Ironman Completes All Five Souls Games Without Taking A Hit

As tough as it is, The_Happy_Hob has just put the Dark Souls series well and truly in its place, completing all five games—the three Dark Souls, Demon’s Souls and Bloodborne—in a row. Without taking a single hit. 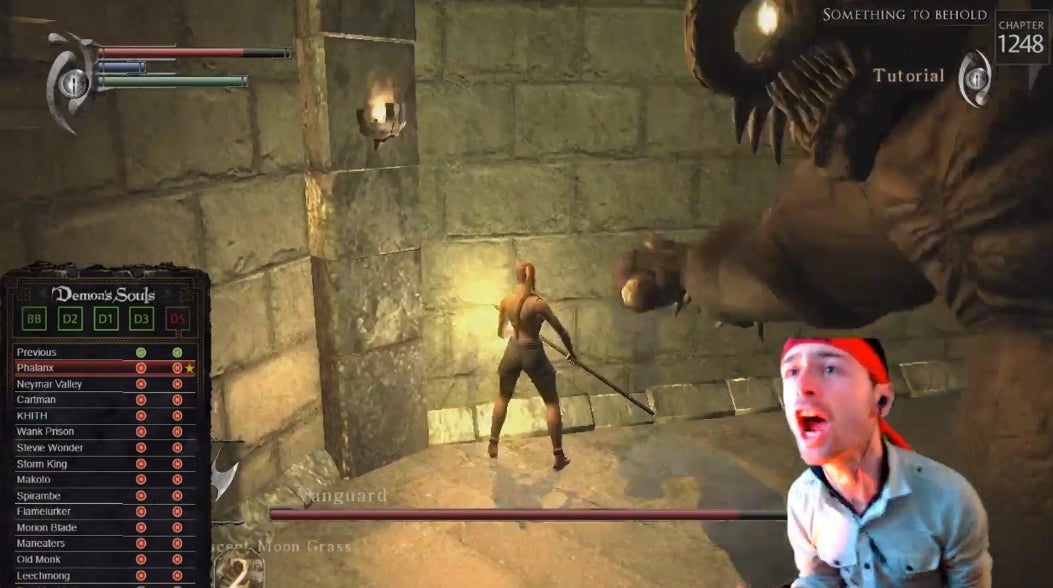 The_Happy_Hob is no ordinary Twitch streamer. In 2016, he pulled off the first no-hit run of Dark Souls, stunning even series director Hidetaka Miyazaki. Last year, he one-upped himself by completing the whole series without getting hit. Now he’s added <em>Demon’s Souls</em> and <em>Bloodborne</em> to his marathon gauntlet. But recently, he 86-ed himself in pursuit of the internet’s favourite number: 69.

Just finishing them back-to-back is a Herculean task in itself (it took over 12 hours!), but doing so without taking any hits whatsoever is just wow. And it’s cool that he managed to pull it off after his last attempt ended so nicely.

You can watch the whole thing here:

Or skip to around 12:10 if you just want to see him finish the thing off and almost die of relief.

Note this isn’t the first time he’s done something like this; he’s previously completed all three Dark Souls games without taking a shot. But man, five games, phew.