It’s The Perfect Time To Return To Legend Of Zelda: Breath Of The Wild

It’s been surreal to fall back into Breath of the Wild’s world so easily, especially considering how I’ve felt about new games that have come out in what was supposed to be a packed month. I ended up having mixed feelings about Metro Exodus, Anthem might be a good video game in a year, Crackdown 3 is less a meal than a throwback snack — the Dunk-a-roos of video games — and I got my fill of Far Cry New Dawn back when it was Far Cry 5, Far Cry 4, Far Cry Primal, Far Cry 3, and Far Cry 3: Blood Dragon.

Breath of the Wild came out two years ago, but there’s still nothing out there that replicates the sheer joy of exploring its world. While other open-world games that arrived before and after rely on quest icons so plentiful that they threaten to blot out the map, Breath of the Wild lets you plot your own course. It trusts you to have a good time. You can always see the next interesting, weird, or harrowing thing just over the horizon, or peeking out from behind a particularly inviting hill. Every piece of terrain you have to negotiate is its own stamina-based puzzle. Then you reach the top, see a veritable promised land of intrigue beckoning you onward, and glide down into the still-mostly-unknown. That moment is perfect: An exhilarating reward and a trepidation-soaked dive into the deep end. Breath of the Wild strings these perfect moments together, turning them into an irresistible rhythm. When I first returned to the game last Sunday, I planned to mess around for 30 minutes or so, maybe do a shrine. I played for eight consecutive hours. 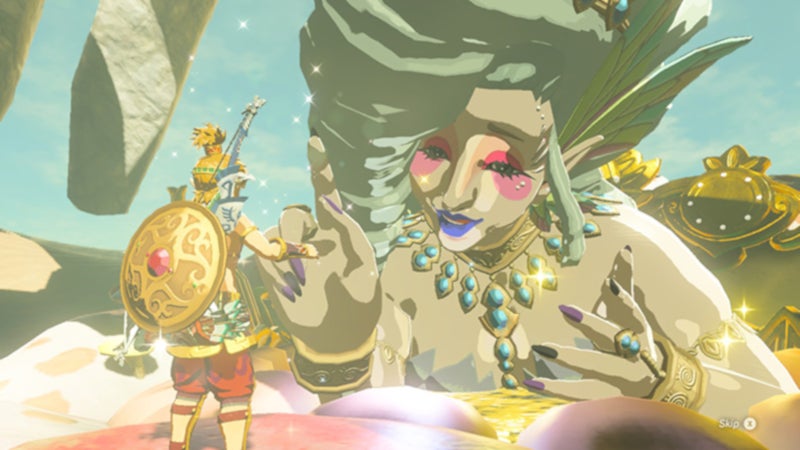 Curiosity is constantly rewarded, most obviously with puzzle-laden shrines, but also with fairy fountains, oddball characters, location-dependent survival mechanics, dragons, mysterious ruins, special items with unexpected interactions, food recipes, and of course, demigods who can bring horses back from the great pasture in the sky. I love the little touches that go into making those things feel like more than just video game rewards. After I discovered the horse reviver’s pod-shaped pad for the first time, I encountered an adventurer who’d heard tell of a horse god not long after. “I wonder if it’s actually real,” the adventurer said. I got the impression that I was supposed to meet this person before I met the god of life, death, and horses, but it still added to my experience. “The horse god is real!” I wanted to shout. “I just met them and paid them a fuckton of rupees to bring back my dead horse! I’m poor now!”

In hindsight, I realise that I never really quit Breath of the Wild like I did with Assassin’s Creed Odyssey, Far Cry 5, Spider-Man, and even Red Dead Redemption 2. I never completed yet another mission that felt less thematically appropriate and more like Content (TM) and said, “OK, I get it. That’s enough.” Because it wasn’t enough. After 40 or so hours of playtime, life just got in the way. But returning to it now, it’s still just as special as it was back then—in some ways, it’s even better after so much time away.

What’s changed most, I’ve realised, is my approach to playing Breath of the Wild. I’m much more methodical now. I creep up on everything: bokoblin camps, camouflaged lizalfos, dogs I want to feed. This, surprisingly, is not a byproduct of the fact that all weapons are breakable, a system I actually love because it forces experimentation and creates occasional moments of absolute, hilarious desperation (eat it, haters). Rather, it’s just kind of how I play most games now.

I stealthed all of Metro Exodus, for example, while I played its two predecessors much more violently. My general video game play style was still in flux when Breath of the Wild first came out, but it solidified after more time passed and even more games presented stealth as an option in most scenarios. I’ve found myself more and more inclined to explore these games’ stealth options as they’ve become more prevalent (to varying degrees of success), and when I returned to Breath of the Wild, I had a new layer of the game to dig into. 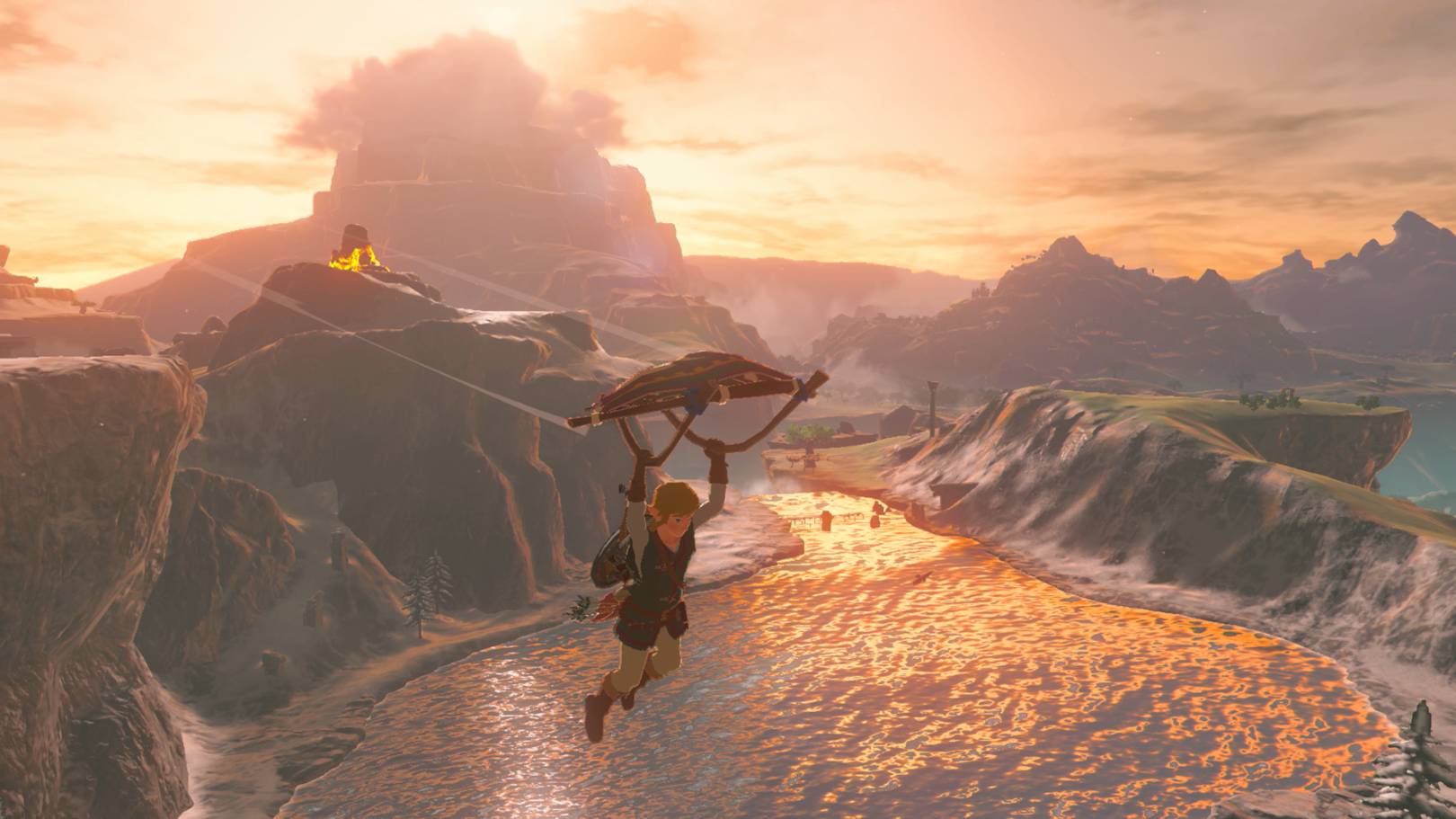 Sure, there’s an appeal to emerging pristinely unscathed from a sword (and spear and boomerang and lightning) fight with a small army of enemies, but I love messing with them when they can’t see me. Dropping bombs downhill, watching curious enemies scratch their heads and investigate, and then sending them flying is one of life’s simple joys. Similarly, who doesn’t love stealing weapons from idle enemies and then watching as they go bonkers in frustration while trying to fight you? These are, I recognise, not the machinations of a Machiavellian brain genius, but one of Breath of the Wild’s greatest strengths is that it can combine majestic exploration, larger-than-life heroics, and dumb slapstick antics, and there’s no dissonance. Unlike in the Far Crys and Red Deads of the world, it all feels like it belongs.

Breath of the Wild took the rigid, sometimes awkward underpinnings of the open-world genre and made them feel as natural as a dip in a secluded river. It’s one thing to play such a mind-blowing game upon its release, when it can only be compared to its peers. It’s another to see it put countless games that have come after to shame, too.