Edmund McMillen—the guy who you might know from Super Meat Boy, The Binding of Isaac, or even just Indie Game: The Movie—used to make Flash games. I used to play Flash games. Lots of them, in fact. It’s been over a decade since my Flash game heyday, and I’m starting to realise how many of them were formative in my gaming career.

I’ve been writing a lot about modern sex games, but recently I started to wonder how much the landscape had changed in the last ten years. So I went on Newgrounds. 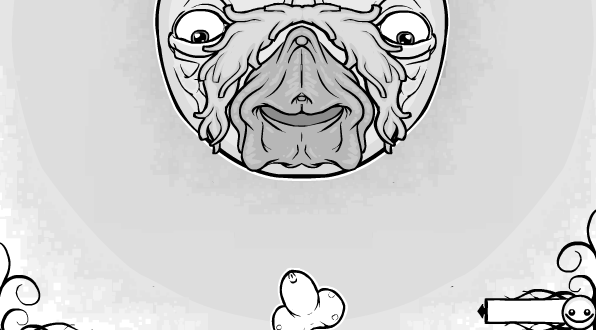 There they were: the sex games of my early adolescence. There were autopsy games—thinly-veiled excuses to undress unprotesting women—and dating-sim-style games where the aim was to beef up your stats and your bank account to get women to have sex with you. And then there was Cunt, which McMillen released in 2008.

Of all games I’ve played, it is perhaps the most deserving of the game journalism buzzword “visceral.” You play a tiny penis-gun, shooting at a gigantic, angry, STD-infested vulva, from which pustules bloom and explode and hatch into bugs that want to kill you.

It’s a weirdly beautiful game, if you ignore the actual mechanics or characters, done entirely in a cursive black-and-white look with splatters of crimson blood left by your fallen enemies. Those enemies range from gonorrhea to syphilis to menopause (which involves a lot of pee, for some reason). 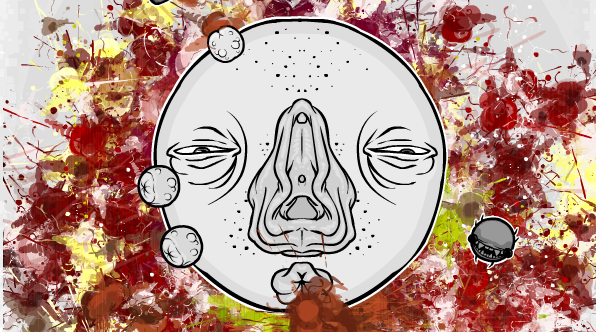 I don’t like any of it. It’s not that fun to play, it’s got janky, loud sound effects, and it makes very little sense. Then again, some of my favourite Flash games had all of these problems and more. So that can’t be the reason.

At the end of the day, what bothers me most about Cunt is that it’s just a bit… pointless. I’m not a huge fan of the vagina-as-enemy thing, but it’s still possible to make a point with it, and it’s not like McMillen isn’t capable of that. Many of McMillen’s games are interesting, even if I don’t personally like them. The Binding of Isaac is a body-horror look at religion and motherhood.

Cunt’s predecessor, Aether, is an adorable story of friendship and loneliness. For the record, I even played some of McMillen’s Dead Baby Dressup games back in the day, which are exactly what they sound like, and although they weren’t exactly memorable, I didn’t hate them. 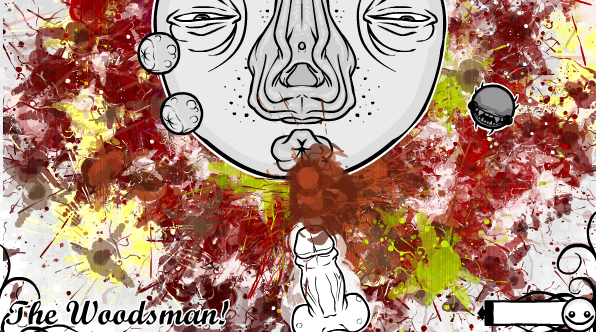 For the record, I don’t hate Cunt either. It just seemed to me to be nothing but edgy for the sake of it. McMillen even admits as much in a 2012 interview with Maddy Myers, who is now a Kotaku editor, on the (now-archived) website The Phoenix.

“I intended it to actually be a career suicide piece,” he says of Cunt, after Myers asks if he intended it to be an “offensive” game. In 2008, when he released the game, McMillen was starting to become known for his games, which led him to worry that he was selling out. So he decided to sell out with a bang.

“There were many times when I thought, I can’t do this. This is pushing it too far, I’m going to upset the wrong people, this is just going to get me in trouble… Whenever I would push into those areas, that was when I would regain the confidence that this is what I wanted to do.” 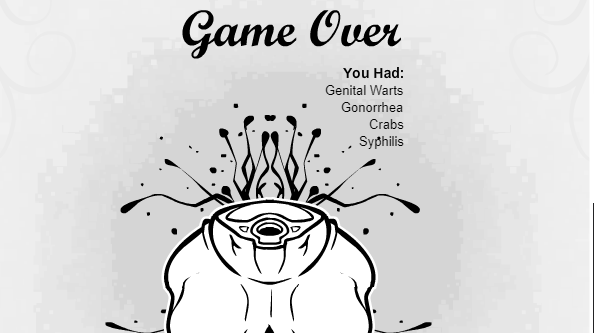 There’s a lot of really interesting, occasionally contradictory insights in interviews with McMillen. He makes clear that he does not consider himself a misogynist, because he says if he were, he would “revel in it.” He calls Cunt nothing more than a “tasteless joke” in a Rock Paper Shotgun interview.

He tells The Reticule that he meant it as a “fuck you” to people who take video games too seriously, but that it was also “a statement about what can be done with games.”

But he also tells Maddy Myers that he wants people to be uncomfortable, and then to question why. It’s a very artistic approach: to hope that people will understand the intent behind your creation, and try to look deeper, beyond their initial reaction. It expects a lot of the work to be done by the player. But that’s just not what happens. Even in art. Especially in genital art. 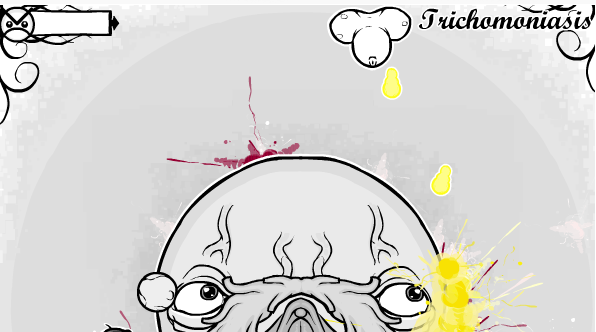 Genitalia, sex, sexuality, and depictions of all of the above are highly sensitive to so many people that it’s impossible to separate your feelings in the same way you might be able to when looking at, say, a Damien Hirst piece. I’ve never been a cow in formaldehyde; I have owned a vagina. I’m always going to have way more personal, knee-jerk feelings to a game like Cunt than I am to a game like Super Mario Bros. 3, and I can’t just put those aside in good faith.

Can we still find enjoyment in shock-horror even if it doesn’t have anything to say? Of course. But it makes me think of Cards Against Humanity. I’ve had a lot of fun with CAH in the past.

But with CAH, everyone has a great time until they find a card that hurts them personally. And as soon as I realised that it was a game with the potential to really hurt people, and to make them see that their friends find their pain funny, I found it left a sour taste in my mouth. Then come the questions: who does this benefit? Who does this harm? What is the point of it all?

With Cunt, I don’t know if I have an answer.

Check out other writings on Cunt over at .