It’s a big year for big red. Not only does Hellboy have a new movie imminent, but 2019 – specifically today – marks 25 years since Hellboy’s adventures began in earnest with the launch of Seed of Destruction, his first comic series. To celebrate, we went right to the source: Hellboy’s creator, the legendary Mike Mignola.

Published by Dark Horse on March 23, 1994, Hellboy: Seeds of Destruction was penned by Mignola and John Byrne, and featured Mignola’s now-iconic stylised artwork (alongside colours from Mark Chiarello and Matt Hollingsworth). It explored a wild world of Nazi rituals and supernatural goings-on, as a tiny little red demon grows into a bigger, surlier one. The legend of Hellboy, and his exploits with the Bureau for Paranormal Research and Defence, had begun. 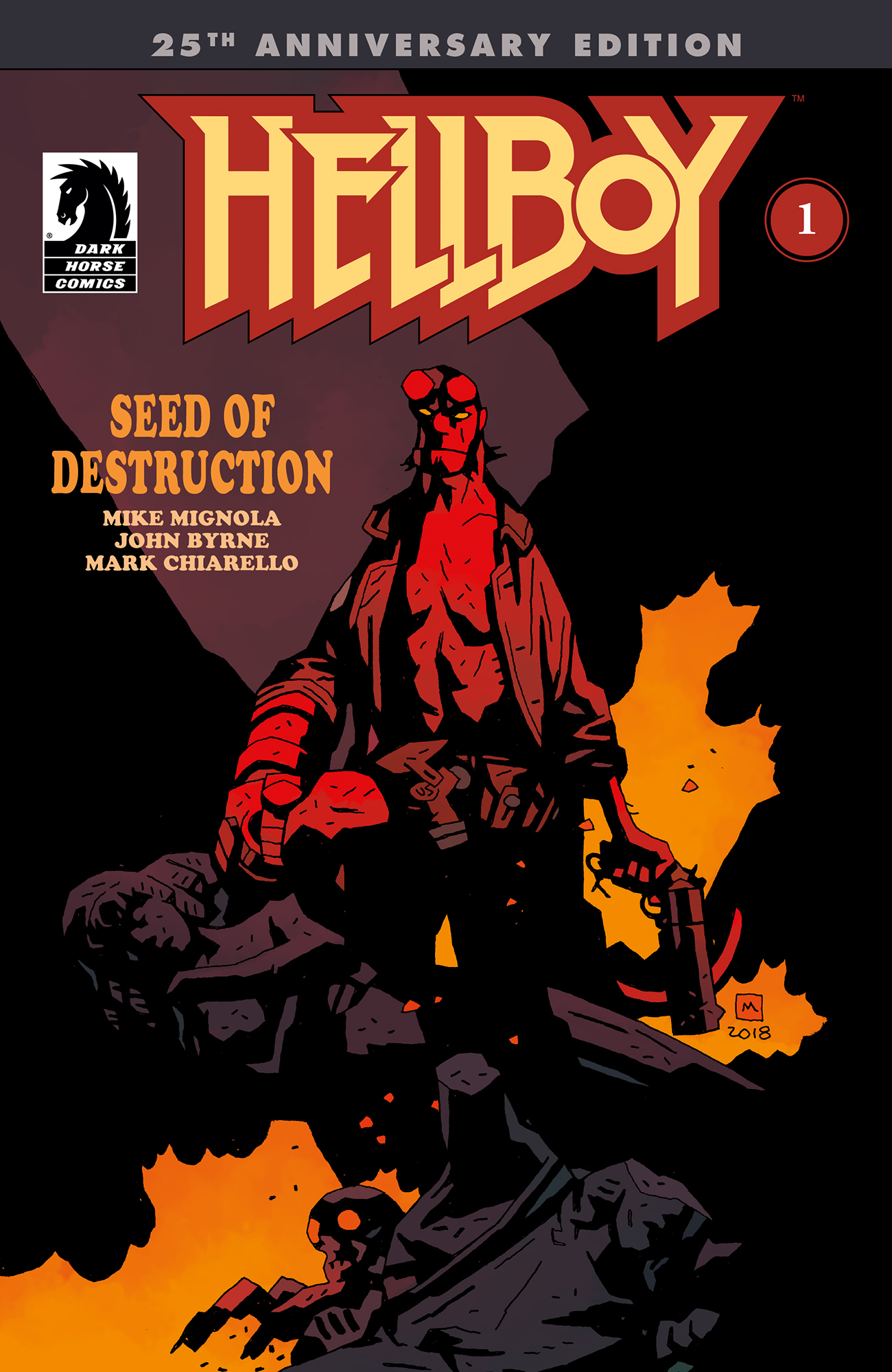 at first with Guillermo Del Toro and Ron Perlman’s cut-short duology, and now with the latest re-imagining from Neil Marshall that stars Stranger Things’ David Harbour as the titular demon.

It all culminates with Hellboy Day tomorrow, which will see the special release of a new edition of Seed of Destruction #1, featuring new cover art from Mike Mignola and colourist Dave Stewart, given away in comic stores across the U.S. so fans can see where it all began two and a half decades ago.

To mark 25 years of Hellboy, we spoke to Mignola over email to see how he felt about just how far his big red hero has come—and where, whether it’s on film or in the comics, he could go next. Check it out below, as well as a snippet from Seed of Destruction #1 to tide you over!

Tell us a little bit about the process of working on Seed of Destruction all those years ago. Did you have any inkling how far you’d be taking Hellboy as a character at the time?

Mike Mignola: I had no idea that Hellboy would actually go anywhere—I was just at a point in my career, after 10 years of working for Marvel and DC, where I wanted to put something out there that was made up of all the stuff I liked. I certainly hoped it would work out but didn’t really expect it to. I had no real expectation of doing more than the one series. I never thought I’d still be doing Hellboy 25 years later.

Hellboy’s grown into a franchise now, where so many more creators share the character with you. As your own involvement with his adventures has waxed and waned over 25 years, what’s it been like seeing the character and his world flourish in the hands of other writers and artists over the years?

Mignola: Certainly nothing I imagined. I figured that even if Hellboy worked out it would just be something I would do myself—but as my focus became more about Hellboy himself I realised there were just so many stories about the other characters I was never going to get to. It only takes a couple minutes to come up with a story idea, but months (or years) if you’re going to write and draw it yourself.

So the whole thing just kept snowballing, and I was very lucky to find a couple writers who were willing to pick up my story ideas and run with them. And then, of course, I’ve been very fortunate that so many great artists like the character and his world and have wanted to work us. It’s pretty amazing to look back on it now but at the time it just seemed like natural growth. There was never any PLAN to create and whole “Hellboy Universe”—it just happened.

What’s the run on the character that still means the most to you, personally? Would it be Seed for starting it all, or something else?

Mignola: The various Hellboy stories are like my children so it’s hard to pick a favourite or, in this case, which means the most. Seed is where it started but I really barely had any idea what I was doing back then.

The third story, The Corpse, is one I look at with great affection because I think, for me, that was the first one that really worked and really became the model for future stories. The Crooked Man is maybe my favourite story I’ve written, and was drawn by the legendary Richard Corben so that one is huge for me.

The three-book run drawn by Duncan Fegredo, Darkness Calls, The Wild Hunt, and The Storm and the Fury, is my super epic—the biggest story I will ever do and maybe in the history of Hellboy the most important.

And then Hellboy in Hell, which was my return to drawing the book and clearly the strangest and most personal. Almost all the stories have something, and I guess what I’m most proud of is that 25 years of this stuff has added up to a body of work I’m pretty proud of. 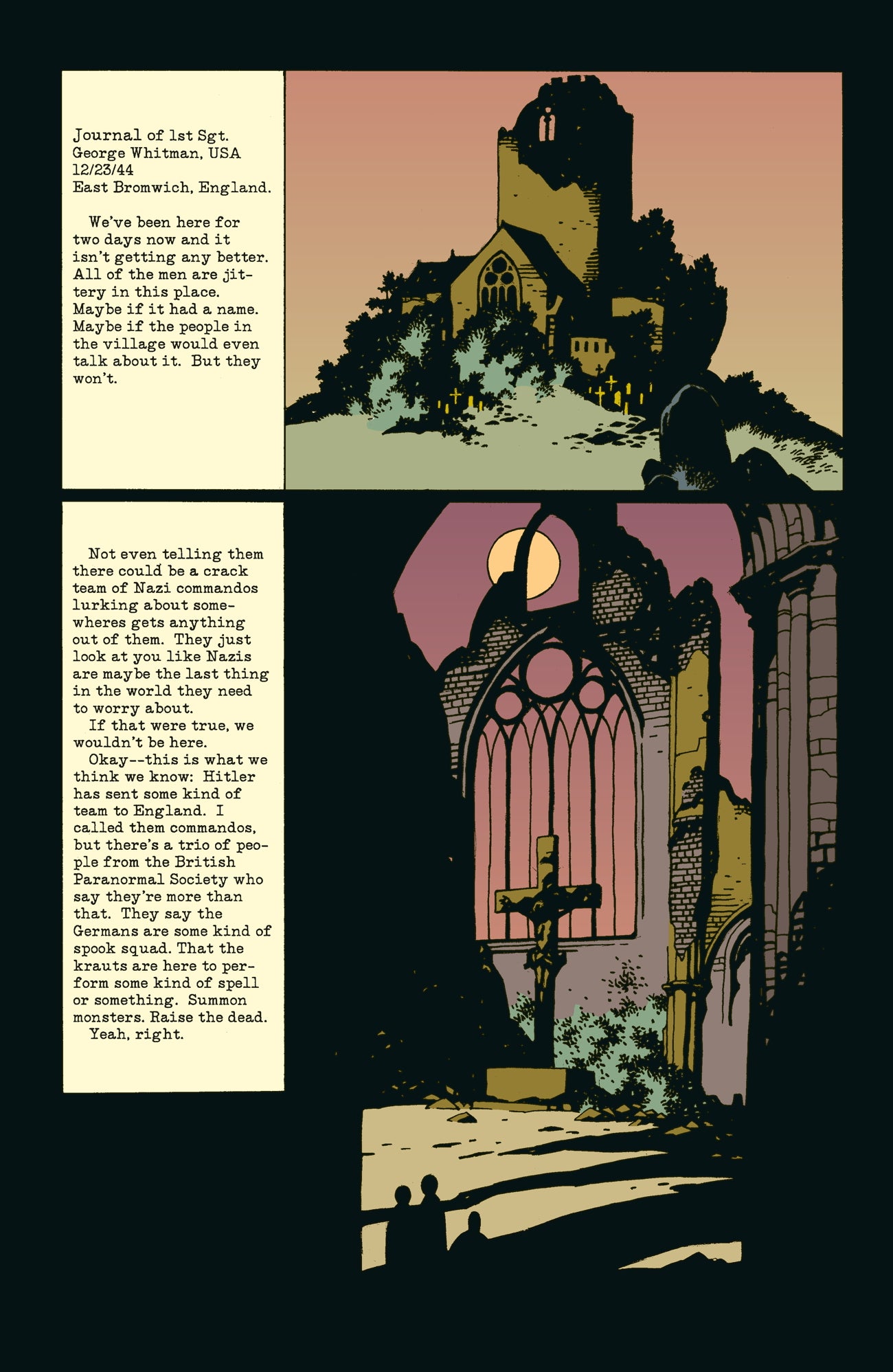 Witness the ritual that gives life to Hellboy in this sample from Seed of Destruction #1. 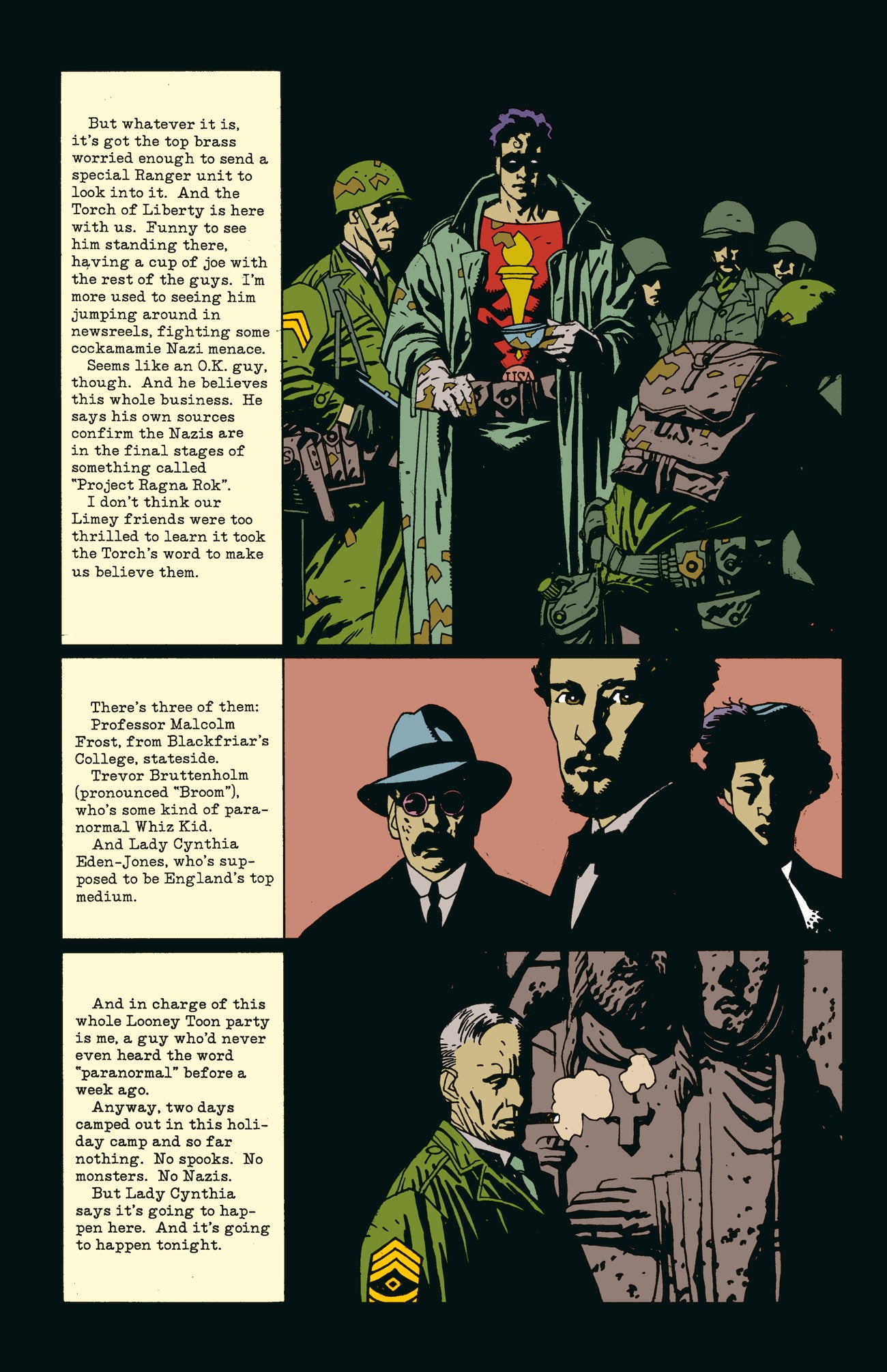 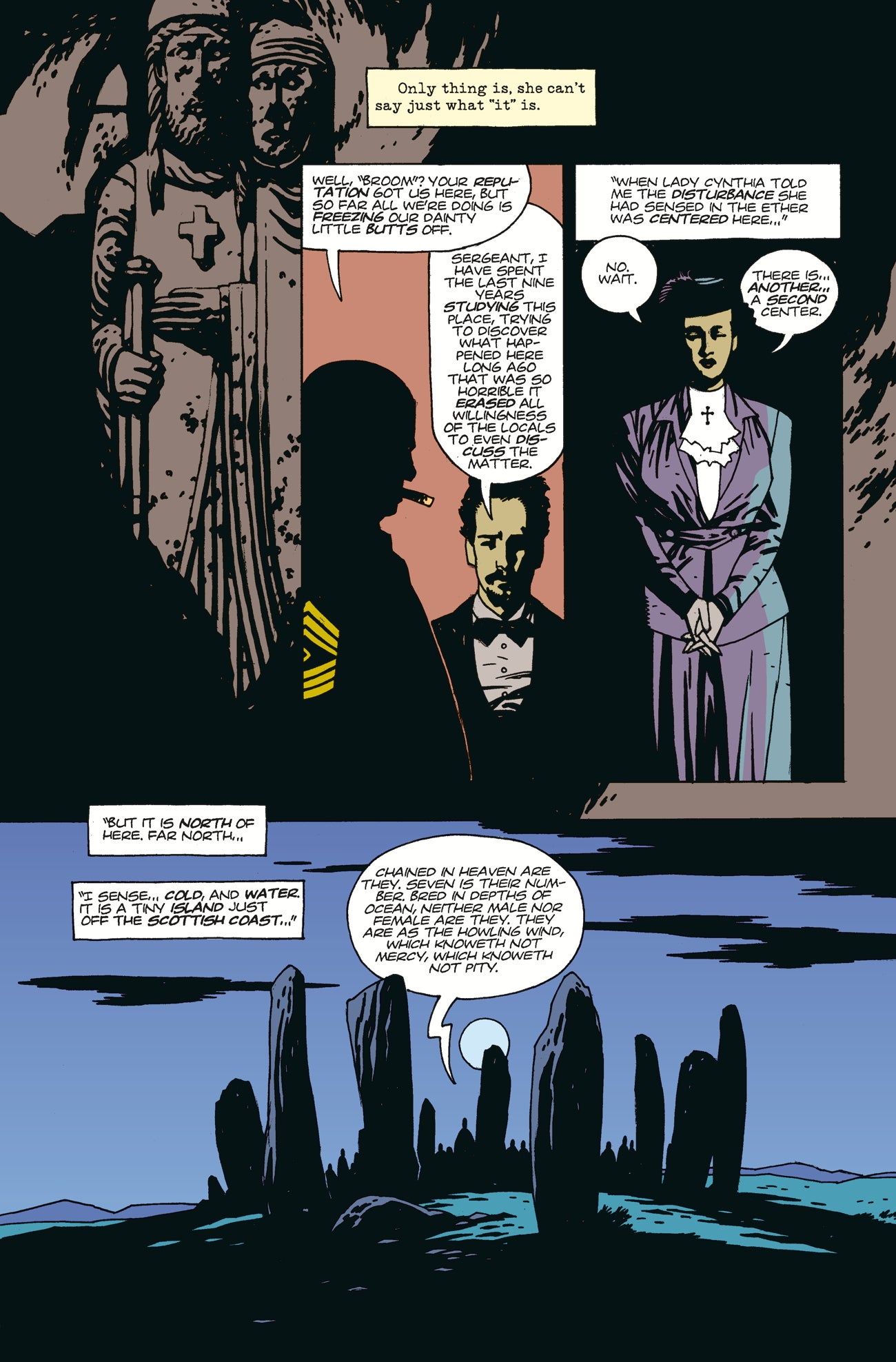 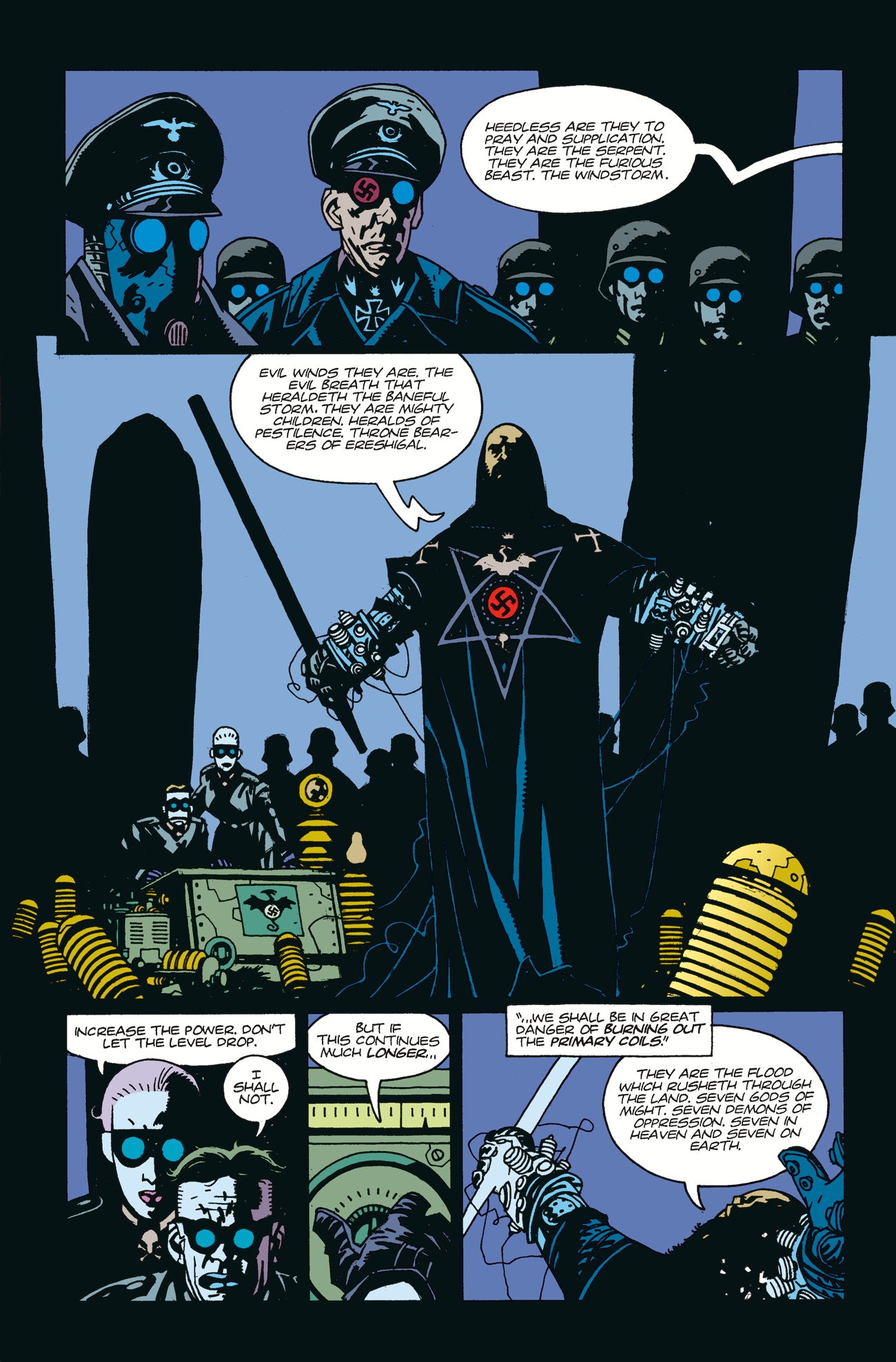 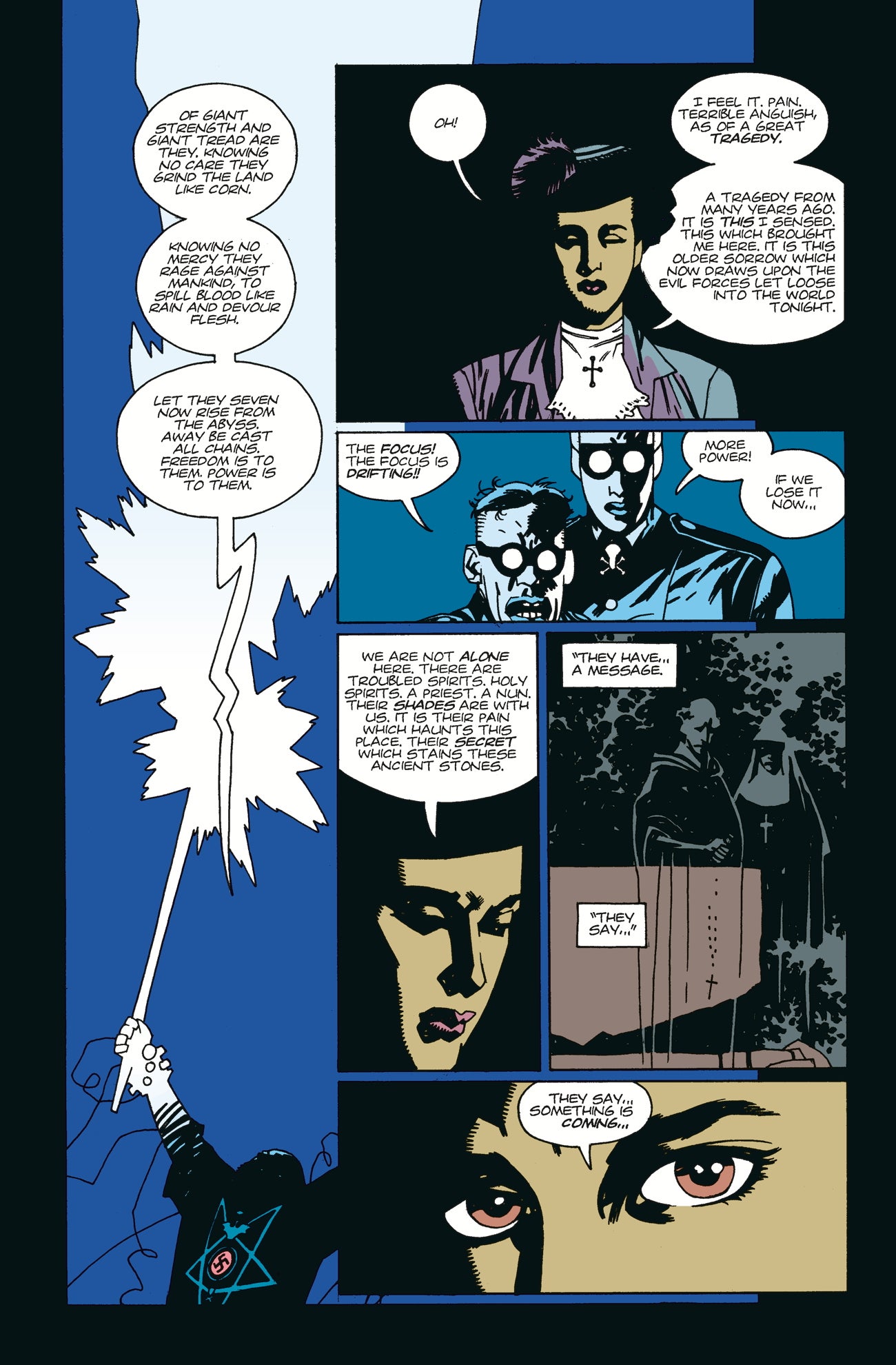 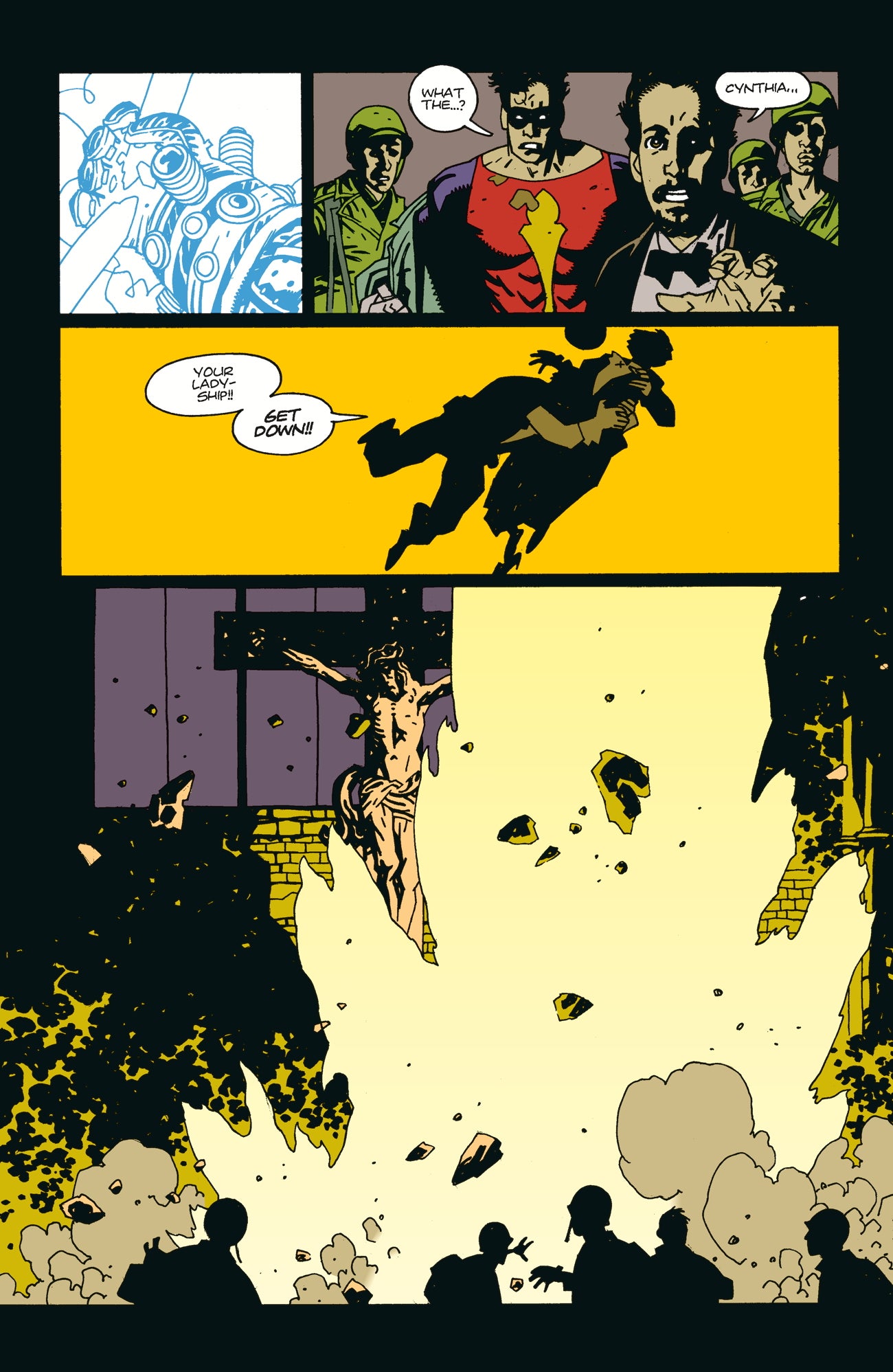 You’ve now had the honour of having your creation adapted to film not just once, but twice. What’s changed for you emotionally in the process of watching that unfold this time around, now that the latest adaptive take on Hellboy is happening in a different landscape for comic book movies?

Mignola: I never imaged there would be a film, let alone three. Even when [Guillermo] del Toro attached himself to Hellboy I never really believed he’d be able to convince a studio to make a Hellboy movie. But he did. And for me it’s been a slow learning process, and at times a little rough. With the comics I’m the boss and I have complete control of what happens, but the films are a whole other thing.

I’ve been fortunate to have filmmakers that want my input and involvement, but at the end of the day I don’t have any real power on a film—I can’t make something happen or stop something from happening. That’s taken some getting used to. I’ve learned to pick my battles and to keep my real focus on the comics.

What do you think it is about Hellboy that has kept the character going over two and a half decades? And what is it for you personally that keeps drawing you back to him?

Mignola: What people like about the series I don’t know, I’m just really happy they do and that it’s done well enough for me to keep doing it. For me—well I created Hellboy as a vehicle to do whatever I want, everything from pulp-style adventure stories to quiet, subtle ghost stories, and the character himself continues to evolve, so he just doesn’t get boring to me.

You’ve had an incredible journey with Hellboy so far. Where do you see it going in the future—not just in the immediate future, but do you have hopes you’ll be doing interviews like this all over again for Hellboy 50?

Mignola: I don’t know about hitting the 50-year mark, but I do have a whole lot of plans for the next few years at least!