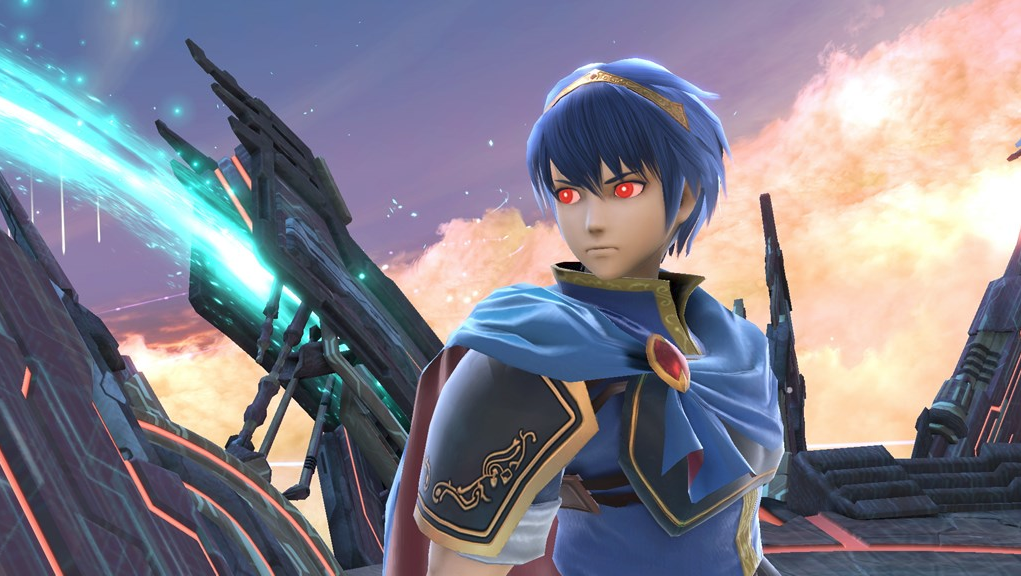 Long-established is the purpose of friends. When you feel like you can’t do anything right, they remind you of the times you did. When you feel like the world’s against you, they loyally stand by. And when you triumph, they celebrate your successes alongside you. All of this, it turns out, it crumpled up and tossed in a trash can overflowing with lighter fluid when you’re choosing your main in Super Smash Bros.

One truism about Nintendo’s universally loved, hyper-malleable fighting game is that everybody wants to be the best player in their friend group. For hours every week, my friends and I compete against each other, comparing ourselves between at-home grinding sessions where we sharpen our top fighters’ strategies and reflexes. The problem, as it is with any fighting game, is choosing which fighter to main. The straightforward calculation for a main fighter includes factors like time played, fun had, franchise fandom, strength against friends’ mains, playstyle comfort, and maybe tier lists. I’ve learned, though, that the input of the friends I’m competing with should not be one of those factors.

I was a Zelda main. As a kid playing Super Smash Bros. Melee, I picked her up as a strong counter to my brother’s Samus, since she can reflect Samus’ projectiles. In Brawl, I mastered beguiling opponents with her teleport ability, persistently showing up behind them and doing immense damage—a skill I carried through to Smash 4 even though Zelda was decidedly low-tier.

All the while, I’d been cultivating some skill with Lucas, EarthBound’s little psychic boy. It was a winning combination. Opponents who hadn’t played against Zelda much, since nobody chose her, were baffled by my strategies. My Lucas, I believed, was simply very good.

Then Super Smash Bros. Ultimate came out, and with it, 76 fighters. Our previous mains received heavy balance changes and nerfs, changing them sometimes irredeemably, while new ones possessed persuasive charms. In an effort to become the best, we all picked through this new buffet of fighters and plopped some main courses on our dish for taste tests. I settled on Zelda, Lucas and, newly, Smash Ultimate’s Inkling.

It would be just a couple of weeks before one friend confided in me that my Zelda wasn’t working: the first trigger for the existential campaign that was coming for my Smash mains.

He could, he said, easily predict my teleporting strategy and counter it, completely neutering my gameplay. His argument strengthened later at a tournament, when he would convince me that others I played with felt the same. Crap, I thought. I need to win. Thinking fast, nearing the tournament’s quarter-finals, I chose to play my Lucas against another friend, a dedicated Mega Man main, who ended up crushing me. “Thank God you didn’t play Zelda,” he would later tell me. “I have no idea how to deal with her.” 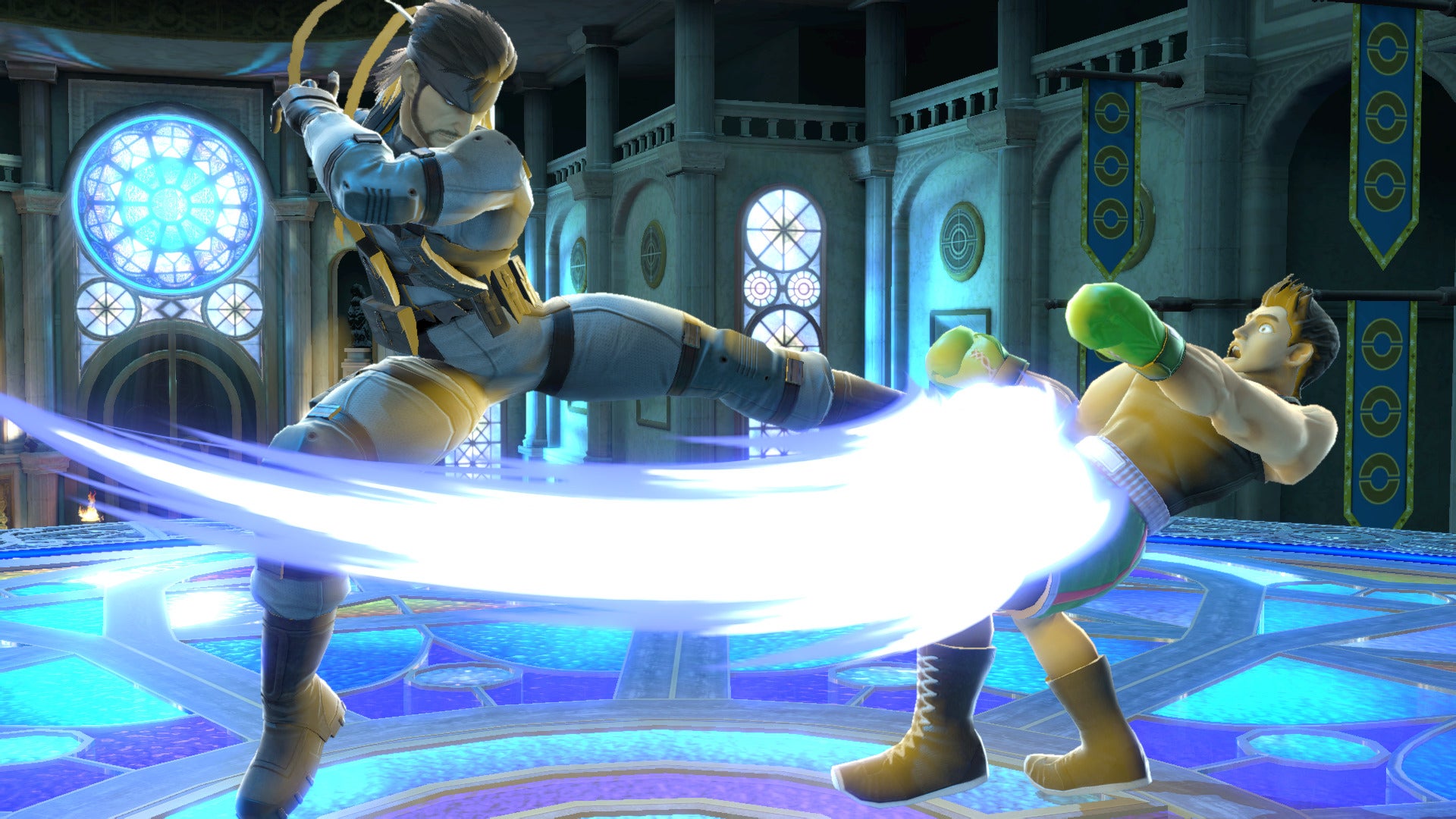 Inkling would be my main, I thought. It had become my strongest fighter as I alternatively showered opponents with ink and buried them deep into the ground, a mechanic that players complain about ad nauseum online. Burying an opponent means they have to button-mash to get out, which, according to another friend I play with often, is unfair and not fun. Every time I chose Inkling against them, they would whine and whine and whine about the burying until, of course, I was forced to drop Inkling against them.

At the same time, in a fit of indecisiveness, I had been leaning hard into my Lucas. I mostly won with him, at least online. Then came the fateful day that I stopped. “Your Lucas is free as fuck,” another friend told me, to the agreement of one more friend present. To prove them wrong, we placed a bet. If I lost against Gabe, I’d be forced to display a pornographic image of Yoshi as my phone background for a week. Confidently, I took the bet. TL;DR, I lost, and wrote all about that in a previous Kotaku Game Diary.

I was mortified, although it was just one week later that I would be two-stocking my friends with Lucas again. I should have noticed a pattern at this point, now that the stakes had risen to being greeted by Yoshi butt every time I opened my phone..

Still, a voice inside me told me to trust my friends. They knew what was best. Three down.

It had been several months of this — the ping-ponging, the back-and-forth, the false advice, the cruel deceptions and insults — before I discovered Palutena. Oh, and did I discover her. Palutena is decidedly top-tier in the game, a fact my friends remind me of constantly when she dances over their bleeding corpses with three stocks remaining, and difficult to counter, a fact my friends complain about as I rocket them into the sky. She’s also, according to them, unfair, overpowered and cheap. Any good friend would tell me to stick with her.

If I were the type of person who had an ounce of trust left in me, or an iota of concern for my friends’ feelings, I would comb back through Smash’s 76 fighters, spend weeks honing a new main and trot her out at our next tournament.

But I’ve learned over the last few months that, standing on a precipice between a good and bad decision, the people you play Smash with will not pull you away and set you right; they will push you and you will fall and they will laugh. In Smash, there is no friendship. Do not ever let your friends pick your Smash main.