After years of testing via the Xbox Insider program, Microsoft has finally officially released its free Wireless Display app, enabling PC streaming to Xbox One, complete with controller support. It’s neat when it works. In my experience thus far, it doesn’t work often.

Harnessing industry standard Miracast technology, the Wireless Display app from Microsoft is designed to allow the Xbox One to mirror the display of a Windows PC or Android device over a wireless connection. It’s the same functionality found in most smart televisions.

What makes the Xbox app different is that it allows the Xbox One controller connected to the console to control the PC. You can either use it as a gamepad or move the mouse cursor using the controller’s analogue stick.

It’s easy to set up. Download the application to your Xbox One and start it.

Then hit the Windows+P on your PC keyboard, choose “Connect to a Wireless Display,” select your Xbox from the list and, if all goes smoothly, your PC display will be mirrored on your television. From there, you should be able to launch a game via Steam or GOG or Windows Marketplace and play it on your Xbox One.

Or that’s the idea. When I first connected, regular Windows applications ran fine. My Xbox controller handled mouse controller duties smoothly. There is no keyboard support, either virtually or with a real keyboard and mouse connected to the Xbox One, so it’s not up to more involved productivity tasks. It also cannot stream protected content like Netflix, but the Xbox One has its own apps for that anyway.

The real draw is playing PC games on your television. I had several problems doing that.

My first attempt to run a game, the newly-released free version of Dissidia Final Fantasy NT on PC, resulted in the game running fine on my computer while the Xbox One screen froze, forcing me to restart the app and reconnect.

After a few more failed attempts with similar results, I deduced that games changing my PC display resolution from 4K to 1080p caused issues within the app. Switching my PC resolution to 1920 x 1080, I tried running Devil May Cry 5 on the PC. 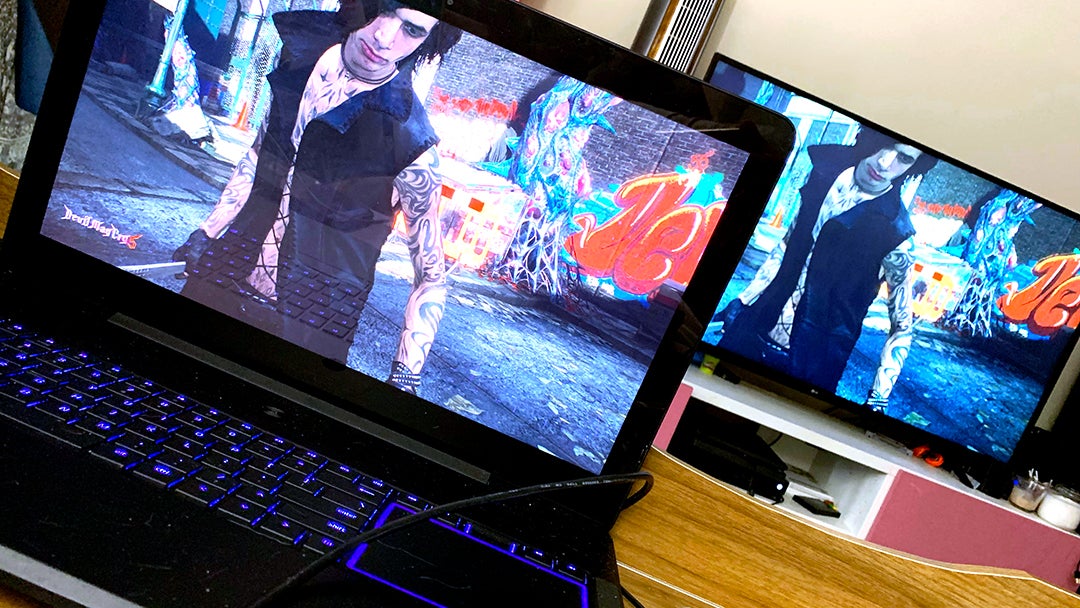 It worked! Not in full screen—I had to switch the game to borderless window mode—but it showed up on both my laptop and television. The Xbox One controller buttons were mapped incorrectly, so I couldn’t quite play, but it was a promising development.

After a bit more experimenting, I found the Wireless Display app worked best when both my PC and Xbox One were set to 1080p. Several games have worked since I changed the settings, including Dead or Alive 6, Super Phantom Cat and Dreamworks Dragons: Dawn of Riders. The lag is modest but good enough for solo play. I would not recommend competitive online games. 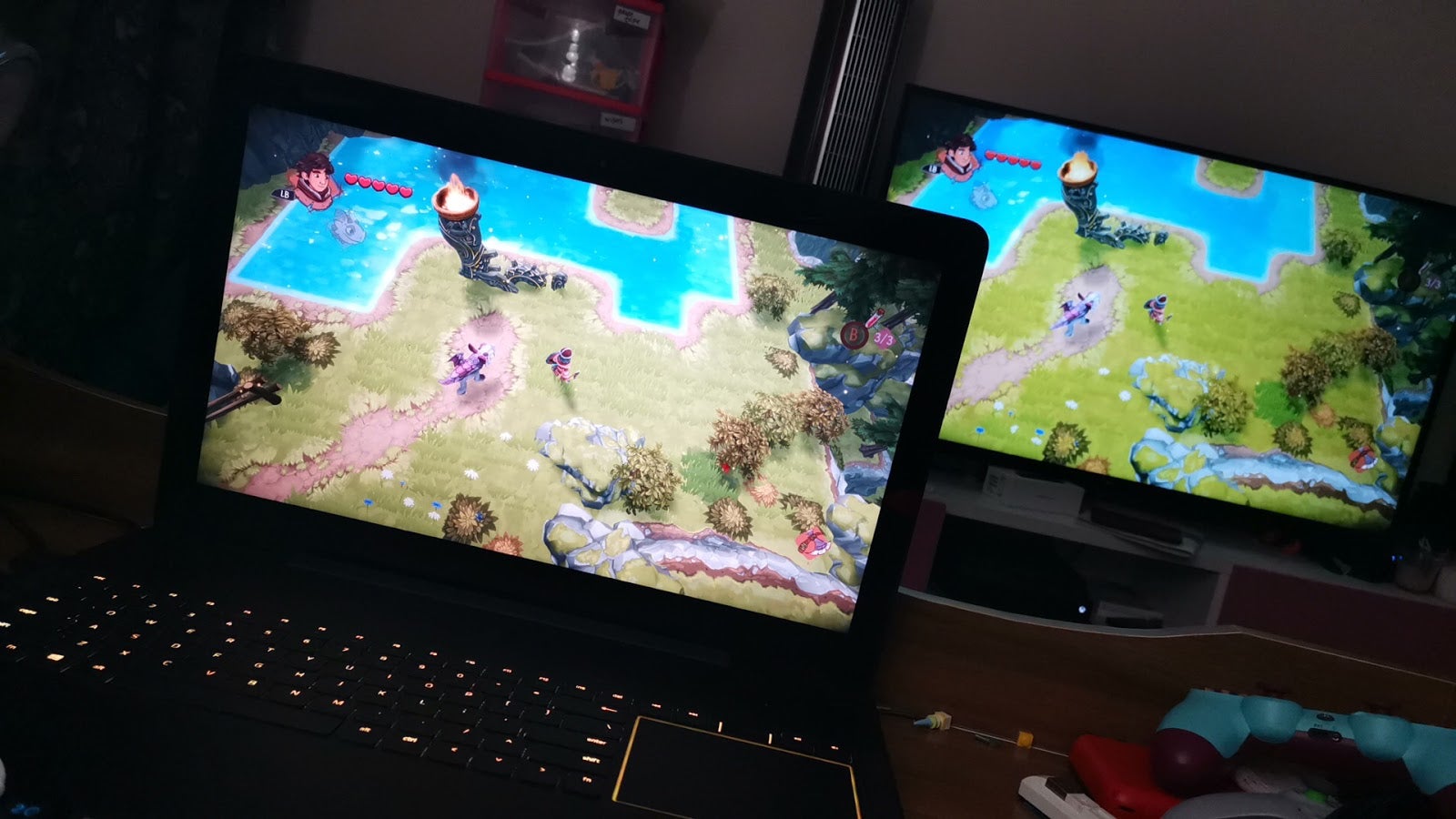 So sometimes it works. Other times the app locks up, or games do not appear. The controller support doesn’t always function properly. I’ve had to reboot after using the app several times because it somehow screwed up my keyboard input.

Overall I found the app to be incredibly finicky, a far cry from the simplicity of a dedicated hardware device like Valve’s now-discontinued Steam Link.

My experience won’t necessarily be yours. While the majority of reviews for Wireless Display on Microsoft’s website are negative, there are a couple that say it works just fine.

In the Xbox One Reddit thread on The Verge’s article about the app, several users report the app works great. Others aren’t having as much luck, especially those with hardware physically connected to their network, as the app only works wirelessly.

Microsoft’s Wireless Display app is a neat idea, but it’s far from a perfect way to play PC games on your Xbox One. Kudos to the company for sticking with the application over the years its been in testing, but for me it’s more trouble than it’s worth.