Coming out of absolutely nowhere, Nintendo just announced a new virtual reality set for the Nintendo Switch, which will make use of the platform’s Labo cardboard-building concept. 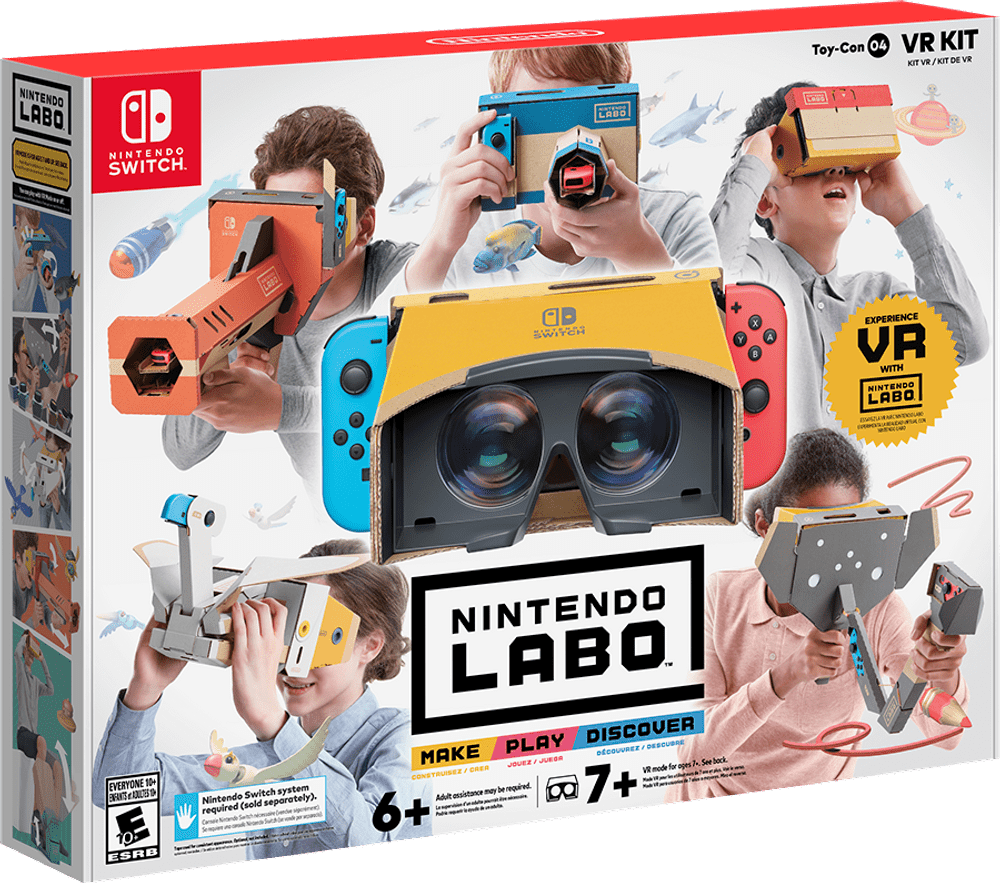 The full pack’s name is the “Nintendo Labo: VR Kit”, and will come in two versions: a full set ($US80) that includes software, goggles and five cardboard designs (above), and a smaller stater kit ($US40) that only includes the goggles and one of the designs, a blaster/rifle (below). 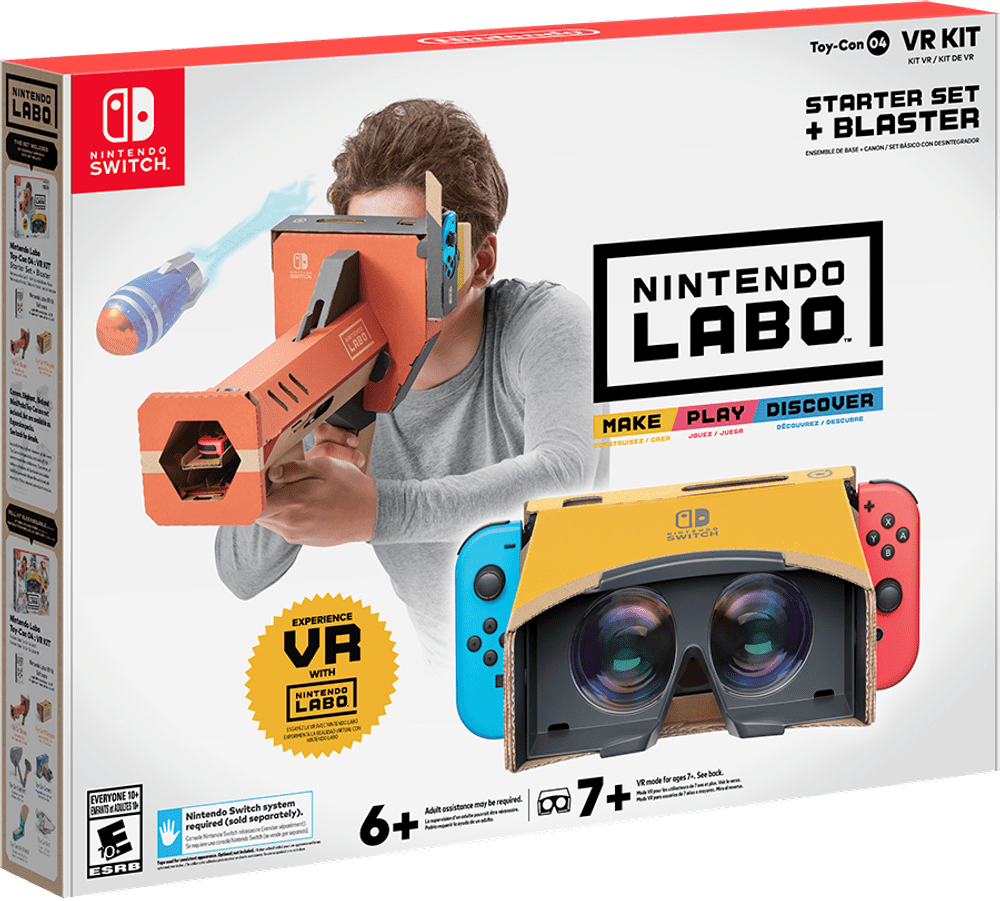 Anyone who only buys the smaller set will be able to buy the additional designs as expansions later on.

Note that this is just a virtual reality set for the Labo, this won’t suddenly let you play Breath of the Wild in VR.

The VR kit will be available in North America on April 12. 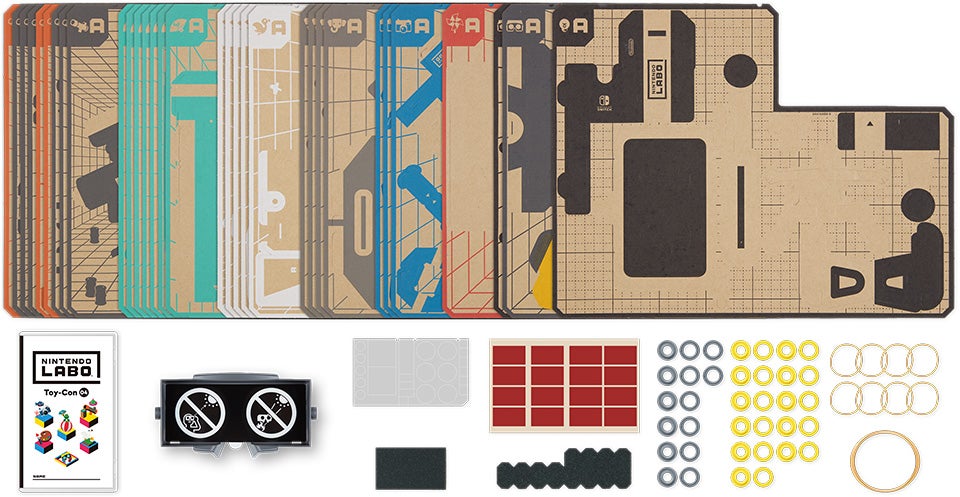 The contents of the full set, including the naked goggles.