No, Cuphead On Switch Won’t Be Any Easier

The retro-themed, hand-animated indie darling Cuphead is headed to Switch on April 18. Its developer is excited for a whole new group of players to try it, and maybe even play some impromptu two-player at a rooftop party with single Joy-Cons. But the studio isn’t about to make the notoriously difficult action game any easier.

“Some people wondered if we were going to tweak the balance or really adjust things, and I don’t see that as being fair,” Cuphead co-director Jared Moldenhauer told Kotaku at a Nintendo indie games event at Game Developers Conference this week. “We wanted to let the next wave of gamers experience it exactly how we intended to make it.”

With an aesthetic directly inspired by vintage Max Fleischer cartoons and gameplay pulled straight from 8-bit run-and-gun shooters, Cuphead wears its influences proudly on its sleeve.

Formerly an Xbox and PC exclusive, it will soon be available to players on Nintendo’s hybrid console. The Switch version will even get Xbox Live features added in later, in a further illustration of the buddy-buddy relationship that seems to be blossoming between the two Seattle console makers.

“There’s something beautiful happening on the scene, where you see more partnerships between the giants,” Moldenhauer said. It was Microsoft that approached Cuphead’s developer, StudioMHDR, with the idea of porting to Nintendo’s platform.

“When it came up that they wanted to get more viewership on indie games, and they wanted to have more gamers capable of playing these games, they said, would you like to jump on the opportunity of going on Switch?” 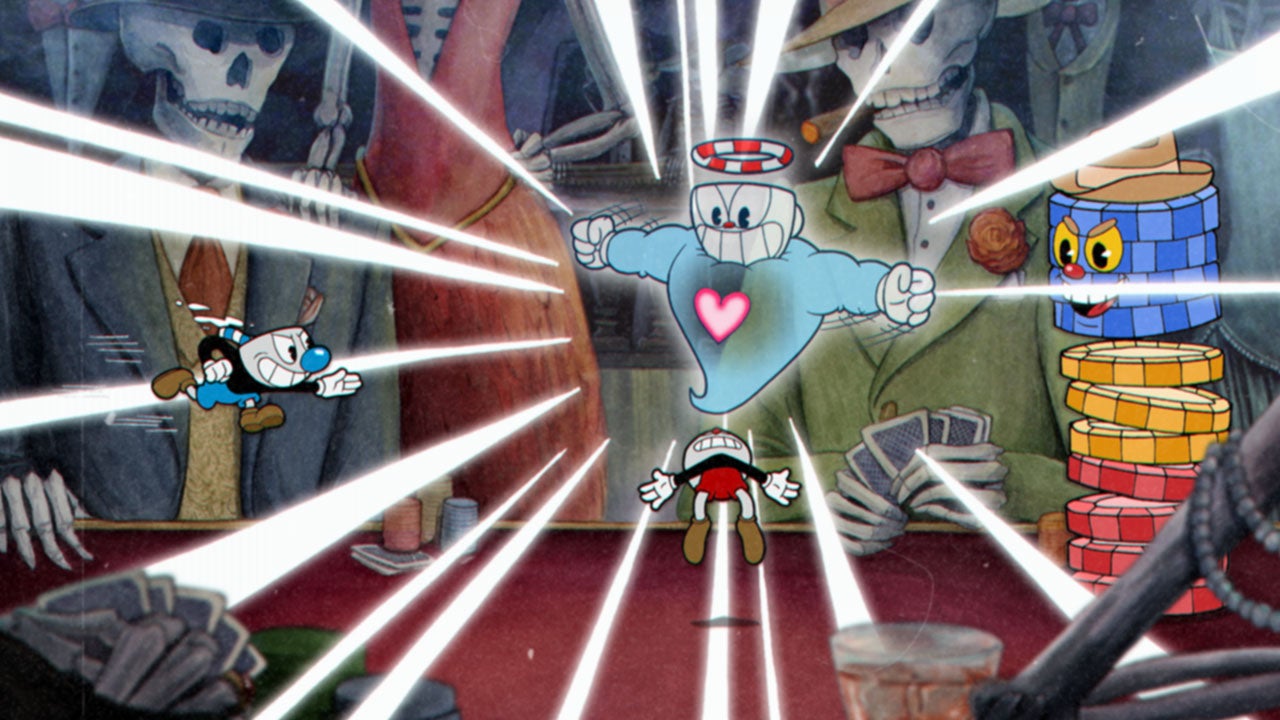 “I’d be a crazy person if I didn’t say yes,” Moldenhauer said.

“Any child who grew up in the era of the Sega-Nintendo wars, those two are the legendary gods of gaming. So since there’s only one left in the consoles, it’s like, how do we get on that? How do we validate our young selves? What would make little Jerry the most excited in the future?”

Moldenhauer is excited for the possibilities for Cuphead on Switch. Since all versions of the game only have local multiplayer, the Switch’s dual Joy-Cons mean new ways for folks to play together. “We can finally get what our vision is, which is friends and family playing together,” he said.

But even though a release on Switch will likely mean more younger or less experienced players being able to try Cuphead, the game won’t be getting any sort of difficulty or balance tweaks, or extra modes, for its Switch debut.

As Moldenhauer pointed out during our chat, the game already has an Easy mode, but it’s an abbreviated experience — you don’t get to play every phase of the boss fights, and you can’t play the final stages at all. That decision was made because the studio wasn’t happy with how the game would have played otherwise, he said.

“Some patterns and some things became too complicated that you couldn’t tone down the variables to make that playable” in an Easy mode, he said. “Essentially, you would be playing nothing… or, there was no joy in it. We tried to reduce it down to what could be easier, yet still a challenge.”

“The end result, where people are a little upset that you can’t beat the game is,” he said, “an homage to the era, that there were just a ton of our favourite games as kids where you’d beat the game on Easy… and it would just be like, ‘now try it on Normal’. Another aspect to that is, once you’ve built that skill set, going back and seeing more and putting your skills to use, I never had a problem as a kid.”