Not All Blu-ray Releases Overhaul Anime

It’s become expected that the disc release of an anime will go back and fix any spotty animation that the show let slide during the broadcast. That’s not always the case!

Writing about Gotoubun no Hanayome today. Does anyone else besides me obsess over the drop in animation quality of some shows from episode 1 compared to later episodes?

Of course in this show, we know where the budget went, since it’s got a great seiyu cast. pic.twitter.com/wqBpcs5BDs

As pointed out on 2ch, Japan’s largest bulletin board, the Blu-ray release of The Quintessential Quintuplets (Gotoubun no Hanayome) didn’t exactly clean up some of the bad animation of character Nino Nakano. (Later episodes had better quality animation, but the earlier episodes were rather rough.) 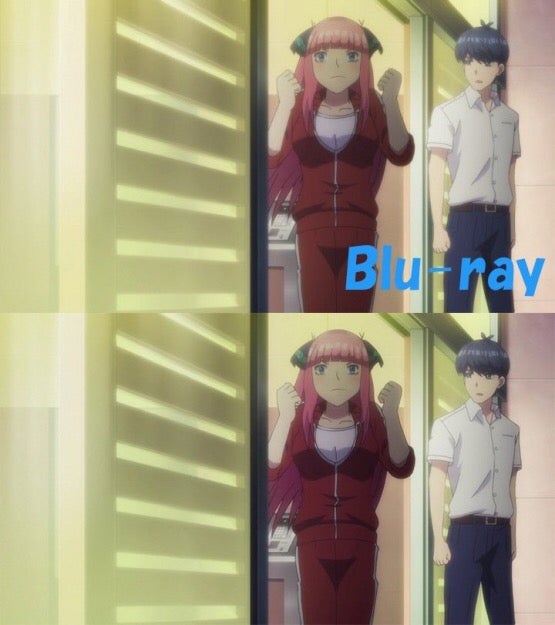 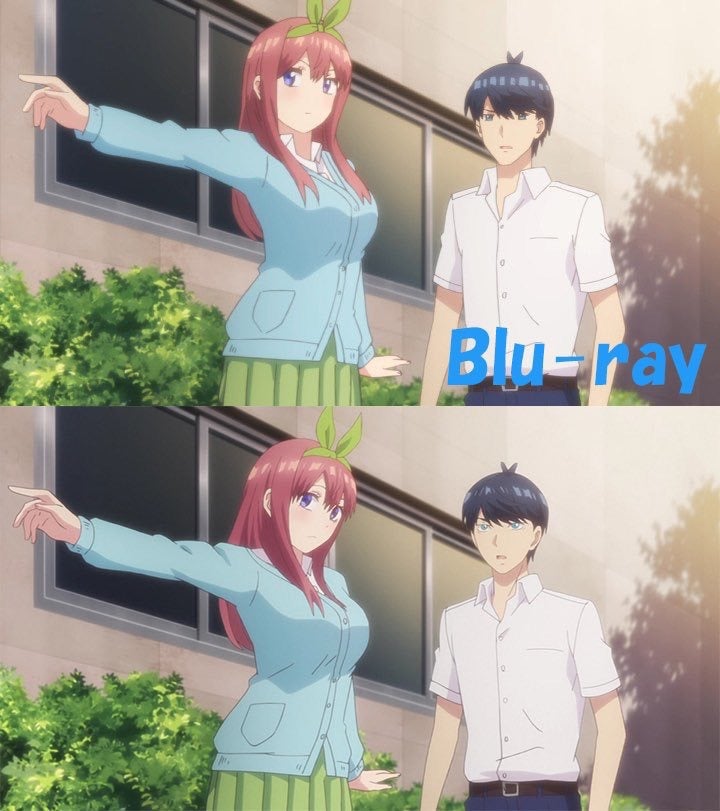 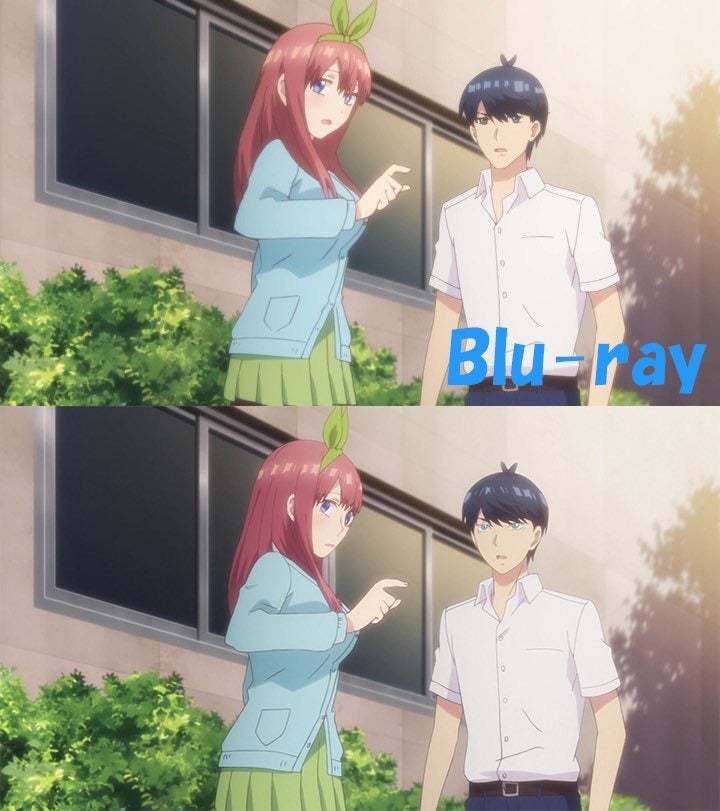 See? There are changes, especially in the last image, but they are minimal and are in stark contrast to more extreme overalls we’ve previously seen (for example, below). Perhaps, that’s because the show needed less work? 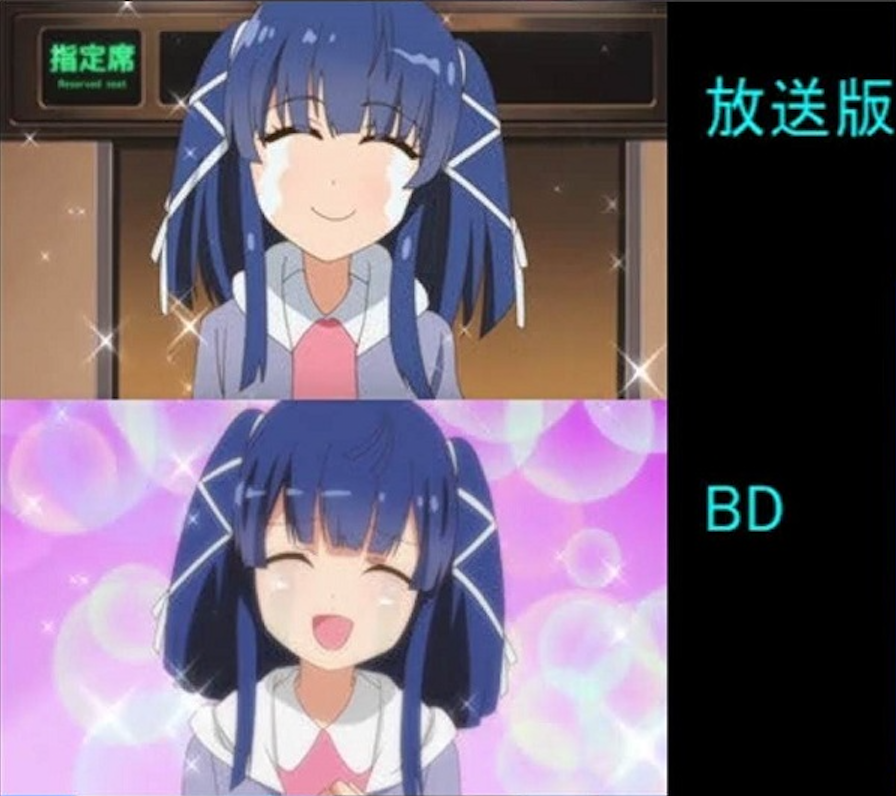 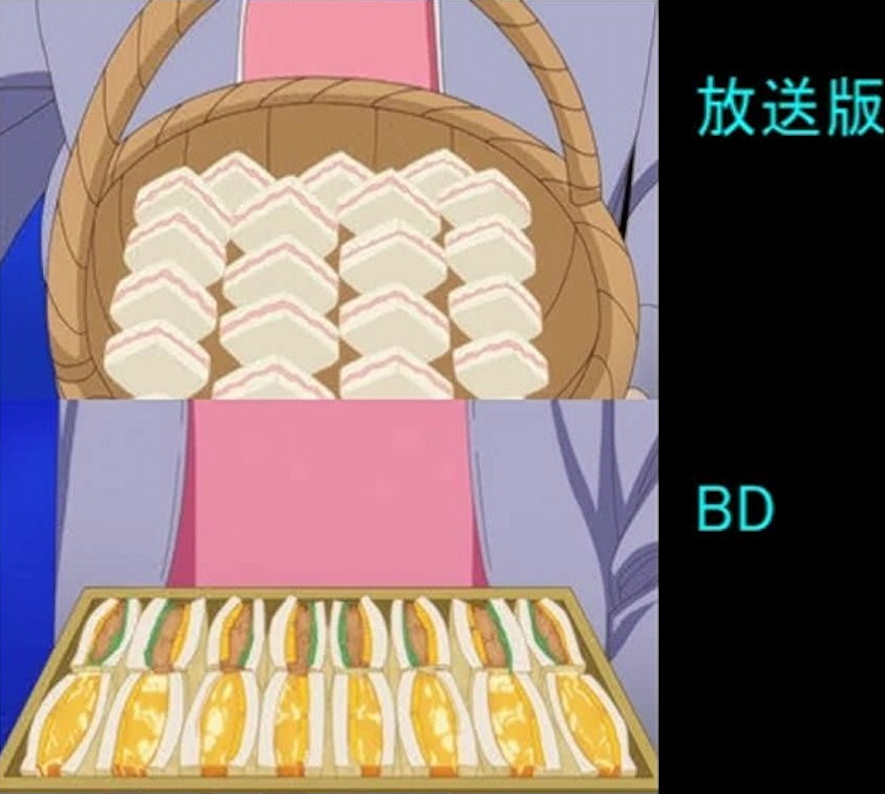 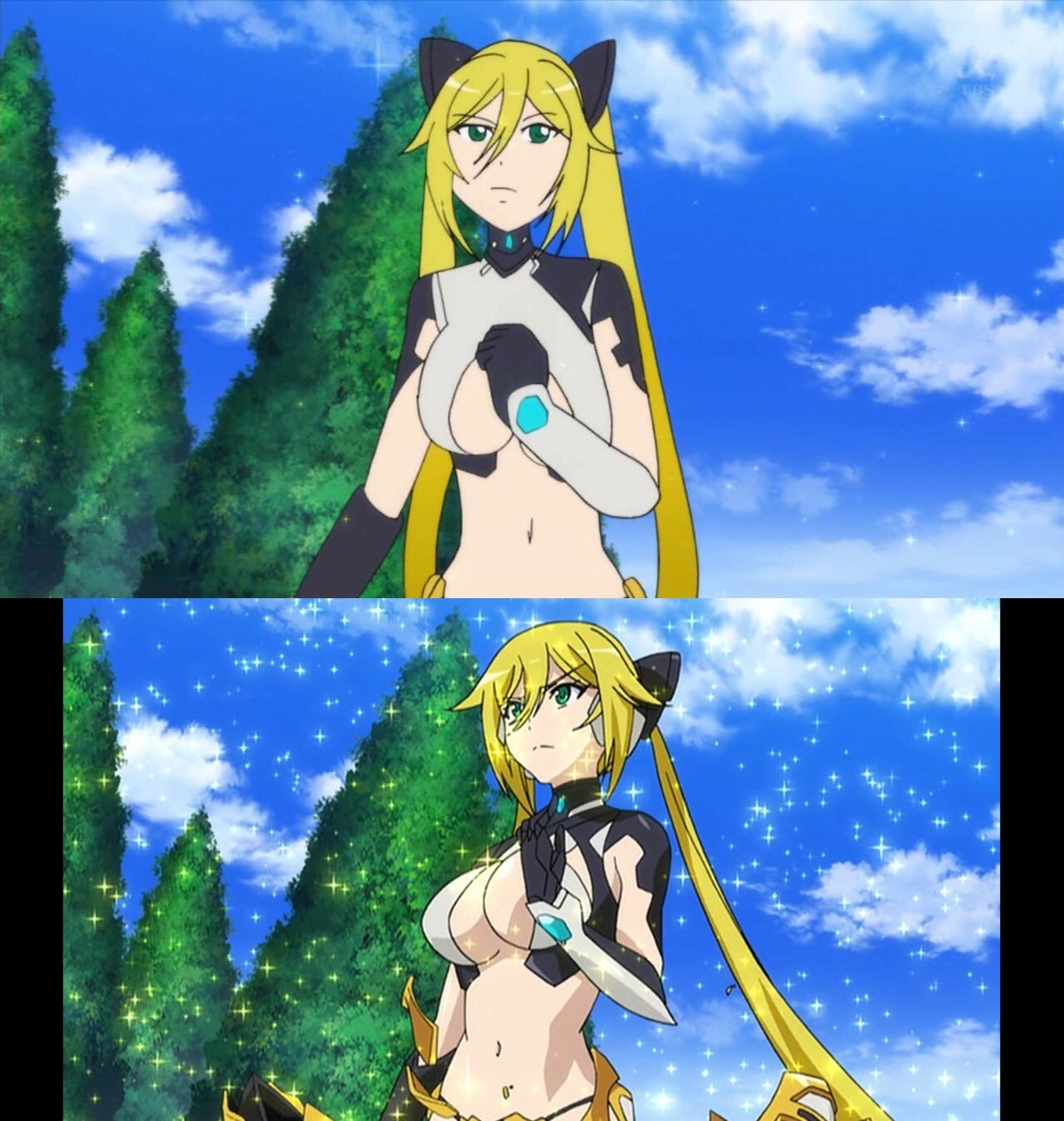 There is a precedent for this—for example, the disc release of My Sister, My Writer. See how it stacks up with the original broadcast (disc release is on the left, while the broadcast original is on the right).