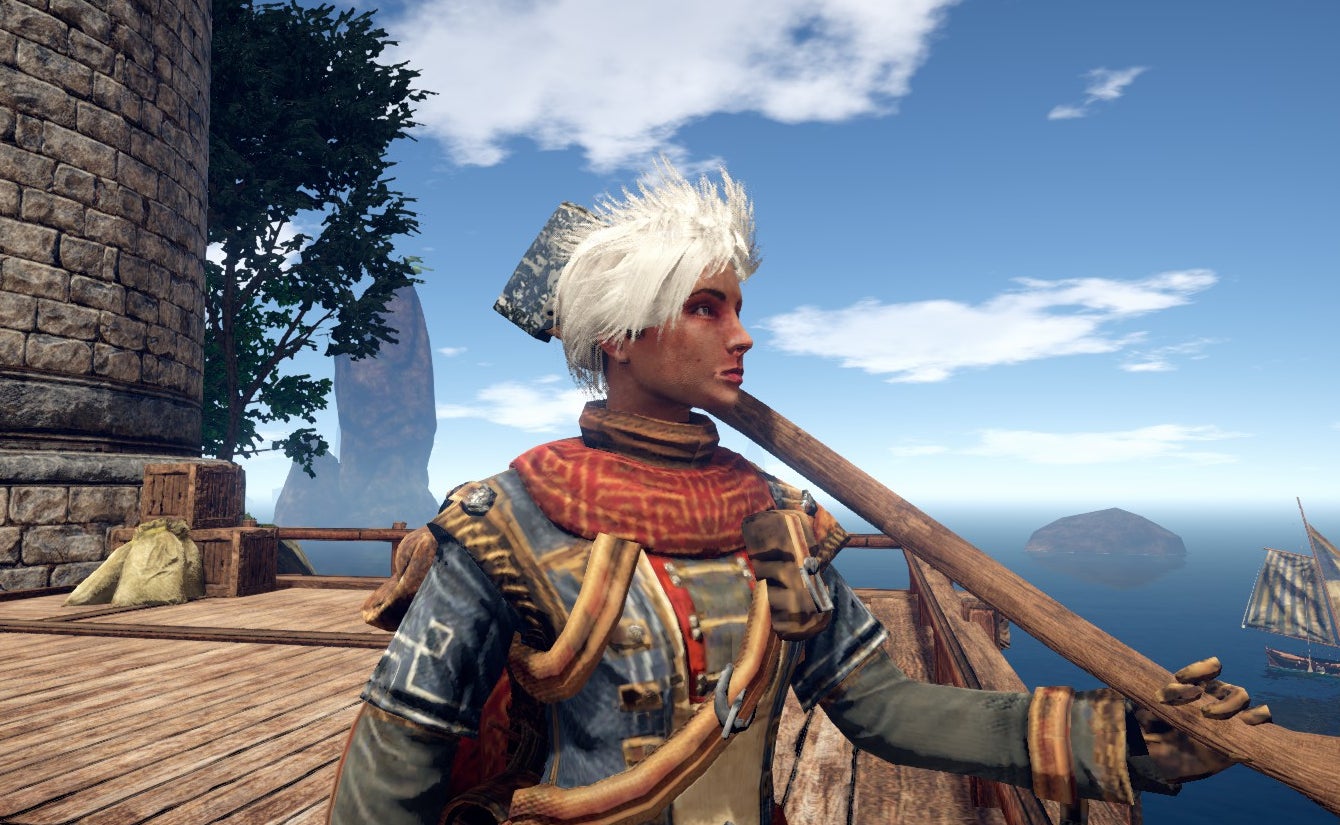 When I began Outward, I found myself surrounded by a murmuring crowd of villagers. They were gathered not to cheer my impending heroic escapades or tell me that I was destined to kill god, but instead to inform me that I was in debt, and I had five days to pay it off before I lost my house. In Outward, you’re a nobody, and that’s its greatest strength.

In Outward, an open-world fantasy RPG that just released on PC, you’re not a hero or a half-demon. You don’t even know magic (at least, at first). I had to spend the game’s initial 15 minutes scrounging together a backpack, water skins, and an axe, because otherwise the village guard wouldn’t let scrawny little me venture beyond our humble walls. He was worried I’d get my arse kicked or starve to death. And justifiably so.

Unlike other fantasy game main characters, my Outward avatar—who I named “Anime Geralt” because, well, look at the picture—had to eat and sleep on a regular basis, as well. On top of that, she could get infections from wounds and even catch colds while exploring the untamed wilds.

Outward does everything in its power to disabuse you of the notion that you’re special. Heck, you, the almighty player who exists outside space and time, can’t even save-scum your way out of tight spots. The game offers your character a single file that constantly auto-saves. If you fuck up, that gets written about in the history books alongside your modest triumphs.

All of this might sound tedious, but it sets Outward apart from the Skyrims and Witchers of the world. Outward, thankfully, uses these complex mechanics to produce an effect—a feeling—rather than just to be “realistic” for “realism”’s sake. It constantly dangles the prospect of looming failure in front of you, but if you do fail, it makes that failure interesting.

For instance, in pursuit of money to pay off my debt, I decided to storm a bandit camp and make off with all their ill-gotten goods. Bad idea! Outward’s combat system is like Dark Souls but, uh, bad. There’s a stamina meter, dodge rolls, and all that jazz, but it feels weightless and imprecise.

So while I could clumsily out-dodge one bandit, a whole horde of them proved too much for me and my axe, which – I realised while getting beaten within an inch of my life – was forged to chop down trees, not people.

But when you “die” in Outward, you don’t actually die. Instead, your story moves forward. In this case, I was imprisoned by the bandits. I then had to make my daring escape. And by that, I mean I ran around like a cowardly, pants-wetting idiot until the bandits’ AI got confused, then I swiped my backpack and sprinted for the hills.

I proceeded to get my revenge by sneaking around outside the bandit camp for two days, meticulously picking off bandit patrols, and selling their gear to pay off my debt. Was it a victory in the traditional sense? No, not really. But it felt damn good. 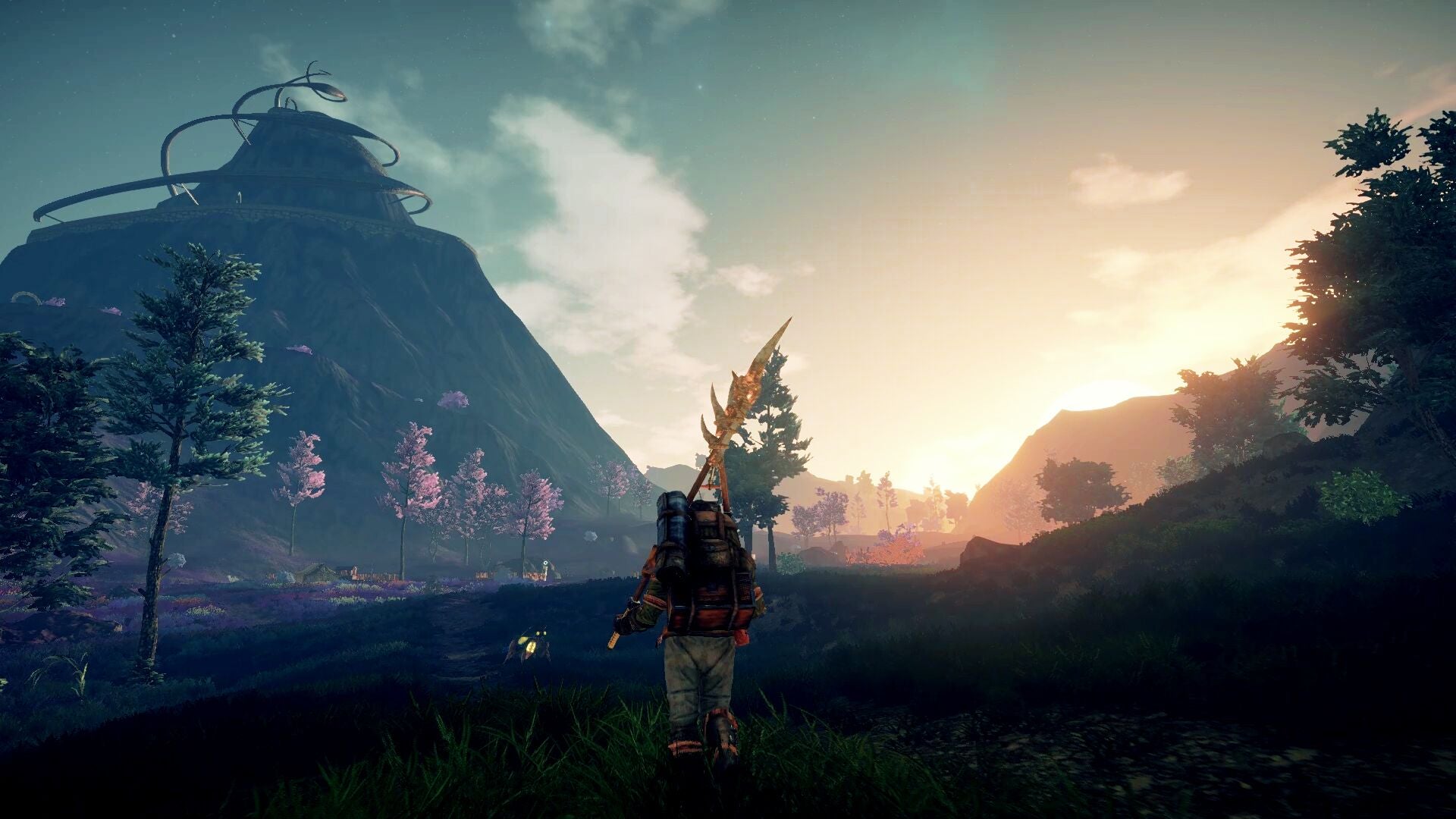 In Outward, you’ve got to take things slow. Each area of the game’s gargantuan world is a place to be learned and navigated, rather than conquered. You can’t just spring into action or walk in a random direction and see where fate takes you.

You’ve got to consider how much food and water you have, whether or not that food is close to rotting, where you’re gonna set up camp so that you don’t get attacked while sleeping, whether you’ve got the right clothes to keep your brittle bones insulated from various climates, and so on. Oh, and don’t forget to bring a lamp. In some games, it gets dark at night. In Outward, it gets dark.

You also have to account for your backpack, a physical manifestation of your inventory that you can put on and take off. It is, in so many ways, the game’s thesis statement. It marks you as an explorer first and foremost – not a hero or a conqueror. You can craft better backpacks, ones that have more inventory space and exterior slots for tools like lamps.

But the inventory system is messy and disorganised, and the backpack makes you even clumsier than usual in combat. Most of the time, your best bet is to drop it as soon as an enemy has your scent and then grab it when everybody’s done yelling and bleeding.

But this can lead to unnecessary trouble when, say, you’re holding a torch in an ink-dark cave, mushroom-like enemies emerge from the black, and you shrug off your backpack to prepare for combat, only to realise you were storing your axe inside it and not on your person.

In hindsight, this comedy of errors that, yes, dear reader, definitely happened to me is hilarious, but it was frustrating at the time. And if you can’t reclaim your backpack after an excursion gone wrong, then woe be unto you and all your precious possessions. They’re gone, and you’ve got to start crafting and collecting from square one—or at least, square whatever-you-have-in-your-storage-box-back-home. 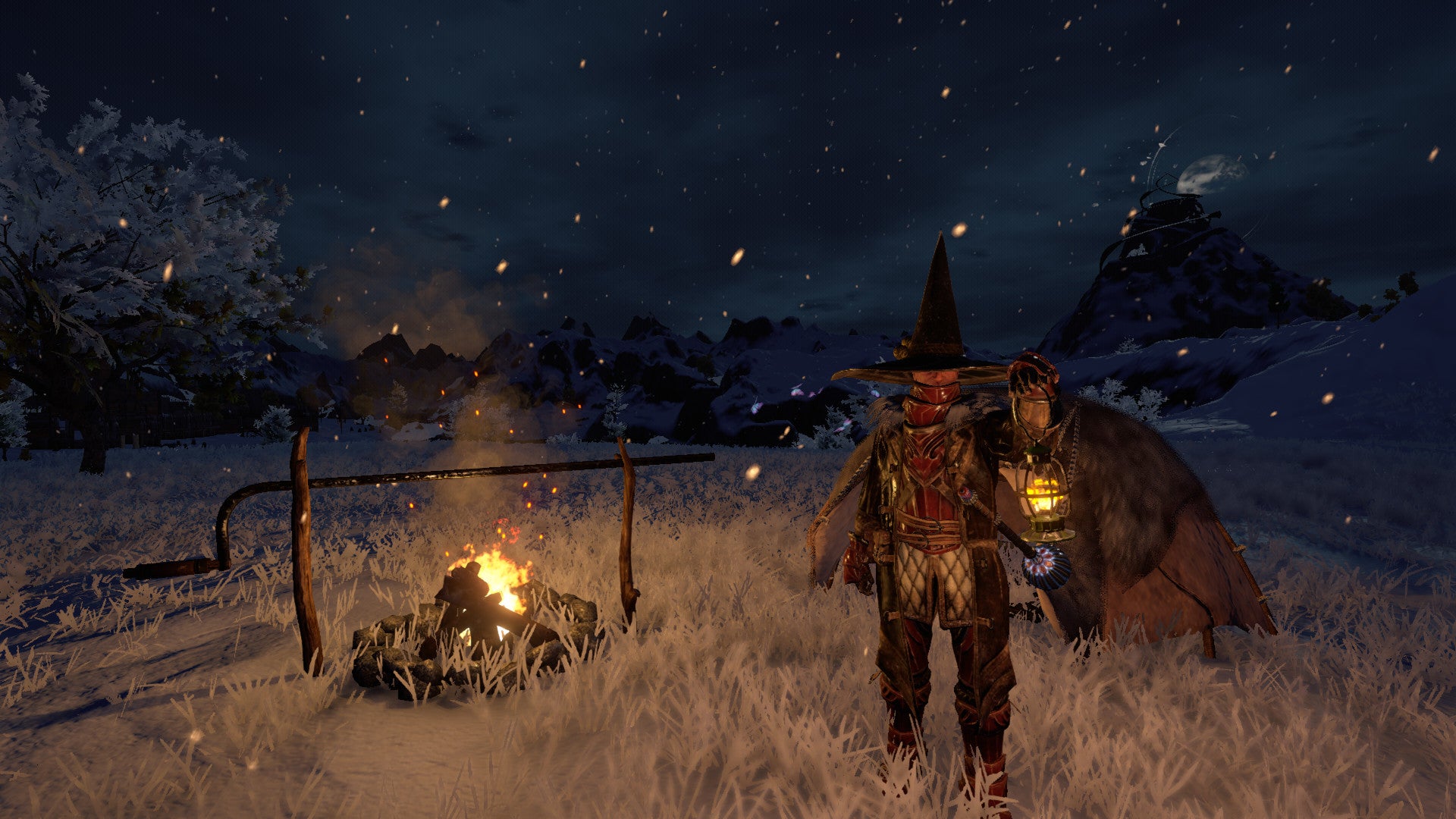 Slowly but surely making your way across this place is a treat, but the place itself leaves something to be desired. Outward’s world is a patchwork of time-worn fantasy ideas sewn together by bland dialogue and unimaginative art. Rough around the edges and almost too ambitious for its own good, Outward feels like a relic from the early 2000s, but it also looks and sounds like a relic from the early 2000s.

There are occasional threads of intrigue in the game’s writing. My starting village, for example, attaches debts to bloodlines instead of individuals so they can’t be solved through abdication or violence. It characterises them not as punishments, but instead, as a way to serve the community. It’s interesting lore, but it’s attached to thin characters and a merely functional setting.

In my time with Outward, I’ve never found myself hoping to meet a new town’s cast of characters. Instead, I’ve just wanted to get back on the open road—plot new courses, survive new journeys, get bludgeoned into paste by new glow-in-the-dark shrimp monsters. Outward definitely tries to do too much, but few fantasy games have so comprehensively made me feel like I’m on an adventure.