One of my favourite games is the park builder Jurassic Park: Operation Genesis. It was released back in 2003. The recent Jurassic World Evolution was a solid successor to JPOG, but Parkasarus, an indie game in Early Access on Steam, actually captures the feel of JPOG better. And it looks cuter doing it, too.

Developed by Washbear Studio, Parkasarus is a colourful and cute take on the dino-themed park builder. While Evolution and JPOG went after more realistic visuals, Parkasaurs embraces the silly and fun nature of building a dino park. From the visuals to the writing and to how dinosaurs are bred, everything is a lot more cartoonish and funny.

However, don’t let these visuals distract you too much. Underneath the gorgeous art is an intense park management game that rivals even Jurassic World Evolution. 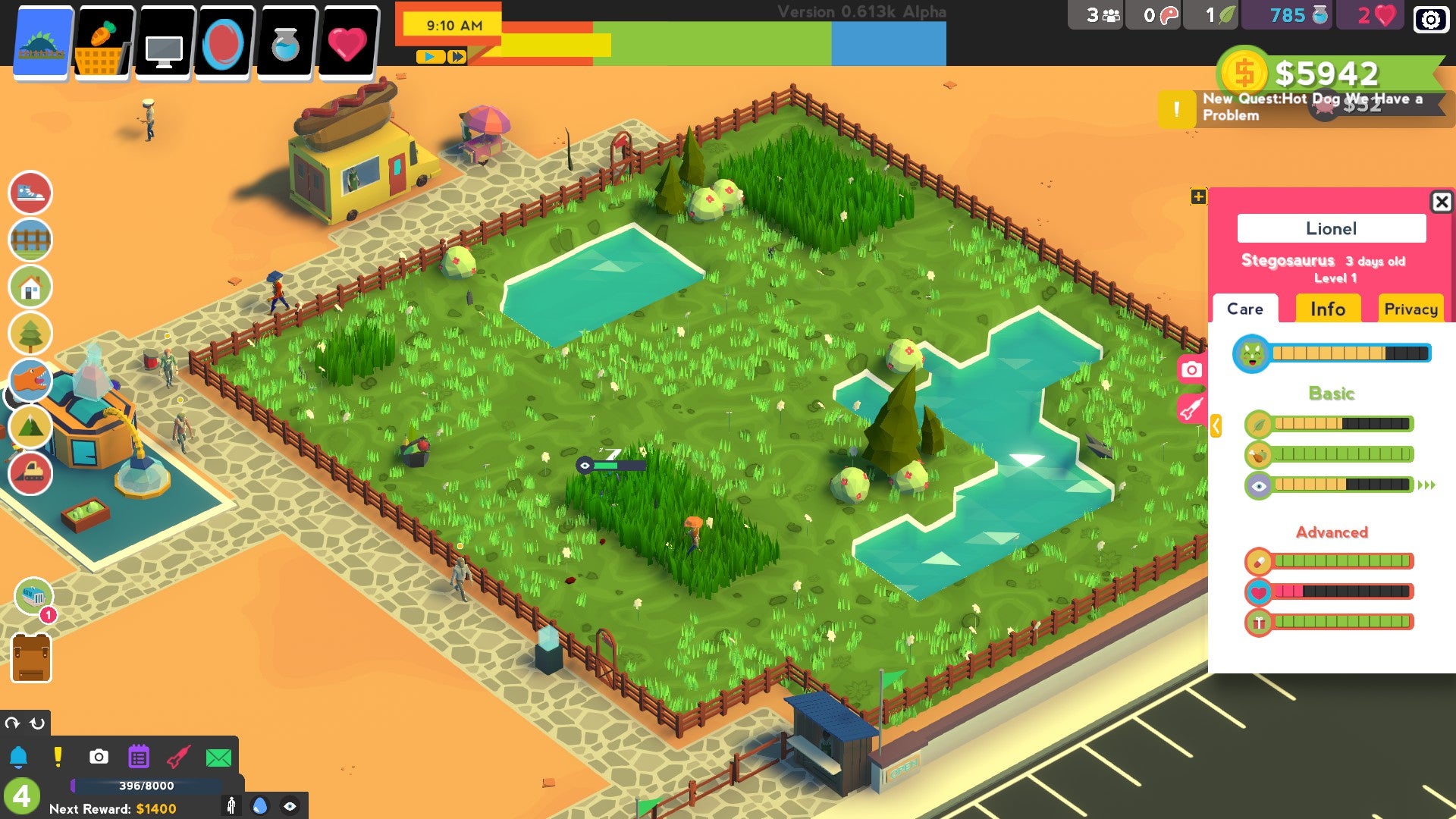 Like JPOG, you build enclosures and add grass, trees, water, and rocks into these pens. But Parkasarus demands these enclosures meet certain requirements. For example, the first dino you get is a Stegosaurus. This dinosaur needs to live in a rainforest biome, meaning you will have to add water, grass and certain trees to the pen to make the animal happy. Add too much of something and you can turn the pen into a desert, a forest or even a swamp.

Dinos in Parkasarus need more than just food, water, and sleep too. They will want privacy. This can be achieved using tall grass they hide in, tall walls or keeping paths that guest use away from the fences. They will also want a diversity of plants and rocks and will get bored without toys or other dinos. They can be a bit high maintenance.

When I first played I didn’t worry too much about the needs of dinos. I thought to myself that even if they got out, they won’t hurt anyone in this charming world. I was wrong. These dinos, even the small babies, will brutally fling folks around or drag them around the park. So take care of them or face their wrath. If they do get out you can have them tranquilized. 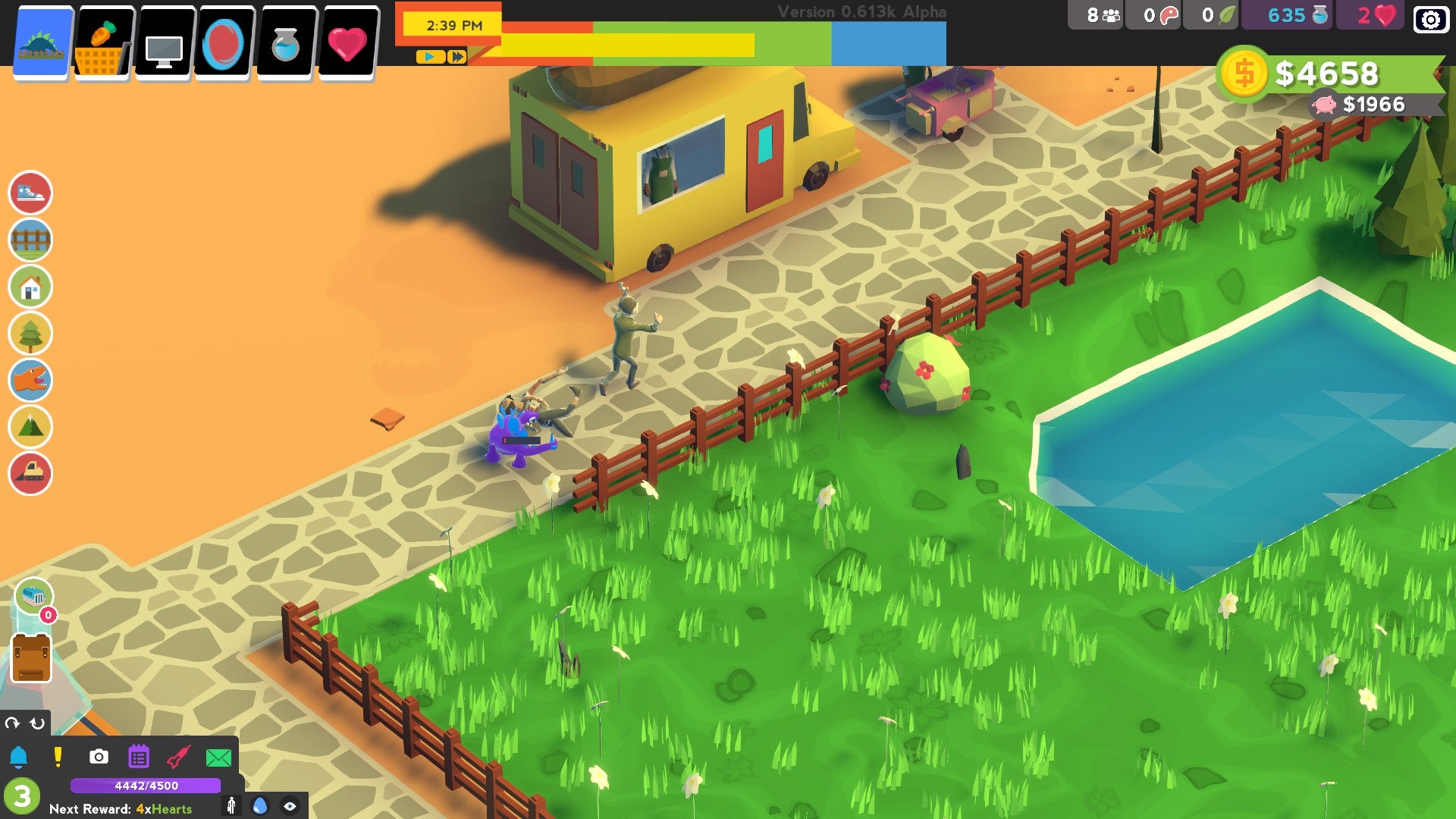 As you progress through the game you will have to manage hiring employees, buying food for the dinosaurs and placing trash cans and other useful bits for guests. Don’t manage these things and visitors will trash you on the in-game social media site. They can be really harsh too. It’s a park with dinos. What more do you folks want?

Similar to JPOG, you will have to send dig teams to excavate fossils to create more dinosaurs. But unlike JPOG or Evolution, you actually have to dig the fossils up yourself using a mini-game. The goal is to uncover valuable fossils or gems by clicking in different parts of the covered grid, which represents the dig site. Hire more scientists to get more time to dig and better digging tools, letting you uncover more fossils quicker. 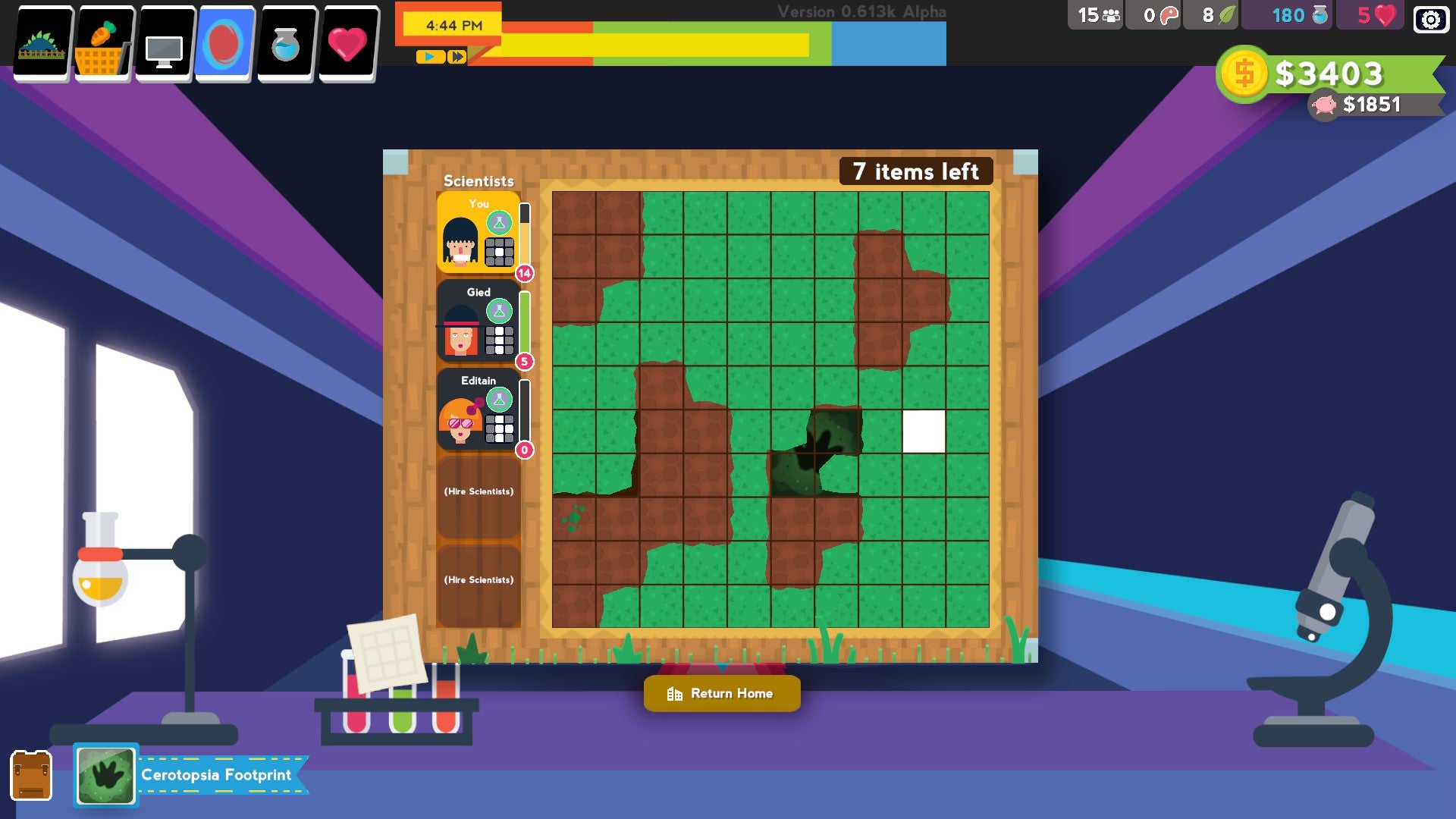 Weirdly, you don’t extract DNA from these fossils and instead, take them to a barn where a magical chicken eats them and then lays a dino egg. It’s a strange world. Once you have the egg, you will need to let it hatch before folks can see your dino. Unlike JPOG, dinos actually come out as babies that will grow over time. The only thing better than a cute dino is a cute baby dino.

Parkasarus includes a lot of decorations and buildings too. Using these along with some robust terrain tools you can easily create a big park that looks wonderful. Many of these decorations must first be unlocked using a massive tech tree. Again, I wasn’t expecting this deep of a park management game from something that looks so damn adorable. I guess you should never judge a book by its cover. Sorry, Parkasarus.

The game is still in early access, so some features are missing. I also ran into some weird bugs, like notifications popping up over and over again. These minor quibbles aside, the game ran mostly fine and plays like a nearly finished product. 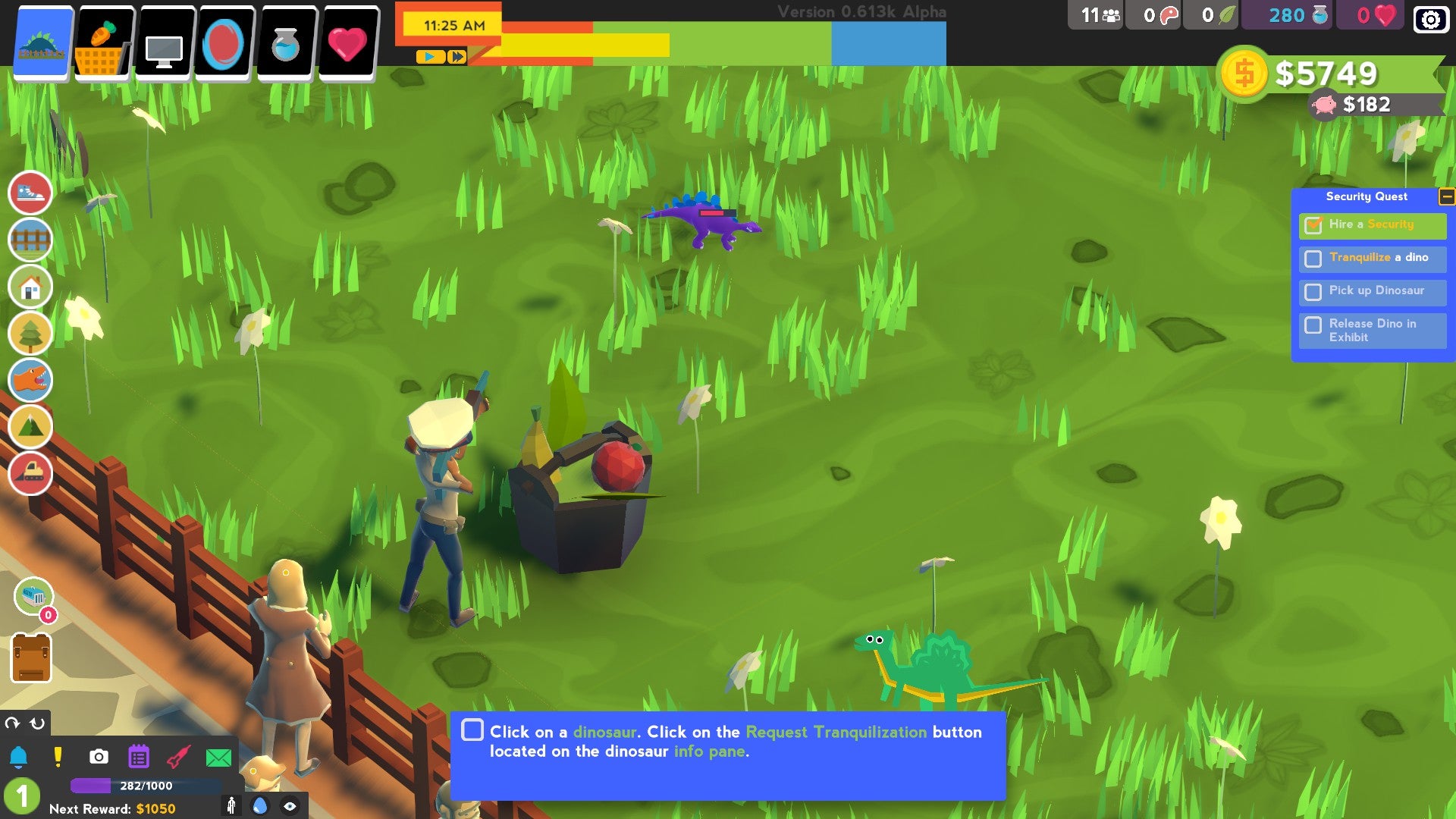 A good sign to me when playing these kinds of games is how much time they suck away without me noticing. I played this game for a half hour, or so I thought. I looked up at the clock and noticed I had been actually playing for nearly three hours. I didn’t care. I was too busy building a new pen for my lovely little triceratops.

For some fans of JPOG or Jurassic World Evolution, the visuals will be impossible to get pass. Still, I really hope folks who are into these type of park building games give Parkasarus a try. It’s delightful, has a ton of management options and feels like a great successor to Operation Genesis. 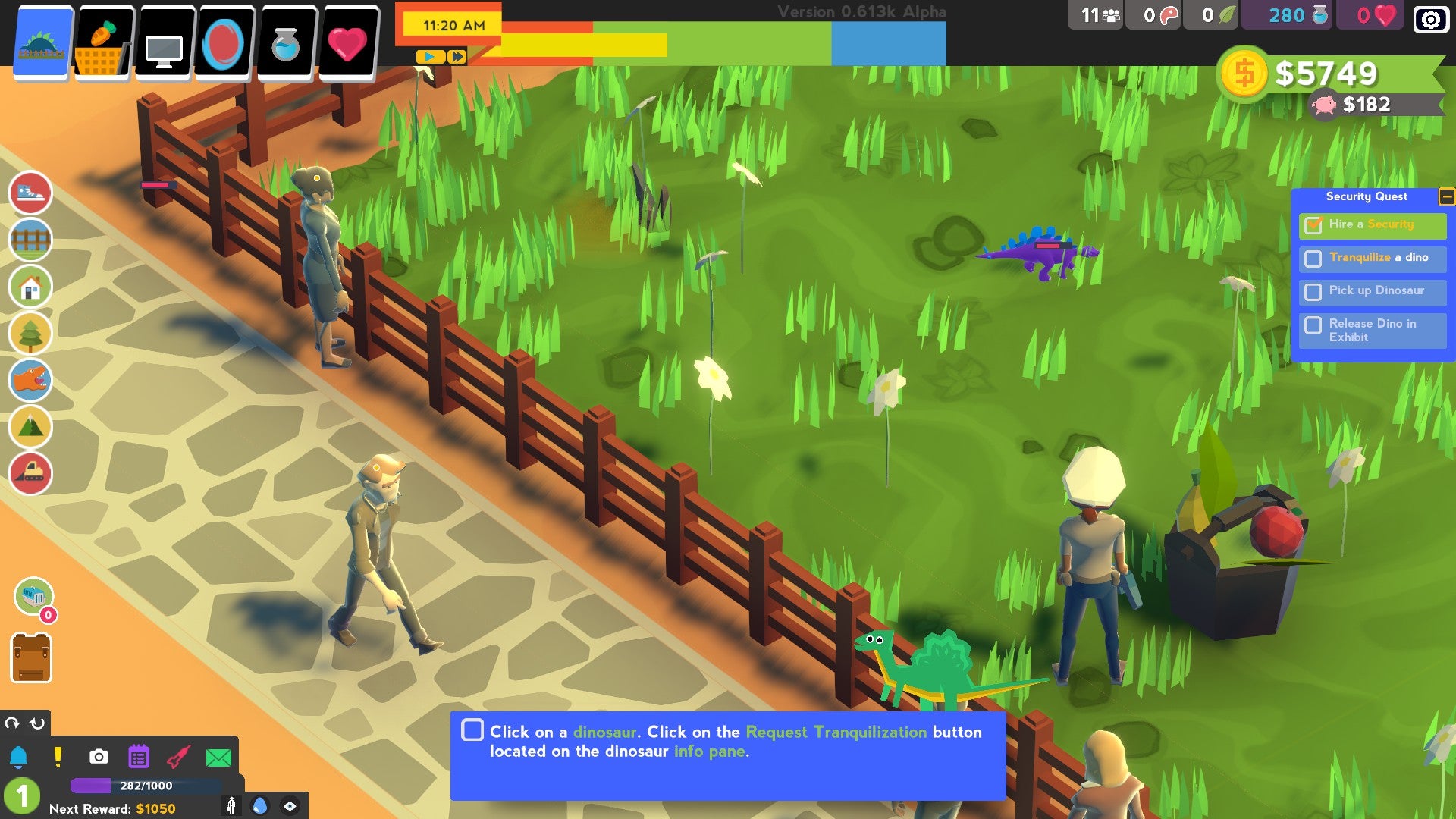 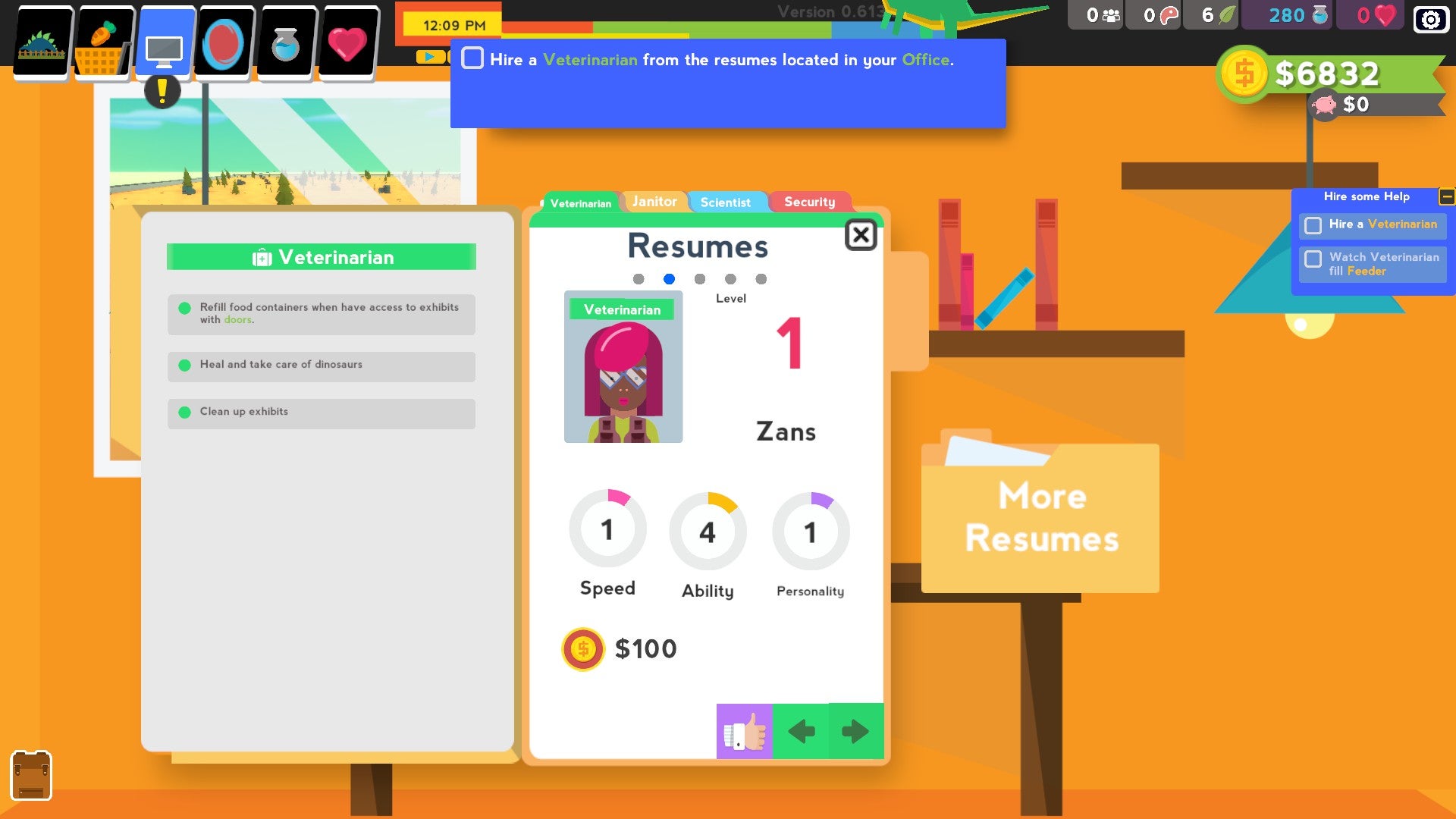 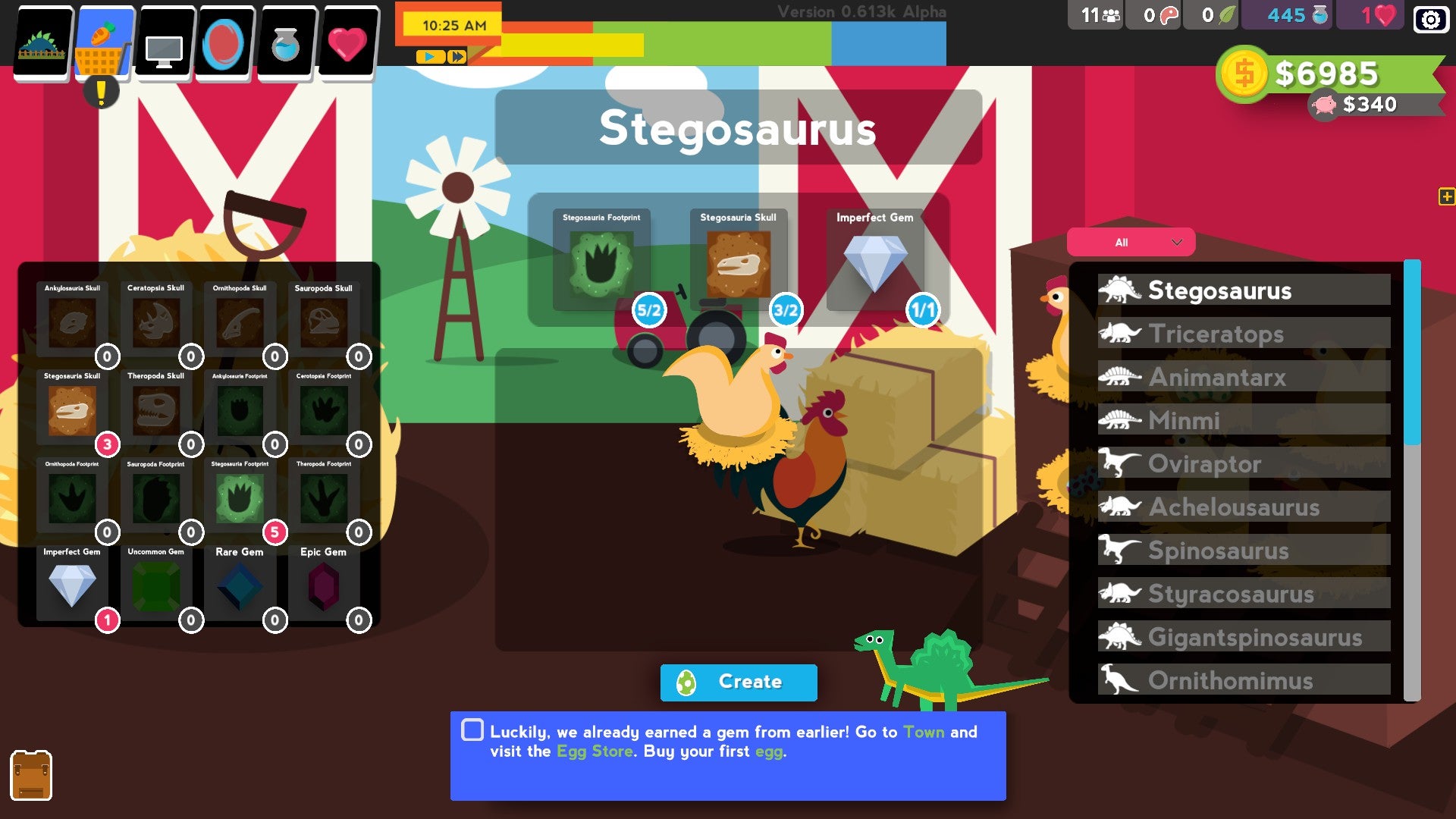 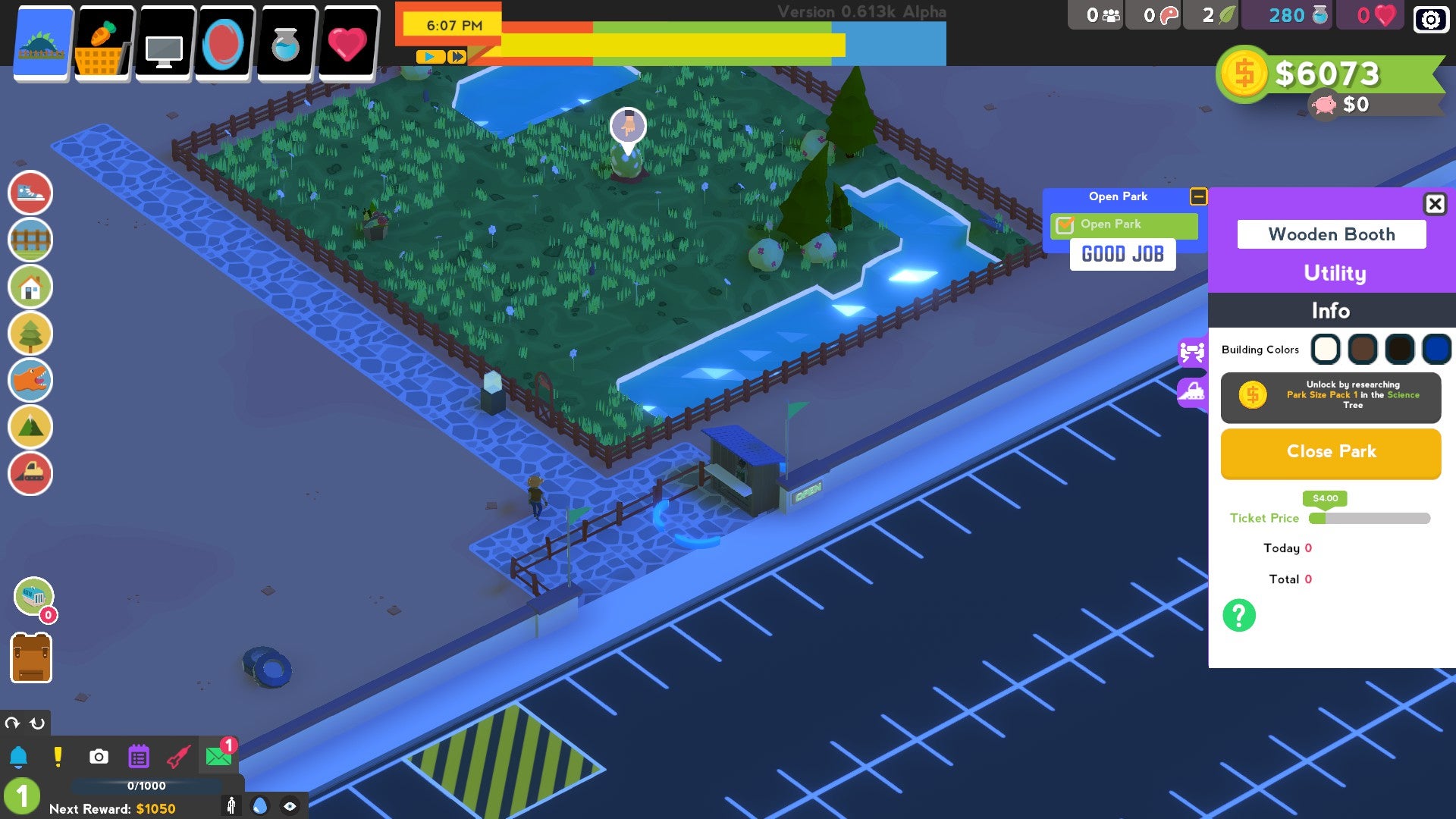 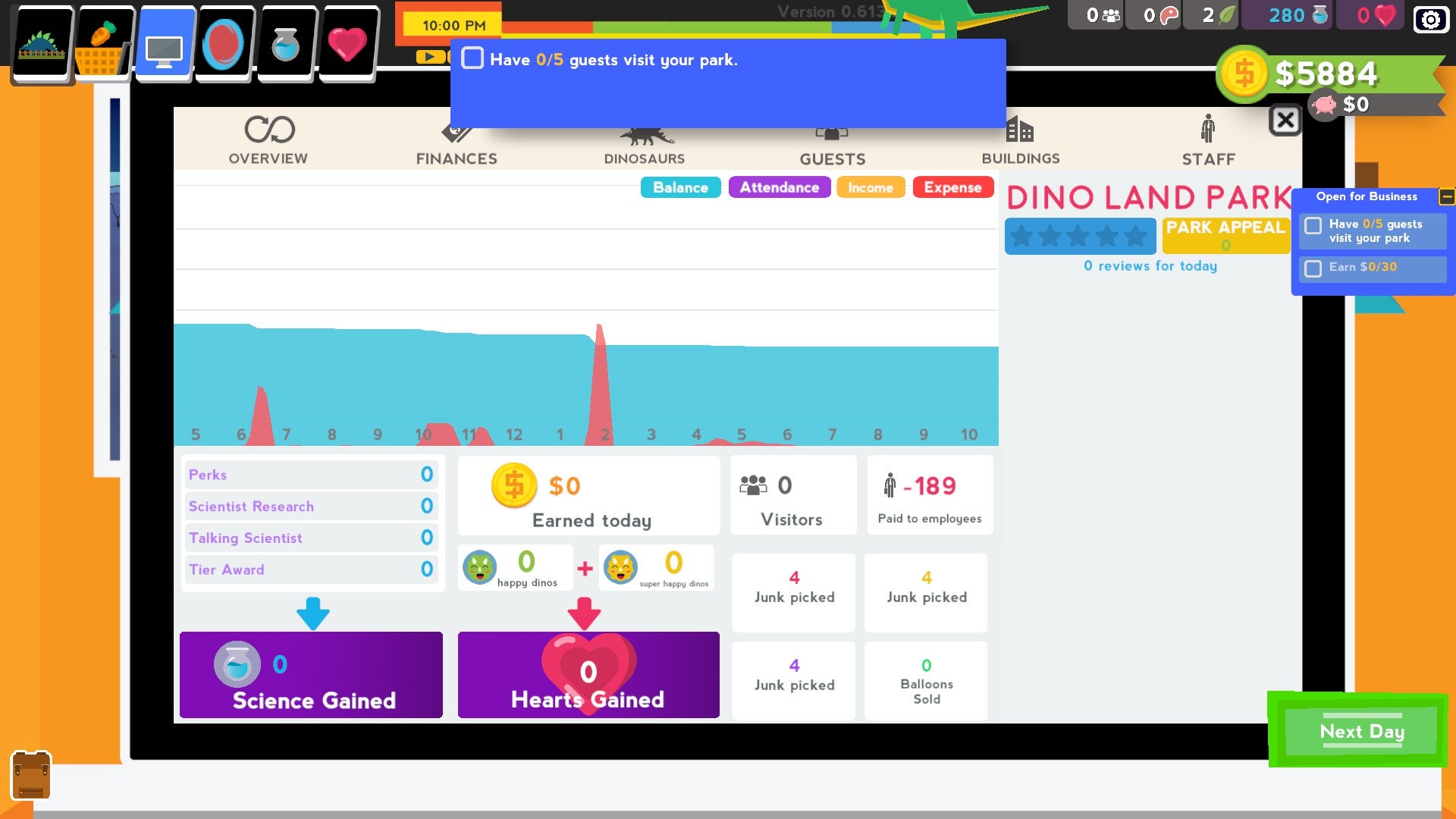