To pull off the glitch, players first need to hunt and kill a cougar. Any kind of cougar seems to work, but 3-star animals fetch the highest price. After that, they take the dead animal to a butcher stall—most players prefer the Blackwater stall because of its location near other shops. Once the horse and cougar are near the stall, players head into a tailor or other store and wait a few minutes.

When they come out, the horse has despawned but the cougar body should still be there, now sitting on the ground. Calling the horseback will cause it to return with the cougar still on its back. Then, it’s a matter of doing this repeatedly until they can sell a bunch of cougars at $13.50 each for some serious cash.

Other variations of this glitch exist. Some involve other glitches to enter a passive mode or talking to the butcher to despawn the horse. The bug seems to be taking advantage of how horses and carcasses work in Red Dead Online.

Tezfun2, a popular Grand Theft Auto and Red Dead Online dataminer, told Kotaku the bug might be due to recent changes Rockstar made to how loot on the back of horses is handled. 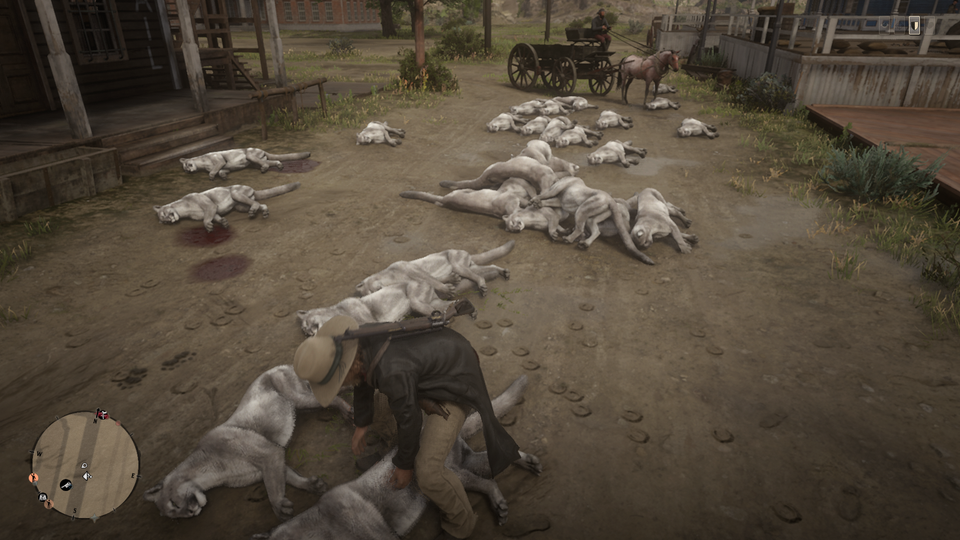 This bug has lead to some odd screenshots being shared on Reddit and Twitter of streets filled with dead cougars.

Some players who don’t know of the glitch are riding into town to sell skins and encountering these giant piles of dead and rotting cougars. One player posted on Reddit after finding numerous dead cougars “[W]hat is going on?” 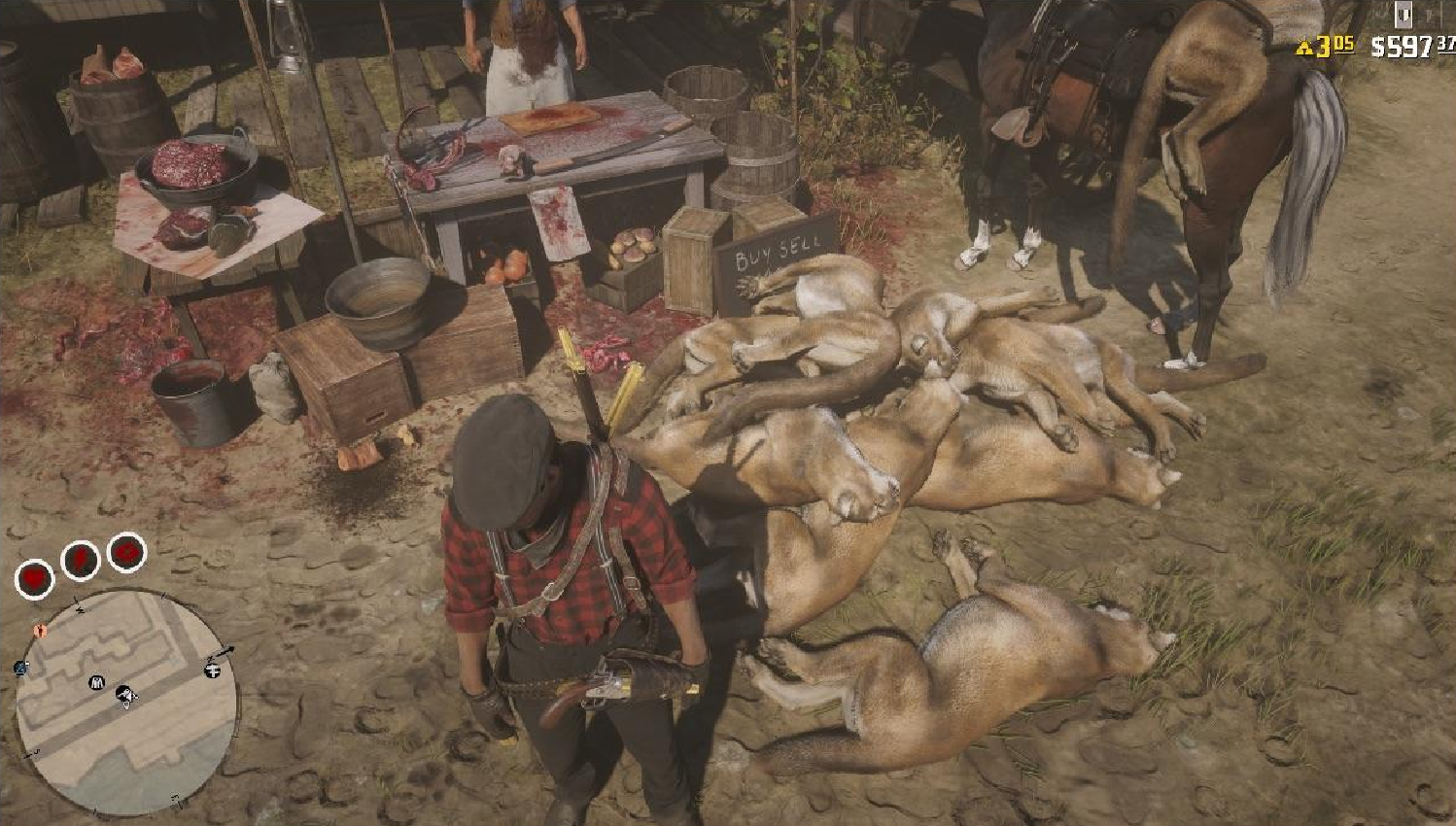 Other players are angry about the glitch, with some reporting it to Rockstar or even claiming it is slowing down their server. One player claims they threw some TNT into the pack of players performing the glitch.

“It was satisfying,” they wrote.

One theory is that players cannot sell other players’ duped cougars, which might make some think cougar sales are blocked. It’s likely this dupe trick would work with other animals though, which means it could continue until Rockstar fixes the issue altogether. Kotaku has contacted Rockstar about the glitch and whether it intends to fix it or not. 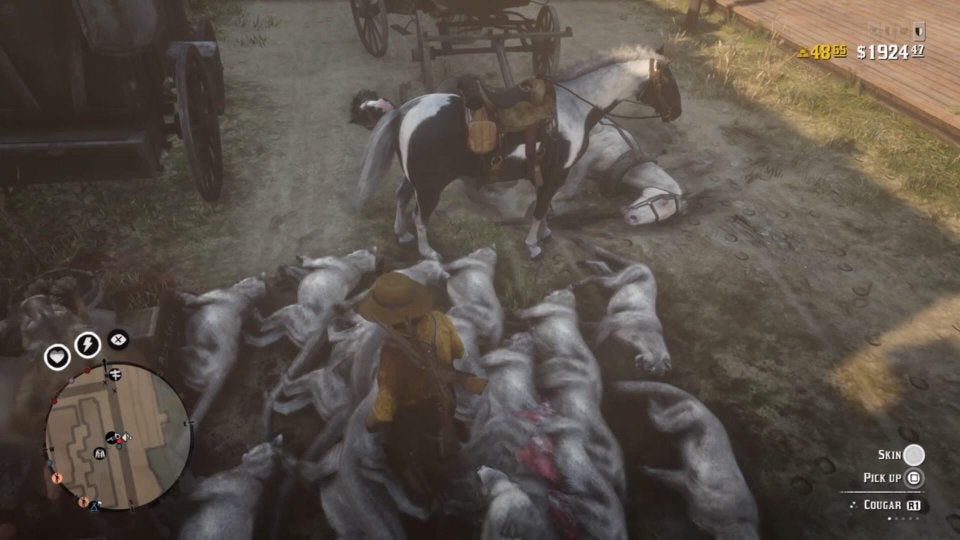 But for now, at least a few players have seen the glitch as a way to rebel against Rockstar’s recent changes to the game. “Since R* wants to S**t On Us, I’ll S**t On Them Back” was the title of one Reddit post showcasing the dupe glitch. A more wholesome protest post simply says “Heck you Rockstar Games.”

Another player was happy to use the new money glitch to earn some cash to buy and fully customise the recently added Evans Repeater.