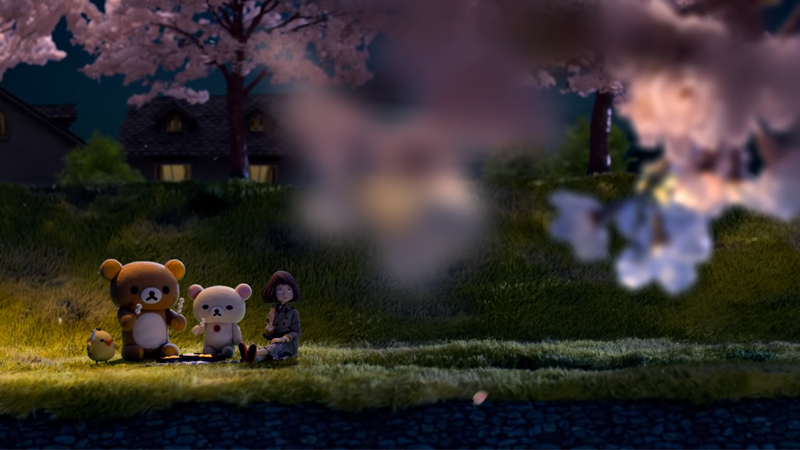 Why do I get the feeling Netflix’s animated take on adorably laid-back Rilakkuma is either going to end up breaking my heart or making it explode from just how cute it is? Either way, I’m not prepared.

Today Netflix released another brief look at Rilakkuma and Kaoru, the San-X mascot character’s first foray into stop-motion animation, giving us a listen to the show’s English voiceover for the first time. The series follows a year long period where Rilakkuma, as well as the equally adorable Korilakkuma and Kiiroitori, lodge with the put-upon office worker Kaoru (voiced by Lana Condor, aka X-Men’s Jubilee, aka ok you probably know her from To All the Boys I’ve Loved Before more at this point).

While Kaoru has to balance the struggles of a job that doesn’t value her and a lonely life, Rilakkuma and his plush friends have to deal with…well, not doing much outside of relaxing, and trying to help Kaoru get some relaxation in too.

The quiet absurdity of Kaoru’s living situation isn’t really a focus—it’s just sort of accepted that Rilakkuma and his pals exist, albeit perhaps seen more as pets than as Kaoru’s roommates. It’s more about the quiet, slice of life we get to witness in this peculiar, yet completely cute-looking life. It’s so sweet I think my teeth are starting to ache.