StarTropics follows a young boy named Mike Jones as he searches a mysterious island for his researcher uncle who’s gone missing. In the process he encounters all manner of weird creatures, including a race of strange aliens responsible for his uncle’s abduction. And he does almost all of it with a yo-yo to boot.

The game came out at the end of the NES’s life-cycle, just a couple weeks after the SNES had already come out in Japan. As a result, it was one of the more complex and sprawling games available on the console, mixing platforming, over-world exploration, and real-time combat into the story of a role-playing game. 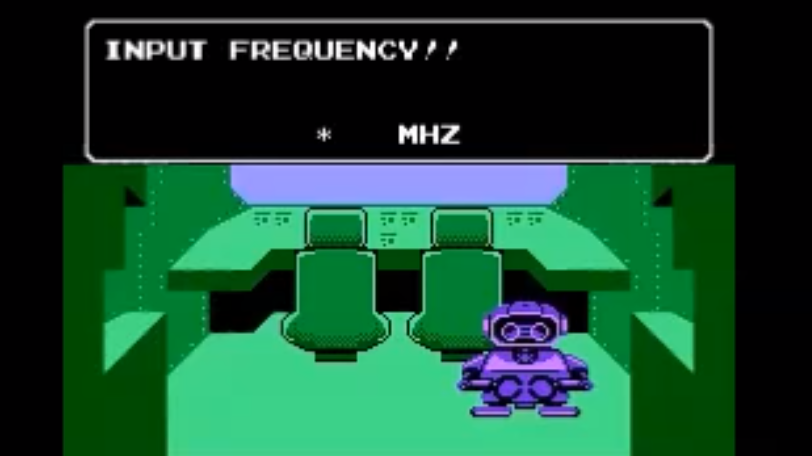 It also had an extreme puzzle that, depending on how many times you smacked your head against a wall trying to figure it out, was either one of the most clever or most evil things ever put into a game. At one point Mike has to use his uncle’s submarine, but it won’t work without a secret code.

That’s when Baboo, his uncle’s assistant, becomes possessed and says, “Evil aliens from a distant planet …tell my nephew to use Code 1776. Tell Mike to dip my letter in water.” Entering 1776 into the control panel causes the submarine to go under water, but a second code is needed to do anything further. That second code is nowhere to be found in the game. You could search everywhere, press every button on your controller while standing on every tile in the game, and never find it.

That’s because the code is actually hidden inside a paper map that came packaged with the game. On the back of it is a letter from Mike’s uncle asking him to visit the island. Dip the map in water and the code 747 appears on it in invisible ink. You can watch Kotaku’s Chris Kohler do this with a sealed version of the game on Unboxed:

It’s very clever, but it can also be a royal pain the arse. Especially if you bought StarTropics used, or borrowed it from a friend, like my brother and I did back in the day, and didn’t have access to the letter.

Now Switch players are in the same boat, since the digital version of StarTropics players can currently download doesn’t include that part of the instruction materials. Previously, when Nintendo put the game on the Wii U Virtual Console, it included a page in the digital manual that showed an animation of the letter being dipped in water and the code appearing. The Switch version doesn’t have that.

It’s possible that Nintendo might patch something like the Wii U’s workaround in at some point, or that the company just assumes players will search the internet for the answer when they hit upon the puzzle. If that’s the case I hope they’re right and no one else is driven mad by their inability to solve the riddle on their own.