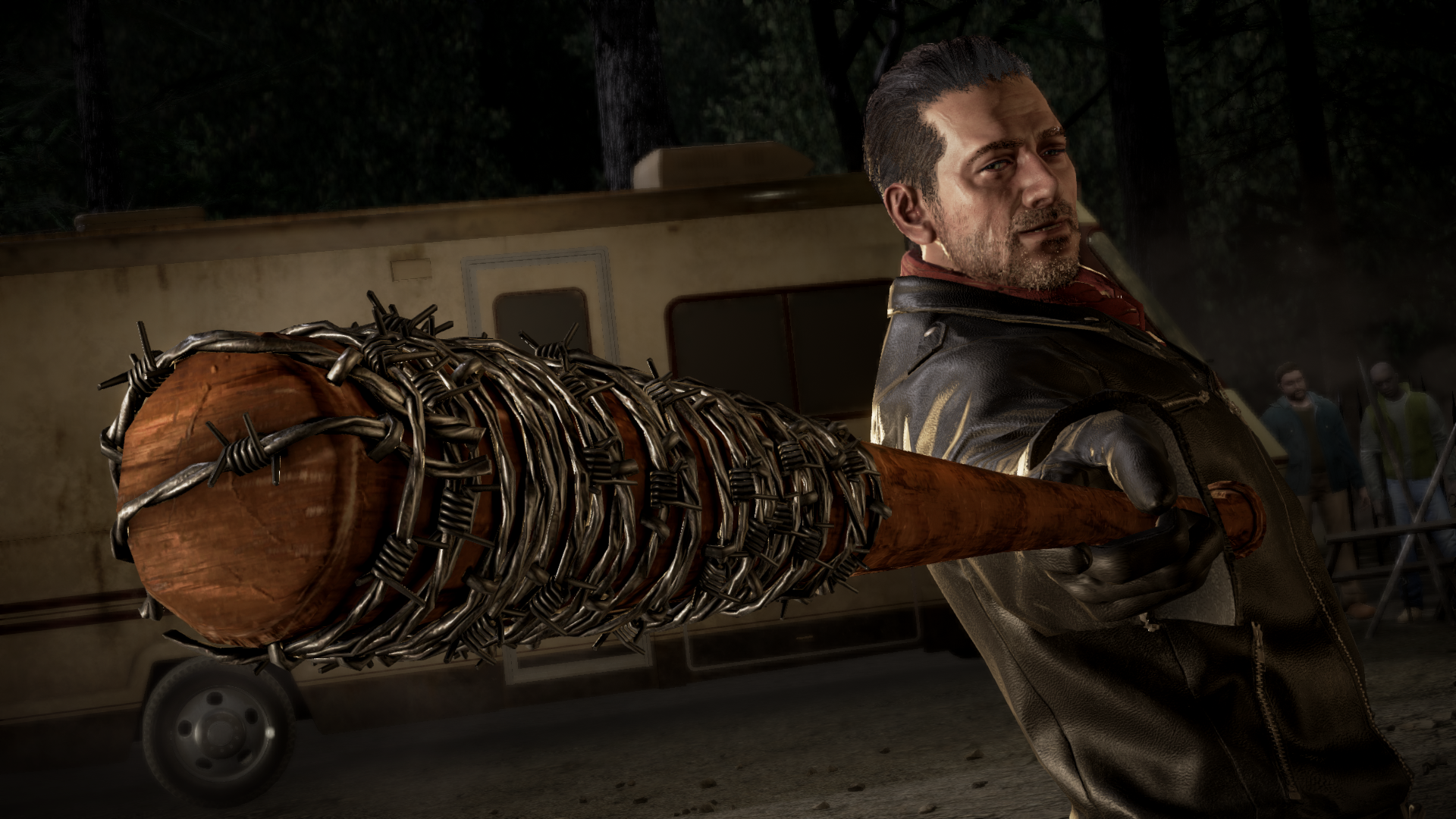 This past weekend, a group of Tekken 7 players from South Korea travelled east to take on their Japanese counterparts in a massive 12-on-12 exhibition as part of the Tekken Pro Championships. As the two most talent-dense Tekken regions in the world, both sides fielded impressive teams featuring some of the best players from their respective countries.


Jae-min “Knee” Bae, a South Korean veteran with over a decade of Tekken experience, arrived in Japan ready to utilise one of the game’s new guest characters: The Walking Dead’s Negan, who had only been in the game for two days. Knee left thoroughly unimpressed with the character.

Tekken 7 features some of the most surprising guest characters in fighting game history. In addition to adding returning characters, various updates throughout the game’s lifespan have also made a few third-party fighters playable, including Street Fighter’s Akuma and Final Fantasy 15’s Noctis Lucis Caelum.

The most shocking reveal, however, came at Evo 2018, when the developers announced that Negan would be playable as part of Tekken 7’s third season of downloadable content, bringing his unique brand of sadism to the 3D fighting game.

Negan would eventually join the Tekken 7 cast on February 28 alongside returning character Julia Chang. The same day, a reveal video for the Tekken Pro Championships was released, announcing that Knee and his teammate Sung-ho “Chanel” Kang would be playing as Negan and Julia, respectively.

According to Knee’s sponsor ROX Dragons, Knee originally told the organisers that he intended to use random select for the exhibition, but when he was refused, he settled on Negan as a way to highlight the new character. As previous downloadable characters such as Fatal Fury guest Geese Howard and Tekken Revolution newcomer Eliza had been fairly strong, Knee felt that he had a good chance of doing well with Negan despite the short amount of time he had to train.

He streamed almost six hours of himself practising the day-old character on March 1, eventually rising to the respectable online rank of Fujin before travelling to Japan for the March 2 exhibition.

Unfortunately for South Korea and for Knee, the competition was too fierce for even the notoriously violent Negan.

After watching 18-year-old Japanese competitor B take down his teammate Breadman, Knee stepped up to try and even the score. He started out strong, taking the first two rounds against B’s Alisa Bosconovitch and fending off a near-comeback to go up 1-0.

Over the course of the next two games, the competitors would go back and forth, with B playing from his back foot to overcome life deficits and Knee scoring an impressive perfect round.

Going into the third and final game, the entire set would be decided by one more comeback from B, eliciting cheers and celebration from the hometown crowd that indicated just how important it was for the Japanese team to eliminate Knee.

From there, the Japanese team would go on to defeat the South Korean visitors, making use of the extra lives they had earned in a special competition the day before.

While a mixture of gimmicks and drastic character changes may have played some part in the win, Japan’s status as an underdog Tekken region in relation to South Korea made their victory an exciting moment for all viewers, both in person and on the stream.

There wasn’t anything on the line except for bragging rights, but the South Korean players looked disappointed at their loss, an emotion that bled into post-tournament interviews.

Chanel is a long-time Julia player who was so overjoyed at her announcement during the Tekken World Tour finals in December that he rushed the stage to hug the developers. In this event, he showed he had taken to the fighter well, but he still only managed to win one game.

While Chanel plans to stick with Julia, Knee doesn’t see himself doing the same with Negan, and both players voiced their disapproval of the guest character.

“I decided I will not play Negan at tournaments,” Knee started off.

“[Negan] must be made much more stronger,” Knee added in a cordial tone, before Chanel jumped in with a more blunt explanation, saying, “It’s bullshit, Negan sucks,” to which Knee laughed in response.

“I thought Negan [would be overpowered] because he’s DLC,” Knee continued.

“Definitely not strong,” Chanel agreed before they moved onto other topics.

Speaking with Kotaku, Knee said that he might consider returning to Negan if he is improved in future patches.

Knee’s opinion carries a lot of weight, and as the most high-profile Negan player thus far, he probably has a good idea of how the character will fare in competition. But there are still other talented players out there grinding out matches with the ruthless Walking Dead antagonist.

American competitor Hoa “Anakin” Luu, who consistently challenges international powerhouses from South Korea and Japan, has taken Negan all the way to the rank of Tekken God Prime, the highest ranking in online play. He’s even been able to accomplish win streaks of up to 30 matches over the last week.

Either way, new fighters are never completely figured out in just a few days, even in the hands of two of the world’s strongest players, so it’s possible there’s still a chance for Tekken 7’s strangest guest character to prove himself worthy in high-level competition. It just remains to be seen who will stick it out and take him there.