Special powers or prophesied destinies aside, having conviction and powerful faith in something is often what makes comic book heroes special. Usually, that faith is in something larger and more grandiose such as a deity or mystical being, but the heroes of this week’s best new comics draw strength from the faith they have in themselves.

Like all of her genetically-enhanced kind, Forever Carlyle was engineered for a single purpose: To serve the family she was born into as a symbol of all of their financial and political might. Unlike other Lazari, Forever’s been able to gain back her self-control and consciousness, learning that she isn’t just her parents’ daughter in the process.

The story being told in Lazarus: Risen isn’t just Forever’s, because she’s the product of her family’s attempts to maintain power in a twisted world where wealth is the end-all, be-all.

Forever’s sister Johanna is the head of their family and has a vested interest in maintaining the appearance of strength in the public eye, though she’s sympathetic to Forever’s desire for freedom and works to help her escape.

But so long as the Carlyle family is at war with the other houses that rule the world, Forever’s life can never truly be her own, and she knows that if she makes a run for it, the younger clone meant to replace her would only be trapped with the same horrific fate. (Greg Rucka, Michael Lark, Tyler Boss, Santi Arcas, Image Comics)

The Life and Death of Toyo Harada

Toyo Harada is less a man and more the whole of mankind’s potential for greatness made flesh. He knows this to be true about himself, and even still, in his deepest heart of hearts, what he wants most in the world is to make it a better place for all people.

Toyo knows that with the right plan and loyal subjects by his side, he could easily usher in a new age of technological innovation and social progress that would fundamentally change humanity and the trajectory of the world’s future.

But between the resistance Toyo is met with and the unimaginable kinds of pain and loss he suffers at the hands of the people he thinks he’s meant to save, the psiot visionary finds himself steadily becoming something other than a messiah. (Joshua Dysart, Cafu, Mico Suayan, Andrew Dalhouse, Valiant) 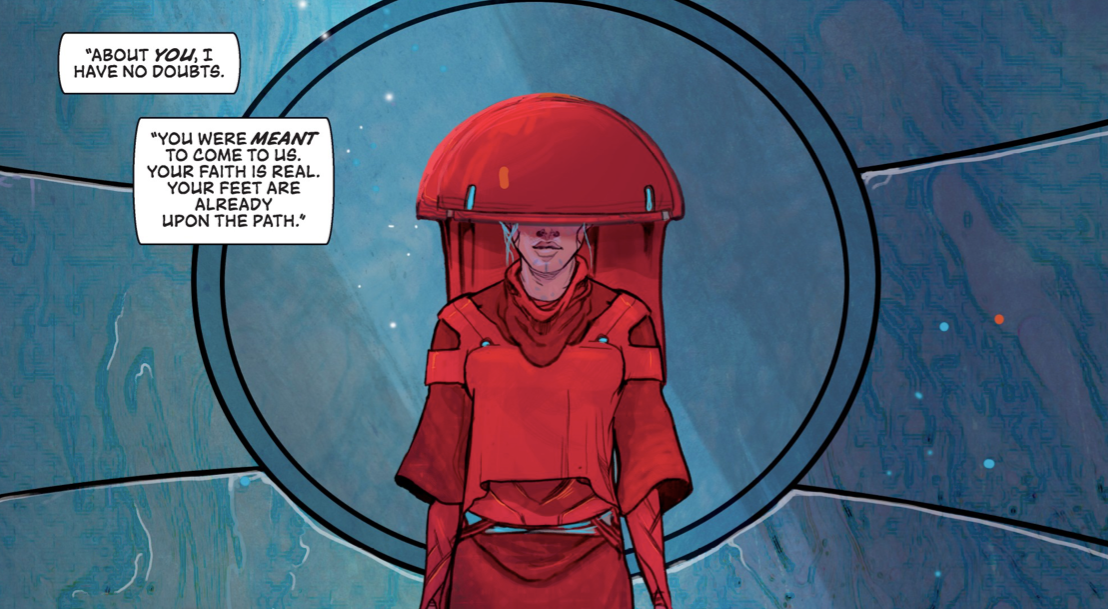 While most people in the world of Dark Horse Comics’ Invisible Kingdom spend their time traversing the galaxy in search of adventure or leading relatively normal lives, there are some who feel the calling to set out in search for the for-off monastery of the Renunciation.

Armed with nothing but their fate, these people travel on foot and by ship from the farthest reaches of the solar system, blindfolded, trusting in their ability to make it to the monastery in order to begin their new lives.

Vess, a young Roolian, successfully makes her way to the monastery and announces that she seeks access to the Invisible Kingdom that those who’ve joined the Renunciation are able to access after having up all of their worldly possessions and their senses of self.

Life in her new home is strange for Vess, though she’s able to adjust well enough in time, but as she becomes more familiar with the secrets hidden within the monastery’s walls, she realises that she might not be on the right path. (G. Willow Wilson, Christian Ward, Dark Horse Comics)