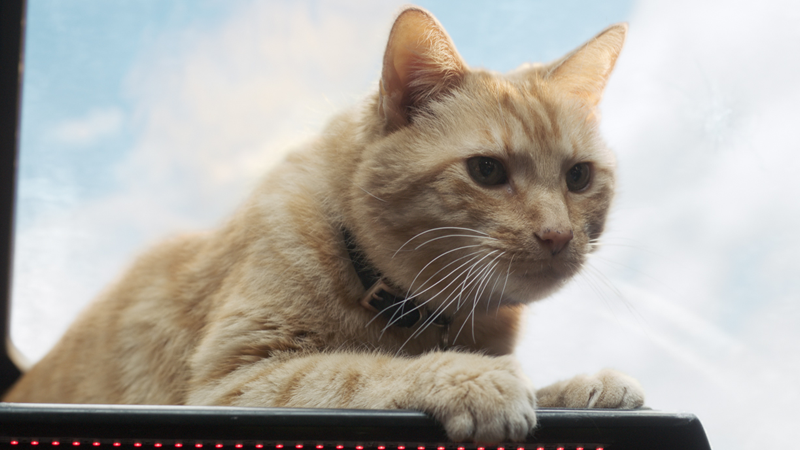 Watch out, this kitty’s got claws. And...things way scarier than claws you should probably be more concerned about. (Photo: Marvel Studios)

Whether you love or loathe the homogenized, big-head-and-black-eyed stylization of Funko Pops, there’s something you’re probably going to be united on here: The latest figures they’ve made for Captain Marvel are a goddamn nightmare.

Funko has just announced three new Captain Marvel Pop Vinyls coming to shelves soon, and all three are actually pretty spoiler-iffic — so if you haven’t seen the film yet (go see it, it’s good!), you’ll actually want to avoid looking at these, or at store shelves in the near future. Go on, amscray!

All three Pops revealed today focus on moments from the third act of the movie—rather, specifically, all three of them focus on the reveal that the mysterious artifact Mar-Vell was experimenting on for her lightspeed engine tech was none other than the Tesseract, the cosmic cube housing the Space Stone. The first Pop depicts Carol’s incredibly poorly thought out plan of putting the Tesseract in a lunchbox to smuggle it out of Mar-Vell’s orbital lab: 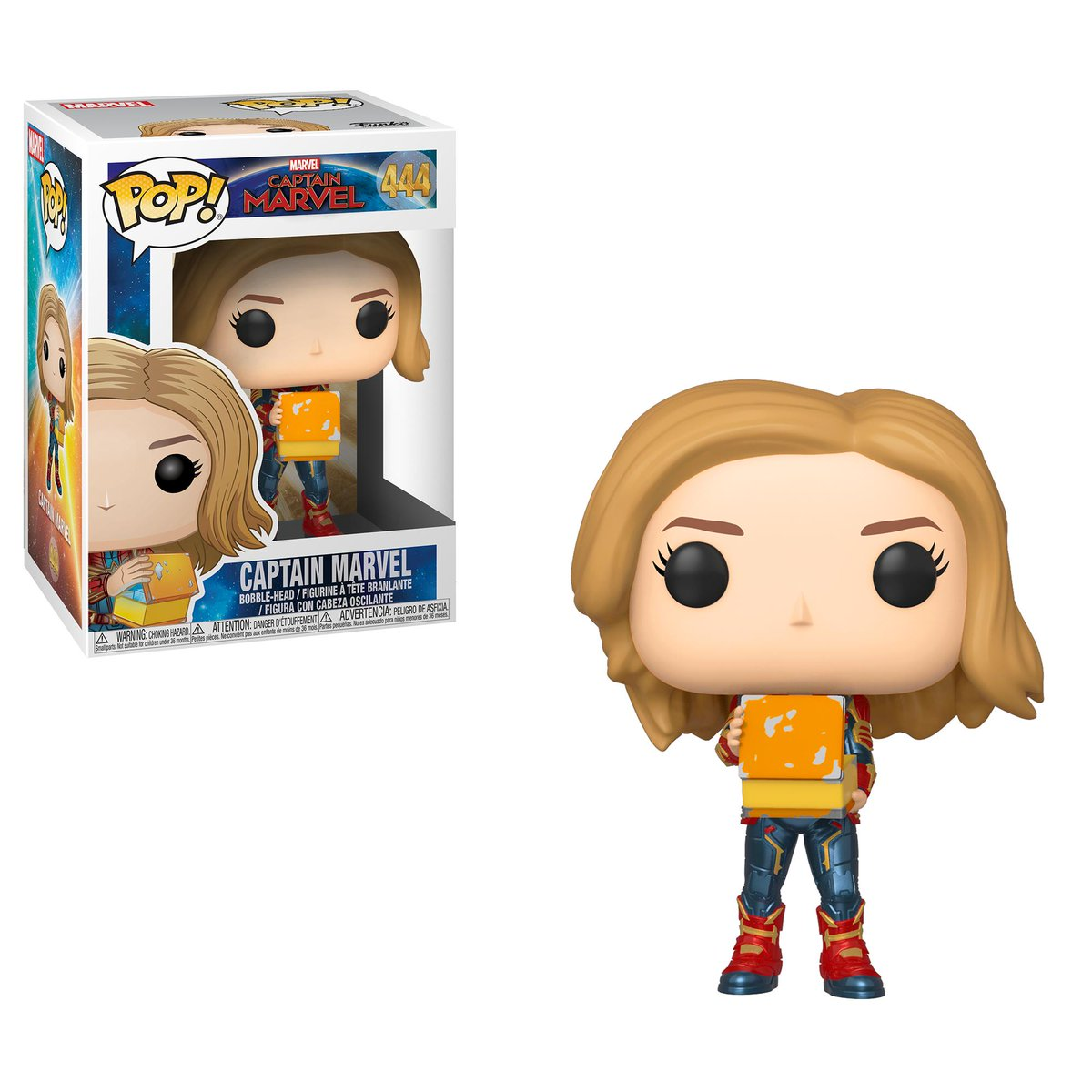 No Fonz branding though! That’s not the nightmarish aspect of these Pops though. That falls to the not one, but two based Pops on what ultimately happens to the Tesseract: Goose slurps it up and stores it inside its gross, Flerken pocket dimension. 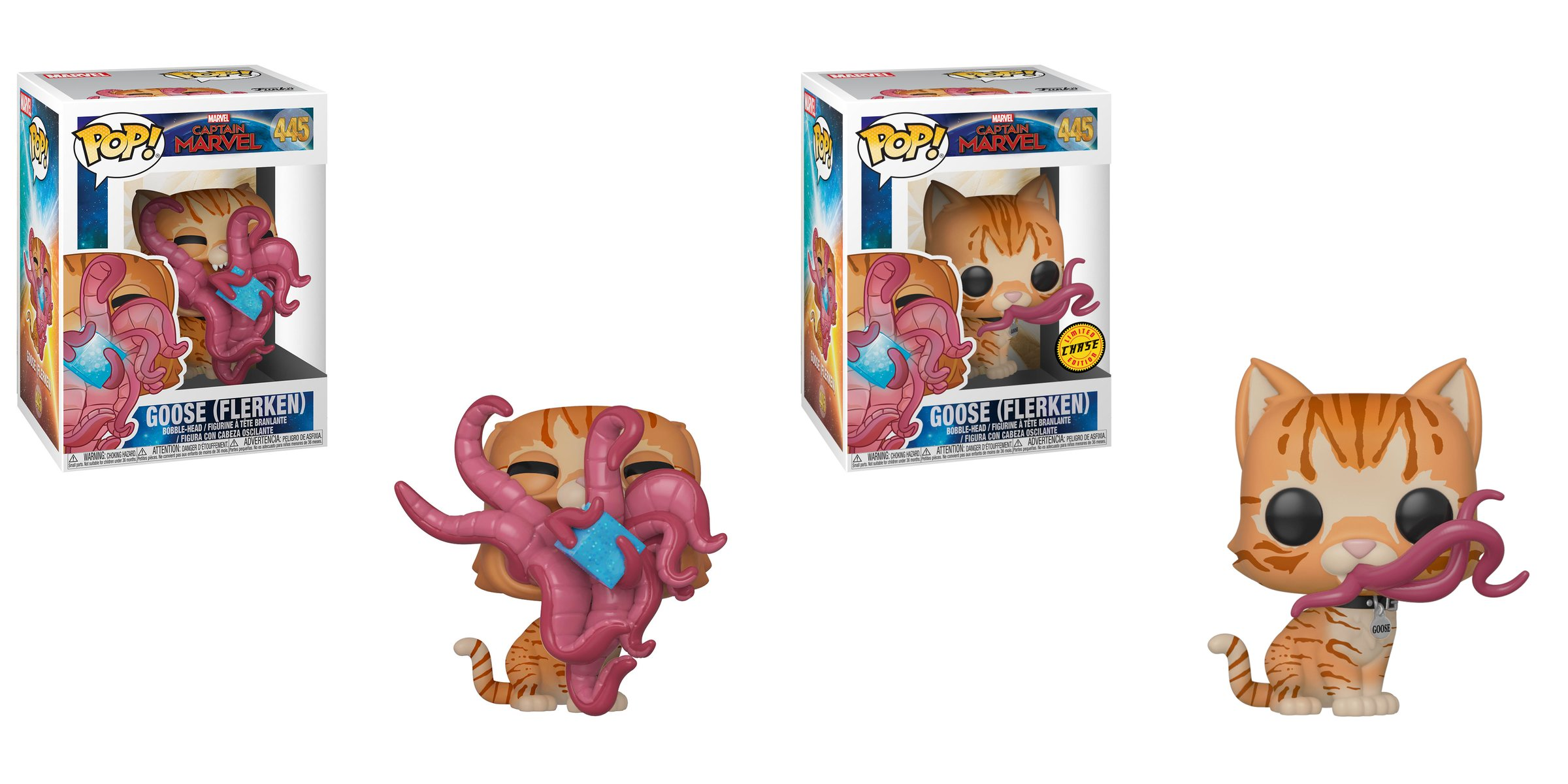 AAAAAAAAAAAAAAAAAAAAAAHHHHHHHHHHH!!!! Seriously, combining the Funko aesthetic with the Lovecraftian tendrils of a Flerken is a horror I never expected to have to face. And I think Funko Pops are mostly cute!

The much more nightmarish Pop of Goose mid-Tesseract-nibble will be the primary version of the figure—the one on the right, featuring Goose sucking in the last few tentacles of its mouth, will be a “chase” variant with a 1/6 rarity. It’s nice that the more extravagant design will be much more easily accessible, but that convenience will come at the cost of walking into a store and seeing entire shelves of Flerken tentacles staring back at you. Good god, I don’t even want to think about it.