Back in the mid-’90s, a trio of anthropomorphic cybernetic pizza-delivering felines introduced Western audiences to the sillier side of Japanese anime. Samurai Pizza Cats is a wonderful mix of pop culture references, absurd humour, and fourth-wall breaking. Due out later this month from Udon Publishing, The Samurai Pizza Cats Official Fanbook celebrates the Japanese roots of the beloved series.

Before Saban brought the series to Canada in 1993 and the U.S. in 1996, Samurai Pizza Cats was Kyatto Ninden Teyandee (Cat Ninja Legend Teyandee). Set in Edoropolis, a city that combines Japanese feudal culture with futuristic electronics, the original series stars a trio of pizza-delivering cats — Yattarou, Pururun, and Sukashii — attempting to foil the machinations of an evil fox bent on taking over the city.

While Kyatto Ninden Teyandee contains its own brand of irreverent humour and is riddled with Japanese pop culture references, the series takes itself a little more seriously than the Western version. 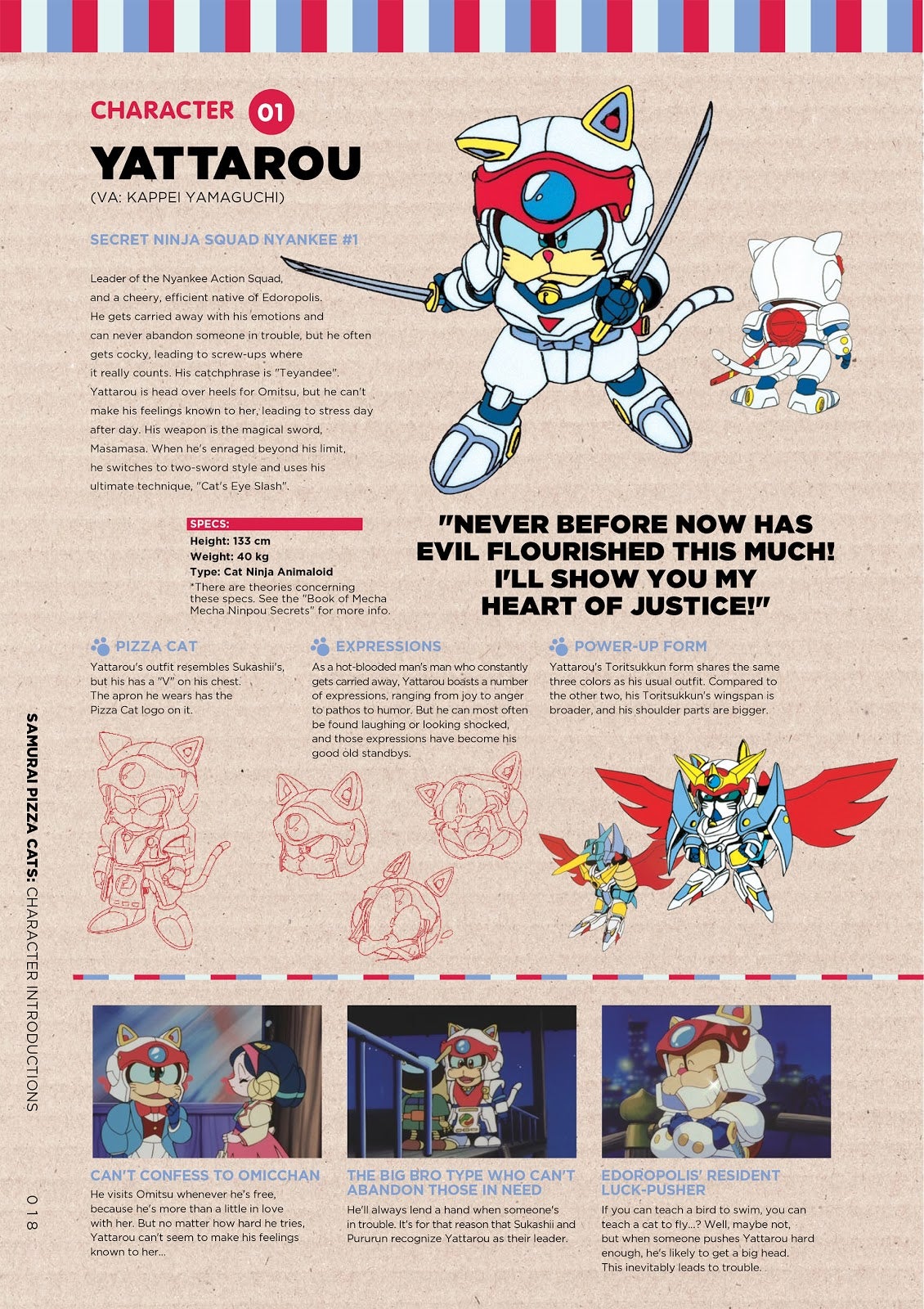 Lacking information and proper translations of the Japanese episodes, Saban opted to have new dialogue written for the English version, making it more whacky and frenetic. Names were changed. Edoropolis became Little Tokyo, and the three main characters became Guido Anchovy, Speedy Cerviche, and Polly Esther. A new theme was recorded, famously asking, “Who do you call when you want some pepperoni?”

The Samurai Pizza Cats Official Fanbook, originally published in Japan, focuses on the Japanese version of the show, giving fans of the Western version a look into how the original came about.

There are extensive character bios, concept art, reference sketches, and full pages dedicated to every aired episode. The final 27 pages of the 143-page book are filled with interviews with the show’s cast and crew. 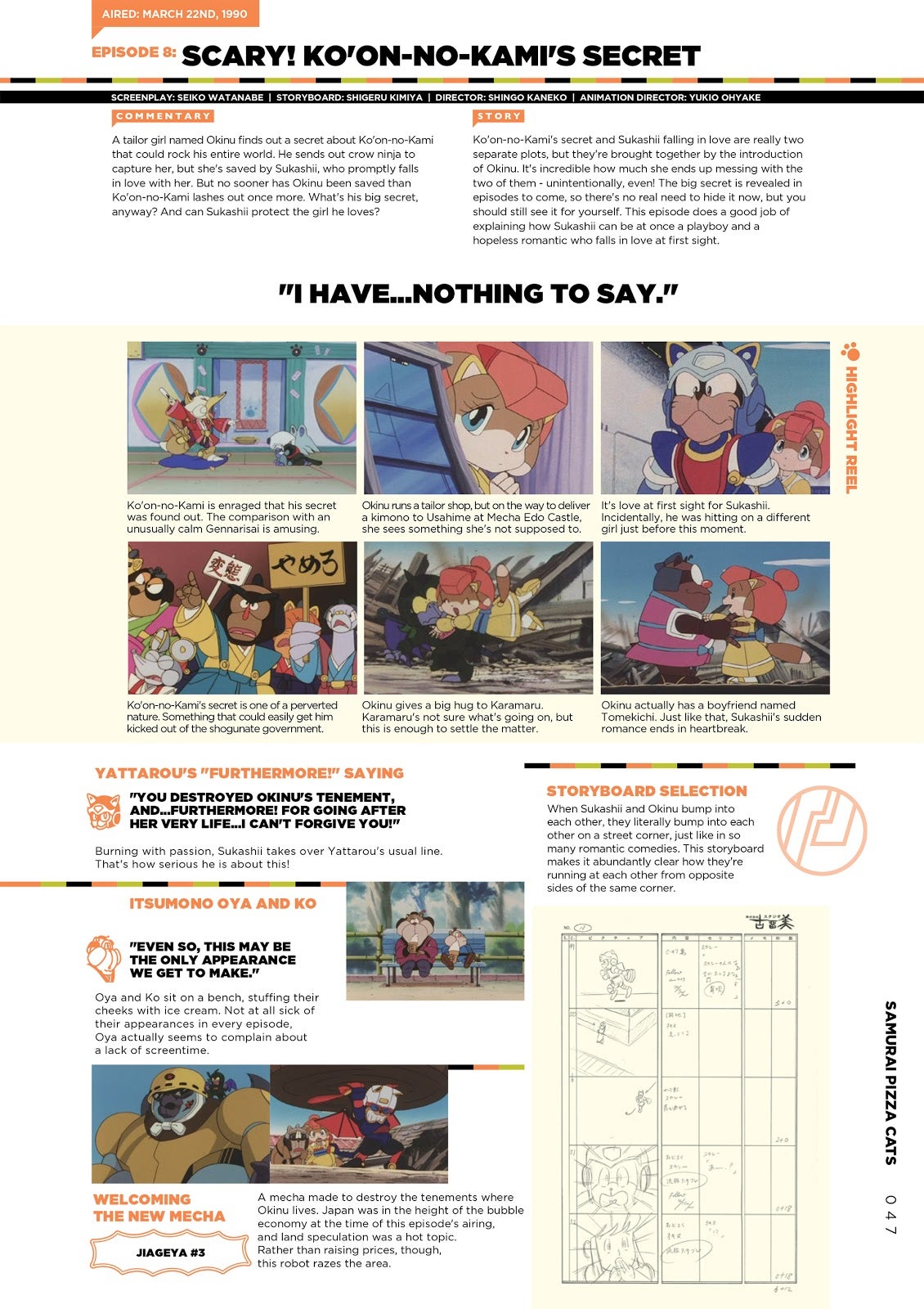 It’s an outstanding reference book that’s got me going back through subtitled episodes of the original series on YouTube in order to get closer to one of my favourite old-school anime series. Check out a few more preview pages from the book in the slideshow below, and look for it in stores on March 19. 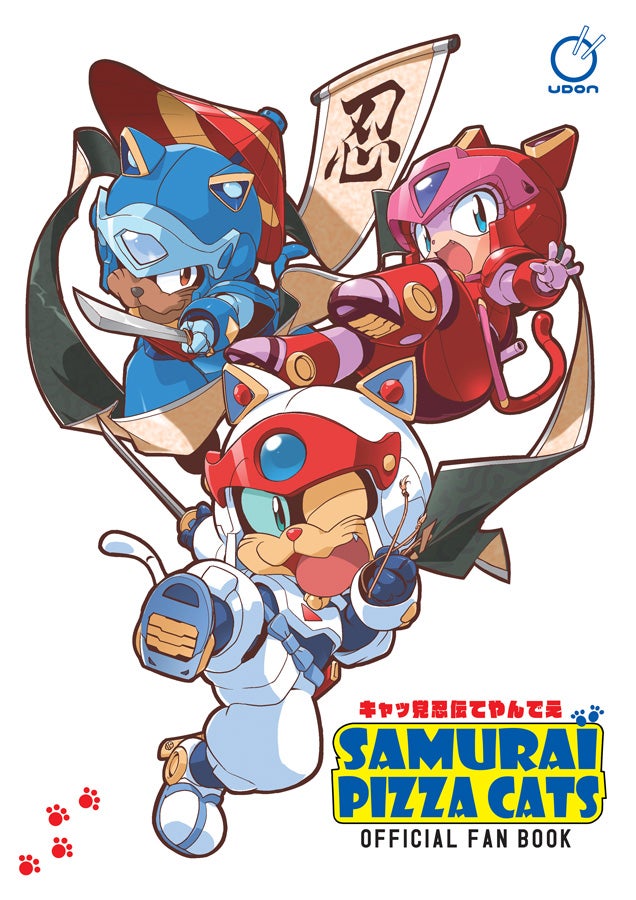 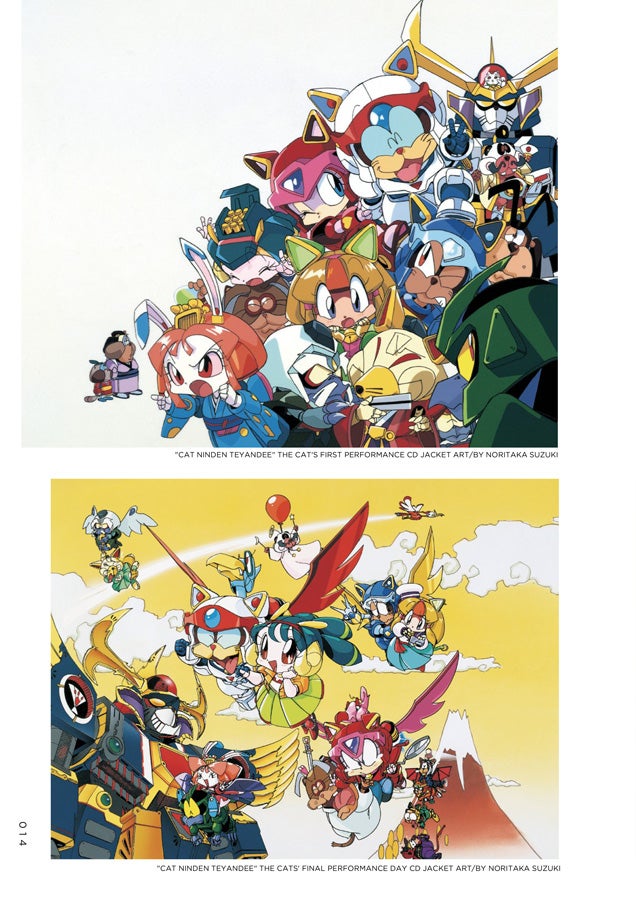 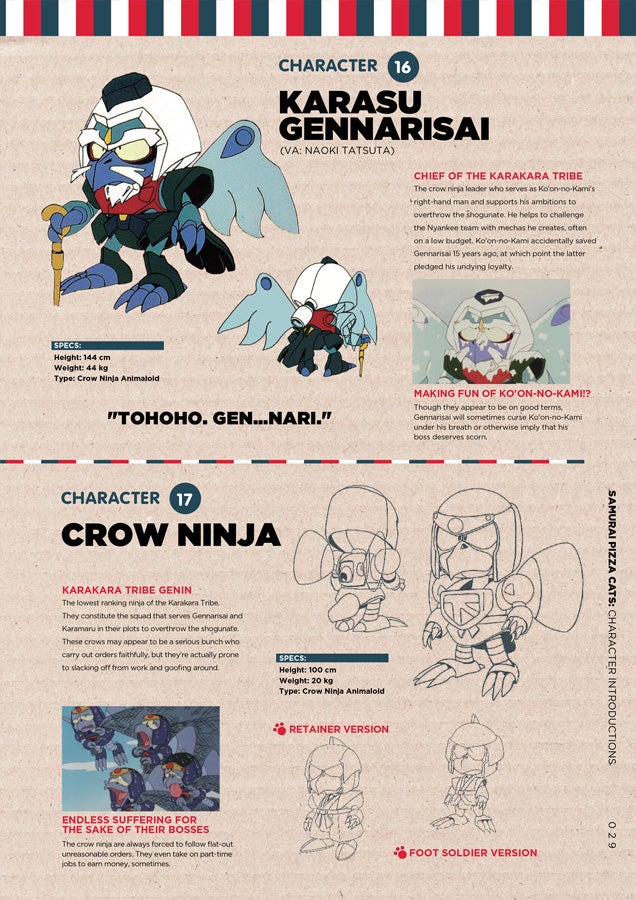 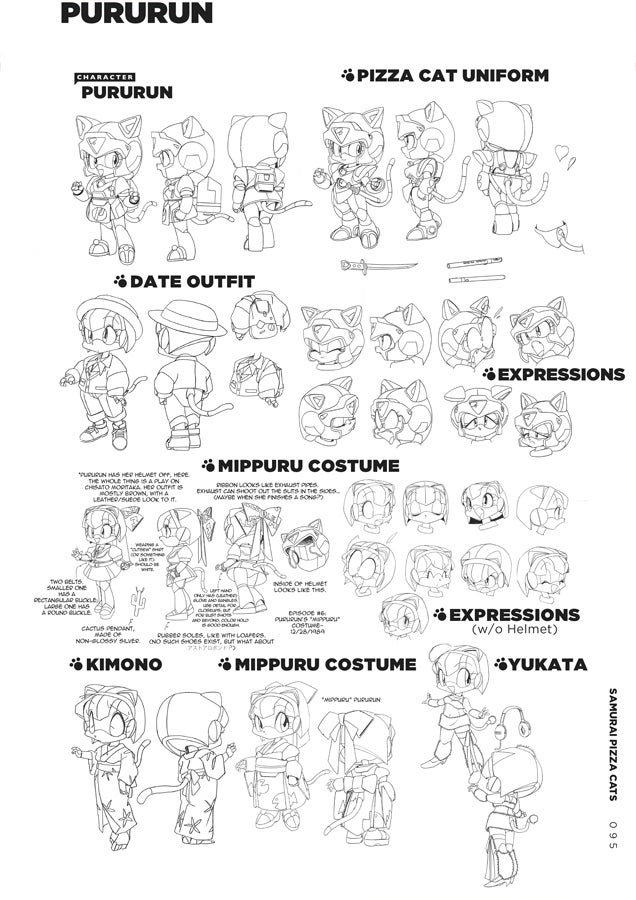