ToeJam & Earl: Back In The Groove Is A Well-Timed Throwback

Rejoice! There’s a new ToeJam & Earl game out and it’s not garbage.

Kickstarted back in 2015, ToeJam & Earl: Back in the Groove is a soft reboot of the original game that debuted on the Sega Genesis back in 1991. It’s out now on PS4, Xbox One, PC, and Switch, and it’s entirely decent.

Even better: It’s a real, honest-to-god ToeJam & Earl game. That means you play as one of the two titular aliens, or one of their friends, as they try to find all their spaceships, which crash-landed on Earth, so they can get back to their homeworld of Funkotron. There are some modern tweaks and additions in the way of items and enemies, but otherwise it simply goes back and mines what made the original so beloved.

I’ve never wanted to hug anyone more in my life. (Screenshot: Kotaku, ToeJam & Earl: Back in the Groove)

And you know what? That’s fine. ToeJam & Earl fans have waited almost three decades for this, and Back in the Groove does a perfectly admirable job of hitting all of the same old beats. Like the original, it’s a roguelike.

The items you pick up will be different each time you play, and once you die, the game’s over. While you can play on the largely pre-baked “normal” map, you’ll quickly unlock random runs that continually change up each playthrough’s 25 levels and what appears on them. Beating the game unlocks new special items that can appear in the collectable presents you find on a run, as well as extra characters, each with unique stats like better speed or higher health.

Four slots on the nine-character roster are taken up just by the original and new forms of ToeJam and Earl, changing up the pants they wear and their special abilities.

Old-school Earl, for example, can eat anything without getting sick, while modern Earl gets discounts on sushi and root beer at food stands. At this point, anyone reading who isn’t familiar with the series probably has a lot of questions, like why is ToeJam made of pull-and-peel Twizzlers, and also, what do you actually do in this game? 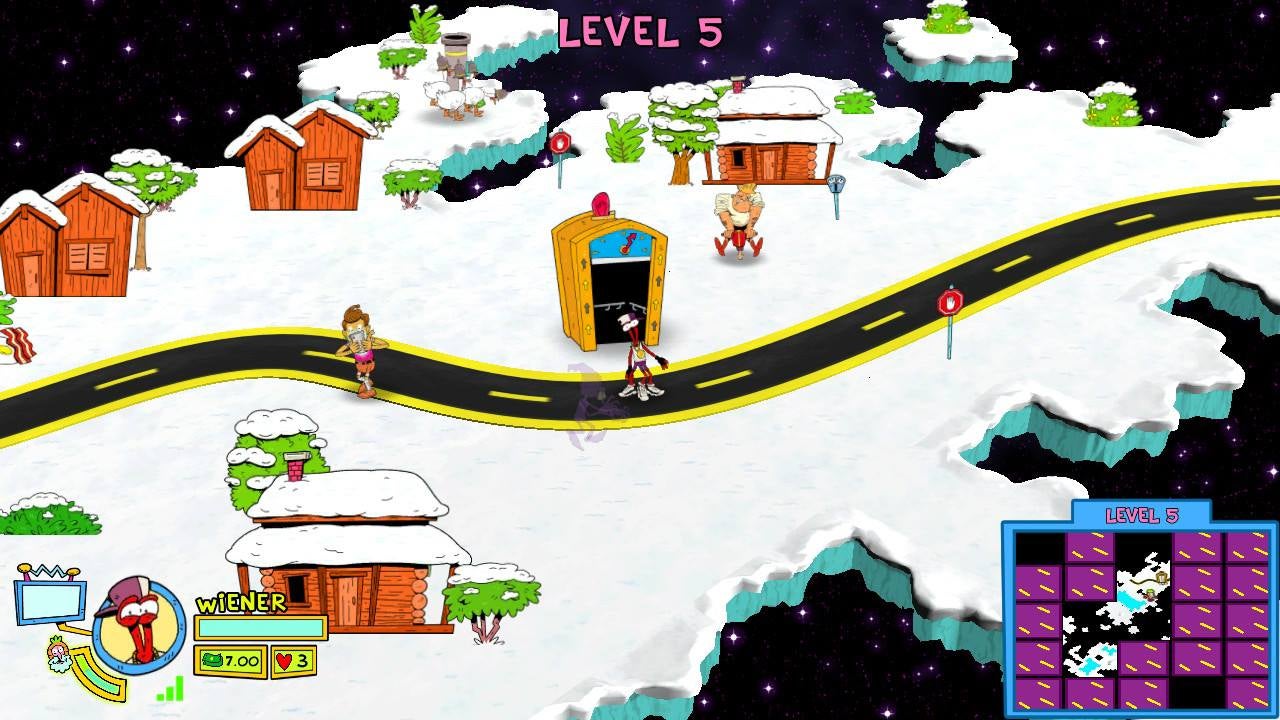 Finding the broken pieces of your spaceship mostly involves walking around small islands hovering in space, searching for the part, and then hopping on an elevator to get to the next level. Between these objectives are Earthlings which can range from little devils that poke you with forks to rent-a-cops looking to run you over on their Segways. To fend them off, ToeJam and Earl collect and open presents, which have surprises inside like spring-loaded sneakers or super-sneezing dust that can be used to get around the earthlings or send them to a better place.

Despite being a messy mashup of platforming, puzzles, and collect-a-thoning that leans heavily on nostalgia for the original, playing a new ToeJam & Earl has been surprisingly rejuvenating.

It’s funny without throwing it in your face or being cringy, and the fact that the game feels so aggressively anti-optimisation makes it easy to sit back, explore, and just slowly trawl across each map at your own pace. Unlocking new stuff by winning is fun, but honestly it’s enough just to hang out in a alien, acid-jazz-infused dimension. 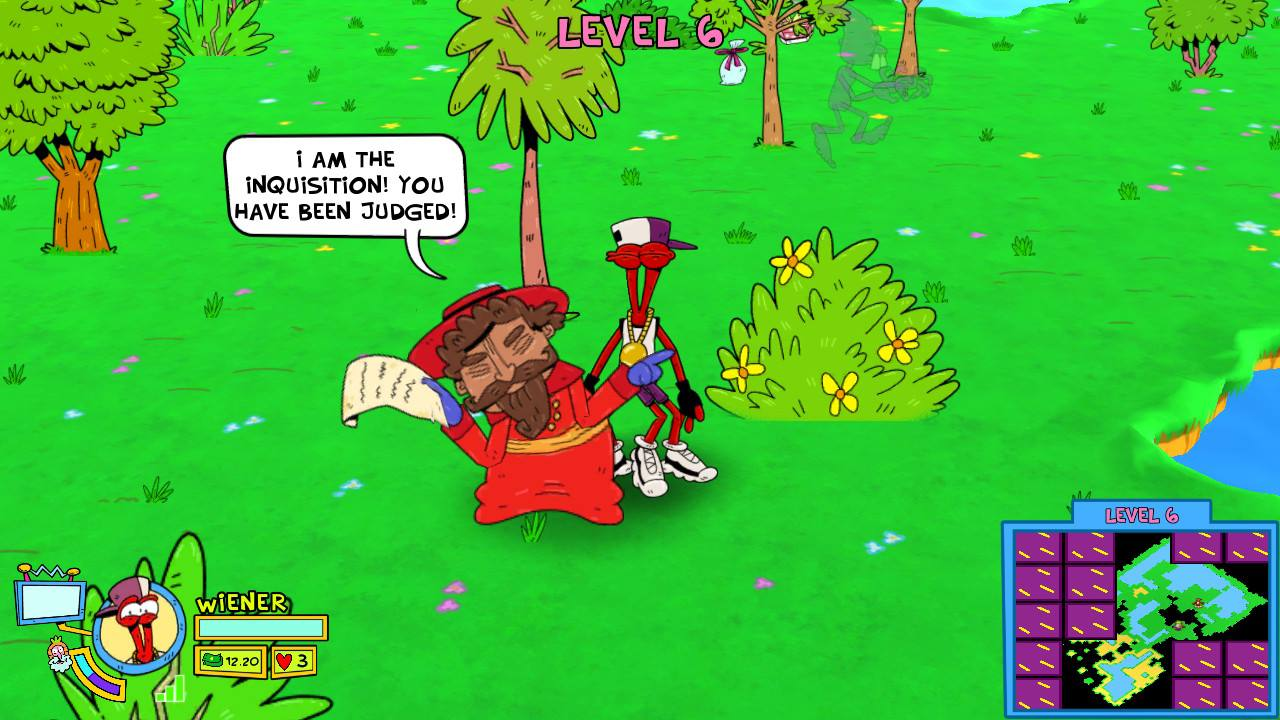 A lot of the fun of Back in the Groove comes from discovering what new items and enemies will do, like this one which throws you off the map and down to the previous level. (Screenshot: Kotaku, ToeJam & Earl: Back in the Groove)

Back in the Groove, like its predecessor, is much more than just the sum of its parts, though. The funky bass guitar riffs, the bright colours, and ToeJam and Earl’s chill-as-fuck attitudes imbue the entire surreal pastiche with a warmth and goofy weirdness that makes it easy to have fun with, even if it doesn’t quite inspire the same amount of love as the original.

Back in the Groove looks great, especially when being held two feet from my face on the Switch’s small display, but the rhythm of the gameplay feels a bit off, and the animations are more rigid than the smooth, free-flowing cadence of the original.

It still reconjures the magic, though – especially on co-op. While it can be played with up to four people online, I recommend duos on the couch, like in the old days. The game works—although I still wish I could unlock a secret portal to the first game every time I’m blazing over the squiggly neon hills of the hyper funk zone.