Tracing The MCU Timeline Of That Important Captain Marvel Artifact

Aside from the fact that it stars Carol Danvers, a hero we know will team up with the Avengers in Endgame next month, Captain Marvel’s wider connections to the Marvel Cinematic Universe don’t really become clear until quite a bit into the movie. If you’ve got questions about it, we’re here to help.

There we go. Right, hello, Captain Marvel viewers! So, how about that cosmic cube, huh?

Yes, the mysterious energy Mar-Vell was researching on Earth as a means of providing lightspeed travel before her own people hunted her down, and the thing that gave Carol Danvers her incredible powers, is none other than the Tesseract—or, as we know it now, the containment structure for the Space Stone.

And, given that Captain Marvel fills in an intriguing gap in the timeframe of the Marvel movieverse, it suddenly fleshes out the item’s path across almost an entire decade of movie appearances. So, if you were wondering, here’s everything we know about the journey of the Tesseract, from ancient times, to the snap heard ‘round the world in Avengers: Infinity War.

Literally the Dawn of the Universe: The Big Bang creates six primal elemental singularities, forged by mysterious beings known only as the Cosmic Entities into the Infinity Stones: Time, Reality, Soul, Mind, Power, and Space. The last of those is the one we’re concerned with here. (Avengers: Infinity War) 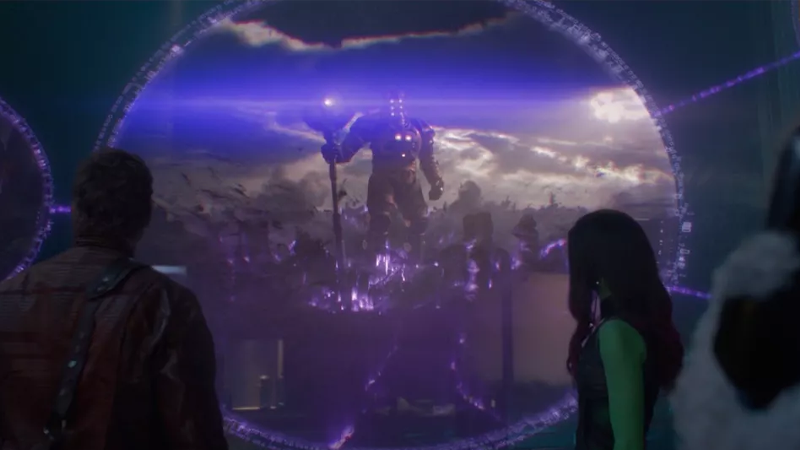 The Guardians of the Galaxy witness a recording of a Celestial wielding the Power Stone. (Image: Marvel Studios)

Ancient History: Multiple cosmic civilizations, including the Celestials, wield the Space stone after its power is contained by the crystalline cube known as the Tesseract (who made the containment vessel is, so far, unknown). The Asgardian ruler Odin eventually encounters the Tesseract and stores it as the crowning jewel of his own vault, filled with cosmic artifacts of untold power. (Guardians of the Galaxy)

Approximately 10th Century, Norway: The Asgardians, intentionally or otherwise, leave the Tesseract on Earth in Tønsberg, Norway, under the care of human worshippers of the Asgardians. It stays hidden for centuries until… (Captain America: The First Avenger)

1942, Norway: Johann Schmidt, a Hydra agent, recovers the Tesseract from inside a church in Tønsberg during the Nazi occupation of Norway. He returns it to Hydra HQ, where scientist Arnim Zola taps into its powers to create weapons of mass destruction. (Captain America: The First Avenger) 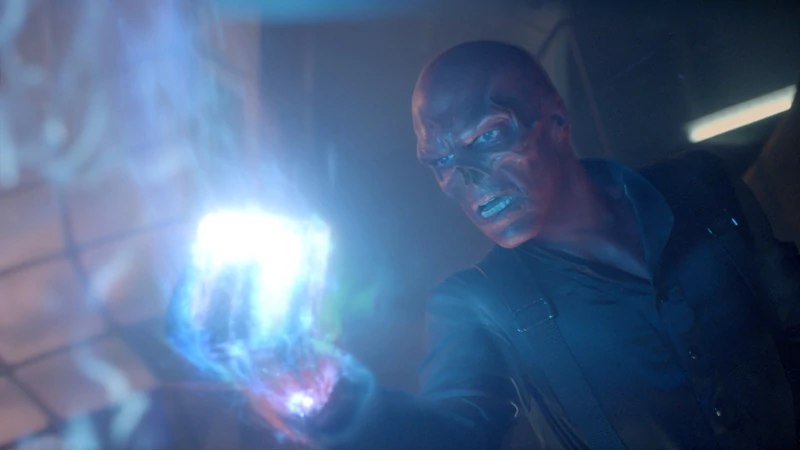 1945, Arctic Ocean: Steve Rogers, better known as Captain America, and Schmidt, now known as the Hydra supersoldier Red Skull, battle over the Tesseract in the airship Valkyrie. The ship is on course to drop nuclear warheads on New York City as part of Red Skull’s plans for Hydra’s domination of the world. During the struggle, Red Skull attempts to wield the power of the Tesseract himself, causing a rift in space to teleport him to the planet Vormir. The Tesseract burns a hole through the floor of the Valkyrie and plunges into the ocean. Captain America and the rest of the Valkyrie follow it shortly after, and Cap is frozen in ice for the next 70 years. (Captain America: The First Avenger) 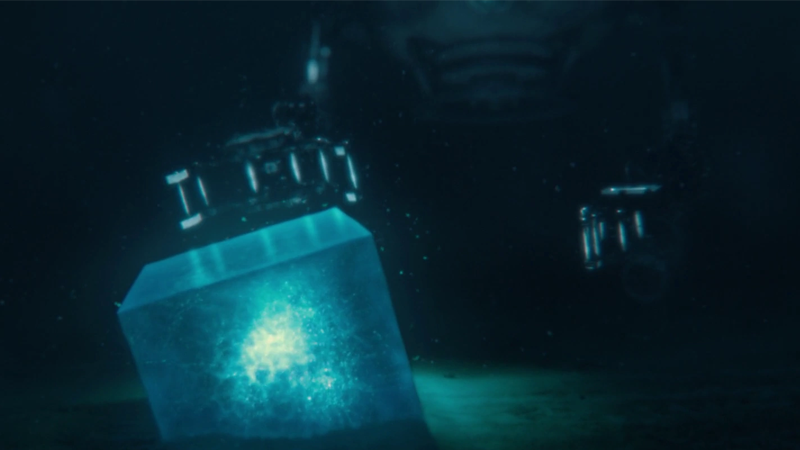 1980s, Nevada: Project PEGASUS, a joint operation between the United States Airforce and NASA, is formed after the U.S. government comes into possession of the Tesseract. Mar-Vell, a Kree scientist operating on Earth, disguises herself as Dr. Wendy Lawson, and gains access to the Tesseract in an attempt to use its power to create a lightspeed engine she can provide to Skrull refugees attempting to flee their long war with her people. At some point, Mar-Vell relocates the artifact to her hidden research base in Earth’s orbit. (Captain Marvel)

1989, Nevada: A Kree ship piloted by Commander Yon-Rogg of Starforce shoots down a test fighter powered by the Tesseract’s energy, flown by Lawson and USAF Captain Carol Danvers. In the wake of the crash, Yon-Rogg murders Lawson, and Danvers, having destroyed the test engine of the ship in an attempt to incapacitate Yon-Rogg, accidentally absorbs the cosmic energies of the Tesseract, rendering her unconscious (and also giving her vast photonic superpowers). Yon-Rogg abducts Danvers hoping to extract the energy from her, returning her to the Kree homeworld Hala, where her memories are altered so she’d believe the Skrulls were behind her accident. She’s trained to be an agent of Starforce. (Captain Marvel)

1995, Earth Orbit: Danvers, having escaped Skrull captivity in the wake of a mission gone wrong, crash lands on Earth. There she uncovers Mar-Vell’s secret identity and her real past alongside SHIELD Agent Nick Fury and Mar-Vell’s beloved pet, a cat-shaped Flerken named Goose. Recovering the Tesseract from Mar-Vell’s base in orbit to keep it out of Kree hands, Goose—to the disgust of everyone who witnesses it—stores the Tesseract inside a pocket dimension in her stomach. (Captain Marvel)

1995, Undisclosed SHIELD location: Danvers leaves the Tesseract in the care of Fury and Goose, the latter of whom hacks up the Tesseract right onto Fury’s desk. It enters SHIELD custody (hopefully after a good clean), where Project PEGASUS is revived to study the Tesseract, with SHIELD providing security and advice. (Captain Marvel) 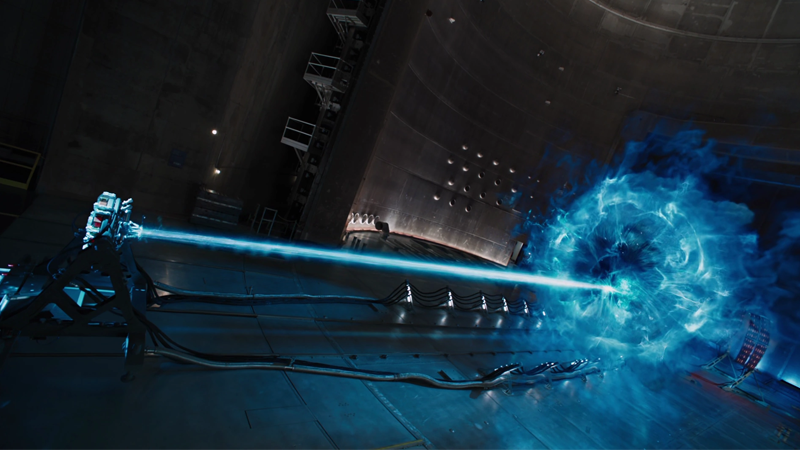 The portal-opening powers of the Tesseract are tested at SHIELD and PEGASUS’ Joint Dark Energy Mission Facility. (Image: Marvel Studios)

2012, Mojave Desert: The Tesseract is eventually relocated to a SHIELD facility, where tests are conducted in an attempt to unlock its energies. Loki, operating on behalf of Thanos, attacks the facility, stealing the Tesseract in the hopes he can use it to dominate the Earth himself. (The Avengers)

2012, New York: The Avengers, a team consisting of SHIELD agents Black Widow and Hawkeye, an unfrozen Captain America, Loki’s adoptive brother Thor, inventor Tony Stark (now operating as the power-armoured hero Iron Man), and gamma-irradiated scientist Bruce Banner (who transforms into the Incredible Hulk), is formed by Fury to stop Loki’s attempts to use the Tesseract to open vast portals above New York City, bringing in an army of Chitauri warriors to enforce his rule. They triumph, and the Tesseract is returned to Asgard by Thor, where it is restored to Odin’s vaults for the first time in thousands of years. (The Avengers)

2017, Asgard: Loki purloins the Tesseract from Odin’s vault before summoning the Fire elemental Surtur, as part of a plan to bring about Ragnarok and use the elemental’s sundering of Asgard to stop the rise of the re-awakened Asgardian Goddess of Death, Hela (Thor’s sister). Loki, Thor, Valkyrie, and Hulk, alongside a swathe of refugee Asgardians, flee the destroyed realm with the Tesseract in tow, aboard a Sakaaran spaceship called the Statesman. (Thor: Ragnarok) 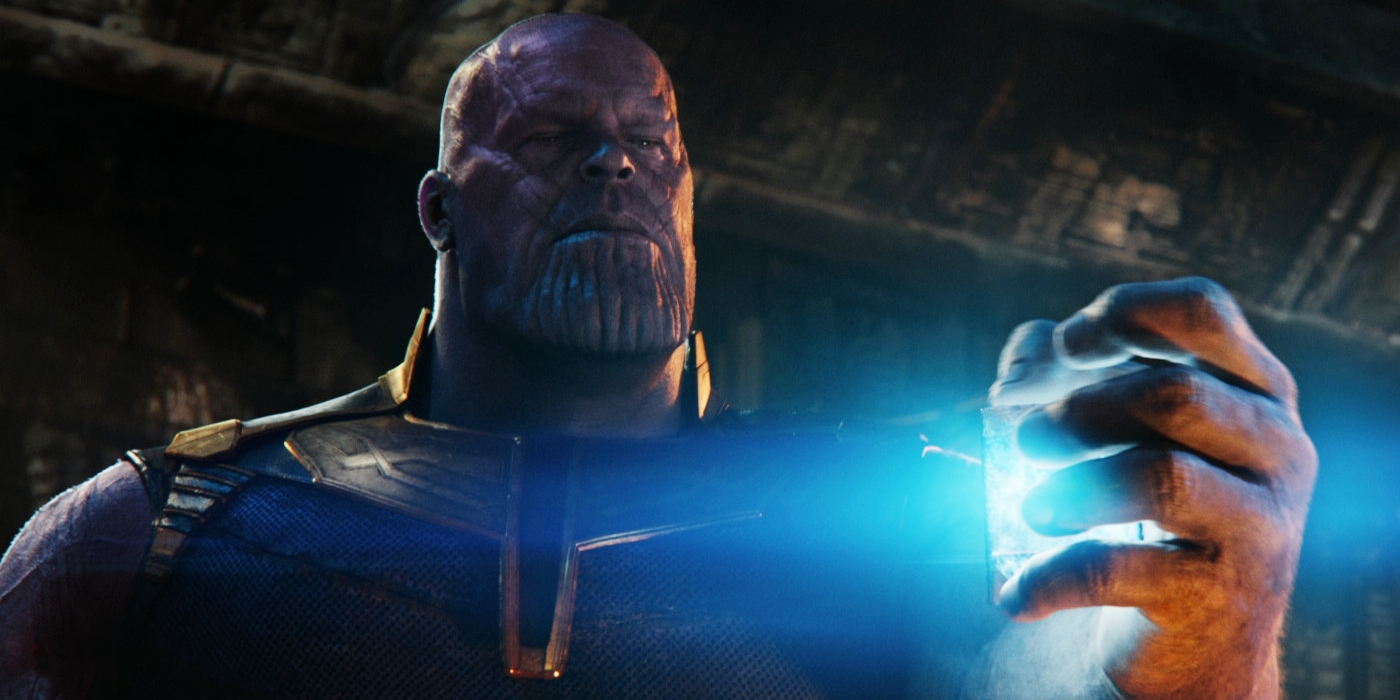 It’s hard to say just yet, given how little we know about Endgame, if the Space Stone has a future after it seemingly went inert after the snap. But at least we know a little more about its past thanks to Captain Marvel—we’ll just have to wait until April 27 to see if there’s more to tell of its long story.