Void Bastards Is A Shooter That Looks Cool As Hell

Out this winter, Void Bastards promises to wrap the pulp comic aesthetic up into an intergalactic strategy shooter.

It fit: Void Bastards was among the flashiest indies around. Bold black lines make its turquoise spaceships and monstrous villains pop. It looked like a high-budget sci-fi graphic novel come to life and genetically spliced with a Duke Nukem fan game. 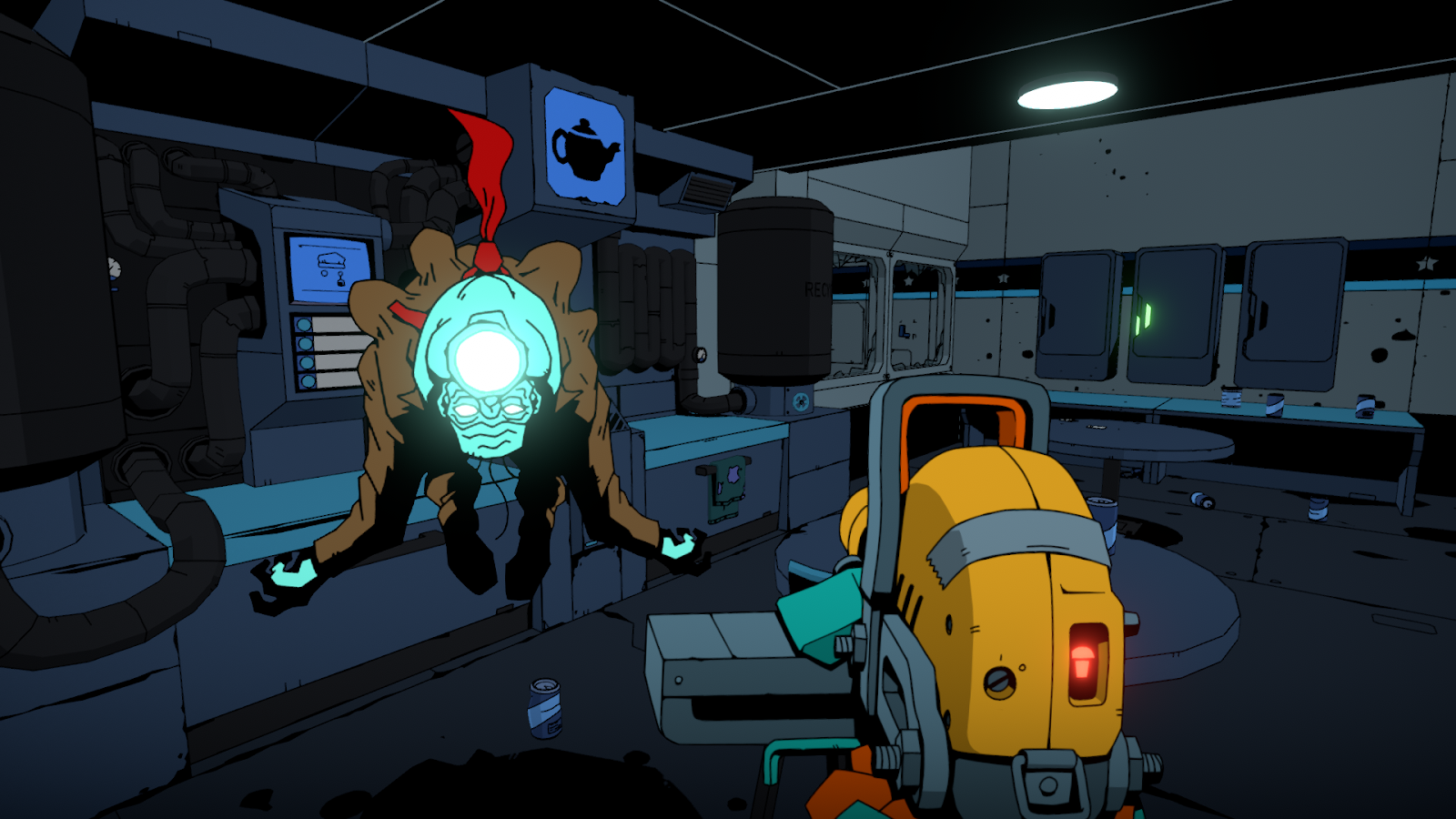 In Void Bastards, the player, a space convict, was until recently a bag of powder. As a prisoner on a spaceship, they were “rehydrated”—Lee’s term—by the computer in the hope that they’d fix the engine.

After coming to life, the player must split their time between a resource management-style mission-planner and an old-school shooter. All of this is in an effort to escape the nebula.

The player character isn’t any one person. Every time they die, they are “rerolled” with new traits, like the charming debility “smoker,” which has the player coughing loud enough to alert enemies of their presence, or a more simple ability that gives them excellent aim.

Two things stuck out to me playing Void Bastards briefly today: Its gritty artistic touches (the player’s backpack funnels oxygen right into their spine and stepping on some magic space mushrooms negatively impacts aim) and the sheer number of systems inside it. There’s a “workbench” for improving weapons or tools, a navigation screen, a supplies-acquisition system and, finally, the actual, meaty shooter. It’s to be seen whether all of Void Bastards’ systems hang together well.

Void Bastards will release on Xbox and PC (through Steam) sometime this winter.