Warframe’s Take On The ‘Battle Pass’ Is A Clever, Episodic Radio Drama 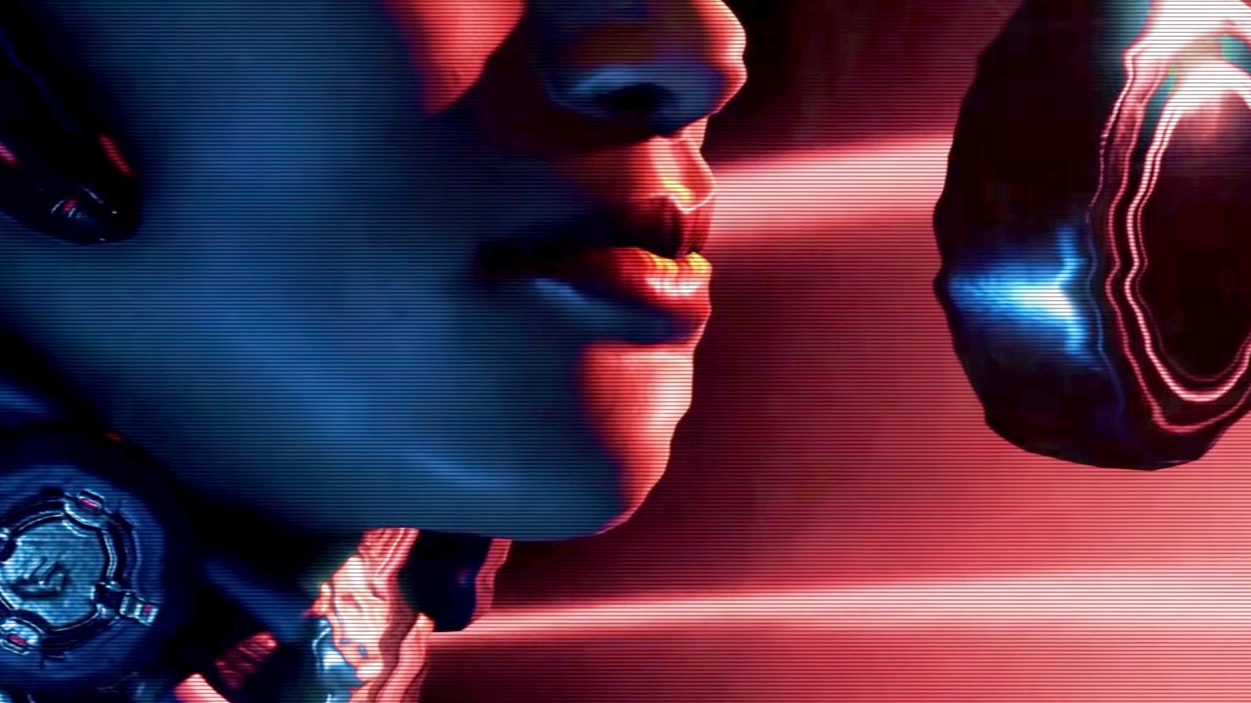 Digital Extremes has overhauled the daily alert system in its free-to-play loot shooter Warframe, something that had been in place for six years, and replaced it with a battle pass system called Nightwave that weaves its reward structure into a larger story.

Nightwave is the name of a new radio station players can dial into on their spaceships. It’s run by a new character called Nora Night, who uses a pirated broadcast signal to share gossip and conspiracy theories about the rich, powerful, and dangerous. Every time players log on, she’ll have a list of daily and weekly challenges for them to complete in order to build up their reputation with her and earn Nightwave-specific rewards like crafting resources, weapon mods, and armour sets in the process.

After a certain number of weeks, the entire thing resets and a new set of challenges and rewards become available, not unlike the seasonal updates already in games like Rocket League and Fortnite. 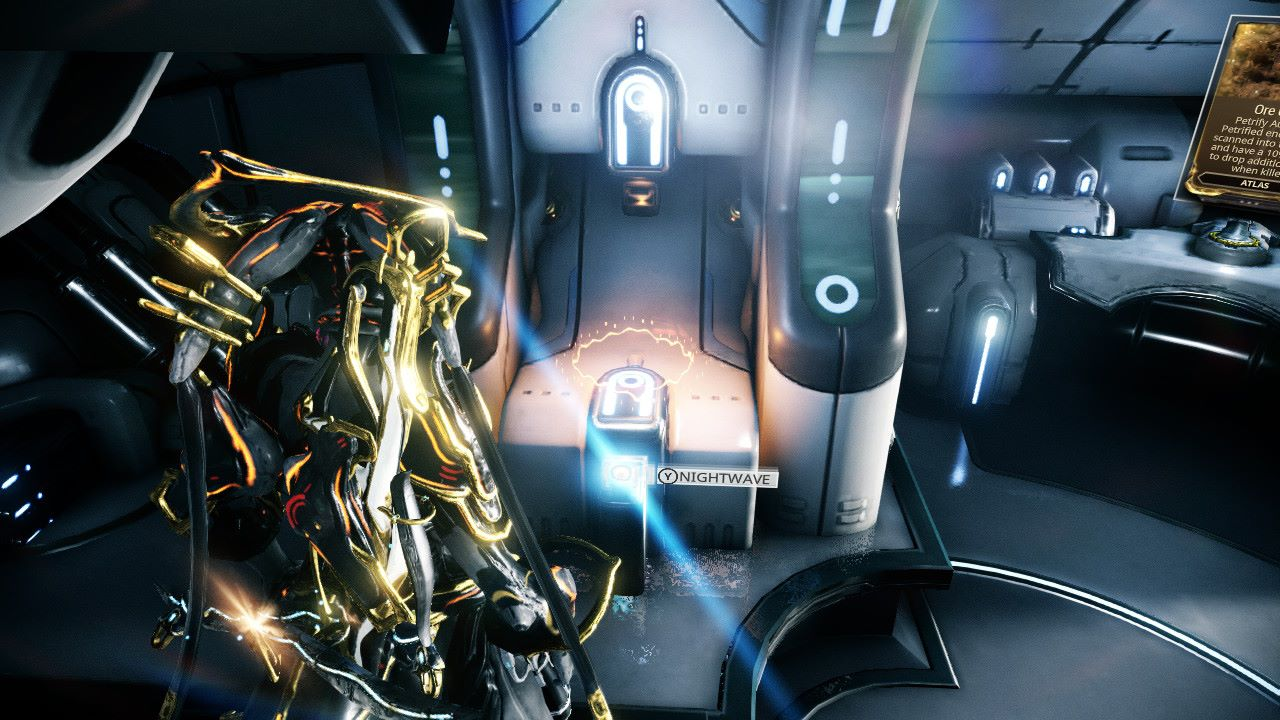 What’s extra cool about Nightwave is the way it’s subtly tucked into the rest of Warframe’s world building. Digital Extremes is treating Nightwave sort of like a radio play. There will be individual series that each run approximately 10 weeks, and inside each series will be a handful of episodes that slowly move the narrative along before resetting with a new arc.

The current series, called The Wolf of Saturn Six, focuses on a rogue Grineer criminal who managed to break out of a prison hidden deep within the planet’s gas clouds. Three other fugitives followed him, and now each has a random chance of spawning in any mission as a mini-boss.

Defeat them and you build standing with Nora. Defeat the Wolf and he might drop one of the components necessary to craft the giant sledgehammer that he fights with. Nora’s daily and weekly challenges, like kill X number of enemies in Y fashion, each net 1,000, 3,000, or 5,000 standing with her, depending on the difficulty. 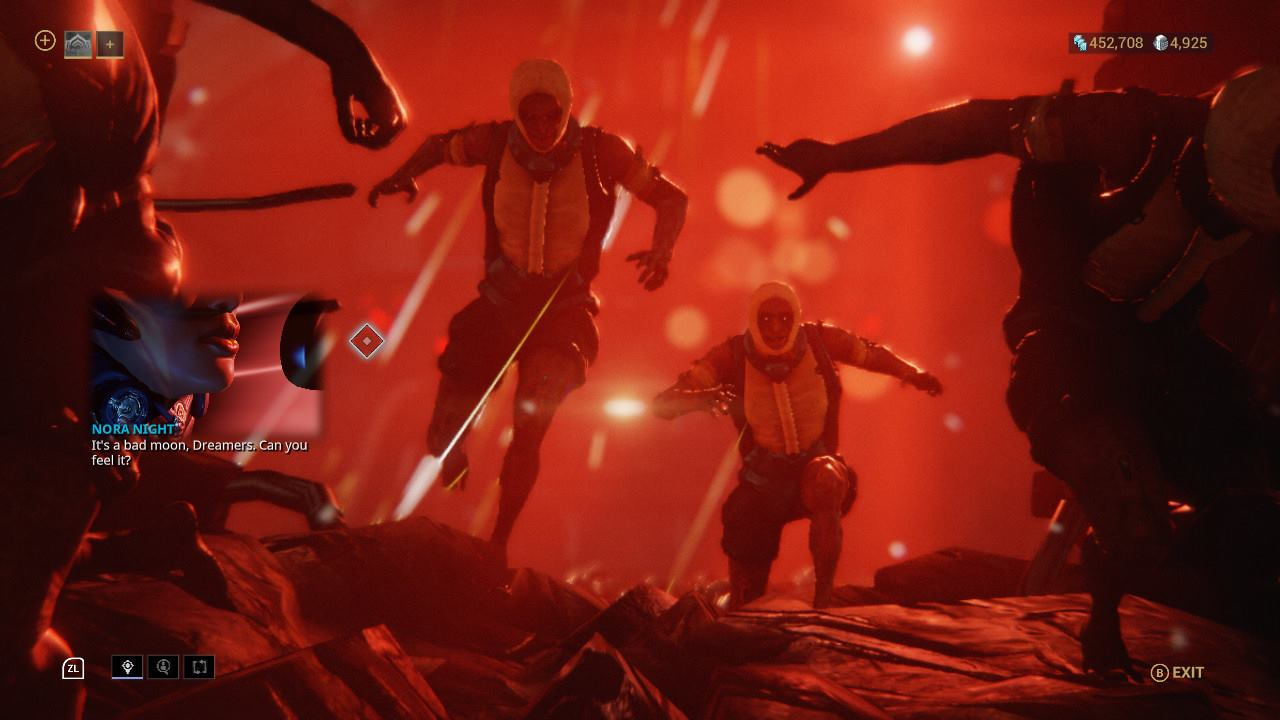 For every 10,000 standing, you reach a new rank going all the way up to 30, with a new prize at each tier. In addition, this first series adds a new currency called Wolf Creds which are awarded every few tiers and can be spent at Nora’s shop for other stuff like equipment mods, special skins, and new weapon blueprints. Once the series ends, all of this stuff will get replaced with a new set of loot themed around whatever the next storyline is.

It’s a lot, but also a huge improvement over the previous daily challenge system, which usually just consisted of going to a specific node on the map and repeating an old mission for a bunch of extra currency. It was mostly useless for veteran players and boring for newcomers. The new battle pass-style system not only provides a bunch of worthwhile rewards for logging on every so often to run a few missions, but also helps infuse Warframe’s universe with another level of fun intrigue. 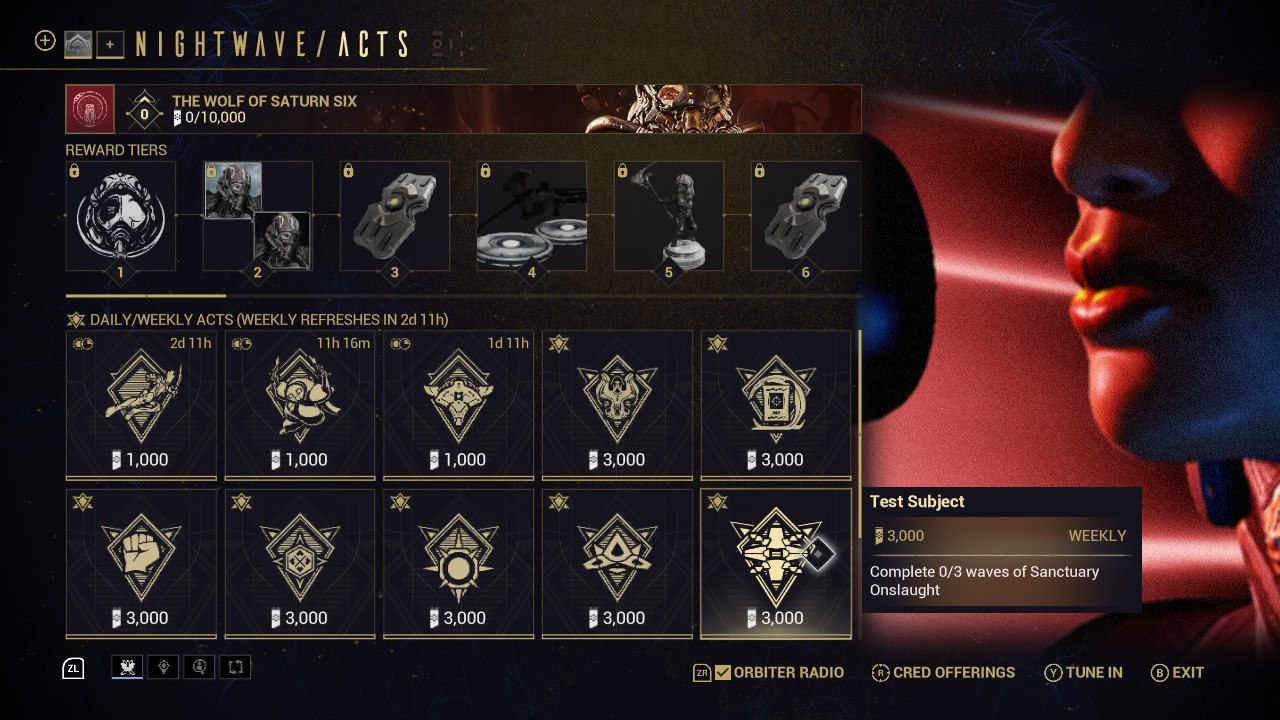 “Greed. Brutality. Oppression. True stories, all, and the System is full of them,” Nora says at the beginning of her broadcast. “Dreamers? You listening? The System needs you performing your good deeds of the day. Nora needs it. Needs you to act. To change things. Hear the news, Dreamers. Hear it, or be it.”

Warframe has always struggled with feeling like a single, unified game with a clear overarching story, not because there isn’t one but because it’s spread out across the game in small pieces due to its fragmented structure.