What Makes This Japanese Zombie Movie So Great Is A Spoiler 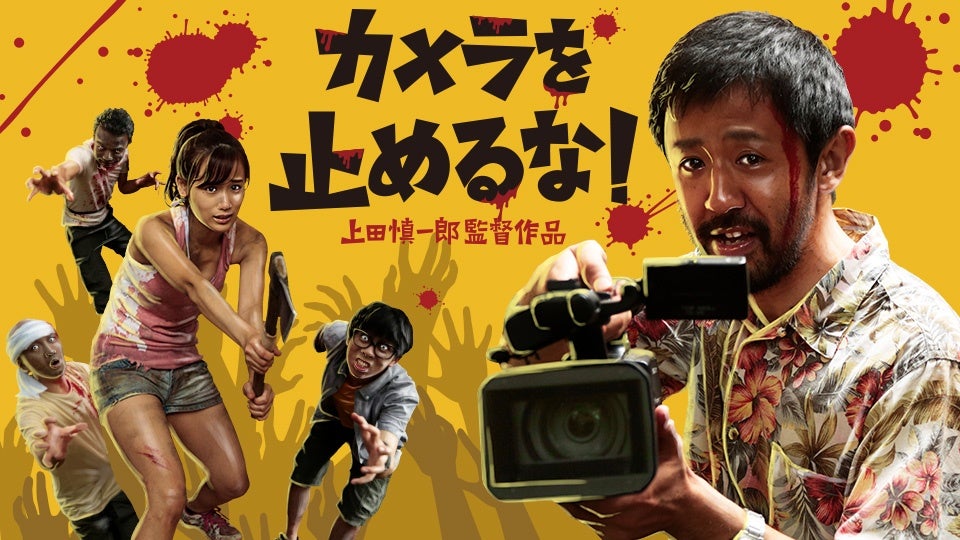 Throughout last year, I keep hearing how terrific the Japanese zombie flick One Cut of the Dead was. And I kept putting off seeing it. I thought I had seen it all when it came to horror movies, especially zombie ones. I was wrong.

Shot for under $42,317, One Cut of the Dead was made in only eight days and went on to become a cult hit in Japan. It has grossed over $37 million dollars and has been nominated for best picture at the Japan Academy Prize, Japan’s Oscars.

However, what makes this film so brilliant is a massive spoiler.

[Warning: This article has spoilers. Lots. Do not read this unless you like things spoiled!]

Going into this movie, the only thing I knew was that there was a long take and the title seemed to be a nod to either Shawn of the Dead or Typing of the Dead. Both, I hope. Hoping to pass time over the Pacific, I caught One Cut of the Dead on a plane. I wish I had seen it in theatres because it’s not only one of the most original zombie films I’ve seen but one of the best movies about filmmaking.

There is a rich history of long takes, whether that’s the tracking shot in I am Cuba, the openings of Touch of Evil and The Player, the traffic jam in Week-End or more recently, the intense fight scene in The Protector.

One Cut of the Dead starts with a single-camera 37-minute take that’s a complete zombie film. The plot follows the filming of a zombie movie that ends up overrun with real zombies. One camera in the film crew captures the horror as it unfolds in a long 37-minute take.

At 37-minutes, that’s certainly not the longest one-take. For example, the Mike Figgis move Timecode consists of 93-minute takes. Both are cinematic stunts. Much of Timecode was improvised, but One Cut of the Dead’s brilliance is that it only appears to be improvised. It’s not.

After that long take ends, One Cut of the Dead takes a sudden turn and becomes a vastly different film, turning into a movie about the making of the 37-minute zombie movie (which was a movie about a fake zombie movie turning into a really horrific situation). We go back to when the concept was first pitched to the director, his reservations about doing it and the difficulties entailed during pre-production as well as a behind-the-scenes look at the filming.

This is when things get meta. These are actors playing the film crew in the movie hired to make a one-take cable movie that we just watched. In the second half of the movie, we watch a film crew film the fake film crew in the zombie movie, creating different layers of reality: the in-movie reality and the behind-the-scenes one.

But unlike Day for Night, we’ve already seen the finished flick in One Cut of the Dead. It’s not some abstract movie. We just watched before the film completely changed.

While watching the 37-minute long take zombie movie, there were moments in which I thought certain scenes fell flat or the camera movement was off (in one scene, the camera is dropped and then left on the ground for what seems like a minute). I found myself picking apart these moments in real time, mentally deducting points from my overall impressions which were generally favourable. I thought this was the whole movie.

However, after the in-movie zombie movie ends and One Cut of the Dead turns into a making-of movie, we see why certain scenes didn’t work (other actors were sick, missed their cues, etc) or why certain shots were off, shaky or strange (issues with the cinematographer). It makes the original 37-minute one-cut movie even more impressive because it seemed improvised and amateurish when in reality, it wasn’t. Not at all.

Nothing in the first thirty-seven minutes was actually random, though it was made to look so. The long take and the mise-en-scène were designed to seem completely natural and spontaneous, but in reality, One Cut of the Dead is as calculated as Alfred Hitchcock’s Rope, which was a series of 20-minute long, highly calculated takes strung together and storyboarded way in advance.

This isn’t the ultimate movie making stunt. It’s a cinematic magic trick. As with any successful magic trick, this was the culmination of extensive planning, rehearsal and blocking. It’s not an accident that One Cut of the Dead is so great. No accident at all.