World Of Warcraft Fans Are Perturbed Over Pulled Portals

Next week’s World of Warcraft 8.1.5 update gives both the Alliance and Horde factions centralised portal hubs, which is good. At the same time, Blizzard is removing a bunch of existing portals, making it harder to get around the game. It’s an odd change that has players asking Blizzard why, and they aren’t satisfied with the answer.

Reported last week by the fine folks at Wowhead, centralised portal hubs are a common request from World of Warcraft players.

Rather than catching boats and zeppelins, taking overly long gryphon trips, or hunting down existing portals scattered about the cities, a central location with portals connecting to most commonly travelled locations would be a boon to travel-weary adventurers.

That’s what players had in mind. It turns out Blizzard had other ideas.

The new portal hubs are currently featured on the public test server and are going live next week. Located in the Stormwind mage tower and inside the gates of Orgrimmar, each hub features portals to seven locations:

These hubs also feature a non-player character that will teleport players to the Blasted Lands, where the Dark Portal stands. 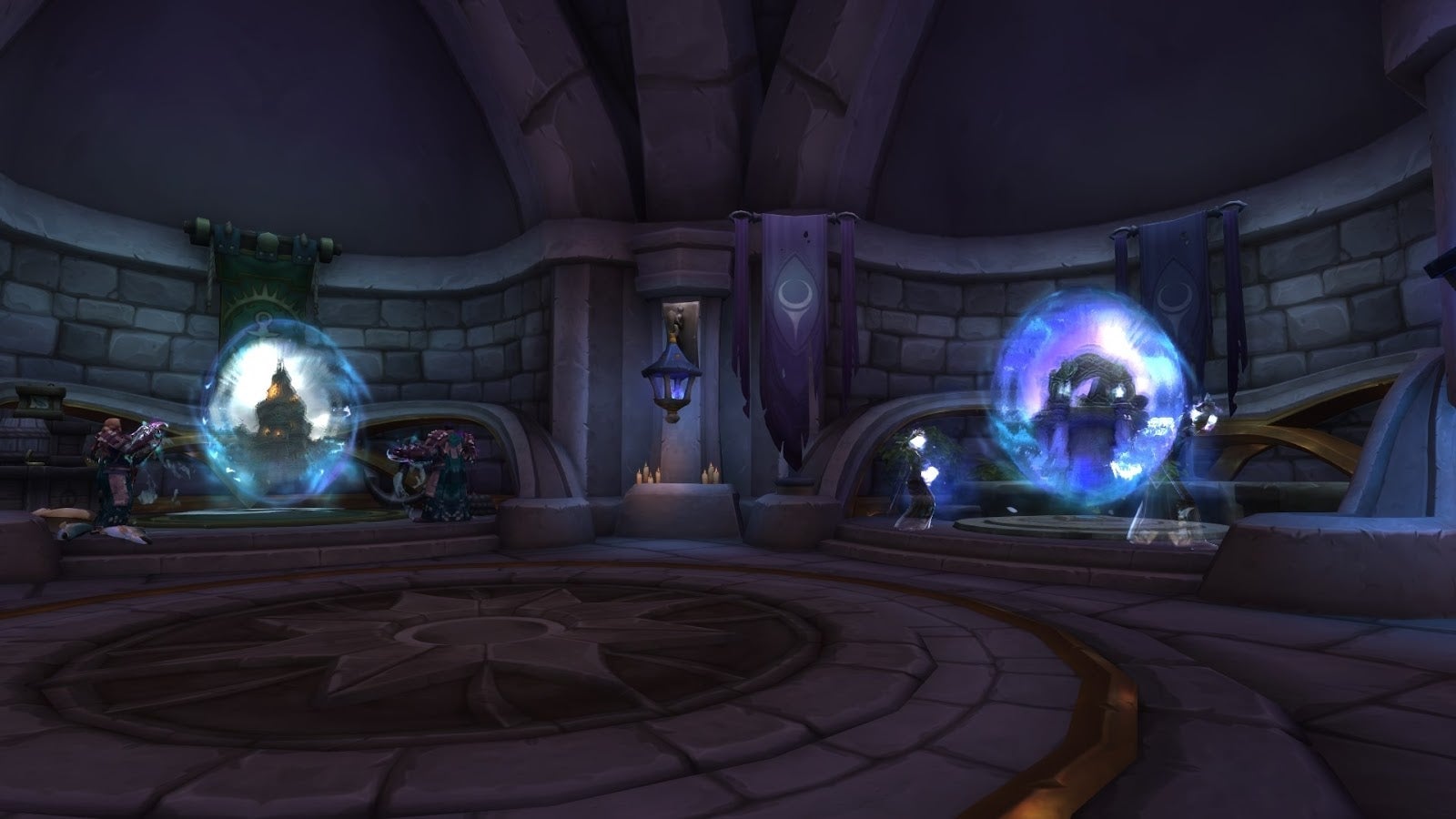 That isn’t a bad selection, though there are some glaring omissions.

There’s still no quick way to get from Orgrimmar to the Tauren hometown of Thunder Bluff.

Alliance characters looking to get from Stormwind to Ironforge still have to take the tram.

Portals to every major faction city can be found in the current expansion’s hub towns of Boralus and Dazar’alor, but lower-level characters still have to hoof it.

There doesn’t seem to be an easy way to get to Karazhan and the Caverns of Time any more.

Worst of all, the Legion version of the floating city of Dalaran, still used by many as a teleportation hub, is being purged of portals, a move that will likely leave the city a shadow of its former self. 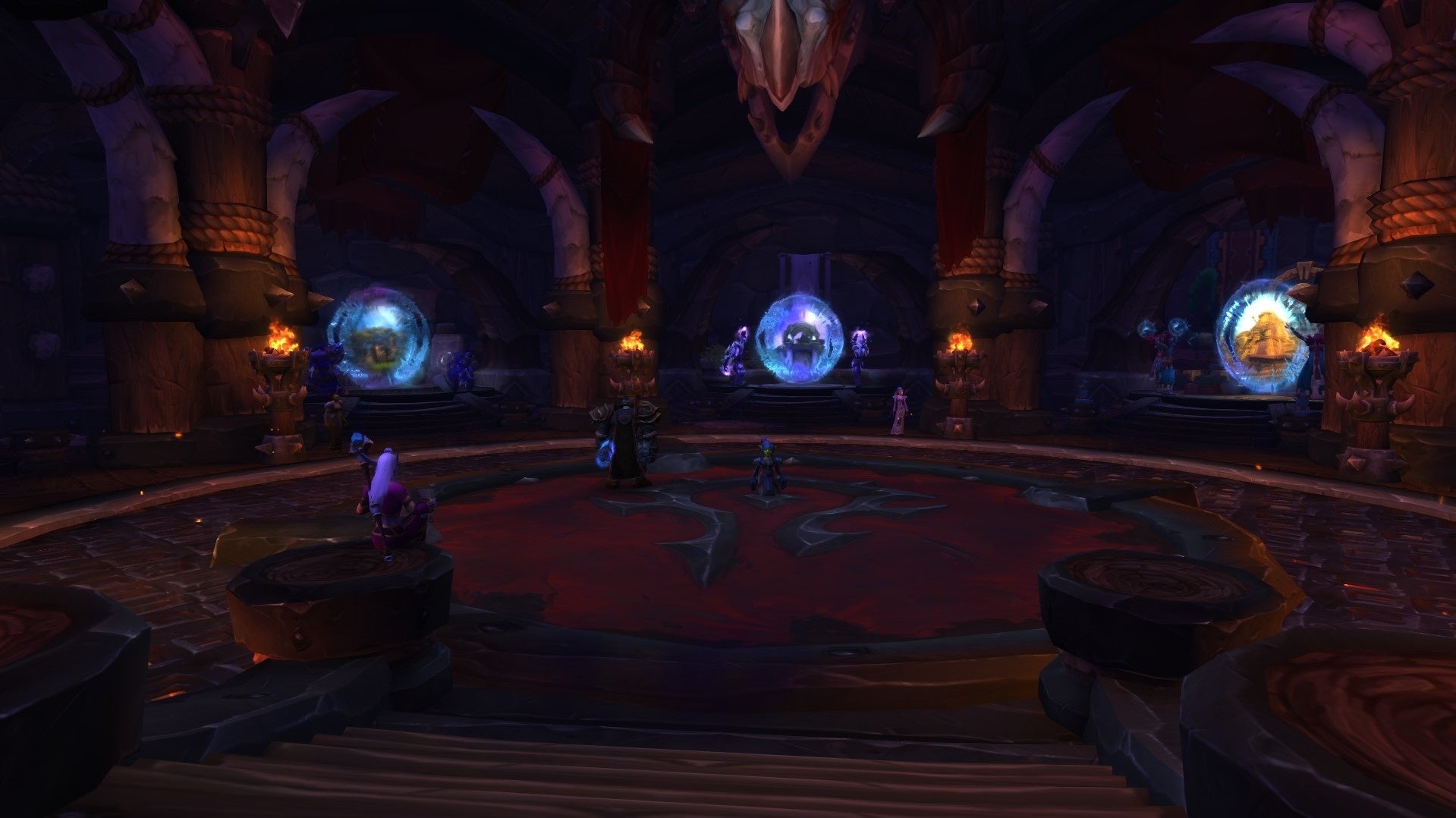 The news of the portal shuffling caused quite a stir amongst players unhappy with the changes. A massive thread in the official World of Warcraft forums titled “Stop Removing Portals” has garnered more than 5000 replies, including one from community manager Bornakk attempting to put the change in a positive light.

I understand that changes can throw people off a bit at first, but I also think they help keep the world of Azeroth feeling alive. When there are fewer portals, does the world feel a bit bigger to you? Do you like that? How difficult is it to get to the locations you mentioned without a direct portal?

Bornakk’s comment alone drew nearly 500 direct replies, including this one from player Orctang:

Nope, just feels like travel is being time gated. If you want the world to feel bigger make bigger zones that are more alive.

And an excellent point made by forum contributor Synsha:

You opened numerous pandora’s boxes of convenience throughout various portions of the game and have built a community that relies on that convenience. Taking it away now is akin to shooting your own foot.

Build on what you’ve built… don’t tear out the base and expect the rest of the building to just… figure out how to stand up on it’s own. It’ll fall. As will your community.

In response to the overwhelming negative player feedback, Blizzard community manager Kaivax posted an extensive explanation of the developer’s decision.

In his post, Kaivax talks about attempting to balance conflicting design considerations. On one hand, the team doesn’t want to make the game too portal reliant. “Too many eliminations of the distances between places can diminish a sense of the world having a meaningful size,” Kaivax said. At the same time, Kaivax explained they don’t want to make travel to any location too inconvenient.

He also points out that removing portals is something that’s happened with the release of every expansion; it just never happened with Legion or Mists of Pandaria, and now the devs are playing catch-up.

With new expansions, we’ve made a tradition of removing some of the portals from the previous expansion’s cities. The goal with that is to encourage transportation flow through newer places where players are more likely to interact with other players. We neglected to do that initially following Legion (and we never did that following Mists of Pandaria for various reasons), but we feel that we should have. We’re correcting that now.

Kaivax ends his post by saying that the new changes are the direct result of feedback from players, and that “We believe that the numerous remaining means of quick access in the game make most locations quite reachable.” The post already has more than 3700 responses, many of them negative.

My favourite reactions to the portal controversy come by way of the World of Warcraft Reddit page, where user winner_in_patching is compiling a list of predictions for the “next unnecessary random change in WoW”. Here are a few.

Fortunately, none of these player-suggested changes will be in update 8.1.5, which goes live on Wednesday, March 13.