An Easy Mode Has Never Ruined A Game 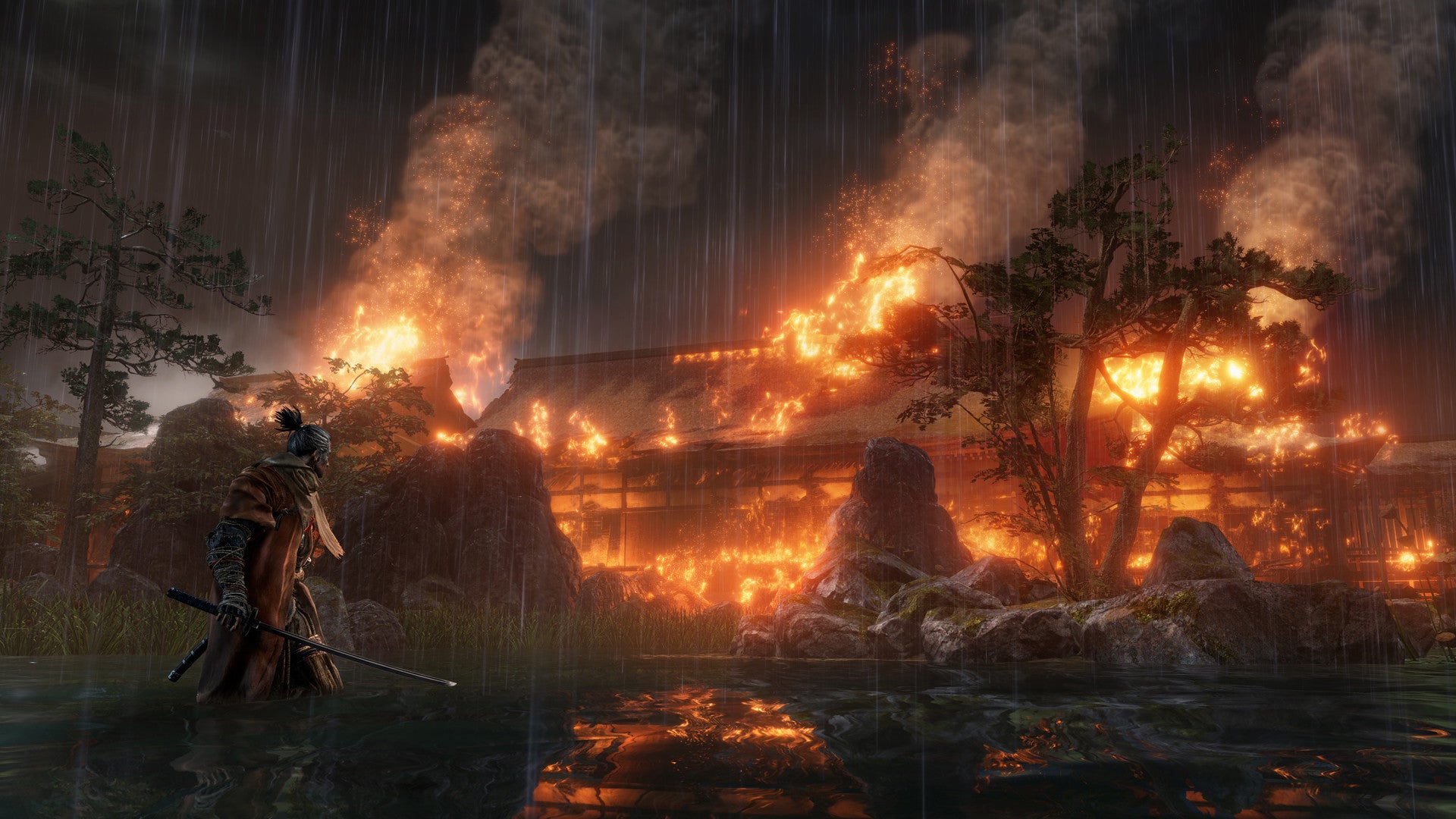 In video games, easy is a dirty word, even when it shouldn’t be.  There’s something about the word “easy” that rubs some players as condescending, something that we should maybe leave behind—except where we shouldn’t.

Like in FromSoftware games and Sekiro: Shadows Die Twice, a game that finds itself plagued by a debate that is, by now, familiar: Should it have an easy mode?

Despite Sekiro’s departure from many of the gameplay elements that made FromSoft series Dark Souls and Bloodborne infamously difficult, many players have the same takeaway about the game: it’s hard. Some say it’s too hard, and that it should have an easy mode. Since FromSoftware has spent the last decade crafting games that notably exclude easy modes, the notion that they might suddenly be introduced feels borderline heretical.

Like pledging a fraternity, a From game becomes a little bit more than a game when everyone who’s finished it has had to endure the same litany of absurd, theatrical challenges. Finish a From game, and you belong to an exclusive club full of other people who get it. Furthermore, Sekiro removes one of the biggest options that previous From games provided to players stymied by difficulty: the ability to summon other players for help.

As a result, talking about Sekiro can easily shift to talking about you, all the things you did to beat its many challenges, and your personal case for why you earned your spot in Club Sekiro.

To some, difficulty is fundamental to the FromSoftware experience. It informs every aspect of the company’s design philosophy. From’s spare style of storytelling, largely conveyed through cryptic item descriptions and subtle environmental clues, works better when you are forced to go through levels again and again. The stories these games tell often carry themes that revolve around decay or the loss of humanity. Failure allows you to both grasp the story and directly engage with it, completing the circuit.

In Sekiro, these ideas are brought into focus in an unusually clear manner for FromSoftware; dying and resurrection are an explicit mechanic with which you interact, and the game’s story plainly contemplates what that might cost. This all makes for a compelling case that Sekiro must be difficult, because difficulty is the point.

Part of the trouble is that “difficulty” can mean so many different things.

There are myriad ways video games can turn the dials on various systems to change our assessment of how “hard” they seem, and many developers have done as much without compromising the quality or integrity of their games. Consider Halo in the Bungie era. One of the understandings between the developers and the players was that Heroic difficulty was Halo as the studio intended it to be played, with entirely different enemy behaviours and placement.

Easy and Normal were there to welcome anyone who needed it, and even if it required less from you, you might’ve still found yourself engaged by the game’s story.

Devil May Cry 5 clearly wants you to play stylishly, and the combination of the recommended “Devil Hunter” difficulty and the way the game scores every combat encounter reminds you of that. But bumping down the difficulty and cheesing demons with clumsy combos doesn’t ruin the game, either. Adding an easy mode has never ruined a game.

Some of the people arguing for an easy mode in Sekiro aren’t just doing it because they refuse to unlearn or adjust their normal play habits. As frequent Kotaku contributor GB “Doc” Burford has written, players who suffer from chronic pain or significant physical disability can find the skill threshold in From games wholly insurmountable.

“With my chronic pain and fatigue issues,” Burford writes, “rapidly mashing buttons in games like Bayonetta or God of War can be physically draining,” and the die-and-repeat rhythm that FromSoft bosses like Bloodborne’s Father Gasciogne demand causes tremendous pain to accrue in his hand.

I myself deal with occasional chronic pain that’s only alleviated by a brace. When I put it on, I am ten per cent clumsier with a controller, making Sekiro ten per cent harder.

Can I rise to meet that extra ten per cent? Maybe. Should I be expected to? That’s a different question. Some people with disabilities may not need adjustments, but that’s exactly the point: “Hard” means different things to different people.

An easy mode can also offer an entirely different but equally desirable experience. To some, it could be the secret to making a game like Wolfenstein: The New Colossus go from “hardcore old-school shooter” that turns them off to “ridiculously apt Terror-Billy simulator” that brings them along for the ride. A concession on difficulty can lead to you discovering all sorts of things you might not otherwise appreciate in a game.

Sekiro and other From Software games aren’t necessarily about being “hard” in the first place—not specifically, at least. They are, as FromSoftware director Hidetaka Miyazaki said, about letting “players experience a sense of accomplishment through overcoming difficulties.”

As accessibility expert Ian Hamilton noted on Twitter, there are many ways this could be accomplished.

Would this mean that some players might miss whatever point the game is trying to make? Sure. Movies with closed captioning for the hearing impaired are making a concession, tacitly acknowledging that a fundamental part of the experience will not be appreciated. It’s also possible, as an able-bodied, neurotypical human being, to completely miss the point of a film and believe yourself to be right.

Games, like just about every other art form, don’t always explain their creator’s intent. Not all of it. That’s for us to sort out. And there’s nothing wrong with letting more of us try.