Buzzwole Is An Alien That Communicates Exclusively In Body Building Poses

hapheres another pokemonmusclespokemon
To sign up for our daily newsletter covering the latest news, features and reviews, head HERE. For a running feed of all our stories, follow us on Twitter HERE. Or you can bookmark the Kotaku Australia homepage to visit whenever you need a news fix.

Every Pokemon is interesting and worth talking about. I don’t play a ton of Pokemon, but I do enjoy the universe and I love learning more about the creatures in it. So, Here’s Another Pokemon! It’s Buzzwole!

The first time I saw Buzzwole I didn’t understand what I was looking at. I remember thinking to myself “This doesn’t look like a Pokemon. It seems alien and weird.” Turns out, Buzzwole is basically an alien and my initial reaction was accurate.

Buzzwole, according to multiple Pokedex entries, is from another world. One entry even says “…it’s alien to this world…” So I guess that explains why it looks like this. Buzzwole feels like it fell out of a totally different TV show or franchise. That head really throws me for a loop, it looks like someone took a plate and stuck a pole to it and then put that on to the body of bodybuilder who was cosplaying as an alien. 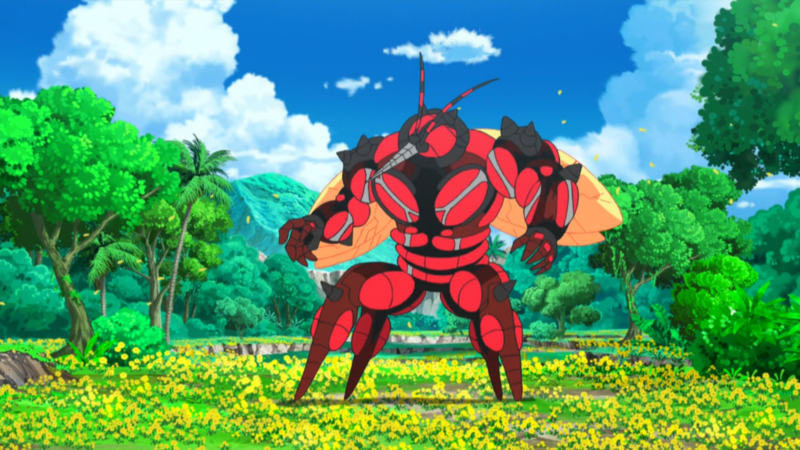 Just like a bodybuilder, Buzzwole is often seeing striking poses that show off the creature’s massive muscles. It is believed that this is its primary form of communication. How other Buzzwoles see these poses, considering they don’t seem to have eyes, is not explained.

According to Bulbapedia, the proboscis isn’t just for show. Buzzwole actually uses it to suck the energy from enemies to make itself stronger. Which feels like a shitty thing to do.

Some poor kid throws out their cute Bulbasuar and suddenly Buzzwole is just stabbing it with its proboscis and sucking out its life force, which also means it probably is sucking out some blood. 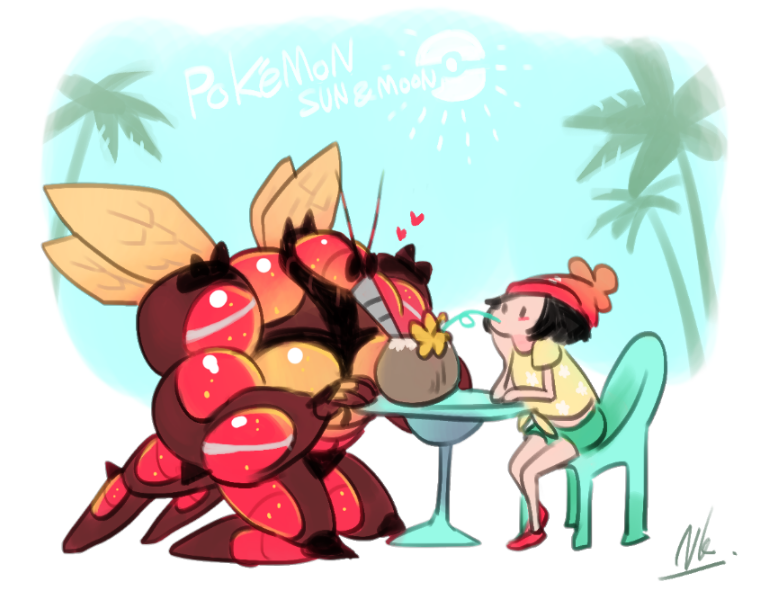 Nakazahart made this cute picture of Buzzwole and their trainer having a drink and sharing a nice moment together. It also made me think about having a mosquito-like proboscis and how that seems like it could be useful when trying to drink stuff. Well, maybe not for coffee? That might be painful unless you cover your nose straw with some kind of insulated sheath.

Assuming this thing is durable enough it could probably go through a building without slowing down much. Even more ridiculous when you realise that all that force is concentrated on small surface areas, like the bladed wings or sharply angled front of the body.

Calling this critter a mobile guillotine would be an understatement.

Holy shit indeed. I wonder if a Skarmory has ever crashed into an airline jet mid-flight. I hope those folks survived that encounter.