War of the Spark, Magic: The Gathering’s next expansion, features the game’s largest collection of Planeswalker cards to date. Wizards of the Coast has tapped a number of different artists to create alternative versions of the cards for Japan, including Yoshitaka Amano of Final Fantasy fame.

Amano produced concept art for the series up until Final Fantasy VI, and still contributes promotional art and designs the games’ logos. In War of the Spark, he provided the alternative art for Liliana, Dreadhorde General, a planeswalker responsible for death and destruction who can manufacture new zombies every turn. Amano’s version of the card is instantly recognisable and, at least in my opinion, much cooler looking than the standard version.

There are 36 different Planeswalkers in War of the Spark, with rarities ranging from uncommon to mythic. Although every pack will include at least one planeswalker, the legendary ones like Liliana will be much harder to get.

According to Wizards of the Coast, only half of the Japanese booster packs will have the alternative art in them, making Amano’s Liliana that much harder to find.

While the alternative art cards are only printed in Japanese, Wizards said they’ll be available to purchase globally, and will also be appearing in one out of every four Wizards Play Network promo packs when the Core Set 2020 releases this fall. 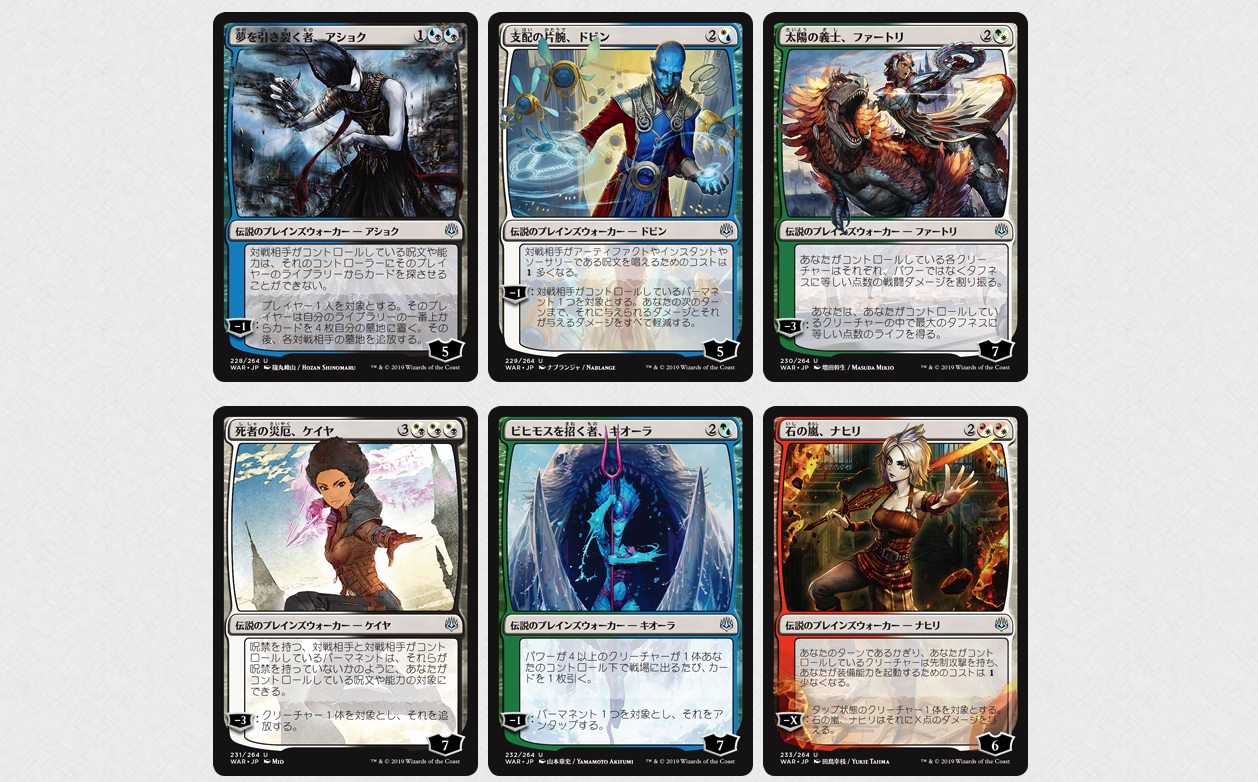 The alternative art for the 35 other Planeswalker cards are also pretty neat. Hozan Shinomaru’s illustration for Ashiok, Dream Render is by far my favourite.