Final Fantasy XV’s protagonist prince Noctis spends roughly 80 per cent of his life in crossover events, from Cup Noodle sponsored quests or battling in Tekken to geeking out about Assassin’s Creed. His latest destination is Final Fantasy XIV, where he stars in a quest that’s all about slaying monsters and hanging with your bro, bro.

Crossover events can sometimes feel forced, but Final Fantasy XIV’s new event, The Man In Black, manages to capture both the laid-back and intense sides of Final Fantasy XV. That most recent mainline Final Fantasy featured relaxing camping and fishing trips that gave way to boss fights against powerful gods and dangerous dragoons.

The Man In Black quest acknowledges that Final Fantasy XV was as much about the calm before as it was about the storm itself. The crossover had cool loot, fun dialog, and more.

Final Fantasy XIV players who are level 50 or above can start the quest in the city of Ul’dah, where they’re sent to investigate a strange man in the desert. They encounter Noctis on the side of the road, his trademark car broken down.

Noctis already had some experience with Final Fantasy XIV’s colourful cast of cat-people and strange lizard folk during a crossover event in his own game, so he takes it in good stride.

You set off on a quest to get Noctis back home (he’s from another world) and take on some villains who crossed over with him. It’s a standard progression of events in terms of Final Fantasy XIV’s quest structure. You participate in an overworld event battling giant robots, get pulled into a fight against a daemon, and run errands.

What makes it work is Noctis himself. His writing is charming and relaxed. Considering Final Fantasy XV won’t get more downloadable content, this feels like a final moment with a friend. 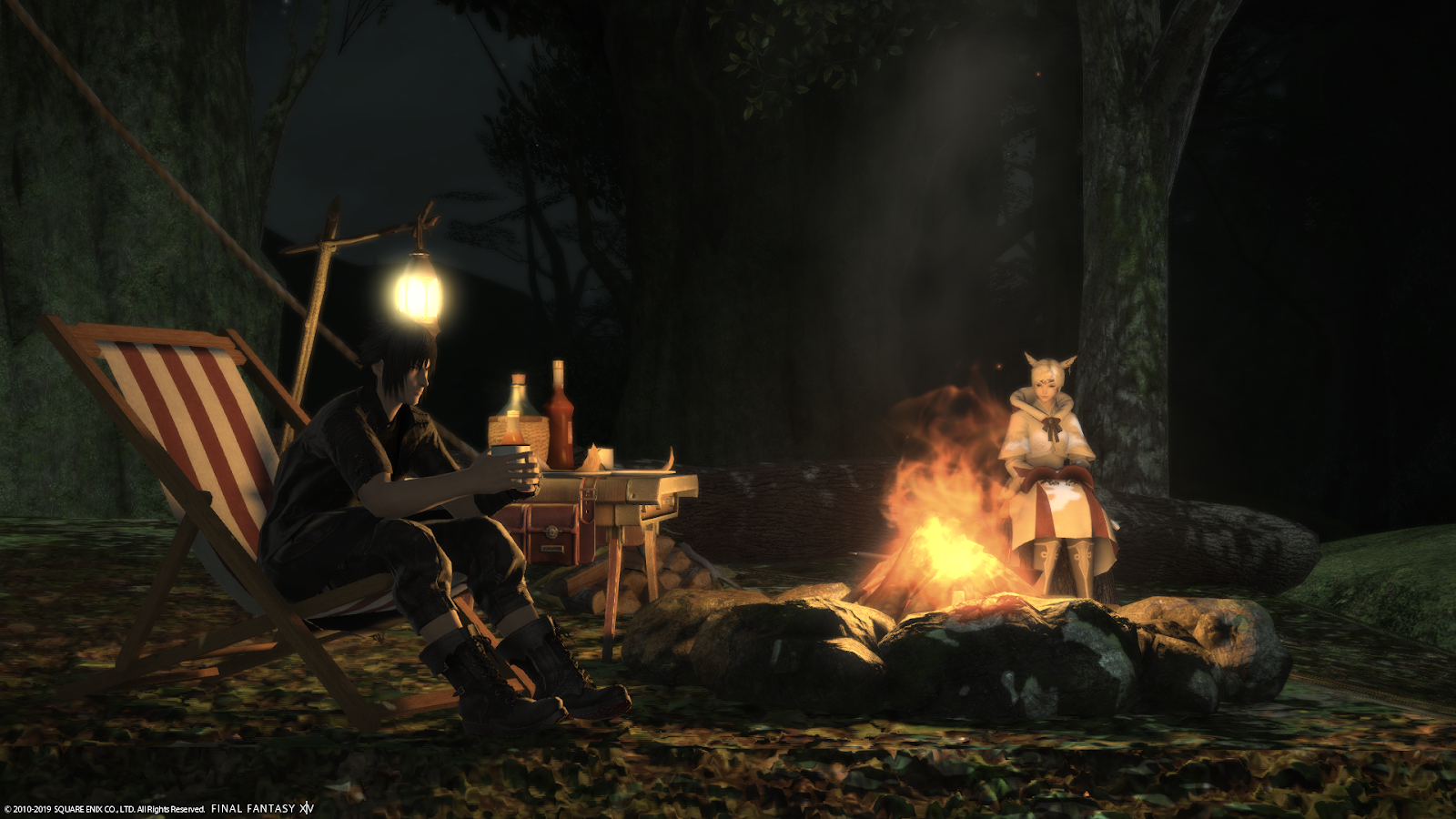 For all of the open world shenanigans and monster slaying in the new quest, there’s time put into smaller moments. Players can sit by the fire with Noctis and just chill. Even with the outlandish set up of world-hopping and self-aware humour, he manages to feel like a relatable person. He’s far from home and could angst about things.

Instead, he relaxes with a fishing trip and teaches our character about photography. This could have been a simple event of boss battles and loot collecting. Instead, there’s a great deal of heart.

There’s plenty of fighting, too, and it’s pretty damn fun. Final Fantasy XV’s combat revolves around Noctis’ teleport ability. In this FFXIV quest, n a final fight against the wind goddess Garuda, he grants that power to the player. The fight is a mixture of established mechanics from Final Fantasy XIV’s boss trials and quick-thinking teleport strikes to attack alongside Noctis or escape dangerous spells.

It’s a fun way to implement Final Fantasy XV’s more unique mechanics into a boss fight, and provides a flashy ending to the storyline. My only regret is can’t do the fight with friends. I would have loved to teleport around with my pals.

Running through the questline gives players a set of clothes similar to Noctis’. They’re stylish. It was pretty funny to see the server fill up with off-brand princes as the day progressed and more people completed the event. Unfortunately, getting the other rewards is a hassle.

If you want to grab Noctis’ hairstyle for your character or snag the Regalia car mount—which carries up to four players—you need to play games at the Gold Saucer to earn Gold Saucer points, which are basically funbucks spent only in Final Fantasy XIV’s casino zone.

If you’re not someone who’s been playing weekly scratch games and messing with chocobo racing in your spare time, you might not have enough points to buy anything right away. If you’re a dope like me, you might even buy new armour to participate in the weekly fashion contest (which Redditors provide nifty cheat sheets for) only to find that you’re a day late. I really wish there was a better way for getting what you want than to dick around in a literal theme park. 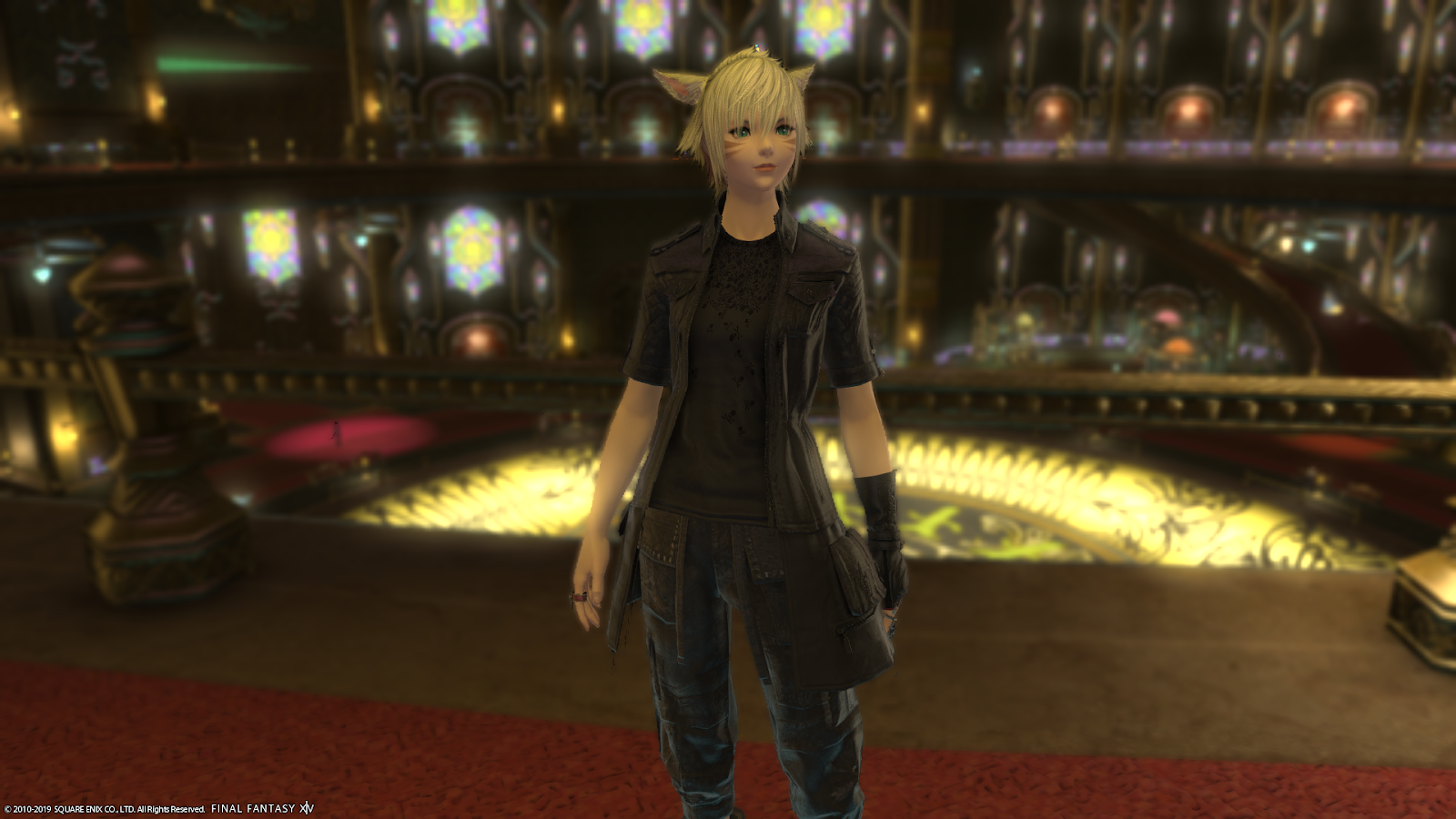 The crossover event lasts until May 27, which provides plenty of time to grind out funbucks for rewards. But even if you don’t drive away with a Brand New Car, the journey is worth experiencing. It’s as close to a final send-off as players might get for Noctis, and the quest is charming and has an exciting boss fight to end the story on a high note — at least until he has a cameo in another game.