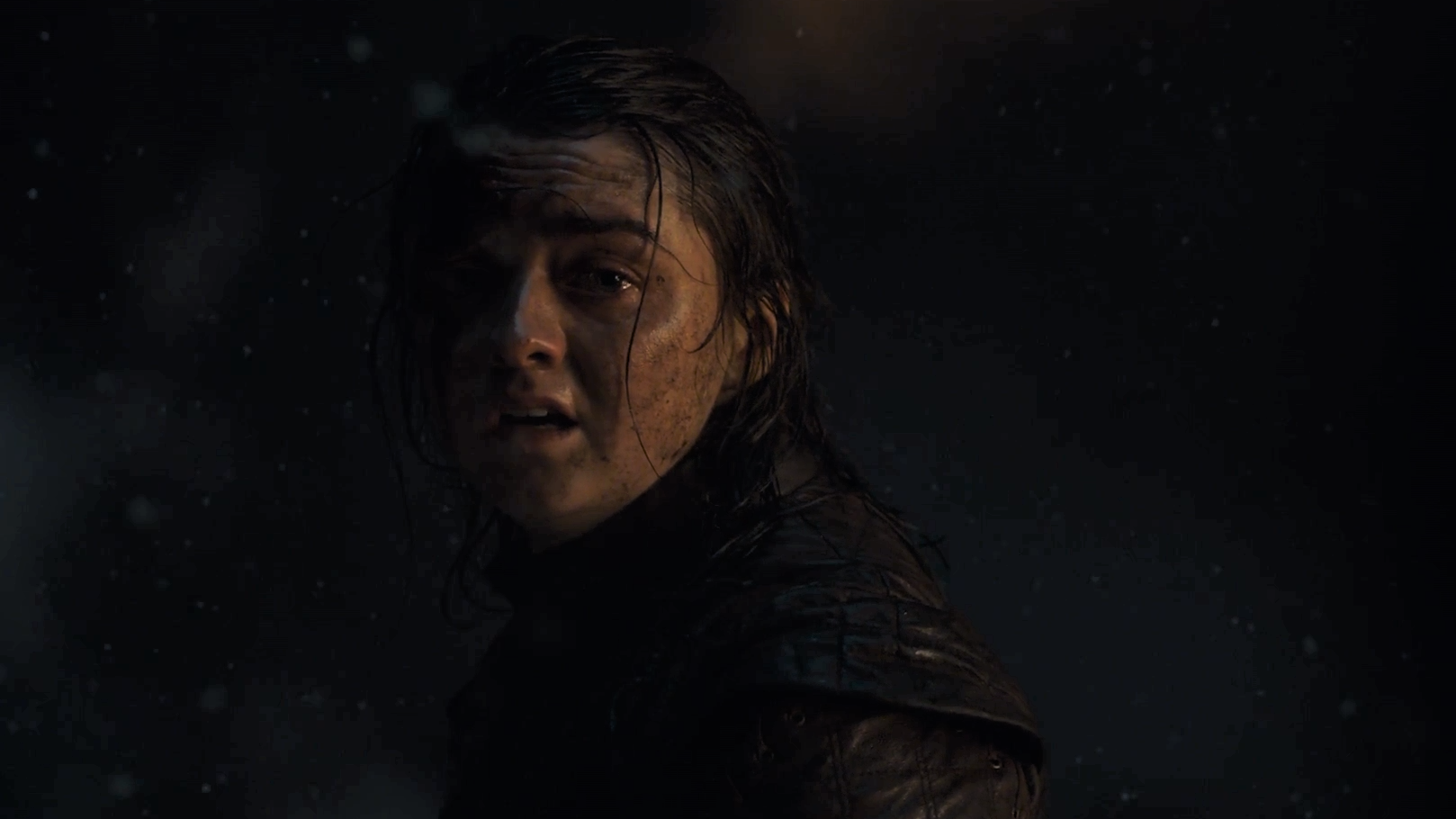 Last night on Game of Thrones, we learned just how badass Arya Stark is.

Arya! Stark! Killed! The Night King! She stabbed that motherfucker! She ended the war!

This week’s episode, “The Long Night,” was an incredibly tense affair. At several points, I had to look away from the screen because I just couldn’t handle it. Whose idea was it to score the entire episode with the sound of a ticking clock and a slowly ascending violin? My Ativan got a work-out, let me tell you.

At the end of the battle, there are a lot of corpses to clear and some political intrigue still underway. But the humans of Westeros have beaten the Night King and his zombie army, and they’ve got Arya Stark to thank for it. The internet has that congratulations well under way.

the night king when he had arya in a chokehold #gameofthrones pic.twitter.com/X0CYwH96eF

The Night King: Let me see what you have

Arya killing the Night King with Titanic music, y'all are QUICK #GameOfThrones pic.twitter.com/rhlTfdAF8v

bran, in front of everyone: arya killed the night king
sansa and all the fandom about last night:#GameofThrones pic.twitter.com/MlX3R0xDIU

Arya Stark first of her name, Slayer of white walkers, Killer of the night king, Savior of the Seven Kingdoms AND THE BADDEST BITCH#GameofThrones pic.twitter.com/GChJZqPfFk

Bran getting wheeled away by Arya afterwards like #GameofThrones pic.twitter.com/Pkz9ev5ibf

arya said "anyone can be killed" and kept that same energy for six seasons. greatest of all time. pic.twitter.com/R8gM2qxN5T

Bran signaling Arya to sneak up on the night king pic.twitter.com/X4NOnkiK9t

The Night King looking at the rest of the white walkers, who let Arya just run up on him like #gameofthrones #DemThrones pic.twitter.com/q64hXhZEl9

#GameofThrones
Arya when the Night King grabbed her neck: pic.twitter.com/TpxWdDWAsj

Even rapper T-Pain and Joe Dempsie, who plays Arya’s boo Gendry on the show, got into it a little on Twitter. At least, T-Pain wanted to make sure Arya got some good good after killing a zombie king.

Also, the only thing that got me through seasons 4-6 was ‘I’m On A Boat’. So thank you sir.