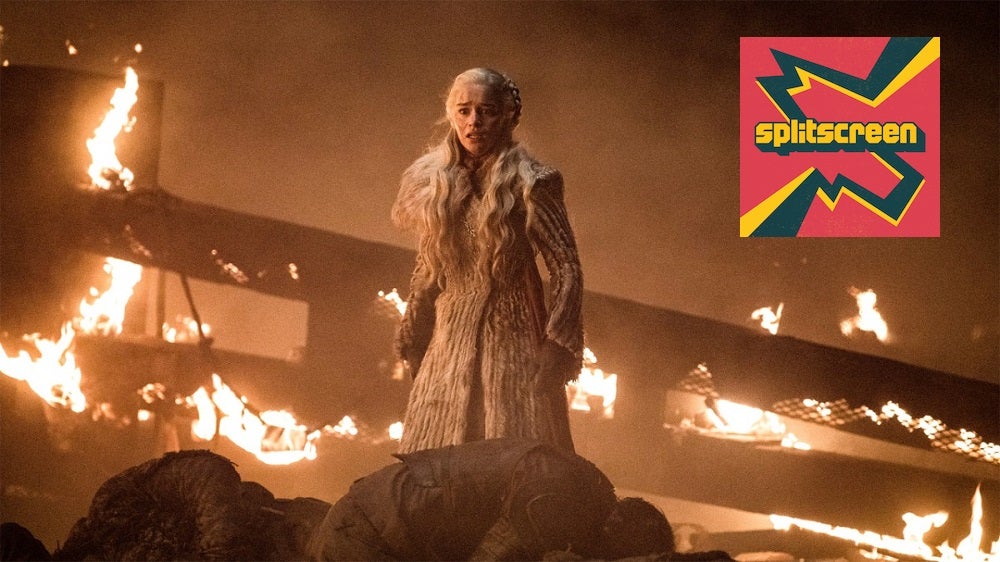 The night is dark and full of blurry camera cuts. Last night’s episode of Game of Thrones delivered one long, brutal battle, and Kotaku Splitscreen is here to talk about it.

This week, Kirk and I give our thoughts on “The Long Night,” recapping the whole episode and talking about what we liked and didn’t like, from the disorienting battles to Arya’s ultimate superhero moment.

I found this episode to be pretty dreary and disorienting, often to the point where I was bored watching. Kirk was higher on it. I dunno. Maybe I just don’t like this show’s battle sequences. Or maybe I’m bummed out that one of my favourite series of books ever is going out like this.

Kirk and I talk about the dead coming back to life, the consequences of Jon and Daenerys’s bad decisions, and how the deaths in “The Long Night” didn’t make quite the impact that one might have hoped. We talk about the Night King casting Raise Dead level 40, Arya sneaking past guards like that Shinra HQ mini-game from Final Fantasy VII, and whether or not the Battle of Winterfell was really a victory. (Maybe it wasn’t!)

We also talk about some of our hopes for the rest of the season, and how relieved I am that we’ve gotten past the good-vs.-evil zombie trope and now we can get into some good old-fashioned political machinations. Can’t wait.