A demon and an angel need to kill lots of people to stop Armageddon. That’s the premise of God’s Trigger, a gory top-down shooter whose slick combat and interesting levels help make it more than just another Hotline Miami wannabe.

Out on PlayStation 4, Xbox One, and PC, God’s Trigger sees you play as Harry, an angel cast out of heaven, and Judy, a demon condemned to live out her days on earth, as they team up to take down the four horsemen of the apocalypse.

Each of these villains plays the role of a mob boss, with chapters broken up into individual levels where you fight through bars, warehouse, and other grindhouse locales on your way to assassinate each one. 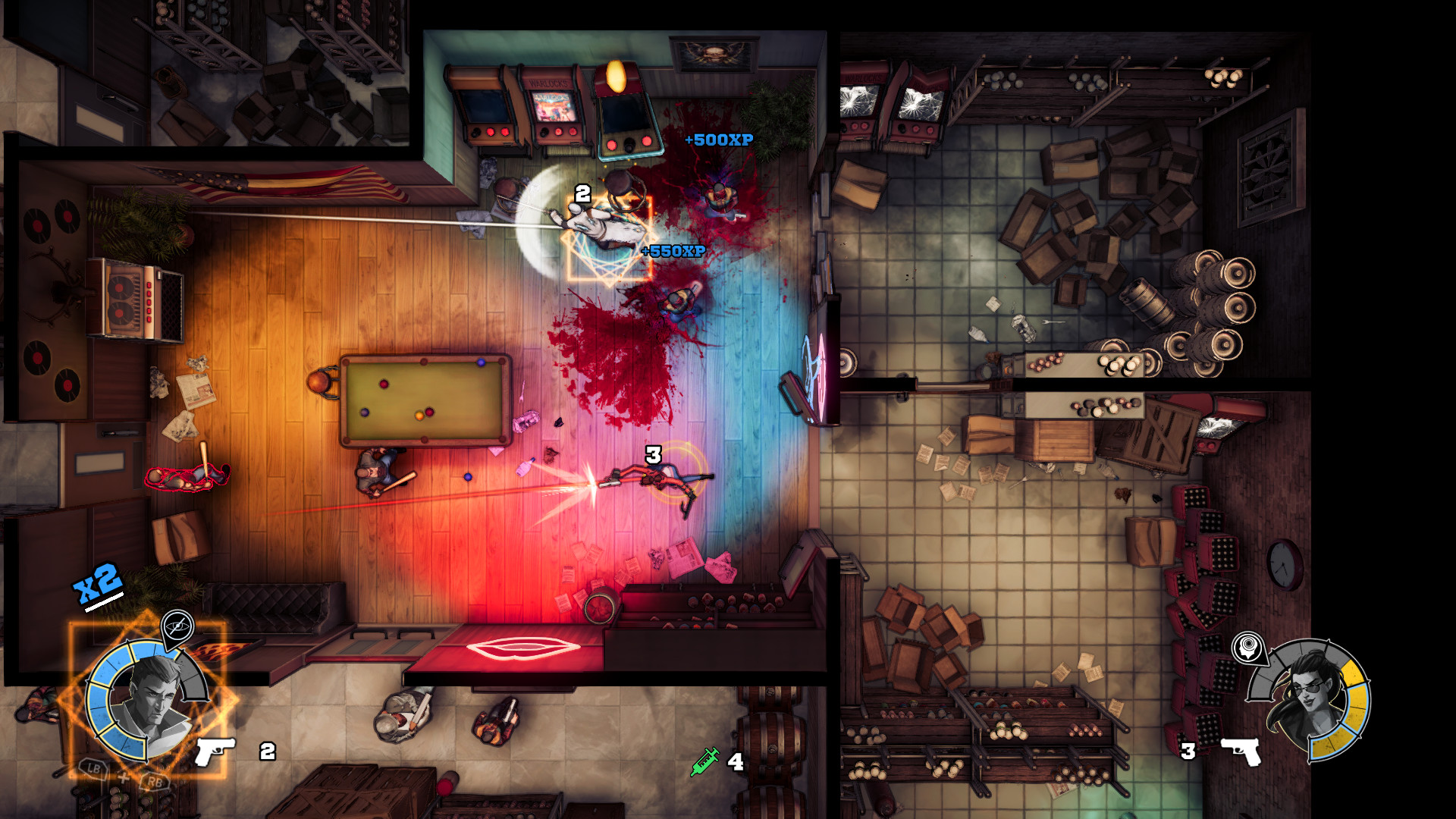 These levels can be quite expansive, spanning several checkpoints and offering a number of alternate paths through the chaos. You might decide to play it cautious, sneaking up on enemies to kill them from behind, which gives you bonus experience points and keeps you hidden from the rest of the enemies. Before bursting into a new room, you can also pre-select targets so that you’ll automatically aim at the next enemy as the previous one is killed.

Or, as I quickly figured out, it’s often possible to dash into enemies, slice out their throats, and then quickly dash back out of the room and wait for the remaining mob to come through the door.

Rather than pushing you to find the best, most efficient route through each level, God’s Trigger encourages more experimentation. Both Harry and Judy, who you can swap between at any time, have a range of different abilities they unlock over the course of the game.

Some, like the ability to teleport short distances, are basic and have rapid cooldowns. More powerful moves require you to first fill up a gauge by defeating enemies. These include slowing down time, turning invisible, or mind-controlling enemies to get them to fight one another.

It can be fun to take a few seconds, stare at a set of rooms, and then stitch together a set of quick plays to try and take everyone out as ruthlessly as possible. It’s also satisfying enough just to survive. It only takes one stray bullet or slash of a knife to kill you, so every mistake is fatal.

After spending a few hours levelling up and upgrading the speed, cooldowns, or range of various abilities, it begins to feel somewhat like a more tense, fast-paced beat ‘em up. You’ll start to develop various short, go-to combos—two shots from a handgun, dash, slash, slash—that you can mix and match as needed to slowly make your way through each stage. 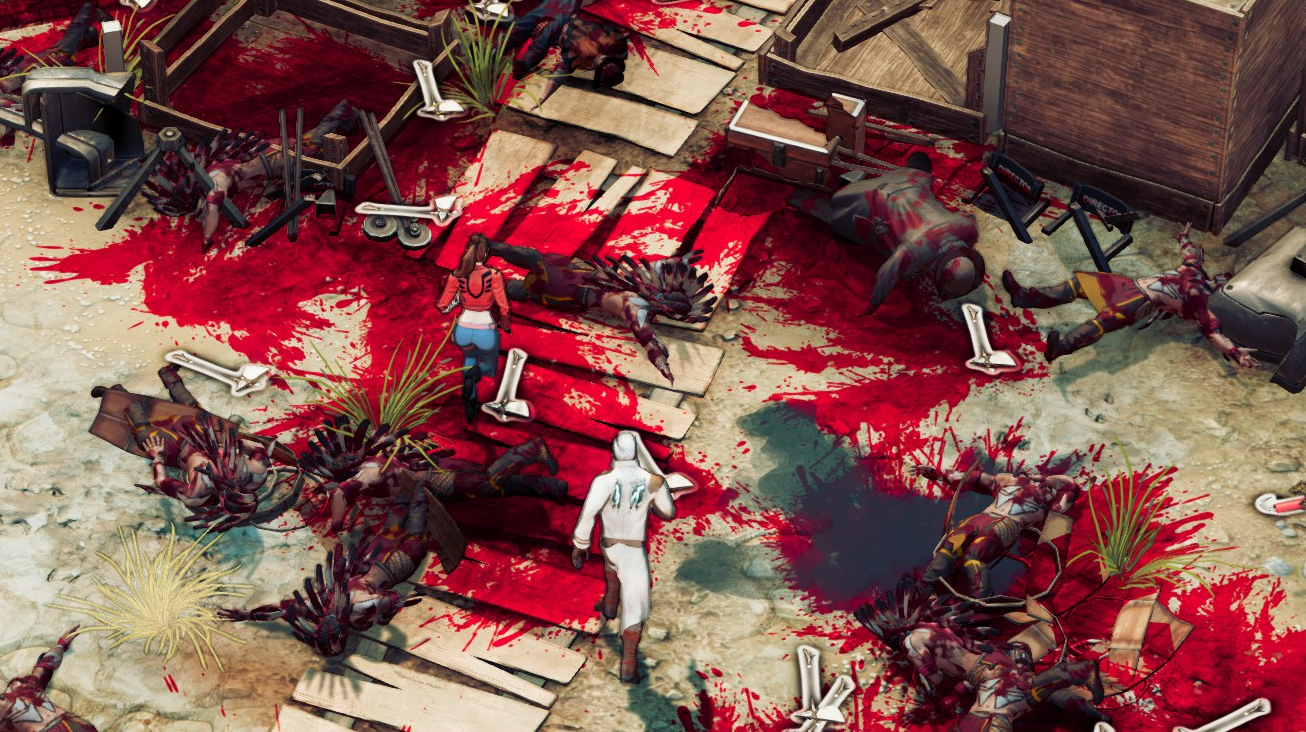 While the few hours I’ve spent with God’s Trigger have mostly been solo, I enjoyed the mission I played co-op the most. The game lets you swap between characters at any time when playing alone, but it’s only with both on the screen simultaneously that the true range of ruthless possibilities opens up.

Many of the characters’ abilities synergise, like having one summon a wall of fire while the other shoots bullets through it, causing them to explode on the other side and kill multiple enemies at once. Occasionally, my co-op partner and I got in each other’s way, but more often than not our instincts synced up to create cool, unexpected new death traps. God’s Trigger can still be a delight on its own but, perhaps like the end of the world itself, better with company.