I’ve become obsessed with Dragon’s Dogma: Dark Arisen for the Nintendo Switch. Having missed out on the original in 2012, I’m glad the Switch has breathed more life into this cult classic. Last night, the game’s servers—which allow players to share their companion characters with the world—were down. For the first time, I really felt the agony of waiting for a game service to resume.

While Dragon’s Dogma is a single-player game, there’s a number of online features that set it aside from something like Skyrim. Chief among these features is the ability to share and recruit Pawns, player-created companions that help you in battle, so long as you’re connected online. This means you might be recruiting a wizard from across the world or, if you like, taking your friend’s Pawn along for adventures.

When Pawns return from adventures, they have rewards. The most important are Rift Crystals, a secondary currency that can be used in some shops and is also essential to “purifying” weapons and armour in the game’s DLC area, Bitterblack Isle. Purification turns useless lumps of crud into power gear, but that can take tons of Rift Crystals. The best way to earn crystals is to have your Pawn rented out. If the servers are down, you’re shit out of luck. 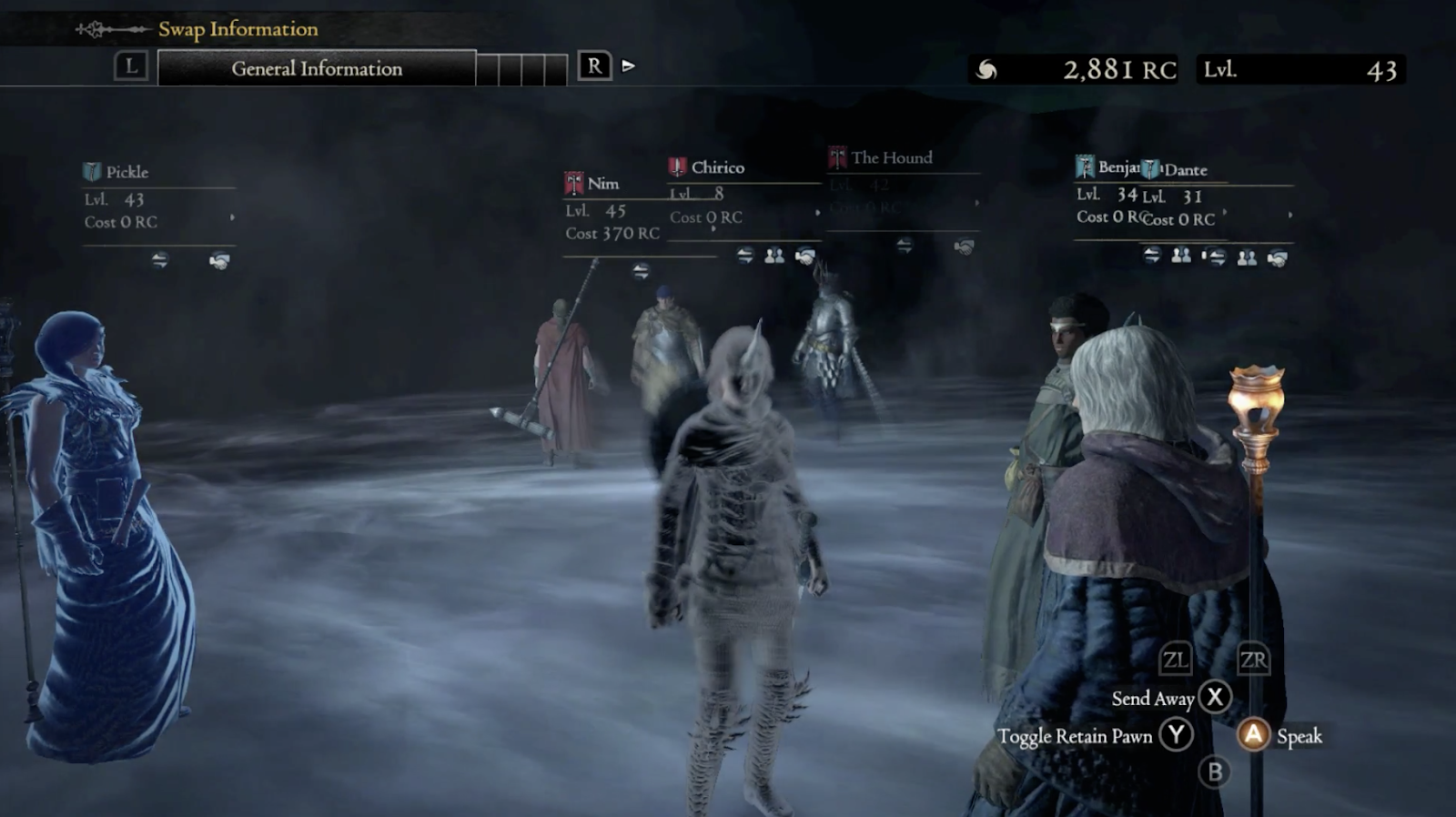 So it was that last night, I tried to access the game’s servers and see how many crystals I’d earned and if other players had given my Pawn good ratings. My Pawn is a bow-using Ranger who I’ve trained to be particularly useful as a rental, so I was eager to check on their progress. “Access Server,” a small indicator read on my screen. At least a minute passed, and then…nothing. Can’t access the servers. My Pawn couldn’t go on adventures, I couldn’t recruit other people’s creations, and I was left anxiously reloading in the hope that servers were up.

I play a lot of online games like Final Fantasy XIV and use services like Discord. I’m no stranger to servers going down. But I’m gaga for Dragon’s Dogma in a way I haven’t been for a game in a long while, so I was constantly booting up my Switch to check if things were fixed.

There are other online features in Dragon’s Dogma, including a boss dragon whose health bar is shared with the entire world. In general, Dragon’s Dogma is extremely smart, and I’m glad to be playing it. But having to go without everyone’s fantastic Pawns and not being able to reap the benefits of my own sucked.

It makes me preemptively sad for the day, like Demon’s Souls, servers shut down and the game world seems a little less magical.