When I first saw Islanders last month, I thought it was going to be very chill, but also barely a game. I was only half right.

City-building games are always so big, and heavy. Islanders is coming at the genre from the other side, pitching itself as a light, quick and breezy way to build some nice buildings then get on with your life.

The chill part is definitely right. This is a very light and breezy game, its beautiful colour palette and lo-fi soundtrack making it the perfect thing to boot up, sit back with and just whittle away an afternoon. No stress, no fuss.

But I got the type of game this was totally wrong. I’d anticipated that this would be little more than a sandbox experience, an endless supply of islands for me to scroll around and craft tiny cities however I wanted. Nope. This is still a video game, with rules and goals. 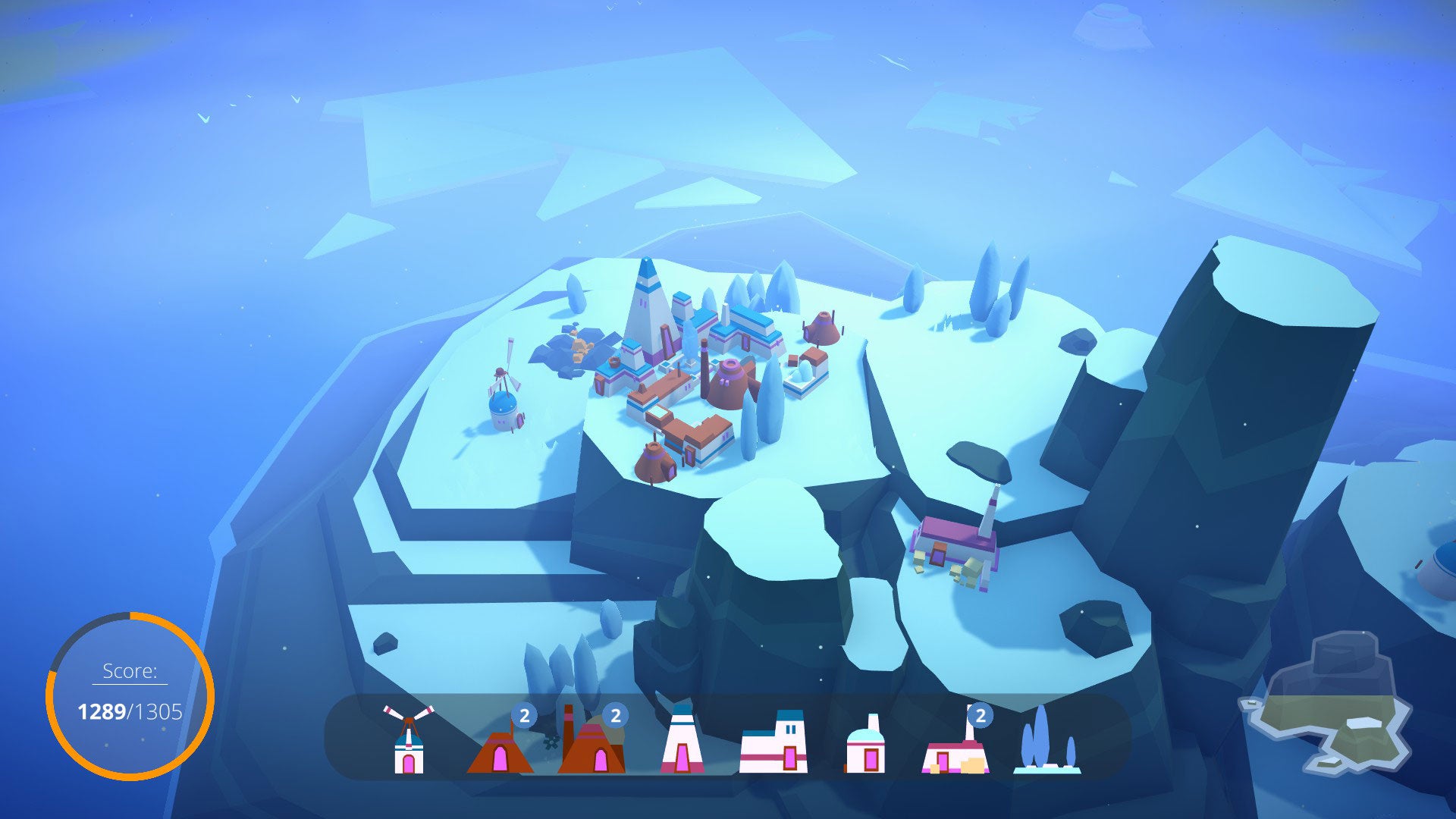 Here’s how an early map looks, with just a few buildings clustered around a city centre (that lil’ pyramid).

Here’s how it works: you start on a small island, with a tiny selection of buildings to construct. Every time you put down a building you get points, whether by placing buildings next to certain natural features, or by putting them alongside complimentary structures. The closer they are to these modifiers the more points you get. The more buildings you place, the more types you get to choose from.

The catch, of course, is that each island has a limited amount of space and resources. You need to be very careful where you put stuff, because you can’t move onto the next island—and get a nice blank slate to do it all over again—until you hit a certain points threshold. If you blow all your space making a disjointed mess of a city and can’t string together enough points to progress, then you’ll be stuck there, because once a building has been placed, it can’t be demolished.

It’s a perfectionists dream, in other words. Every single thing you put down on the map has an optimal way of being placed (which is clearly explained). It’s weirdly soothing just exploring this down to the individual pixel, waving a warehouse around the map looking for the place it’ll give you that one extra point you want to help push you onto the next island. 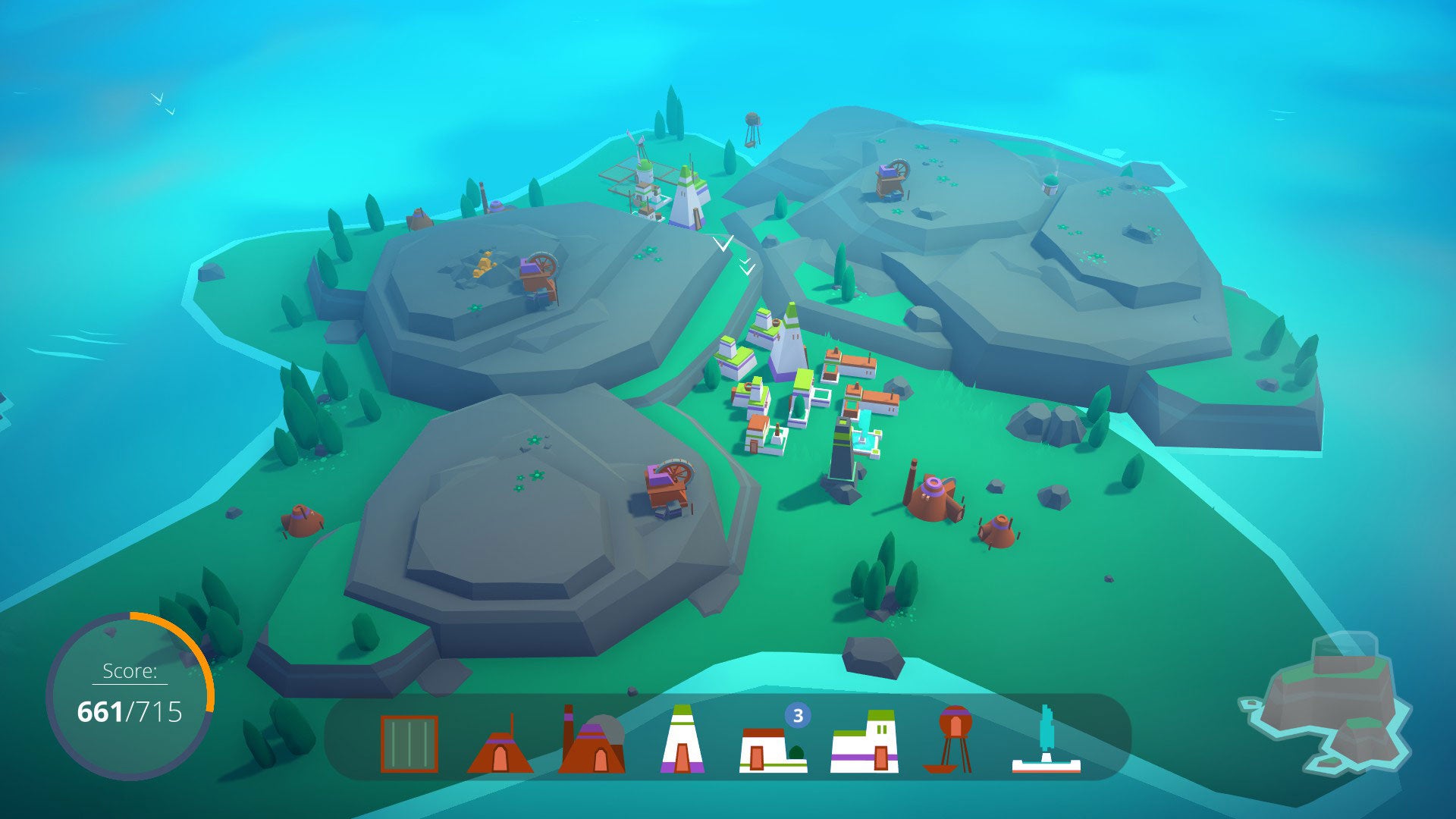 Every island is different, offering new challenges. How many trees, beaches, hills and rocks are on an island will dictate what types of buildings you opt to construct.

Despite the game’s urge to push you ever onwards—your overall score is tracked on a leaderboard, adding a bizarrely competitive edge to an otherwise sedate experience—it never translates into stress. Optimal cities are satisfying to put together, sure, and seeing the next procedurally-generated island is always nice, but even when things are at their worst in Islanders, and you’re trapped on a map with a busted city, it’s still lovely.

Thank the music for that, and the adorable little trees and buildings that you’re playing with the whole time (it’s like you’re the Mayor of Wind Waker’s Outset Island), but also thank the act of placement itself. Like Two Point Hospital, there’s just something about dropping a building in Islanders—the animation, the sound, the speed—that makes it fun, regardless of how many points you’re making.

There’s an odd mismatch at the heart of Islanders. On the one hand it’s supremely cruisey, with many elements that would make it the perfect sandbox game. There are no time limits or budgets to meet, just you, some open space and some houses to build.

Yet what few rules there are seem to work against that. The core design idea of moving you from island to island could have made each settlement disposable, a forgettable throwaway, undermining the entire game and making you wonder what the point is in even starting out. 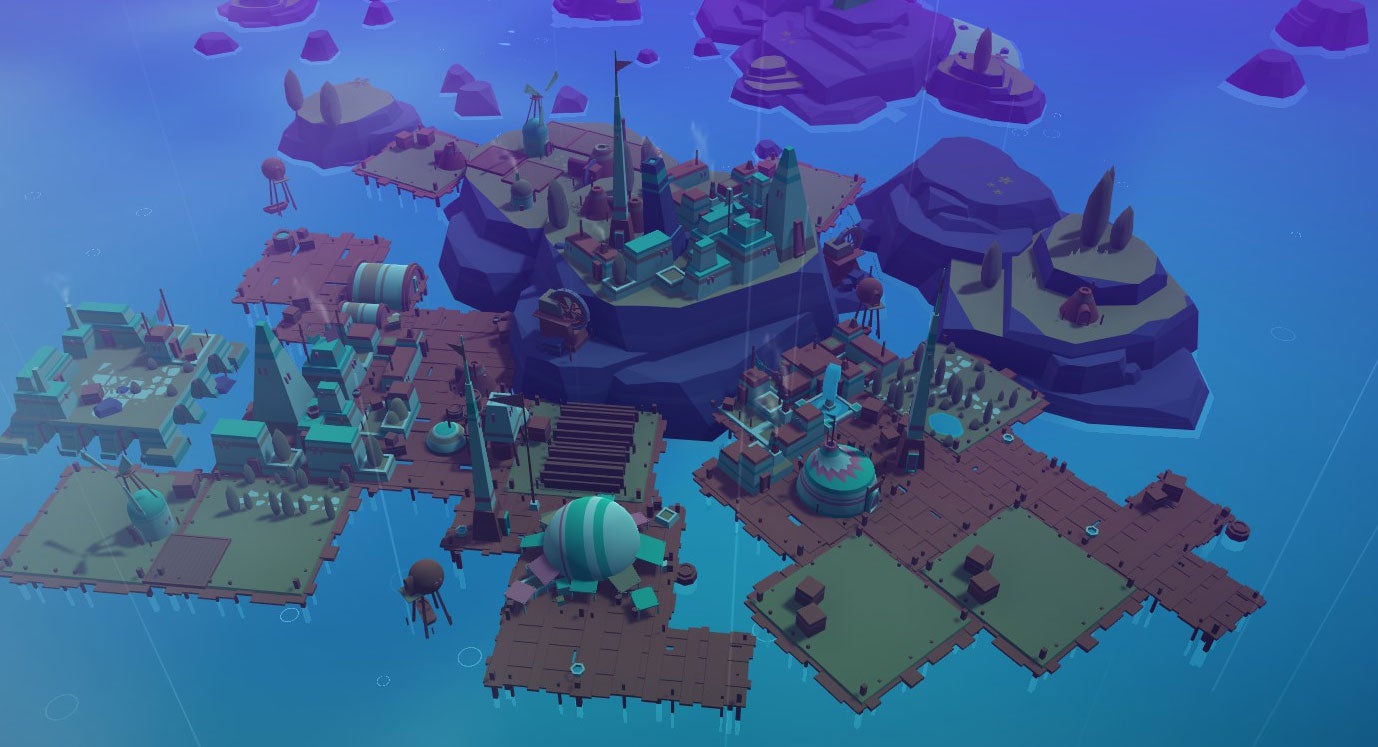 One of my favourite cities is this almost industrial settlement, where the rain never stops and most people have had to build out onto the ocean because the original mountain town is full.

The islands you leave behind aren’t failures, though, nor are they just steps on a ladder. Each one is different, and the fact it’s sometimes sad to say goodbye to them shows that rather than tearing the game apart, Islanders’ contrast works to its benefit. There’s a nudge to move on and get new buildings and see new sights, sure, but you don’t need to do this.

If you want to stay where you are and just relax, have some fun, you can! The game doesn’t care, and it’s not really going to push you. I’ve blown through some islands in a matter of minutes because I just wasn’t feeling them, but then others have had some combination of weather, topography and colour palette that have sucked me in, and I’ve spent days chipping away at them.

There’s even one I loved so much that I just gave up on the idea of progression entirely, happy to stay put and tinker around the edges of what I thought was the perfect little township. 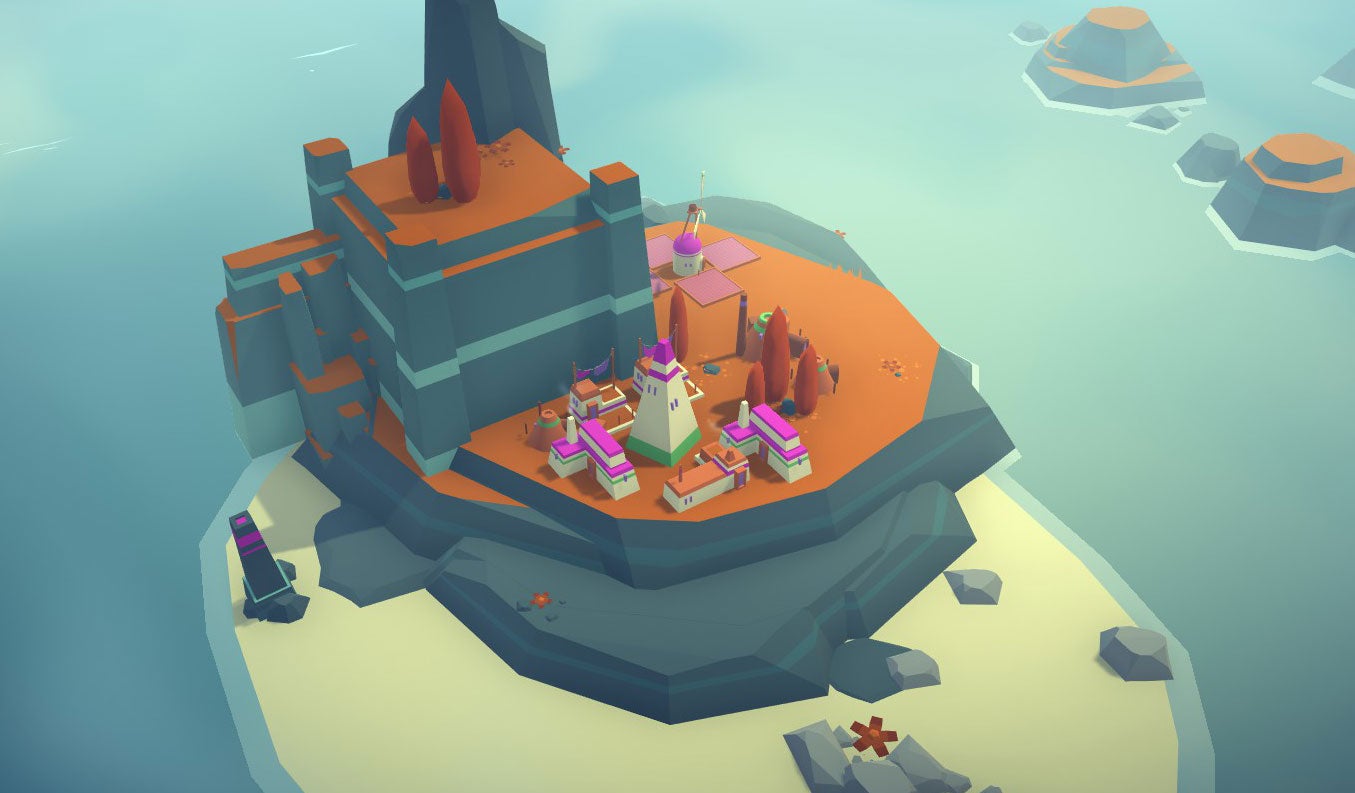 Look how cute this lil’ city is, sitting on a lil’ rock like that.

Islanders is a very simple game, and I get that anyone looking for a more complex city-building challenge might not appreciate that. The lack of roads is a bit weird at first, as is the absence of any kind of systems measuring population, happiness, finances or resources.

But I love its simplicity because in this case it’s so elegant. Like we’ve seen with stuff like Bad North—which this is actually eerily similar to—there’s a real joy in stripping a genre down to its barest bones. That’s what Islanders is doing here: removing all but the barest necessities from what we’d expect from a game built around the idea of carving human settlements out of nothing.

What’s left is pure city-building. No fuss, no distractions.