A YouTuber decided to experience another world and to do this, he loaded up Minecraft in VR on his PC and spent 24 hours inside the game. He then shared the results of his experiment in a recently released short documentary, revealing what happens to the brain and body during and after that much VR.

Apollow, from the Disrupt YouTube channel, wanted to live in another and different world for an extended amount of time. He wanted to see what would happen and how it would affect him. Apollow chose Minecraft because it offers players many different things to do and this would help him from getting bored.

The day-night-cycle in Minecraft is shorter than our actual days and nights. 24 hours in Minecraft equals 72 days in-game. Apollow wondered how his mind and body would react to that many days passing virtually around him. Early on he ran into some issues with the controls, but eventually got the hang of playing in VR.

After building his first house, Apollow felt like he had really gotten used to living in VR. 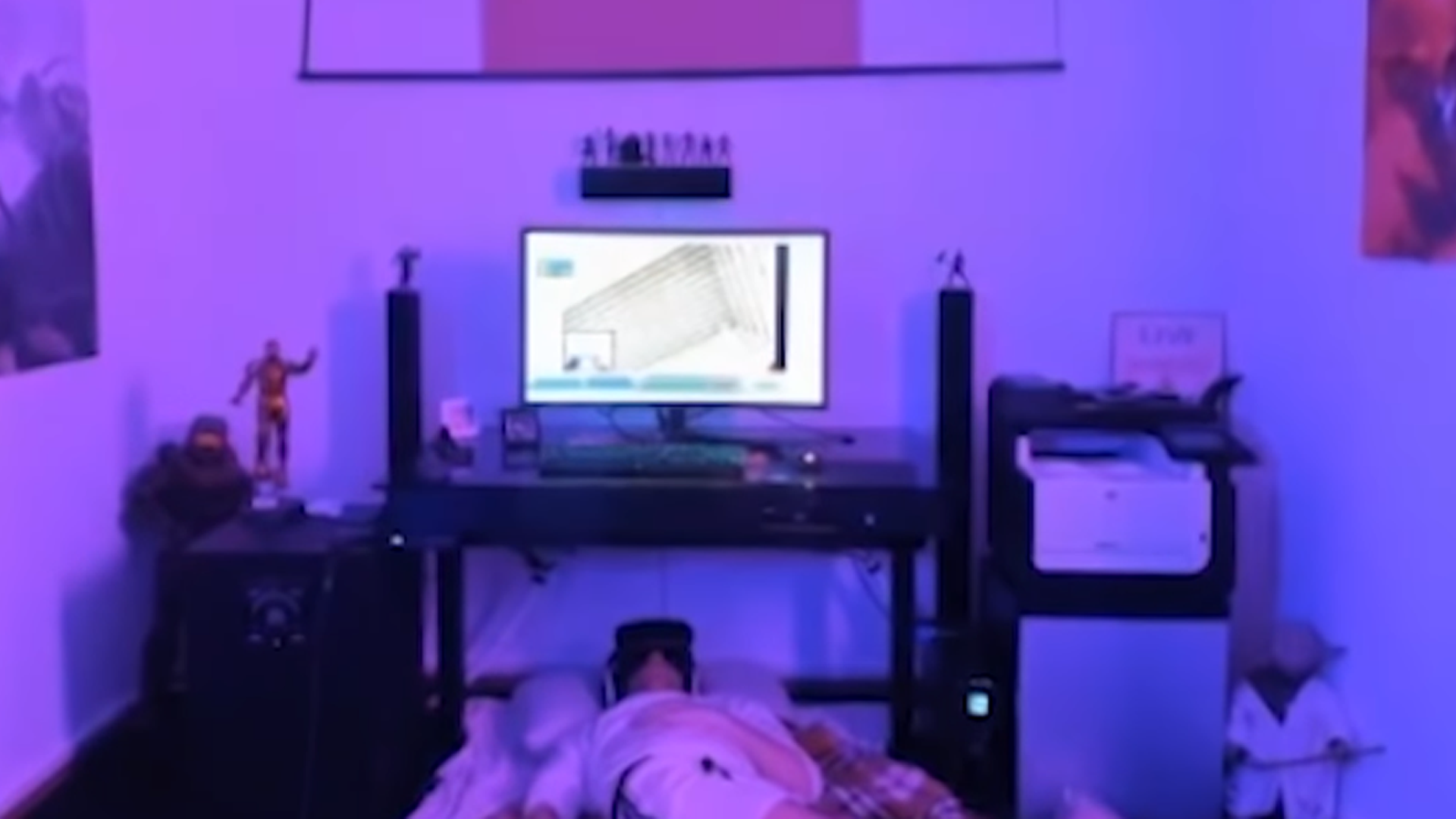 He decided to try and beat Minecraft, by reaching the endgame dragon and defeating it.

During the entire 24 stream, Apollow only took 3 short sleep breaks, but kept the headset and headphones on while sleeping. He regretted building his chicken coop right near his digital home as the chickens made it hard to sleep in the real world. Waking up in VR was only odd for a few moments, then his brain would readjust.

In fact, through most of his 24 hours, he didn’t experience any nausea from VR. The major exception was when he travelled in boats. These moved very fast and caused him to feel queasy.

In the last few hours of his stream, Apollow faced the dragon and spent the last hour sitting on a small mountain waiting for the digital sun to rise on his final moment in VR.

After this long experiment, Apollow explained that “The next few days went so slow,” and that he felt like he “skipped” a day of his life.