Manhunt Hates You And Wants You To Suffer

Many games are about escapism. Allowing the player to escape from their boring or shitty life and experience something incredible or impossible. In the popular shooter series Halo, players become the Master Chief; a badass super soldier capable of destroying armies of enemies by himself. He is in command of soldiers on the battlefield and travels around the galaxy, seeing gorgeous planets and fighting evil aliens. And for the most part, the player and the Master Chief always win.

This form of escapism, allowing players to do the impossible and save the world, is common in tons of games released every year.

Manhunt is different. It isn’t about escapism. Manhunt instead is a game about punishment and suffering.

The game starts with James Earl Cash, the character you play as, getting tied down and given a lethal injection. He is being executed for being a criminal who murdered people before the start of the game. Regardless of how you feel about lethal injection, in the world of Manhunt, this is Cash’s punishment for what he did. 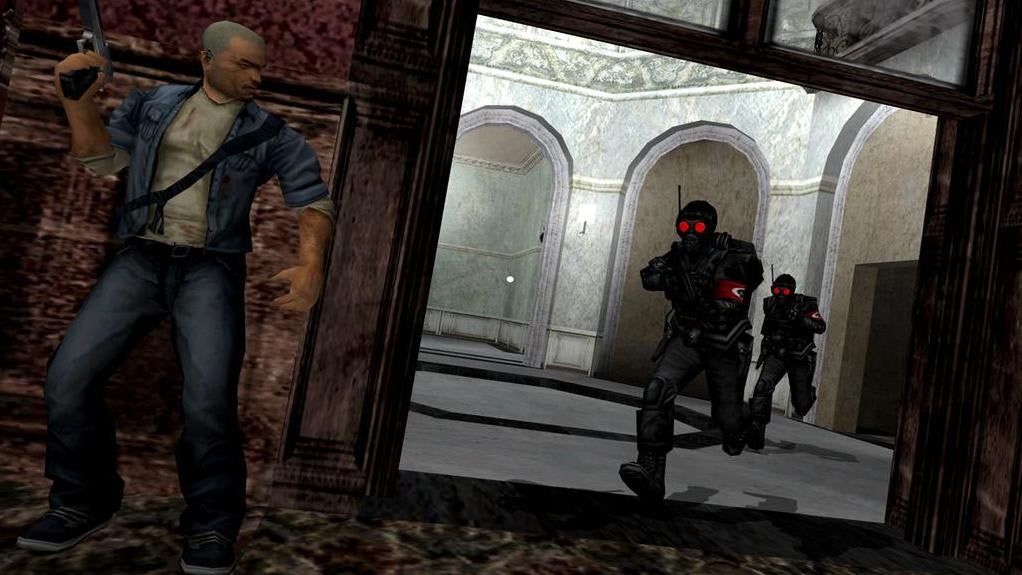 Yet you escape death, thanks to a murder loving snuff film director named Starkweather. He pulled some strings and instead of lethal poison, James Earl Cash is given a powerful sedative. This is when Cash discovers the real punishment isn’t death. It is sneaking and running his way through Hell.

After that brief setup, players are thrown into a rundown city filled with hunters; organised groups of killers who want to murder you.

Manhunt might seem like a game all about murder and violence, for example, you’ll see multiple executions and fights while playing. But that’s only a part of Manhunt. Most of the game is spent hiding and sneaking from shadow to shadow, avoiding enemies and danger.

The whole experience is terrifying.

Unlike the Master Chief, James Earl Cash is vulnerable and always being hunted. You’re not a hero or a badass in Manhunt. You’re a scumbag murderer trying to escape a nightmare. 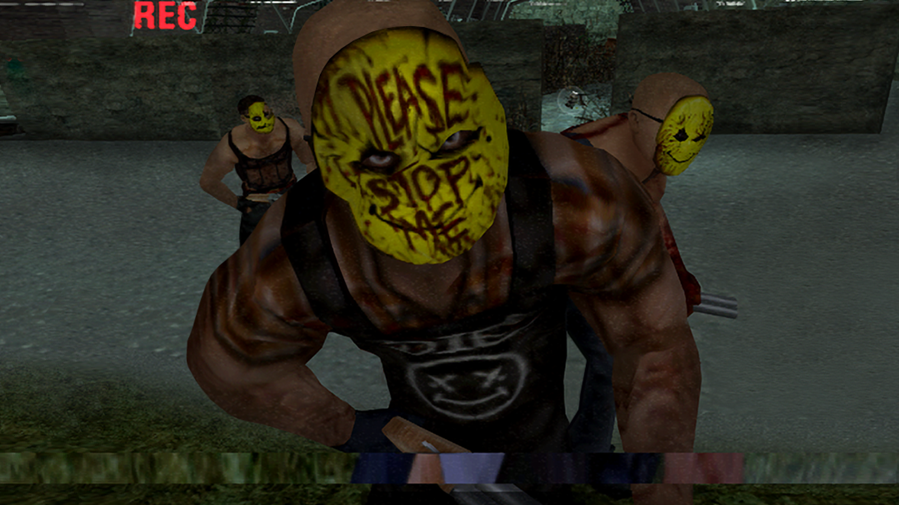 I don’t want to be James Earl Cash, even for a brief period of time. His life and his situation aren’t things I want to “escape” into. Instead, I watch from behind my controller, happy I’m not there.

One of the main reasons I never felt like escaping into the world of Manhunt, is because of the fantastic work done to make the atmosphere of the game feel oppressive and shitty. Every level in Manhunt is awful.

I don’t mean the level design is bad, instead, I mean they all look and sound like shitholes. Shattered glass everywhere, crumbling buildings, broken down cars on every street. Oh, and did I mention the hundreds of dangerous killers everywhere?

In a game like Skyrim, you want to stop and live in the village you just saved. In Manhunt, you never want to return to that slum you just sneaked your way through.

Playing Manhunt is about being afraid and suffering. Even when Manhunt throws you a bone, it quickly takes it away and calls you a piece of shit for even thinking about touching that bone.

For example, towards the end of the game, you fight a large and dangerous naked man who is also wearing a pig head as a mask. His name is Pigsy and his weapon of choice is a rusty chainsaw. 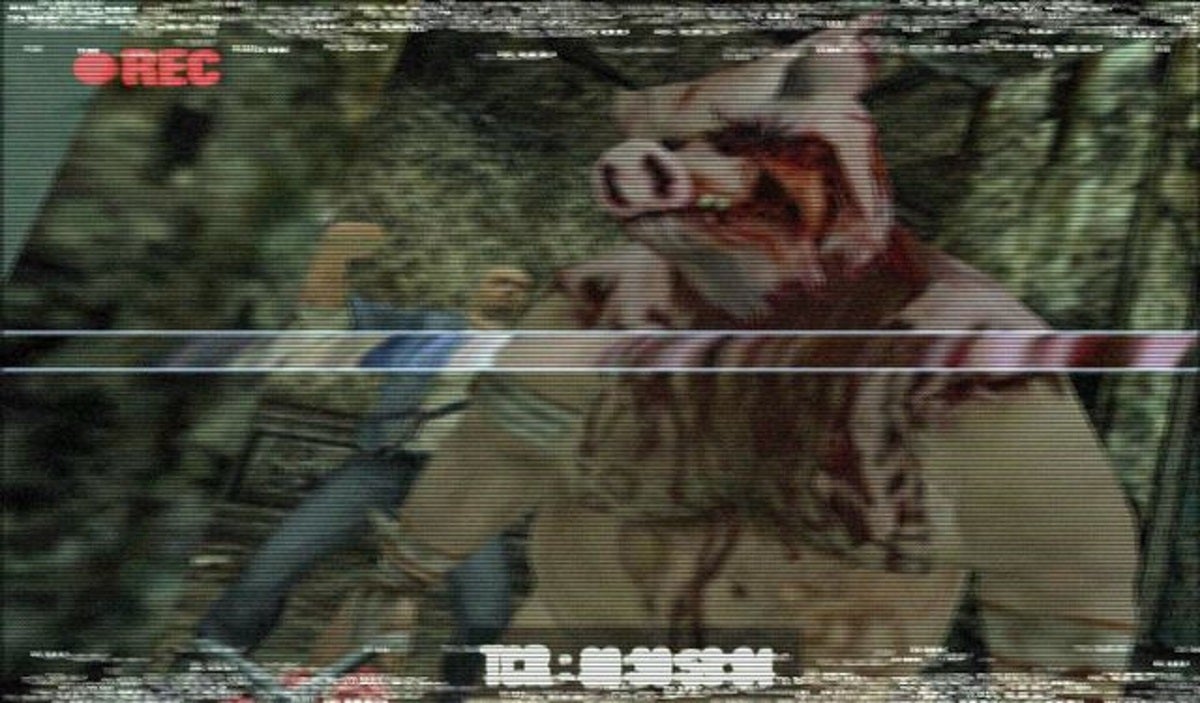 Eventually, after a tense and dangerous fight, you defeat Pigsy and take his chainsaw. In every video game, chainsaws are often shorthand for “Go kick some arse!” In Doom, getting the chainsaw is fun. You feel powerful and it improves your ability to fight demons.

But in Manhunt, this isn’t the case.

After getting the chainsaw, The Director calls in a team of well-equipped mercs to hunt you down and kill you. That new chainsaw you got, well good luck using it. To kill with it you need to turn the motor on and rev it. This creates a loud and continuous noise, which is very bad when you are trying to sneak from shadow to shadow, quietly.

All of this might sound bad. It might make Manhunt sound awful, but I actually really enjoy Manhunt because it is so different from so many other games.

For a medium filled with heroes being heroes and saving the day, it’s a nice change of pace to have a game like Manhunt spit on you, kick you in the stomach then point towards another room where you’ll get kicked and spit on some more. I don’t know. Maybe I’m just a masochist?

This always oppressive and shitty atmosphere is why the executions in Manhunt are so great. It’s the one time where you get some revenge. You get to dish out some punishment of your own and you decide how brutal you want to be. And you might be surprised how brutal you can be when you hate everything around you and feel no remorse for the people hunting you down. 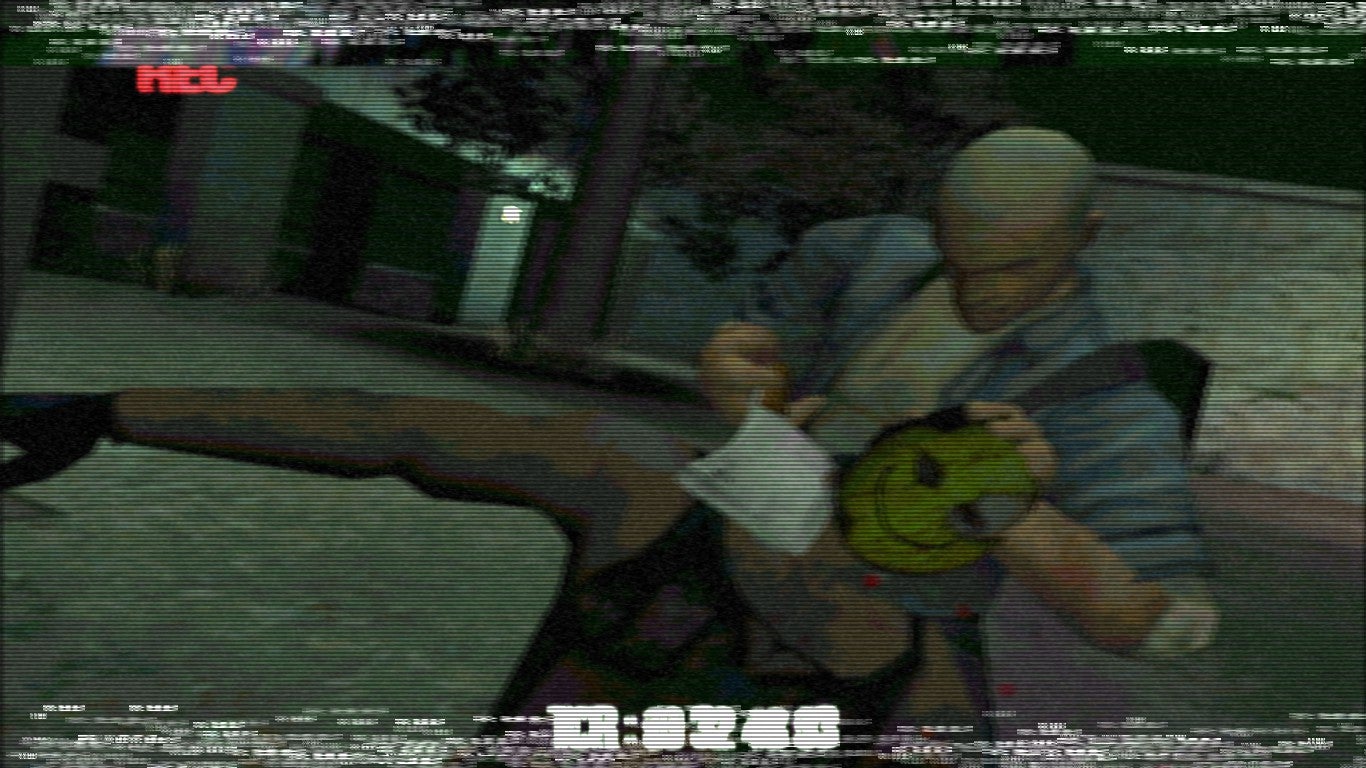 Manhunt doesn’t let you choose to be non-lethal or give you an option to be good. Your only option with enemies is deciding how quickly and painfully you want to kill them. Sure, you can avoid a few enemies, but many during many enemy encounters it will be nearly impossible to complete levels without taking a few lives.

Murdering in Manhunt is all about timing. How long you hold the button will decide how brutal the murder. Hold it long enough and you will stab people in the eyes and cut heads off.

Unfortunately, going back to Rockstar developed games from this era is always tricky. The games use awkward and clunky controls and they never look very good. Manhunt is (mostly) different than other Rockstar games from the PS2.

Due to being more linear and smaller than something like GTA San Andreas, the game’s visuals hold up better than you might expect. And the low res textures and grimy feel actually work in the game’s favour. After all, Manhunt was never meant to look “nice”. It was meant to look depressing and dirty, and it achieves that goal in every level.

Manhunt’s controls, however, don’t hold up nearly as well. The main issue is that the controls and the gameplay feel loose and yet oddly rigid. But again, because the levels are smaller and you move around slower, the controls hold up better than say Vice City’s awful movement and combat controls. 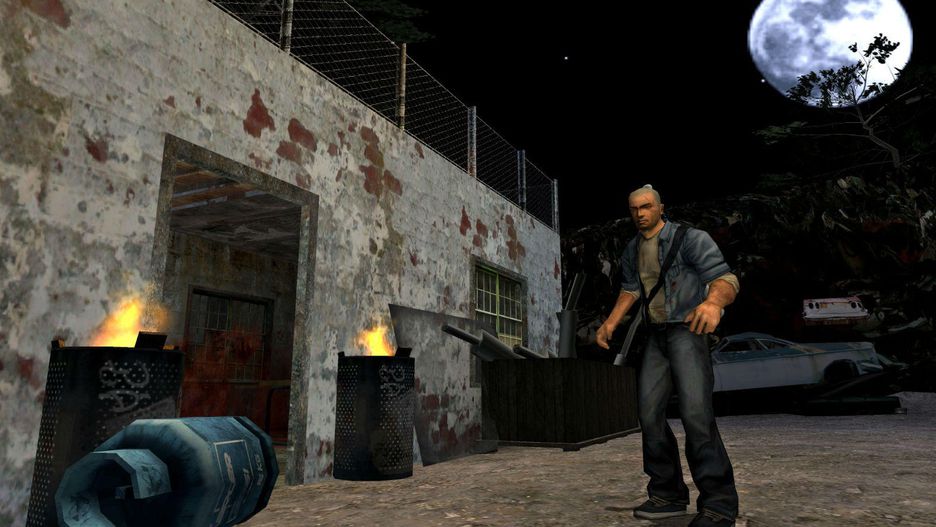 If you do go back and beat Manhunt, you’ll find it has no happy ending or nice cutscene where you save the day or turn the evil bad guy into the police. Instead, you kill his lackeys and then kill him. Then you leave. Credits roll. Good job, scumbag.

And while Manhunt would get a sequel, it would have almost no connections to the previous game and instead would take the series into a different direction. That game is fine, but it never comes close to capturing the horror and oppressive feel of Manhunt.

Honestly, I’m not even sure if Rockstar could re-capture that feel in a future game. Improved visuals might end up making a Manhunt 3 feel too real and uncomfortable.

I’m fine with the world never getting another Manhunt 3. Instead, I recommend for those curious to creep back to their PS2 and experience Manhunt, preferably in a dark room. Alone. Good luck, killer.