You can now fly around the levels of the beloved PlayStation 2 classic Katamari Damacy to your heart’s content in your web browser, exploring the game’s worlds without having to impress your overbearing space dad, thanks to the website Noclip — and a $712 bounty offered by its creator to expert engineers willing to help crack open the game’s code.

Noclip features map data pulled out of classic 3D video games that has been reconstructed to let you fly through the levels any which way you please, even through walls, floors and ceilings.

The website’s owner, who goes simply by “Jasper,” said the site has spiked in popularity around the time that Kotaku covered it in February.

Since then, the data on the site has been paired with machine learning to turn various Zelda game screenshots into Van Gogh paintings and used to explore how levels are constructed in Ocarina of Time.

Clearly, people love Zelda. And so does Jasper. He’s got a lot of experience dissecting and reconstructing Nintendo games, but so far, Noclip doesn’t host a lot of non-Nintendo maps. Despite the numerous Nintendo games he’s been able to crack open, PlayStation 2 games are a separate beast entirely. Katamari Damacy is a personal favourite of Jasper’s, but he wasn’t able to get it onto Noclip during the six years he’s been working on the project.

“It was a long-standing request from me, because I love the game to death,” Jasper told Kotaku via direct messages on Discord. “The initial difficulty is just a big spike. I couldn’t get past that initial hump.” That’s why on April 2, Jasper decided to offer a $712 bounty to any experienced reverse-engineer who could crack Katamari’s secrets.

A few experienced hands answered the call, among them a software engineer who goes by the username Murugo. Another PS2 game, Kingdom Hearts, was his favourite game growing up, a love that led him to jump into the community effort to reverse engineer it two years ago. At the time, the modding scene for Kingdom Hearts 2 was well-developed, but the original game was less explored.

“Up to that point, models for in-game areas such as the Disney worlds were still a mystery,” Murugo said. “I decided that this would be a good place for me to start.” 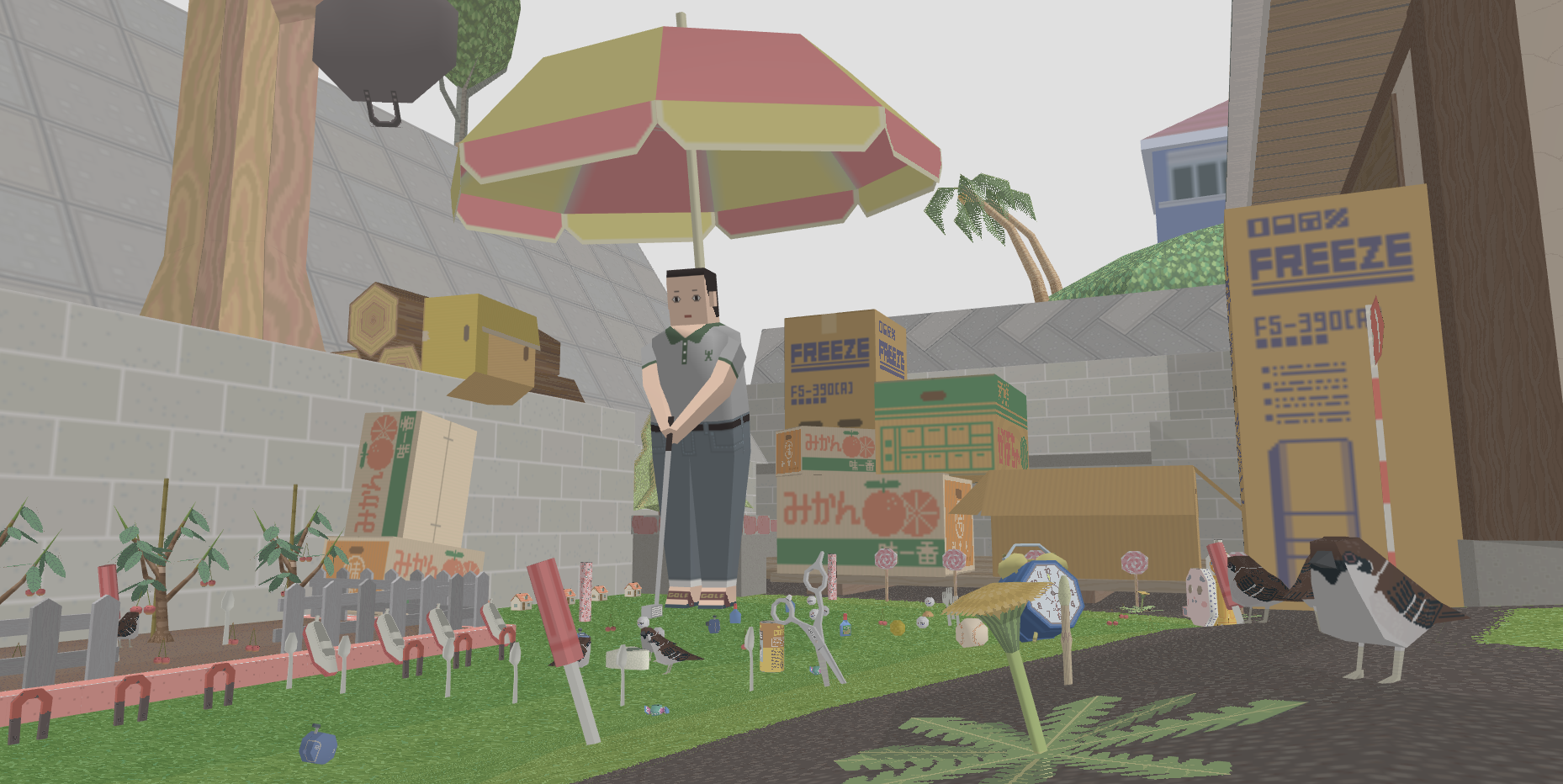 Murugo initially helped to get Kingdom Hearts, his own passion project, onto Noclip before transitioning to the Katamari effort. He contributes via a channel on Jasper’s Discord server dedicated just to researching and exploring the white whale that is Katamari.

Even with my own background in game development, watching the conversations dedicated to researching Katamari’s file structure is like the first frightening day of a language-immersion program. With a bit of help from the friendly locals, I’ve learned a bit about what makes Katamari and other PS2 games such tricky puzzles.

Digging into a game’s files and getting them functional on Noclip’s website is a process that involves some trial, a lot of error, and hard-earned know-how. Some games have already been partially mined and defeated by other developers, but oftentimes, it’s up to Jasper to dig in and figure it out himself.

“One of the best ways to do that is to modify the game files and then get the game to load them back in, and look for what’s different,” he said. “Sometimes the game will crash, other times it’ll corrupt objects in weird ways.”

Jasper’s early experiments attempting to recreate Princess Peach’s castle in Super Mario 64 were the original catalyst for Noclip. He shared the evolution of the map with me, pointing out how he slowly fixed the scaling of textures, perfected the blending between different surfaces, and finding missing polygons.

After six years working on Noclip, Jasper has an understanding of the idiosyncrasies of Nintendo file structures that reminds me of the familiarity I have with the jumbled contents of my office drawers. There is a rhyme and reason to their organisation, even if it isn’t immediately obvious to an outsider.

“I can identify the start of a ‘display list packet’, as it’s called. It has a very distinctive shape to my eyes,” he said. A display list packet is a command from the game to the system to draw a series of triangles.

Nintendo’s files tend to be named and organised in a way that allows curious and diligent engineers to make educated guesses about what a file might contain. Jasper showed me screenshots of the directory structure for Mario Kart Wii, which contains a folder called “Race”, inside of which are files titled things like “boardcross_course” and “casino_course.”

There’s plenty of work left to do after finding these files. But their names help make sense of dissecting them.

Katamari, on the other hand, just has a root folder with files like “DUMMY.BIN” and “FILE_00.BIN” and other similarly opaque names. If Mario Kart Wii is like the stack of bills I keep on my desk, Katamari is the embarrassing drawer in my kitchen that for some reason has both a flashlight and a can opener living next to one another.

This is why Jasper describes the initial work on Katamari as a big spike. Before even attempting to deconstruct and use its files, he and the other engineers peeling it apart have to figure out what each file is.

Unlike Kingdom Hearts, Murugo said, there had been no real strides in cracking Katamari previously. They’d be starting from scratch. “This time we did not have any community notes or tools to fall back to,” he said. “All we had at the start were files that we could find on the disc, the game’s executable, and a small number of large data files.”

Another developer known as “Umbreon” was able to find a table in Katamari’s files that listed every object in the game alongside four other values. This table was the essential bit of thread they were able to pull on to begin making sense of Katamari’s objects, a Rosetta Stone of sorts. The first recognisable Katamari model, a boombox, showed up on Noclip a few days later.

Since then, the progress has been exponential. I watched excitedly in the Discord channel as Jasper, Murugo, and Umbreon swapped broken screenshots and snippets of game data back and forth with other helpers. Screenshots that looked more and more like actual game stages showed up every day.

I watched in real time as the first functional screenshot of Katamari’s opening stage was posted. Shortly after, Jasper declared the goals set forth in his original bounty tweet achieved, though there’s still plenty of work left to do. The group has pried open enough of Katamari’s secrets for the real work to begin.

Today, just three weeks after Jasper posted his bounty, you can visit Noclip and fly around 10 different stages from Katamari Damacy. You can crawl into the attic of the house stage and find the end of a rainbow on the world stage. 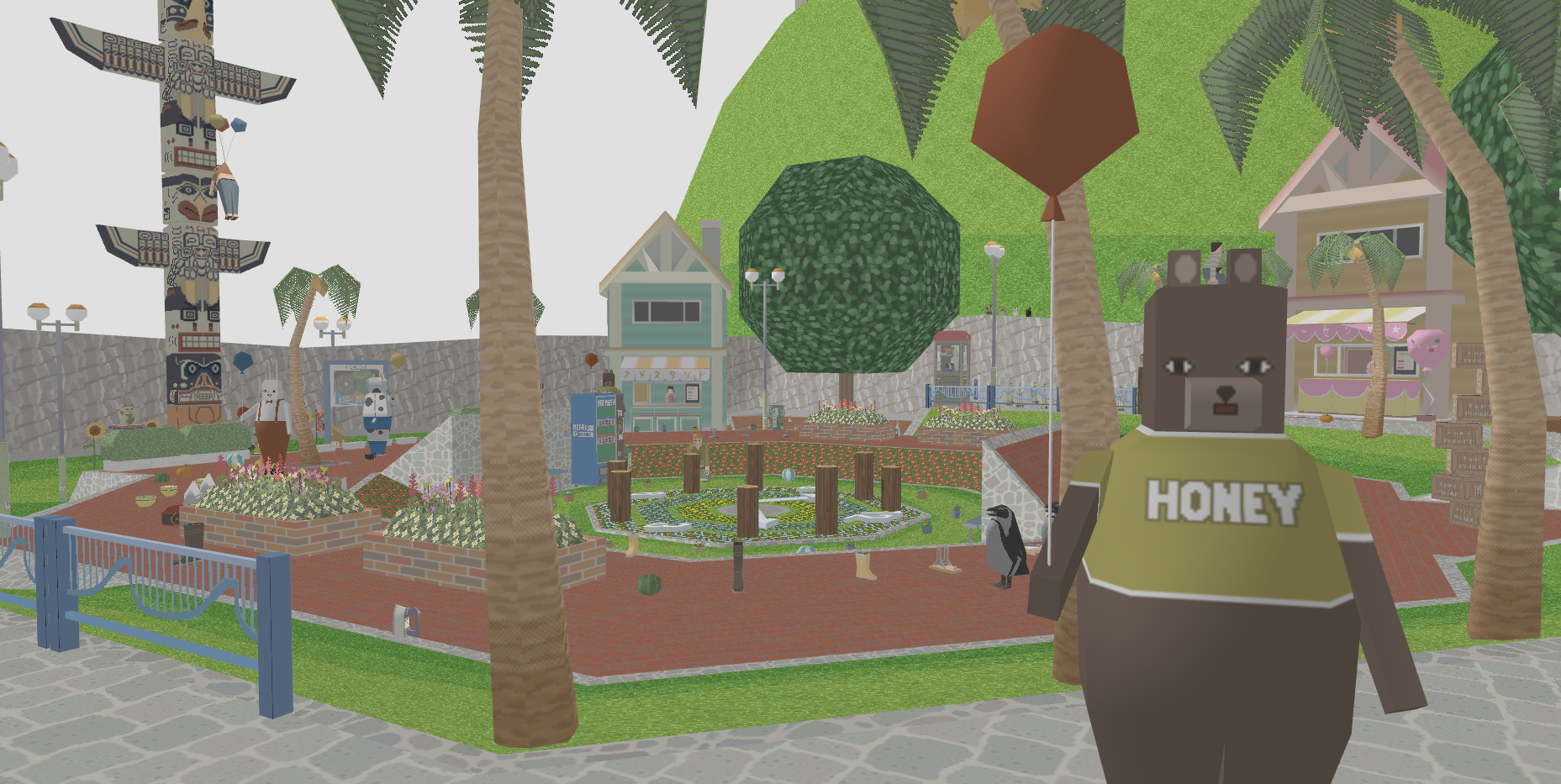 Now that he’s cracked Katamari, Murugo said he wants to continue developing his familiarity with reverse-engineering PlayStation 2 games. He’s considering tackling the horror genre next, potentially Silent Hill 2, his favourite of the series.

As for what the Katamari Damacy archive may look like on Noclip once it’s finished, Jasper says there’s always more to do. “It’s like building a sandcastle to me. Or, I guess for the kids these days, building a sandcastle in Minecraft. There’s no real ‘done’ to it, you just keep adding more and more.”

With The Legend of Zelda: The Wind Waker, Jasper added animated models for characters and objects to each island to help it feel more alive. Katamari will likely end up in a similar state before he’s satisfied enough to move on to another project.

“My vision is that every game on the site is as accurate as I can make it,” he said. “I want to let the work by these artists shine.”