Everybody knows how punching and kicking work, but do you know what Frame Advantage is? How about how to perform a Frame Trap? If you get knocked down, do you know which defensive “Getup” moves to use to counter your opponent’s likely follow-up attack? Work your way through Mortal Kombat 11’s exhaustive tutorials and you’ll know all that and more.

I’ve been playing fighting games since there have been fighting games, but never so intensely that I’ve worried about things like how many fractions of a second it takes for my moves to start, deal damage, and recover.

These are the sorts of things I imagine professional-level fighting game players worry about on a regular basis. I play against the computer, which is not exactly a challenging opponent. As long as I can string together some basic combos and block half the time, I’m good. 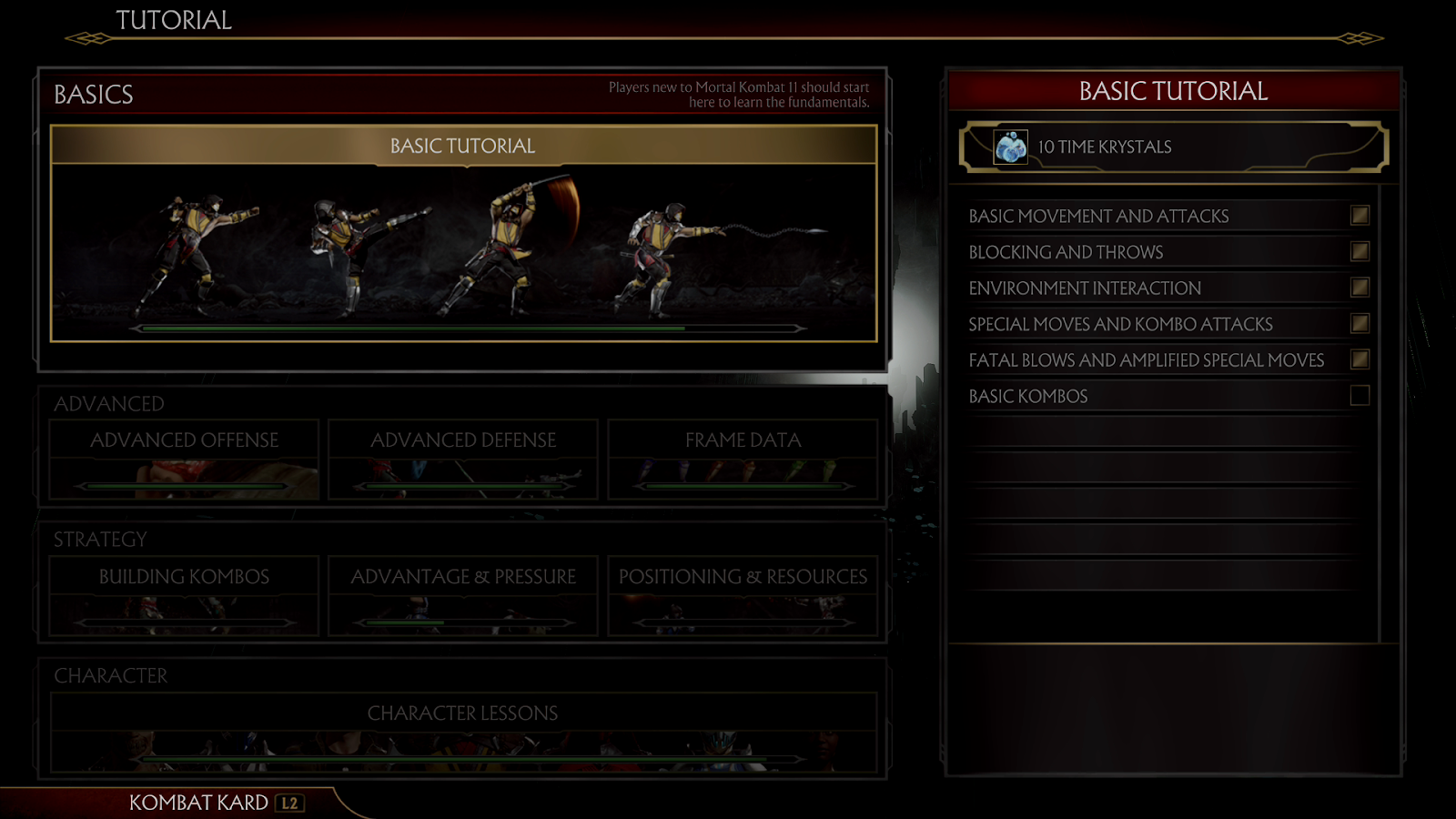 I might be a little better now that I’ve worked my way through Mortal Kombat 11’s vigorous tutorial gauntlet. It starts off simple enough. Movement and attacking. Blocking and throwing. Special moves. Basic combos.

These are all things I know, but completing tutorial lessons rewards coins used to unlock treasure chests containing skins, fatalities, and other goodies in the game’s Krypt mode, so I continue.

Then comes the Frame Data section. This is where it gets really deep, at least from my limited perspective. Here we learn about how moves literally tick.

Each move has a beginning, middle and end. The beginning, known as its start-up, is how long an attack takes to execute. The middle is when the move is active and doing damage. The end is recovery, how many frames until the player is free to move again once an attack lands. 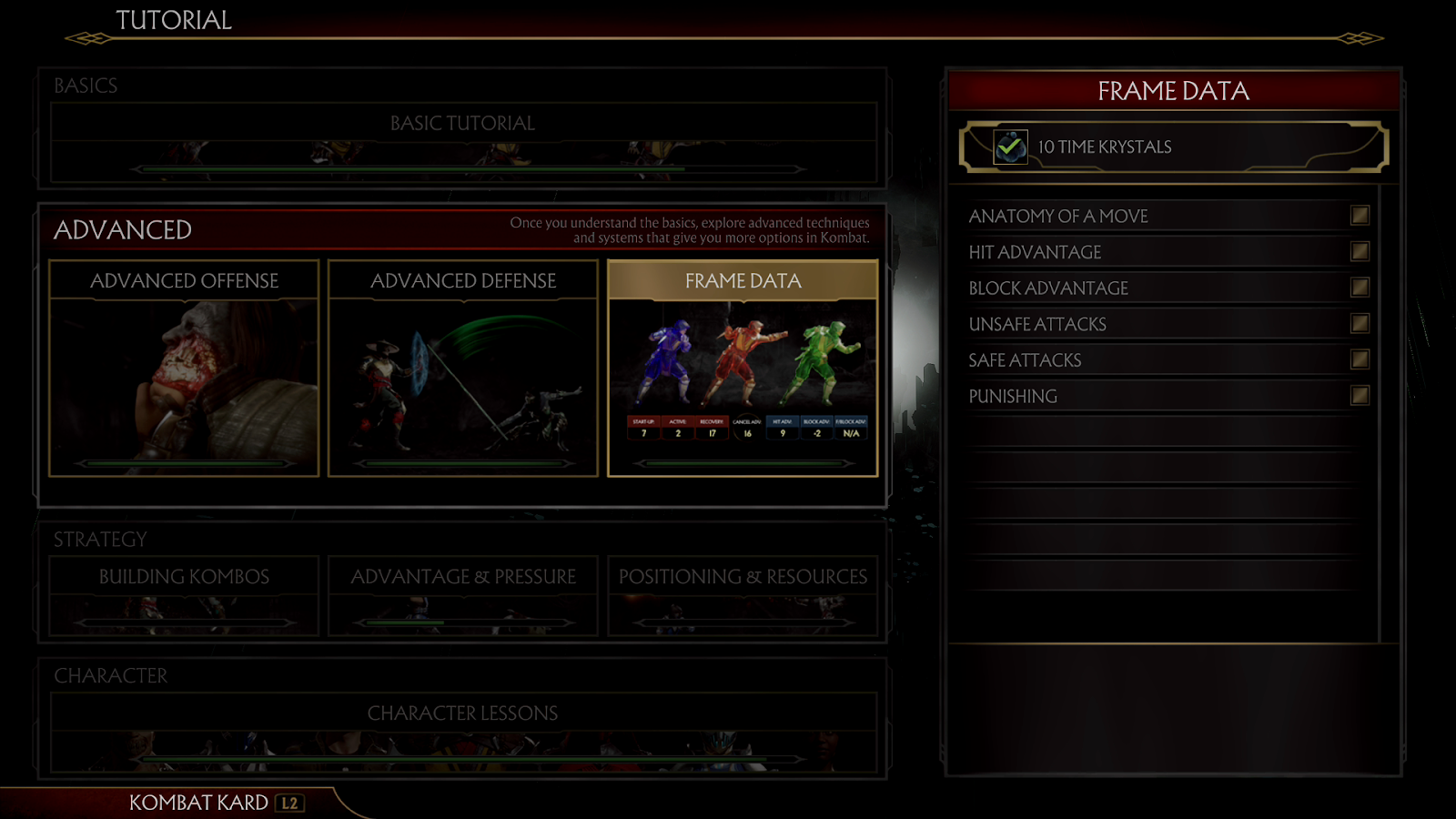 The tutorial lays all of this information out in a way that makes complete sense. Now I understand that an attack with a shorter start-up has an advantage over an attack with a longer one. From there I learned about hit advantage, which is how many frames an attacker can land faster than a defender upon execution of a move.

Or attacks that are unsafe on block, which is when the defender will recover before the attacker should a move be blocked, giving them a chance to attack back. Now all the data that appears in the game’s pause-menu move list makes sense. 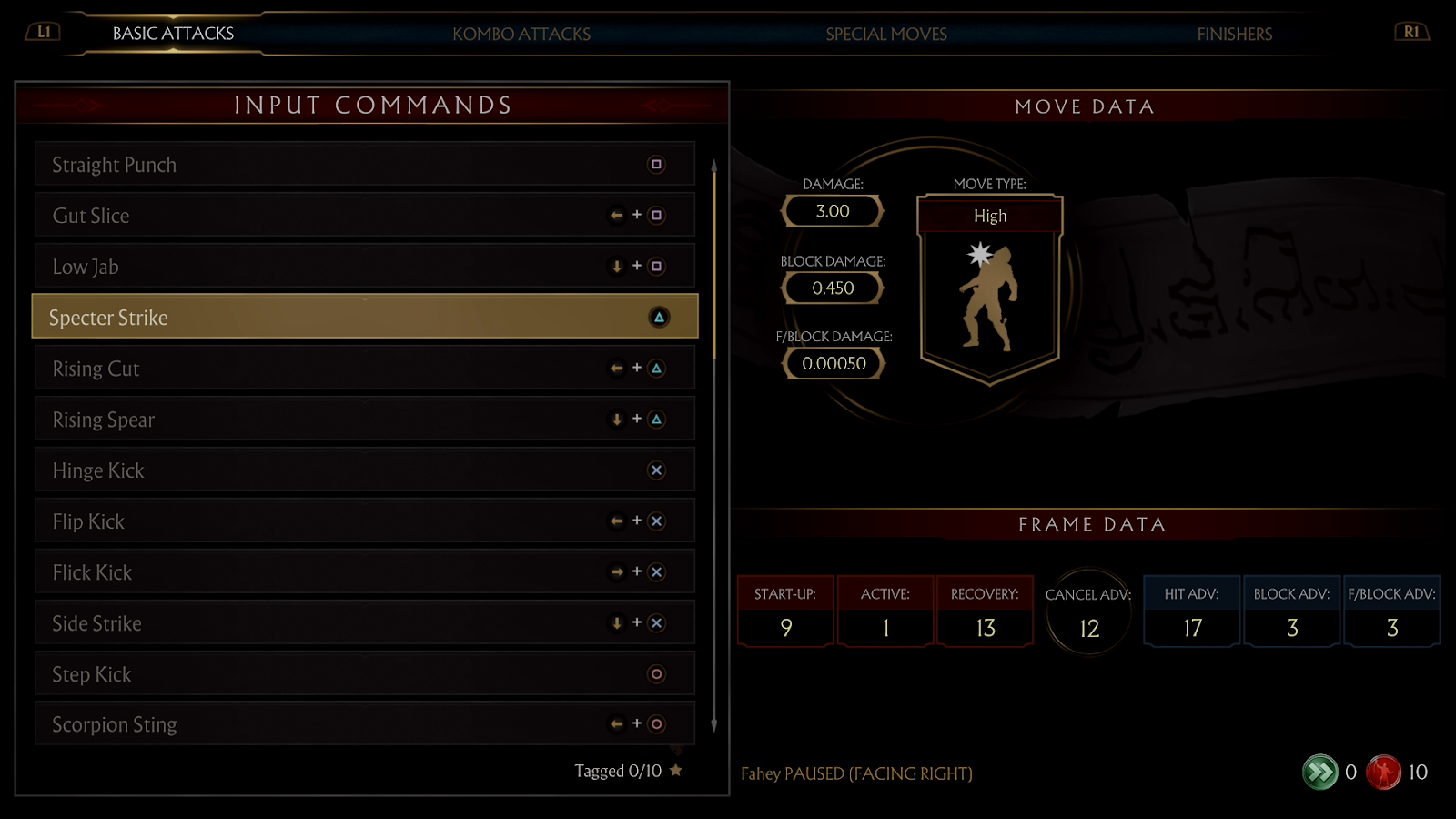 Knowledge of Frame Data leads to the final tier of tutorials. These teach players to build effective combos, utilise advantages when they appear, and apply pressure with blocks and attacks to take control of a match. We also learn about zoning, which is knowing where a specific character’s positional advantages lie and techniques for keeping an opponent at the proper distance. 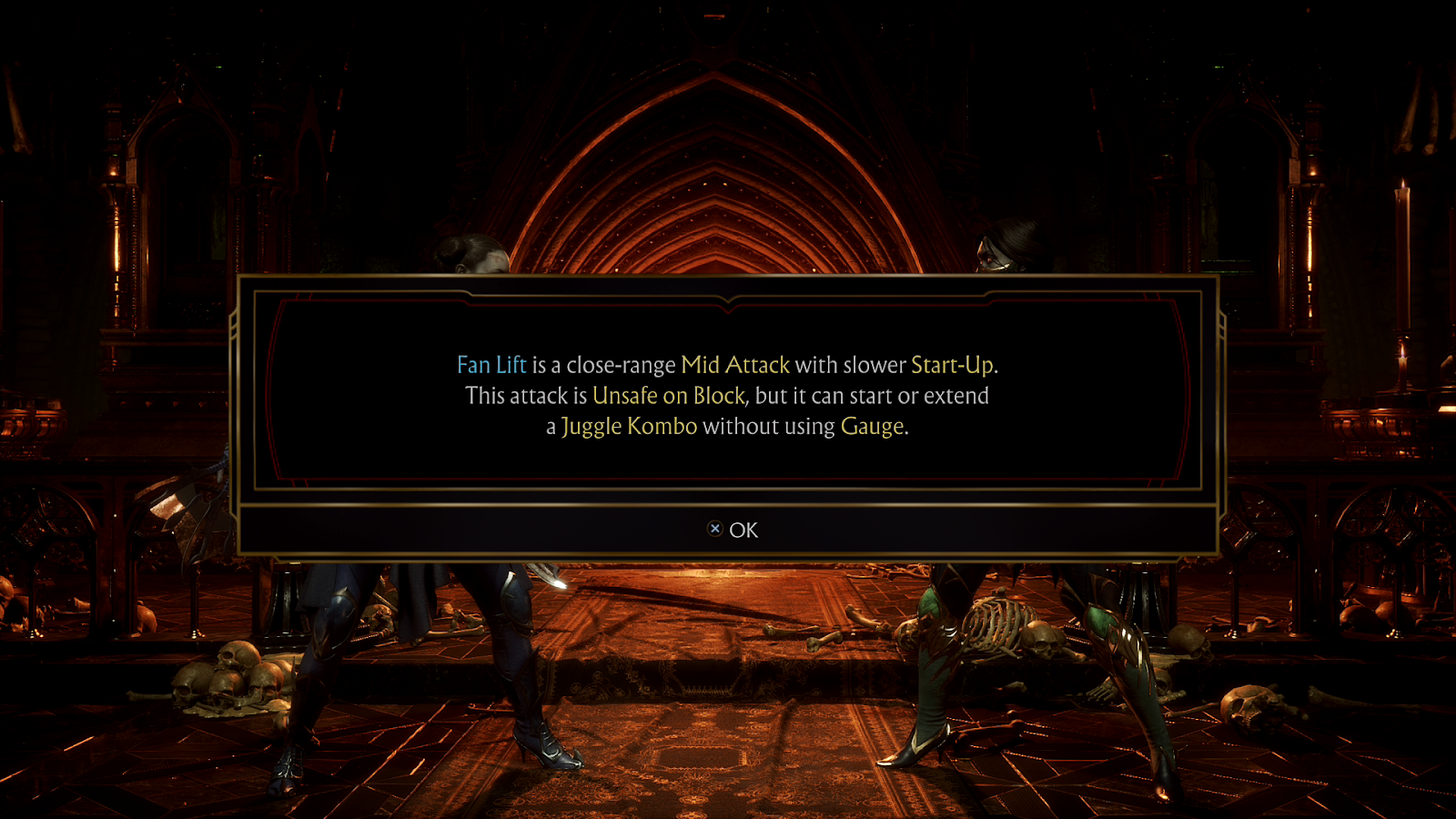 All of this imparted knowledge culminates in the character-specific tutorials. Players can take each kombatant out for a spin, learning not only their signature moves, but how those moves work and what advantages they give. Check out Sub-Zero’s tutorial below to see what I mean.

Mortal Kombat 11’s tutorials have taught me so much. A lot of it is stuff I should have learned sooner, as a fighting game fan, but the information has never been presented so compellingly. Now I have a stronger working knowledge of how the game works, plus a shit-ton of coins to spend in the Krypt. Go me.