My New Favourite Keyboard Is Cute, Compact, And Completely Customisable

This is the Kira, a lovely 99-key keyboard designed by the passionate independent enthusiasts at Input Club. It’s got a striking, space-saving layout. It’s got per-key RGB lighting. It’s fully programmable. On top of all that, its mechanical switches can be swapped out on the fly without soldering. It’s an everything keyboard that’s been a fixture on my computer desk for months.

Kira’s lengthy run atop my desk is really saying something. Since getting into the mechanical keyboard scene back in early 2017, I’ve amassed a fair collection of typing instruments. Between keyboards I’ve personally purchased and ones I’ve built myself, I’ve got a couple dozen keyboards at my disposal, all different layouts and switch types.

Before the Kira arrived in mid-December, I would swap boards out every couple of days. Sometimes I want a smaller board. Other times I like typing on certain switches. On rare occasions, I must have a split keyboard, as they make me feel like I am typing in a science fiction movie.

The Kira doesn’t scratch all of those itches, but it scratches the ones it does well enough that I feel no need to move on. At least, I haven’t yet.

The Kira, designed by Angelo “Thesiscamper” Tobias and Input Club, is a classy, chunky-style keyboard with a pleasantly high profile and a lovely build quality. The basic Kira, which runs $254, features an injection-moulded plastic frame. There is a CNC aluminium frame version available for $381.

I received the plastic frame version, which I was certain I was going to hate, but there was just something wonderful about the soft thunk of the Hako True mechanical switches coupled with the mildly muffling nature of the frame material that won me over. It’s a wonderful muting effect. And should I decide I need a change, I can always buy a metal frame separately.

But then, that’s just my configuration. One of the beautiful things about the Kira is that it’s completely modular. Instead of being soldered into the main board, the Kira’s switches sit in sockets. They can be pulled out and replaced with whichever switches a user prefers. Or a combination of different switches. Or 95 single switches, one for each key. Why not?

The Kira can also be configured with either a black or silver frame. Mine is silver, which makes it shinier and happier than boring old black. I guess either looks fine. 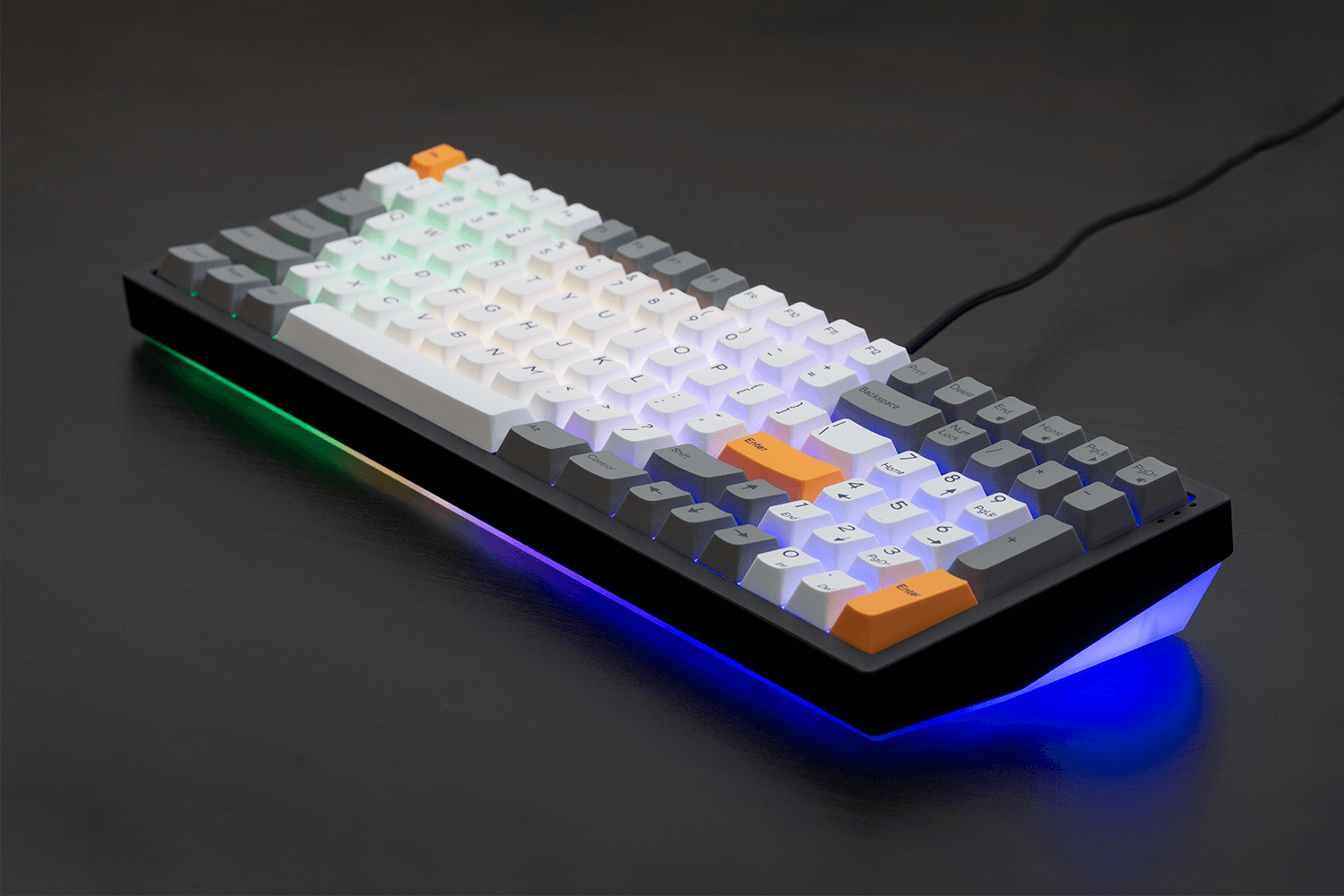 The Kira also features mad lighting. Each of the board’s keys can be set to a different colour, with several preset lighting effects baked into the board. The entire underside of the unit is a frosted acrylic diffuser, amplifying the RGB lighting effect to ridiculous levels. The glow is intense. It can be adjusted to be less intense, but that just seems like a waste.

The only downside to all of this glowing is the included keyset doesn’t do a great job of showing off the light show. Rather than shine-through caps, the Kira comes with a custom dye sublimated set of PBT (Polybutylene Terephthalate) plastic caps. It’s a gorgeous set and the keys feel spectacular, but they don’t shine as well as they could. 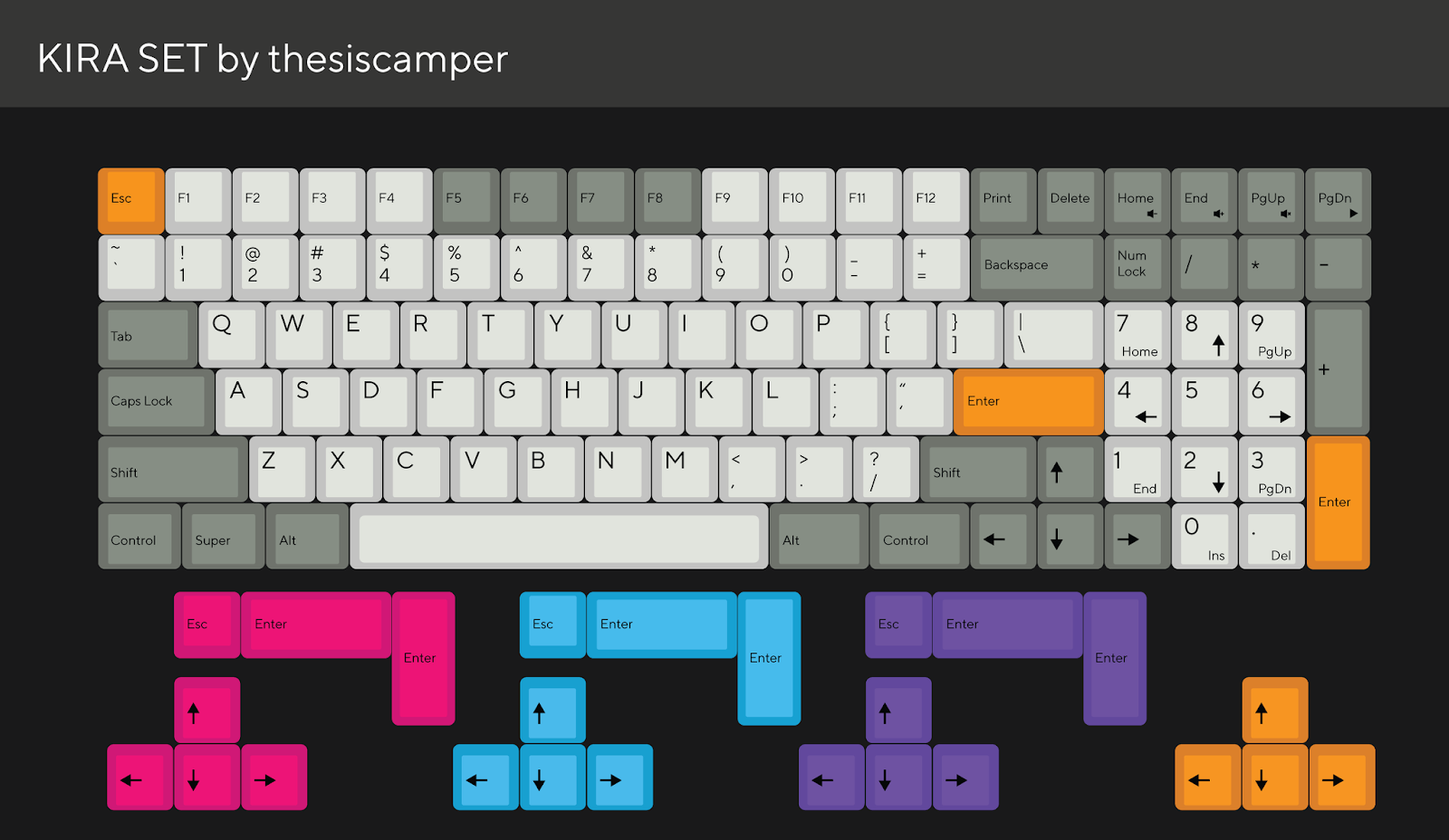 Oh no, an excuse to buy more keycaps. What will we ever do?

What first drew me to the Kira was its layout. A traditional full-size keyboard has three distinct areas. There’s the bit with the letters and numbers, the arrow and utility keys, and then the number pad. The Kira’s 99-key layout eliminates extra space, condensing keys in a lovely, uninterrupted rectangular layout. Arrow keys? Check. Number pad? Check. It takes a little getting used to, but the layout’s not so far outside of normal that it’s a real problem.

What keeps me coming back to the Kira, and may also contribute to my being hesitant to remove it from my desk, is the programmability. Every key on the Kira can be remapped into whichever macros or functions the user’s heart desires.

There are three different layers of programmability. Programming is saved to the board’s firmware, so if you grab the Kira and take it somewhere else, all of your custom work stays. I have all of my Photoshop shortcuts mapped to the board’s control layer, because I am a gamer, dammit.

What’s wonderful about the Kira is that my Kira is completely different from say, the one Gizmodo’s Alex Cranz uses, or the one we convinced Kotaku video czar Chris Person to purchase. They look different or feel different or perform different tasks.

I am sure if I sat down at Alex’s desk and tried to use my macros on her Kira, she would wonder how I got from Atlanta to New York so quickly and why I was using her computer. Also the macros would not work, but that would be the least of her concerns. 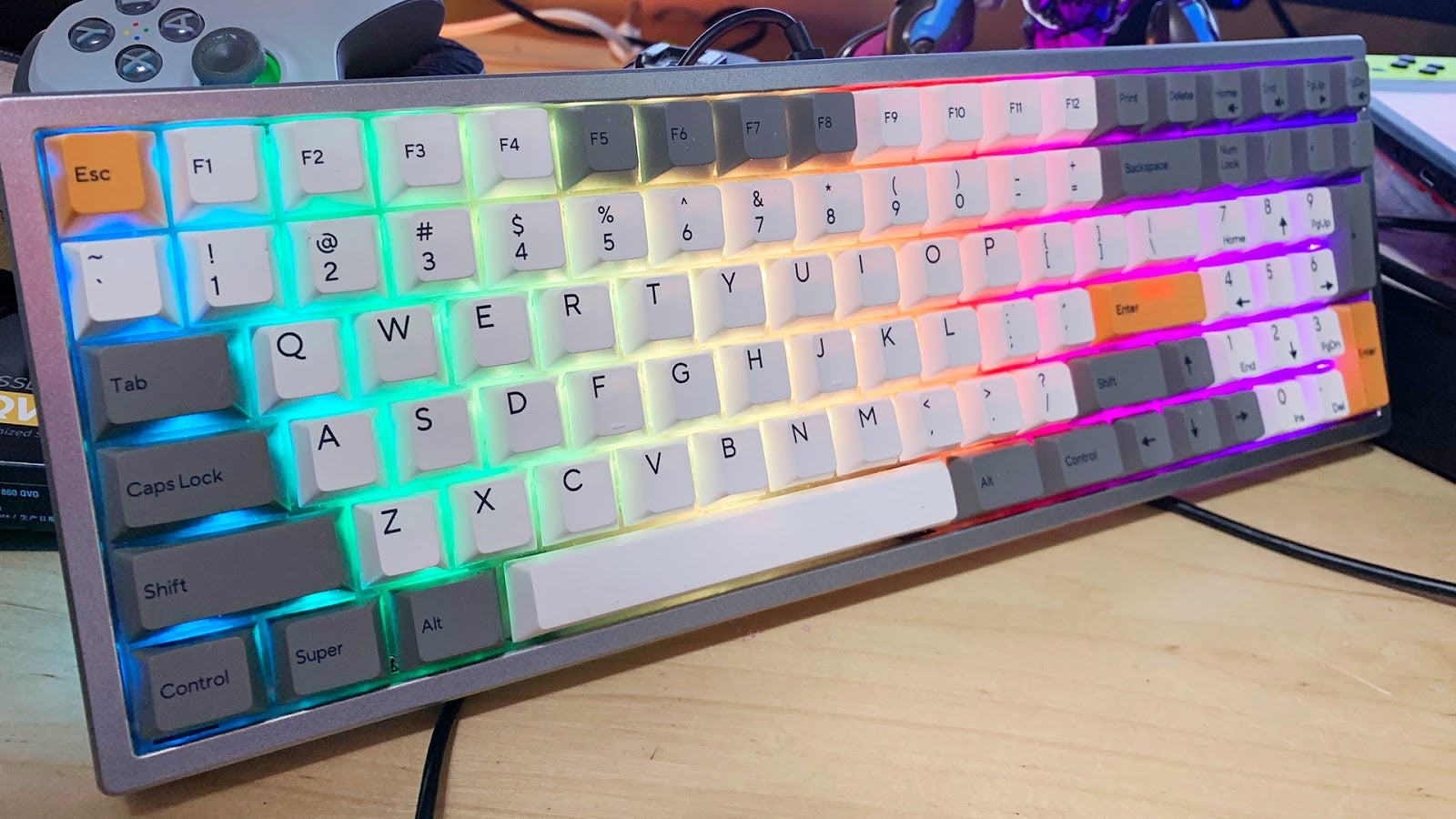 My Kira is pretty no matter how much desk clutter it obscures.

Most importantly, for me at least, the Kira is versatile enough that my urge to use all of the keyboards at once is somewhat sated by it. For now.