The Game Bar is what pops up when someone presses the Windows key plus G while playing a game on a Windows PC, giving quick access to screenshot, capture, and streaming tools. Now it does a bit more: Friends lists, messaging, Spotify access and the ability to drop funny text on screenshots. Or just regular text. Memes.

A post on Xbox Wire details today’s update, which requires you to have downloaded the Xbox Insider Hub from the Windows Marketplace. Game Bar users can now customise a number of on-screen overlays, or widgets, to help perform gaming-related tasks.

There’s a social widget, where Xbox Live friends and messages appear. A volume widget, which lets Spotify users access the app directly from the overlay and control the volume. There’s even a PC performance monitor, good for making people with ridiculously powerful computers feel better about themselves. 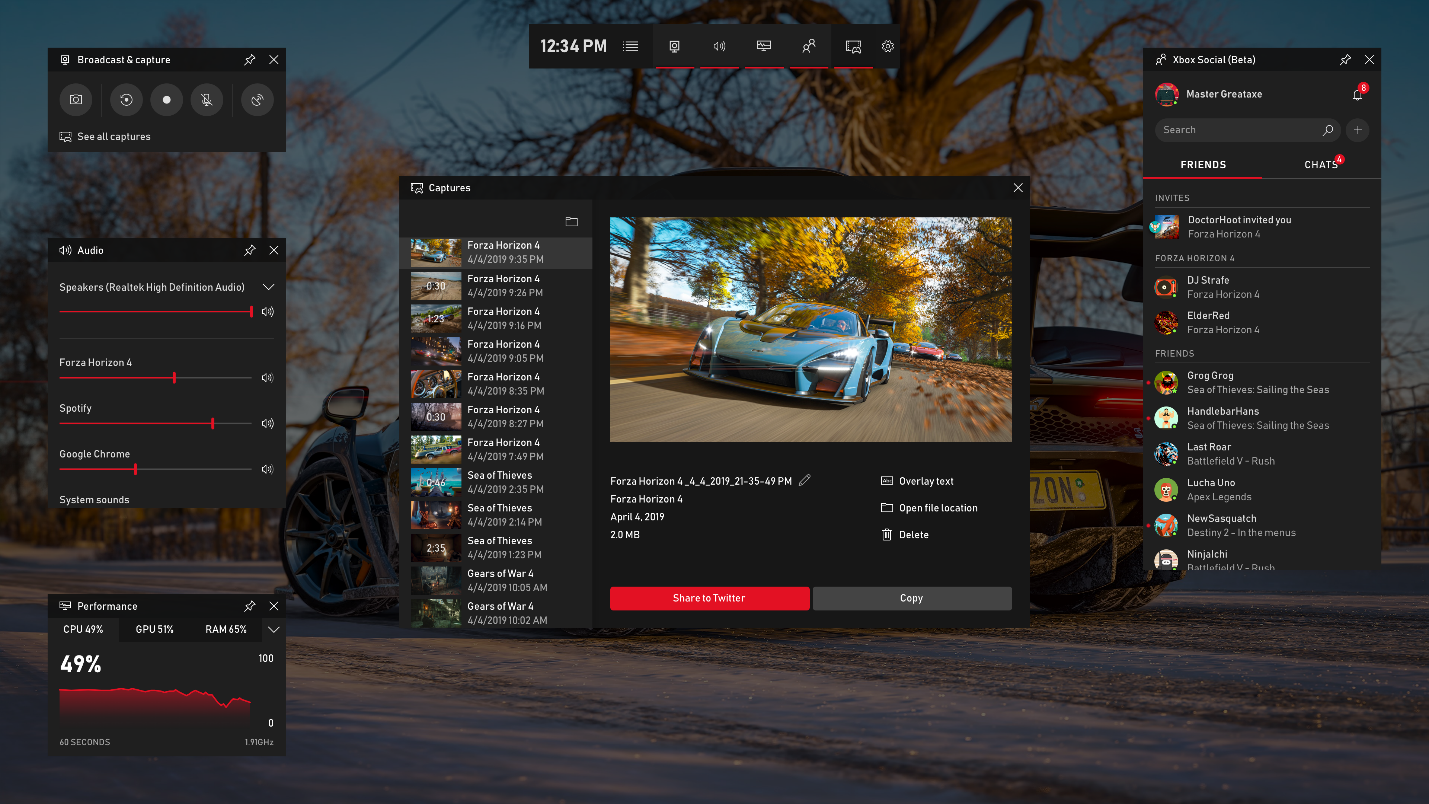 The other major addition is new screenshot-sharing functionality. Before sharing on Twitter or saving to the computer, users can type meme text along the tops and/or bottoms of their captured images, like so. 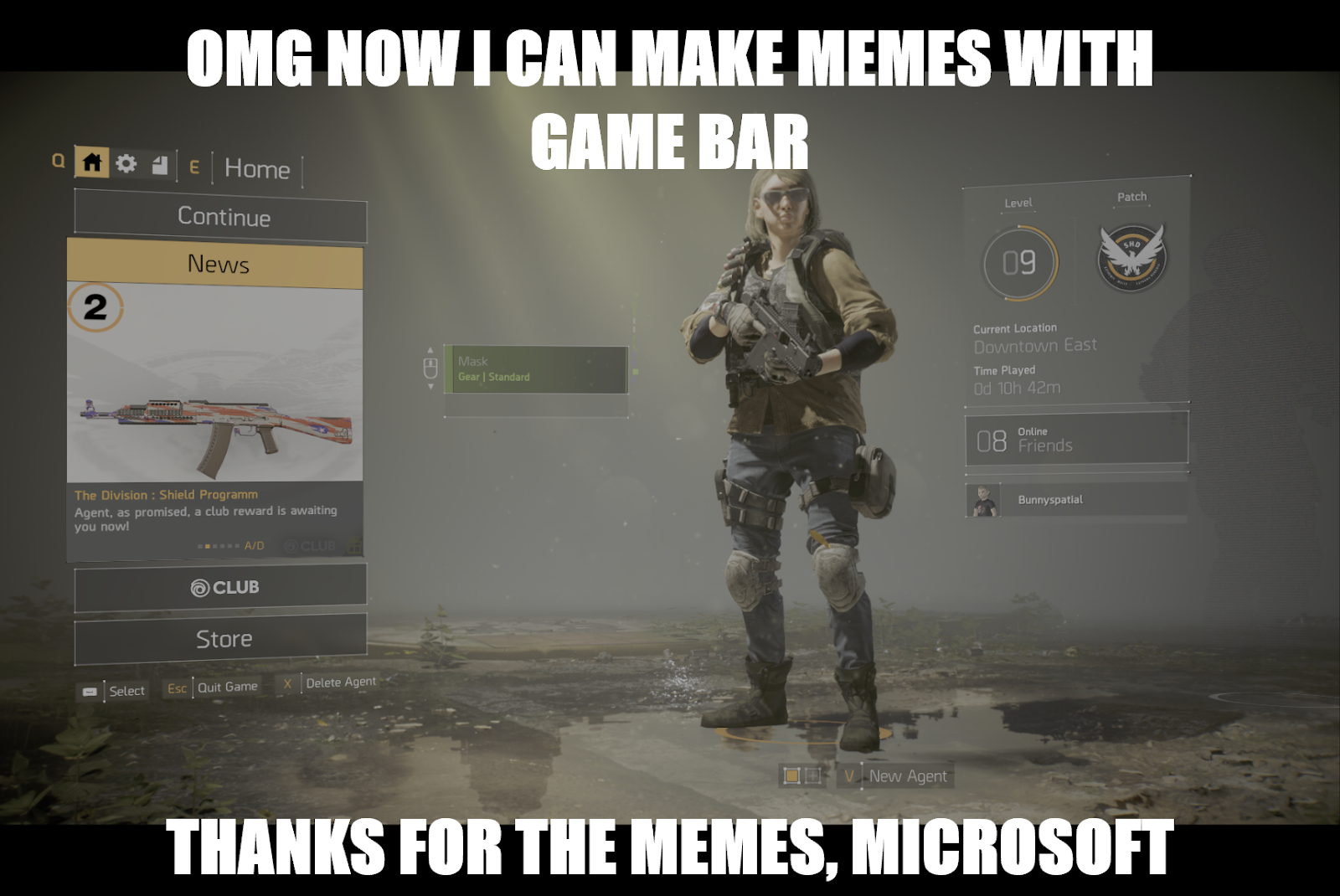 Yep. You can only use all-caps Impact font, for maximum 2006 I Can Haz Cheezburger aesthetic.

Hit up the Xbox Wire post for instructions on how to enable the new Game Bar functionality on your PC. It will change your life in an incredibly insignificant way.