Princess Leia’s Flagship Gets An Amazing New Lego Set, And More Forceful Toys Of The Week

Welcome back to Toy Aisle, io9’s regular round up of the latest and greatest threats to our wallets. This week: the Hellboy movie gets a rad action figure, Nebula joins the Hot Toys Avengers and…what, you seriously thought there wouldn’t be Star Wars toys today? Check it out! 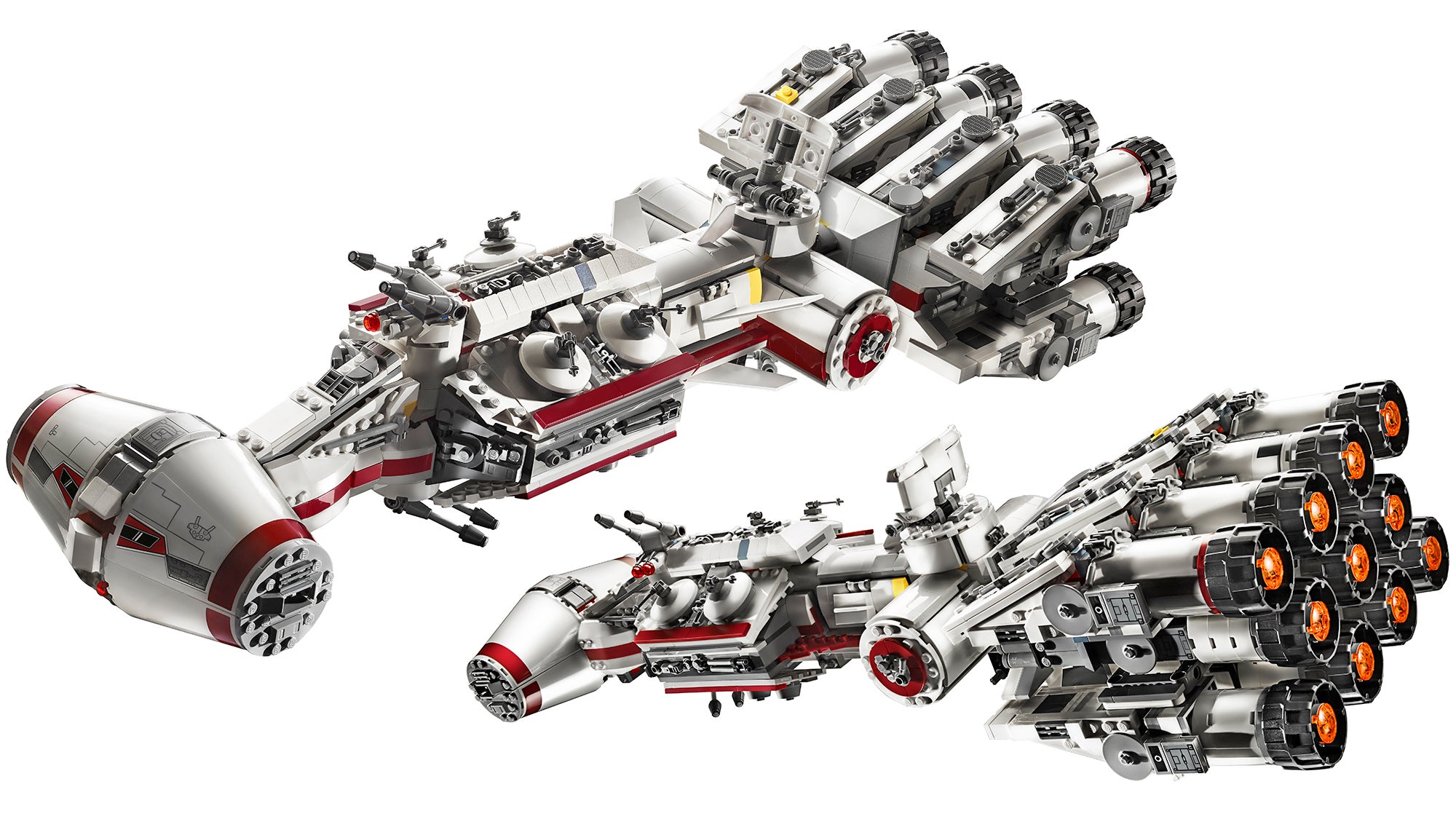 Today at Star Wars Celebration Chicago, Lego officially unveiled the swanky new set it will release in celebration of Star Wars day next month on May 4th: the Tantive IV, the Organa family’s blockade-running diplomatic cruiser. Coming in at 1,768 pieces, the vessel is not just a display model, but also opens up to reveal small play areas in the cockpit and body of the ship, the perfect place to house the six minifigures that come with it: Princess Leia, Bail Organa (as he appeared in Rogue One), Captain Antilles, a Rebel Fleet Trooper, C-3PO, and R2-D2.

On top of that, the ship’s radar tower doubles as a grip for you to hold and swoosh the whole thing around, like you’re, say, pretending to flee from an Imperial Star Destroyer while on a totally unsuspicious diplomatic mission to Alderaan! The Tantive IV will set you back an eye-watering $279 when it launches on May 3.

Ron Perlman did a great job bringing the character from the pages of Mike Mignola’s comic book series to the big screen, but the first two Hellboy movies didn’t exactly scream “hell on Earth,” did they? Lionsgate enlisted Stranger Things’ David Harbour for its new, and decidedly darker, take on the character, and while the film might not be fantastic, Mezco’s One:12 Collective figure based on the new Hellboy looks great.

With over 28 points of articulation, two heads, eight different hands, and the character’s duster trench coat, this figure squeezes a lot of detail into just six inches of plastic. It won’t officially ship until March of 2020 at the earliest, but is available for pre-order now for $112. 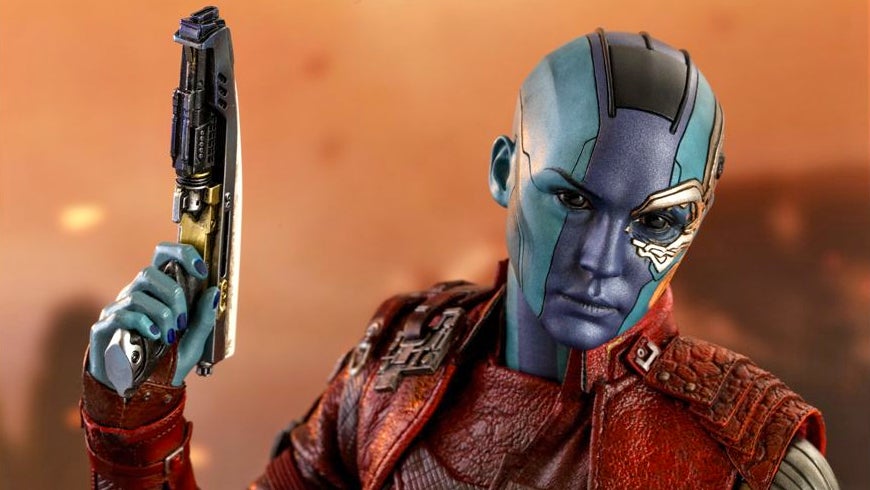 Though barely recognisable under her character’s makeup and prosthetics, Karen Gillan has managed to turn Nebula into one of Marvel’s best anti-heroes. Since she survived the Snap, we’re excited to watch her exact revenge on her old man in Avengers: Endgame, and even more excited that Hot Toys has given the character an excellent figure treatment.

Standout features for the 30cm figure include a detailed Ravengers jumpsuit, 28 points of articulation, and an intricate cybernetic left arm. Pricing hasn’t been announced yet, but availability won’t be until sometime mid-2020.

Of all the adorably-deformed collectible caricatures of pop culture characters currently saturating the market, Hallmark’s itty bittys line ranks up there as one of the cutest. But why just leave your collection perched on a shelf or sitting on your desk when you can wear them out in style? Hallmark’s PopMinded brand has created this Chewbacca Bandolier itty bittys carrier that lets you take your plushes out for walks, out to dinner, or to your next unsuccessful job interview. Hunting one down is a little tricky, however.

It’s $25 by itself, or just $11 when you buy three Star Wars itty bittys, but you can only buy it at events where there’s a PopMinded booth, such as Star Wars Celebration 2019 in Chicago right now.

With Star Wars Celebration 2019 in full swing right now, there’s a glut of new merchandise being dumped onto the fanbase. Regal Robot’s created the perfect way to wrangle all those loose pens (do people still use those?) floating around your office with this Space Slug Desk Organiser. It recreates the memorable scene from The Empire Strikes Back in exacting detail, as the original prop exogorth puppet was digitally scanned to create the molds for this resin replica. For $US99 ($138) it even includes a tiny Millennium Falcon pencil topper, and a black pencil to complete the effect. 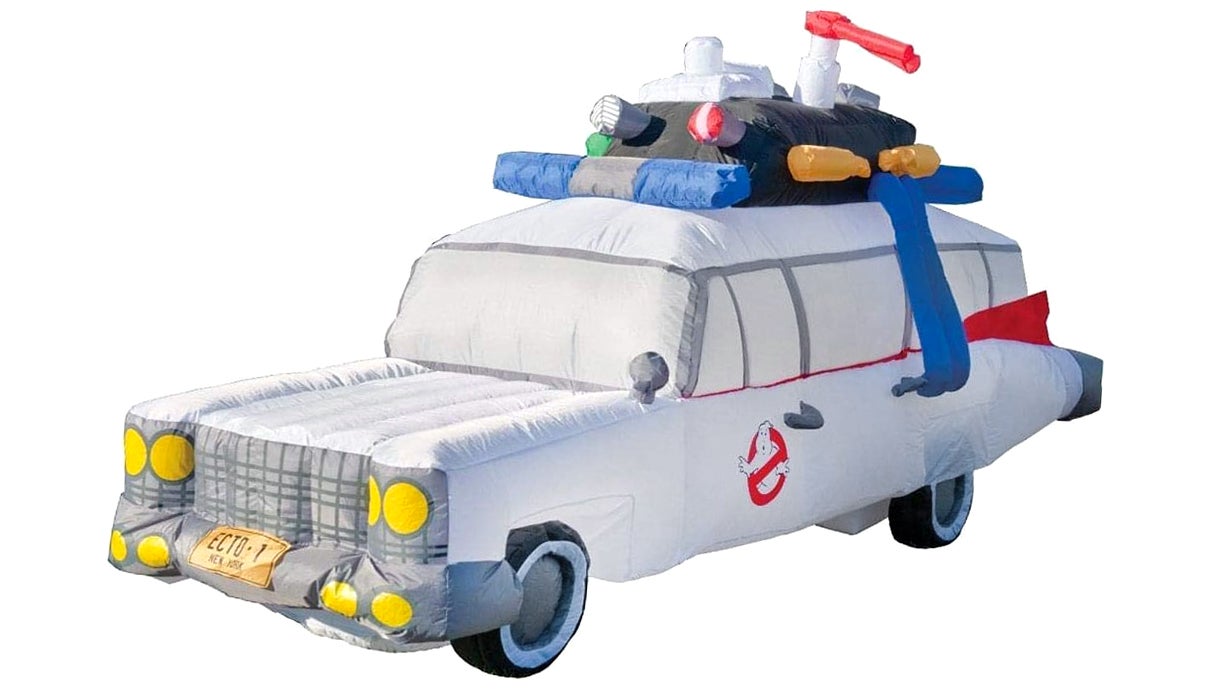 Is it too early to start thinking about decorating for Halloween and Christmas? Obviously not. At some point there was clearly a technological breakthrough when it comes to inflatable lawn decor, because it seems like overnight we went from blob-like snowmen that could barely stay standing, to nine-feet long replicas of Ecto-1 from Ghostbusters.

This is bleeding (or blowing?) edge technology, which is also why it will take a $349 dent out of your holiday decorating budget. 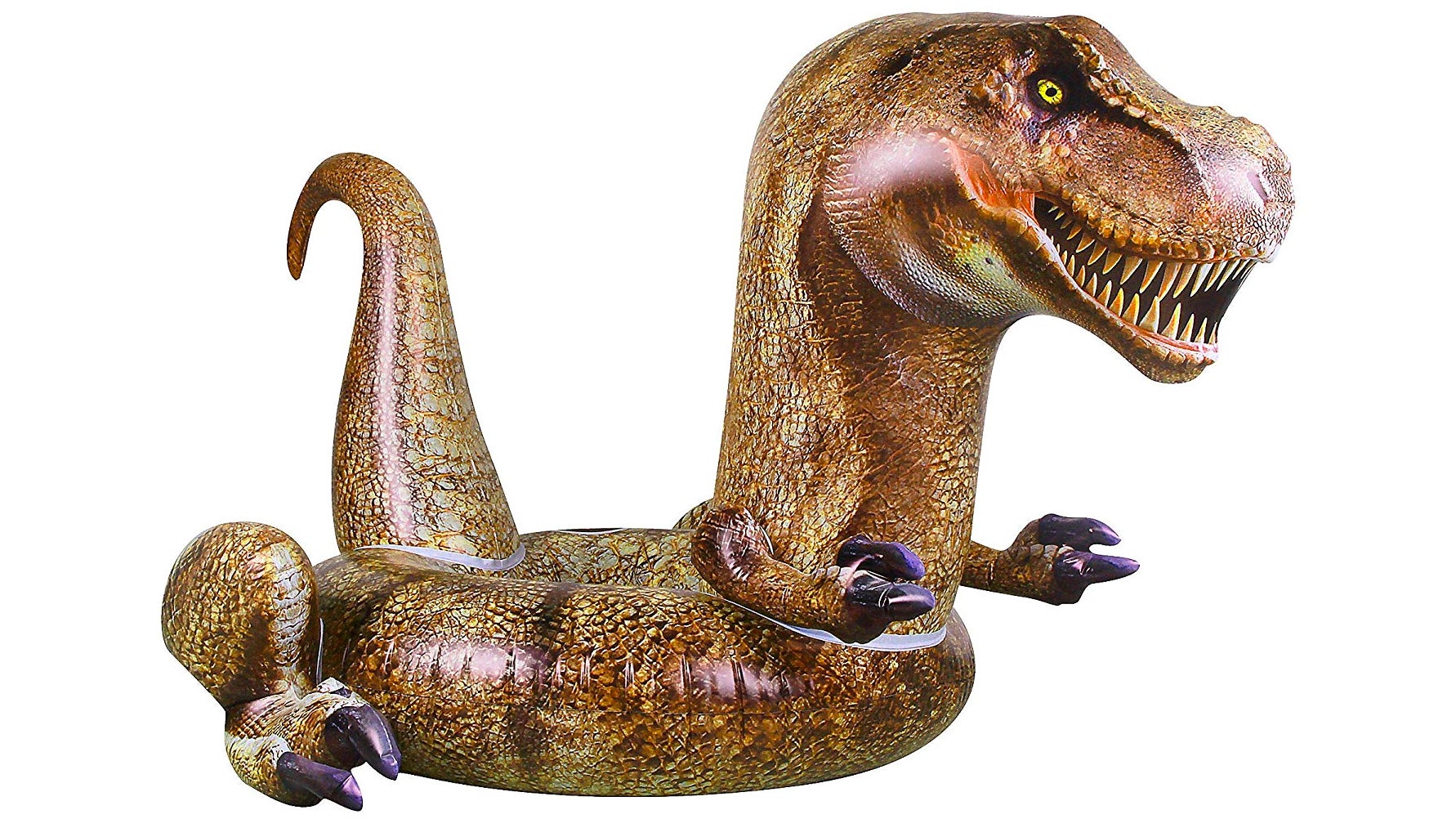 Dr. Ian Malcolm has already astutely described this $56, 178cm wide freakish abomination of Summer fun: “…but your scientists were so preoccupied with whether or not they could, they didn’t stop to think if they should.” It’s an officially licensed Jurassic World: Fallen Kingdom collectible, and as with the movie, something we hope our brains will some day forget.