Tze Chun was in the news recently when he was tapped to write and executive-produce the in-development animated Gremlins prequel series. But the TV vet (Gotham, Once Upon a Time) also has another new venture: Comics publisher TKO Studios. Today, we have a sneak peek at one of the company’s upcoming sci-fi titles.

It’s called Eve of Extinction, and it’s written by Sal Simeone Jr. and Steve Simeone, with art by Nik Virella, colours by Ruth Redmond, and lettering by Ariana Maher, with cover art by Maria Nguyen. Its premise, which you can read more about in the summary below, sounds kind of like Y: The Last Man with a gnarly zombie twist.

IT STARTED WITH THE RAIN.

EVE OF EXTINCTION is a survival horror story about a virus that infects only men, amplifying their violent tendencies and turning them into monsters.

In order to rescue her daughter, a recovering addict must work together with her daughter’s stepmother to navigate a city teeming with infected men.

This six-issue miniseries is written by Steven and Salvatore Simeone, drawn by Nicole “Nik” Virella (Return of the Living Deadpool), and coloured by Ruth Redmon (Deadpool: Back in Black).

We’ve got an exclusive glimpse of Eve of Extinction to share, featuring what appears to be a few of the last people on Earth having some rather grim final moments: 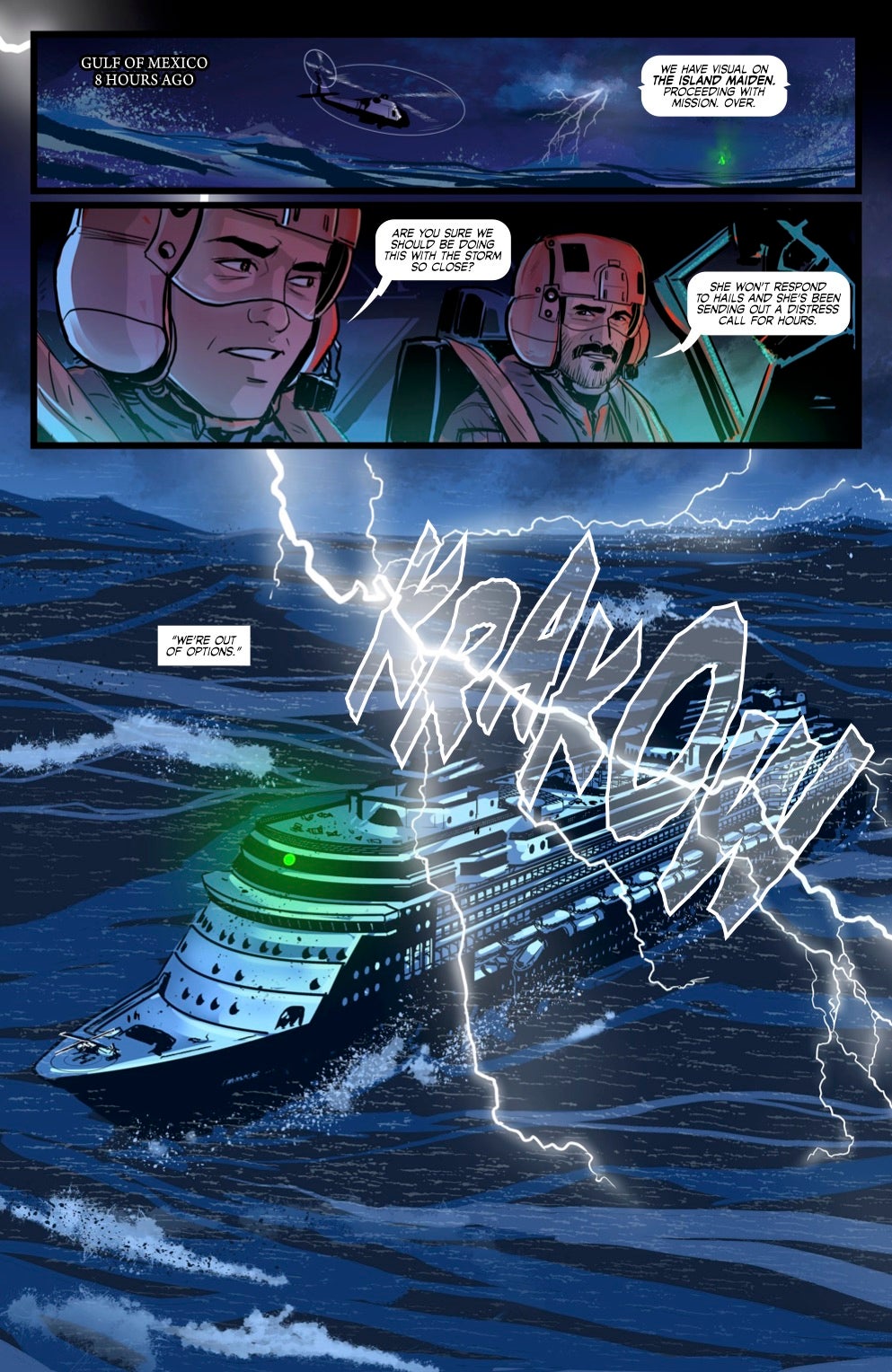 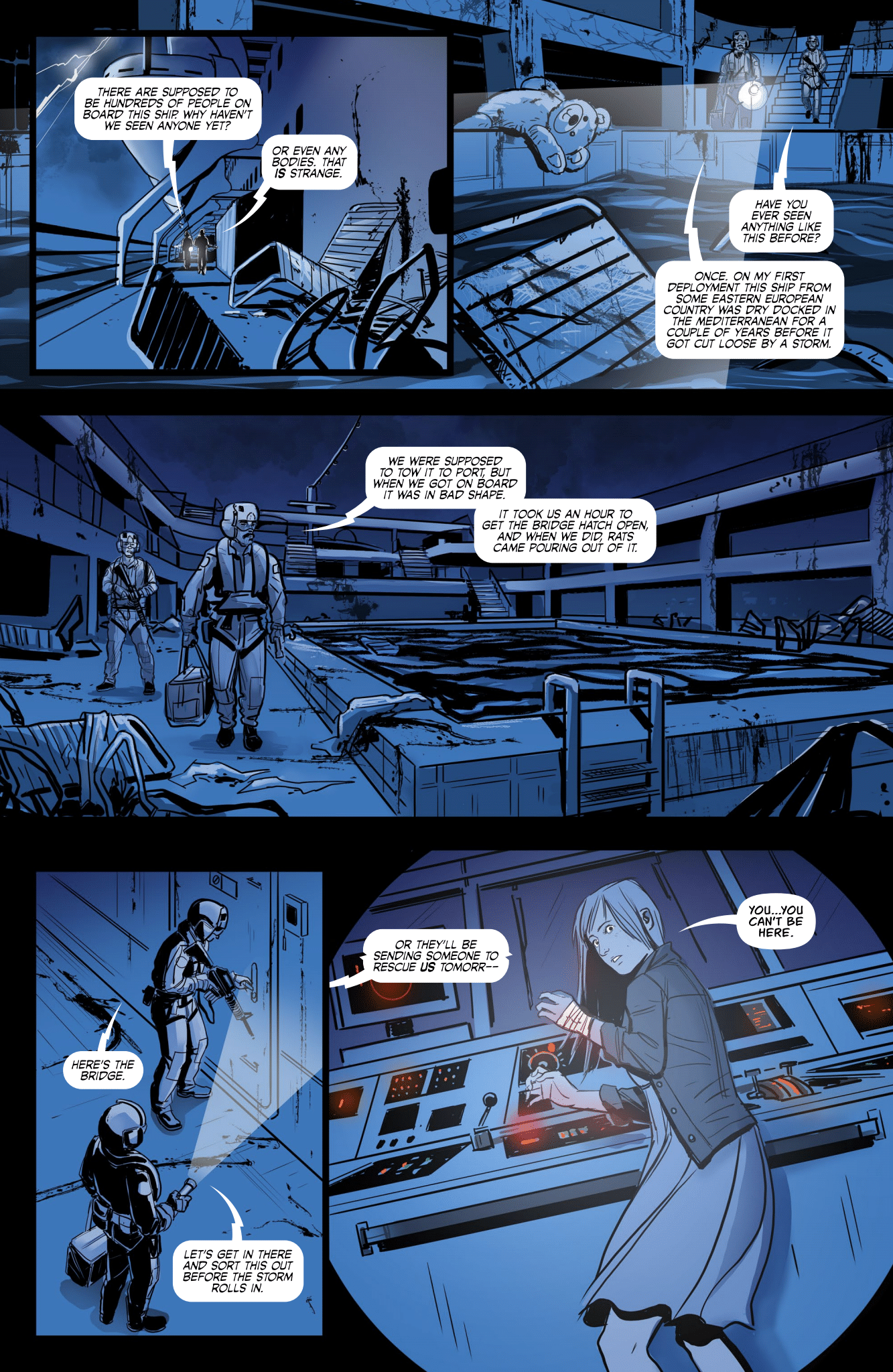 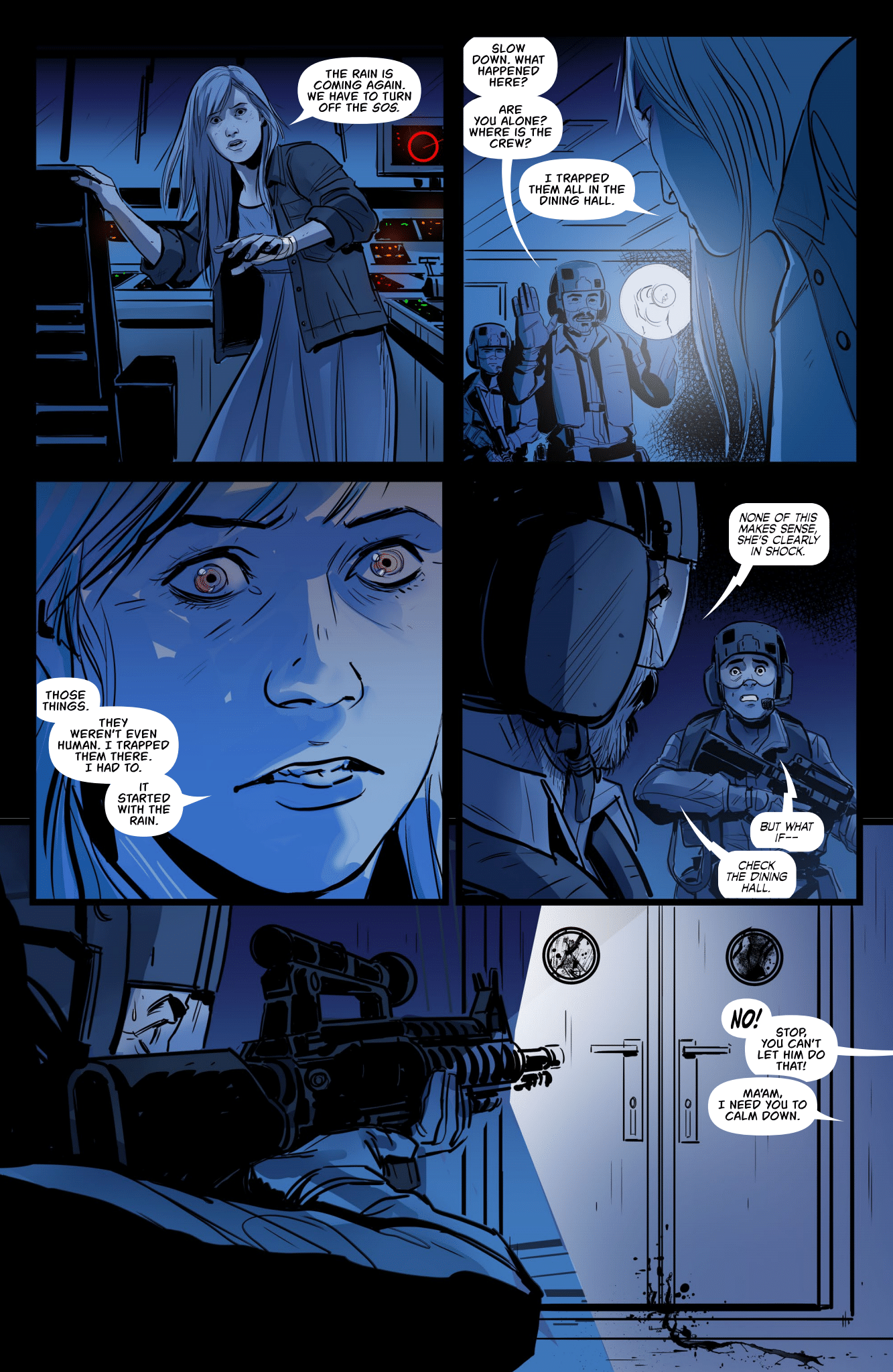 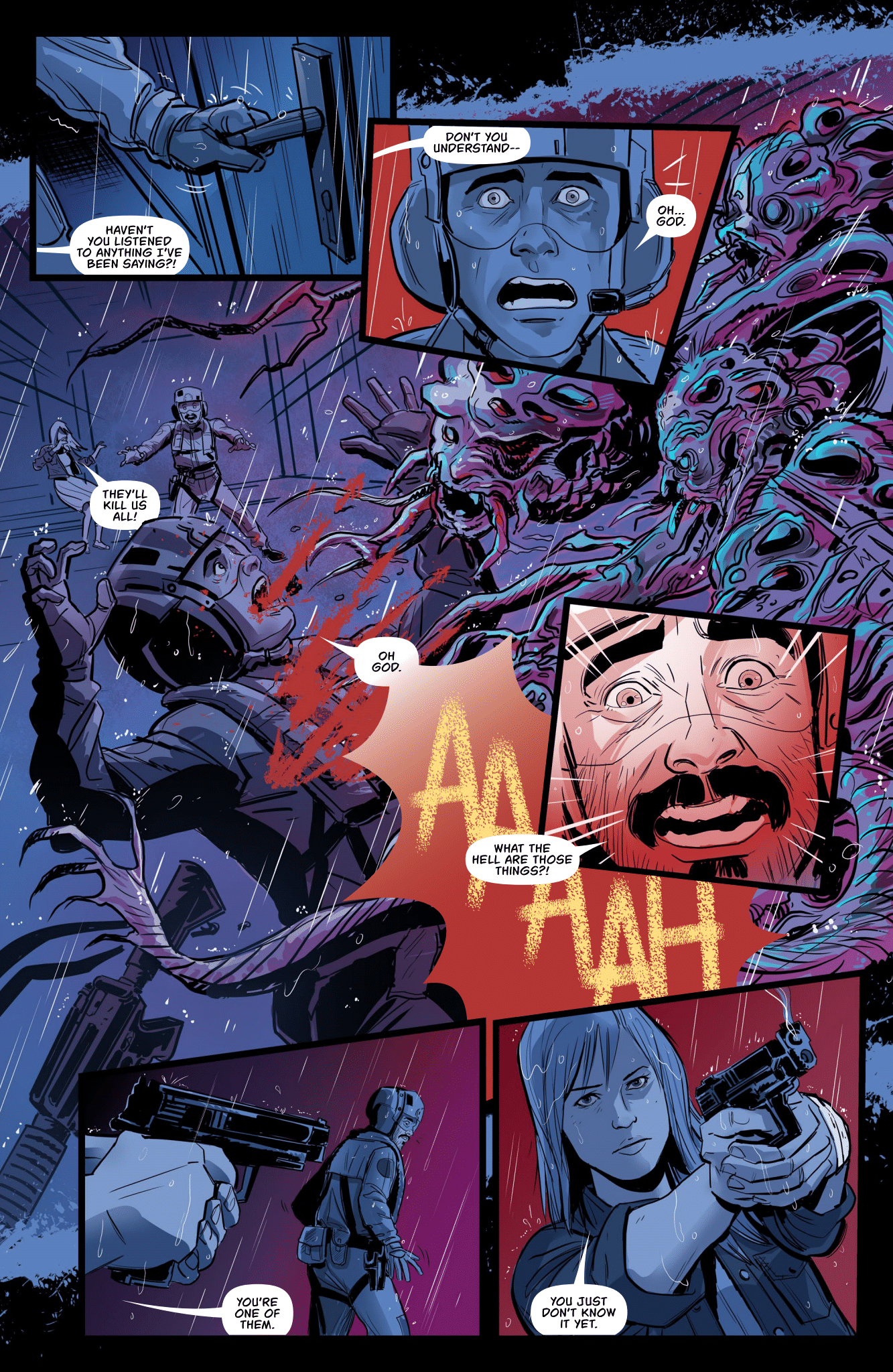 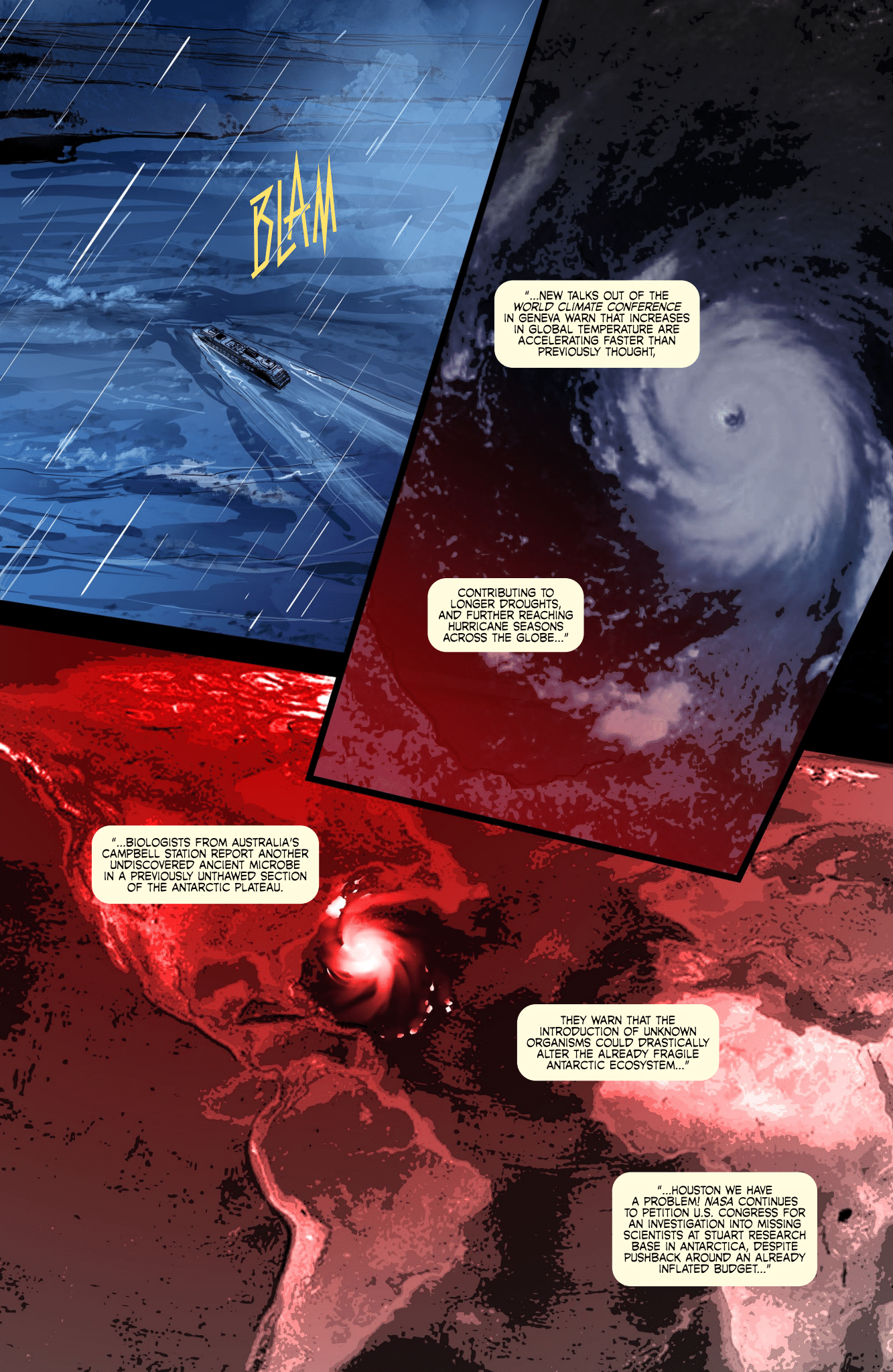 Kind of brings a new meaning to “climate change,” don’t it?

Here’s the cover art (without logos) by Maria Nguyen, as well: 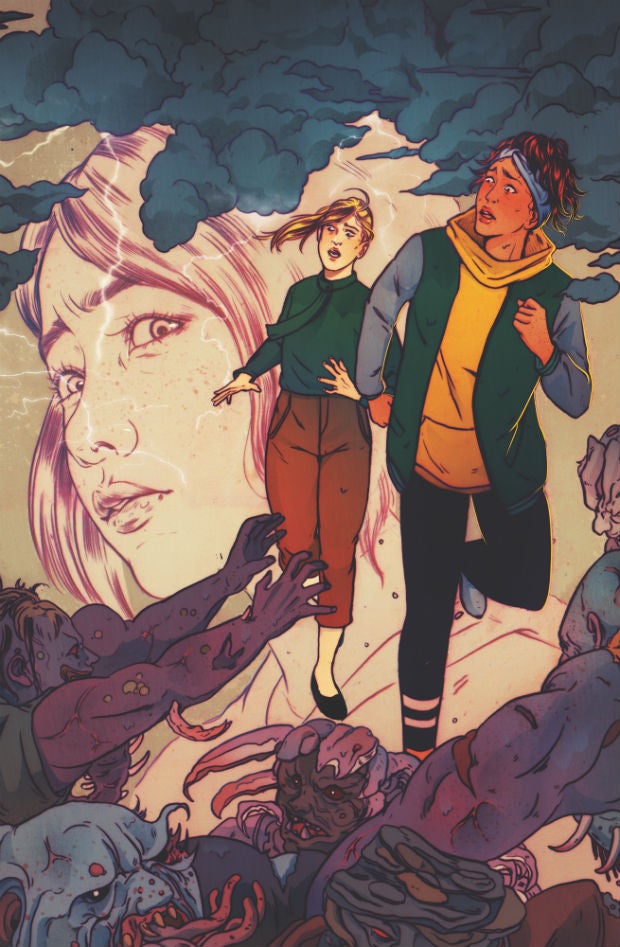 Eve of Extinction will be available in July, but you can snag a pre-order and learn about TKO Studios’ other upcoming titles on the company’s website.