The newest DLC was recently released for the park building game Jurassic World Evolution. This new update included some new features, like a photo mode for consoles, but more importantly, it added some new dinosaurs. But one of these new dinos is a bit broken.

Proceratosaurus is a small carnivore which was added in the newly released DLC, Carnivore Pack, alongside two other meat eaters. Fans in the Jurassic World Evolution community were excited about the new dinosaurs but soon discovered that Proceratosaurus had some body issues. Specifically, its neck and tail seem prone to just completely collapse in horrifying ways. 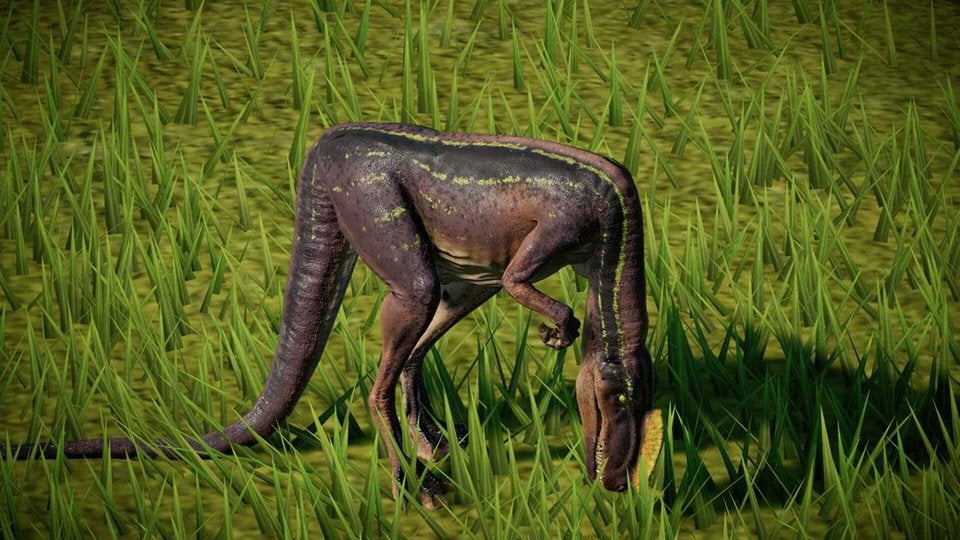 This wasn’t a random bug that only one or two players encountered. On the game’s subreddit and on YouTube, you can find numerous photos and videos of this small carnivore suffering from deflated neck and tail syndrome. Fans were generally happy with the latest batch of new creatures, especially because the new dinos even have some unique animations included. (This is noteworthy because many previous dinosaurs in the game shared multiple animations.)

However, players are disappointed and a little bit amused about this bug and are hoping Evolution developer Frontier Developments is able to solve their bendy and broken dinos soon. Frontier did confirm they are aware of the problem and are working on a fix.

This little carnivore isn’t just bending in weird ways, other players have discovered that if the dinosaur is tranquilized it will sometimes begin to spin around in the air and fold into odd shapes.

It seems the scientists over at Jurassic World needed to keep these little meat eaters in their tubes a bit longer.