Between the upcoming video game, the return of the Clone Wars cartoon and Episode IX trailer that dropped over the weekend during the Celebration event, I am officially excited about Star Wars again. Not just the good bits, either.

Thanks to this Anakin’s Podracer set, which is part of the Lego Star Wars 20th anniversary line, I’ve fallen back in love with one of the better parts of the prequel trilogy. Now that’s podracing.

Back in 1999, Lego Star Wars launched two decades of licensed Lego. Before then, Lego kits were all original fare like generic spaceships, generic knights and generic towns. The first series of Lego Star Wars kits were based on the first of the prequel films, The Phantom Menace, and you couldn’t have The Phantom Menace toys without little Anakin Skywalker in his kick-arse hovering podracer.

The original Anakin’s Podracer set, released in 1999, was pretty cool for its time. Numbered set 7131, it came with the podracer, Anakin, Padme and a maintenance droid. To achieve a sort of hovering effect, the set used beige bricks, which would blend in against the sandy scenery of the desert planet of Tatooine. It all came together in 173 easy pieces. 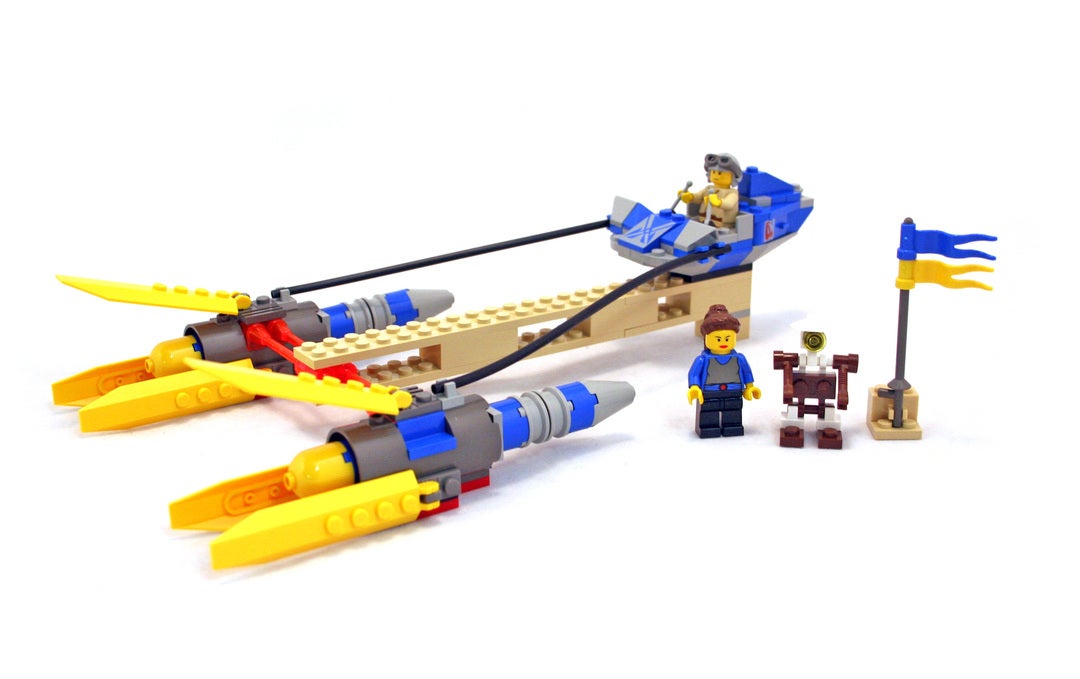 Lego set design has come a long way in two decades. The new 20th Anniversary Edition of Anakin’s Podracer, set 75258, loses the maintenance droid and adds 106 additional pieces. Instead of tan pieces, it uses clear ones to achieve the floating effect. It’s ridiculous how much better it is than the original. 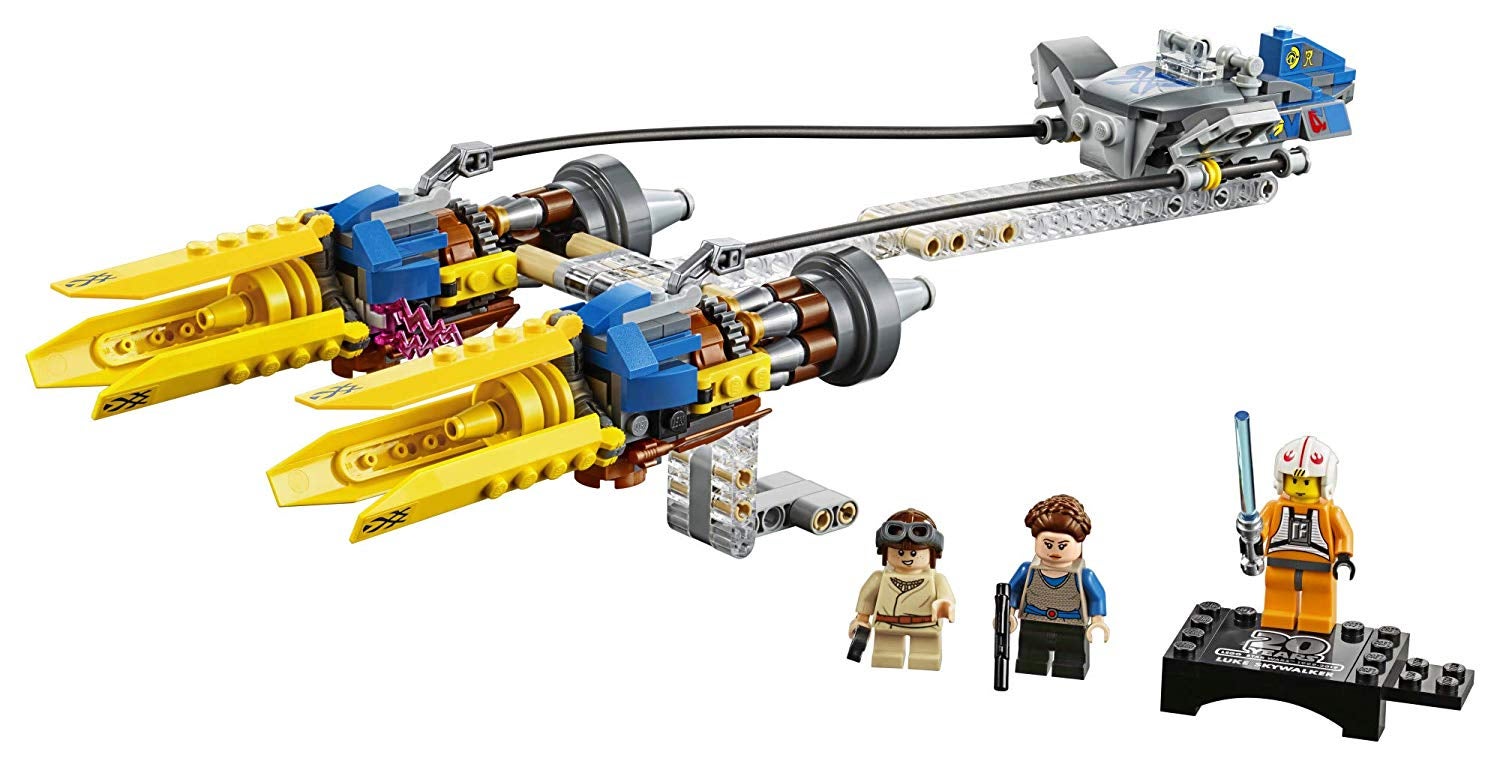 First off, this version of the iconic vehicle comes packaged with a Luke Skywalker minifigure, the eventual product of the unlikely romance between the full-grown queen and little boy (both of whom are also included in the set).

Luke is only offered as part of the podracer set, but each of the other 20th anniversary Lego Star Wars sets also comes with a classic character on a labelled stand. The five figures—Luke, Lando, Leia, Han and Darth Vader—can connect together to for a little display.

This makes it very tempting for collectors like myself to add the 20th anniversary Slave One, Snowspeeder, Imperial Dropship and Clone Scout Walker to their collection, rather than stop with the modest $42 podracer. 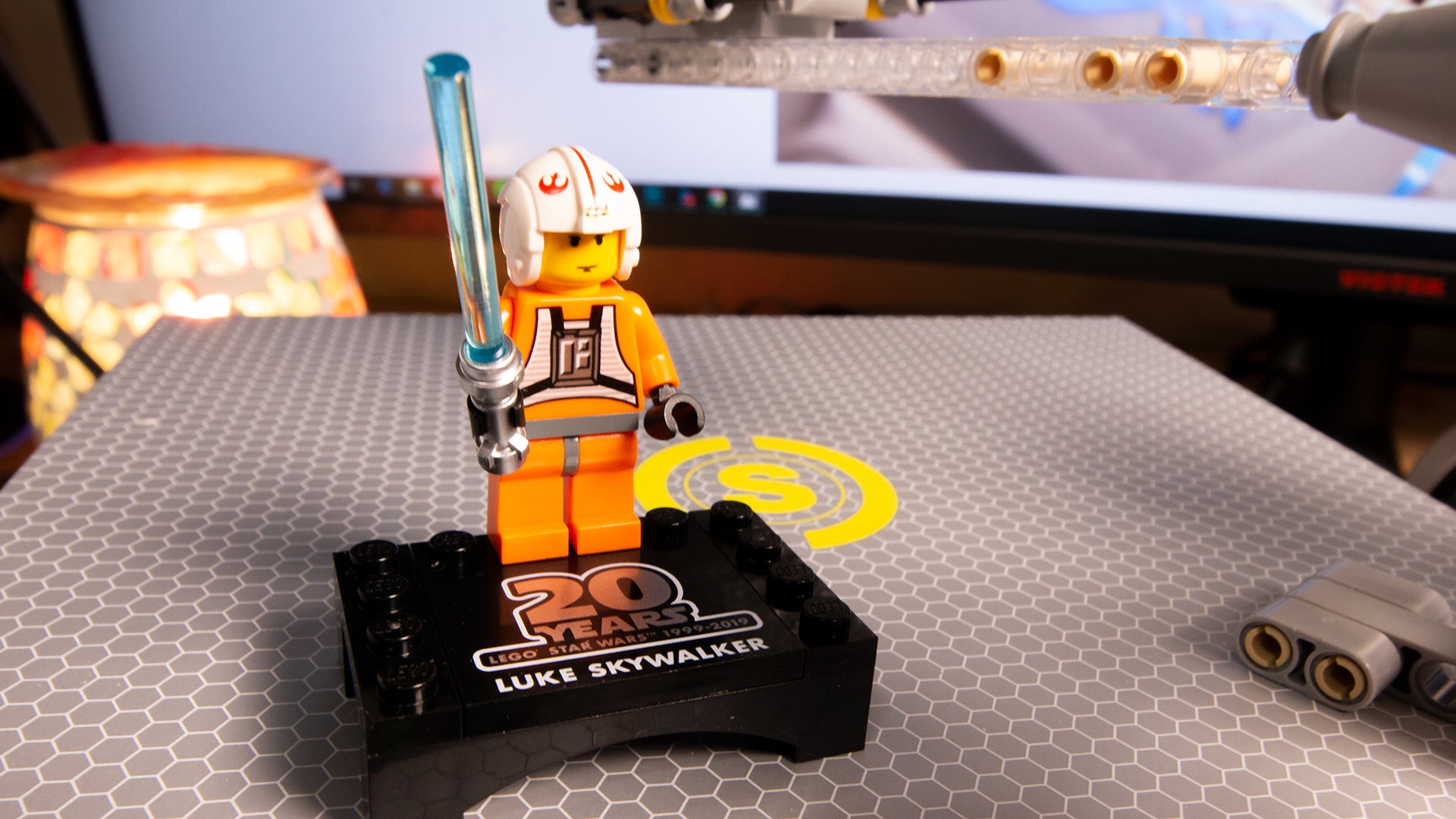 Luke is nice, but not as nice as these two lovebirds. The relationship between Queen/Senator Amidala and Anakin Skywalker was never anything but completely sweet and not creepy at all. “Are you an angel?” the borderline toddler asks the fugitive royal. So cute! 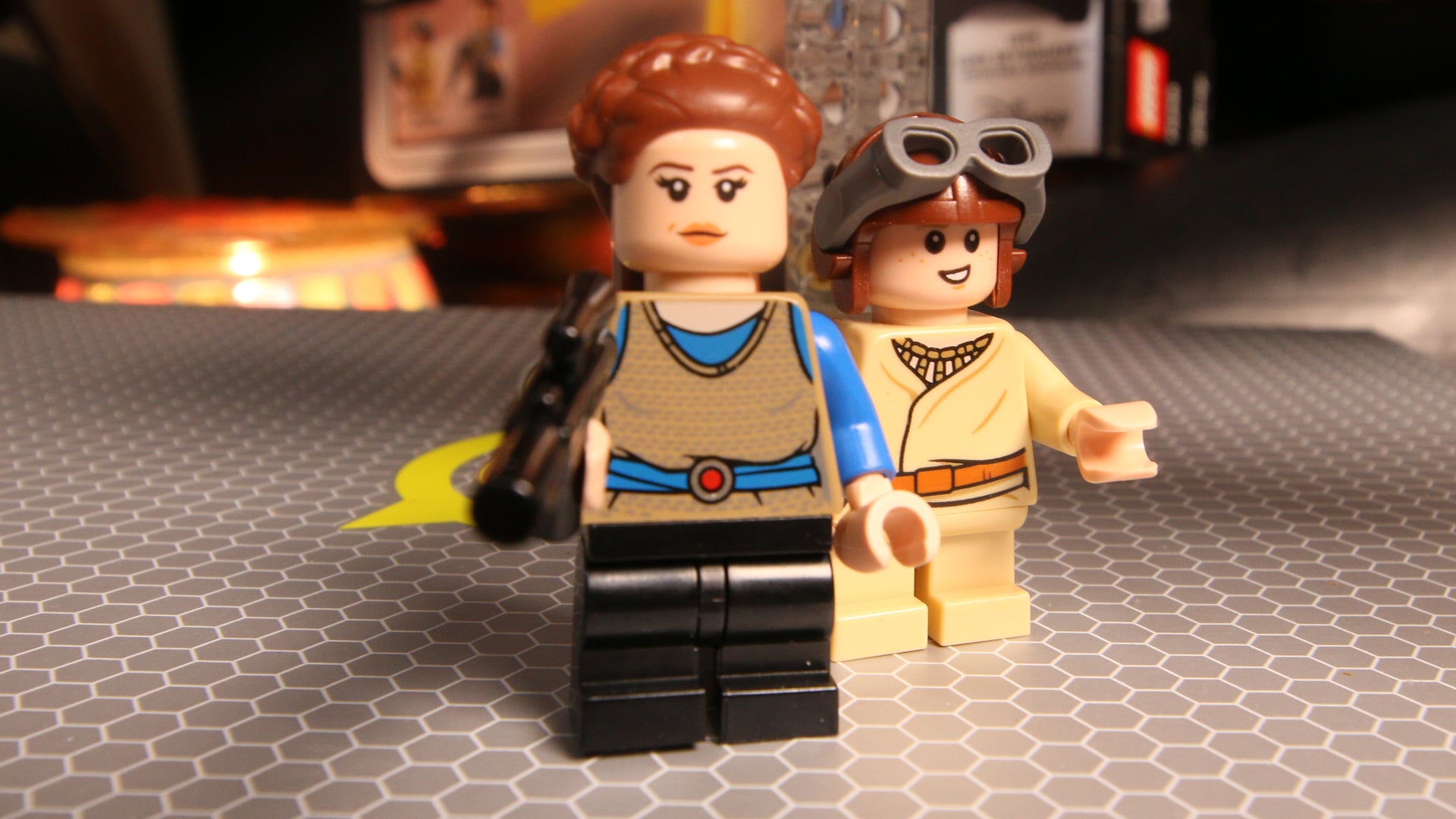 The real star of the new Anakin’s Podracer set is not a minifigure at all. In fact, you can barely see it. 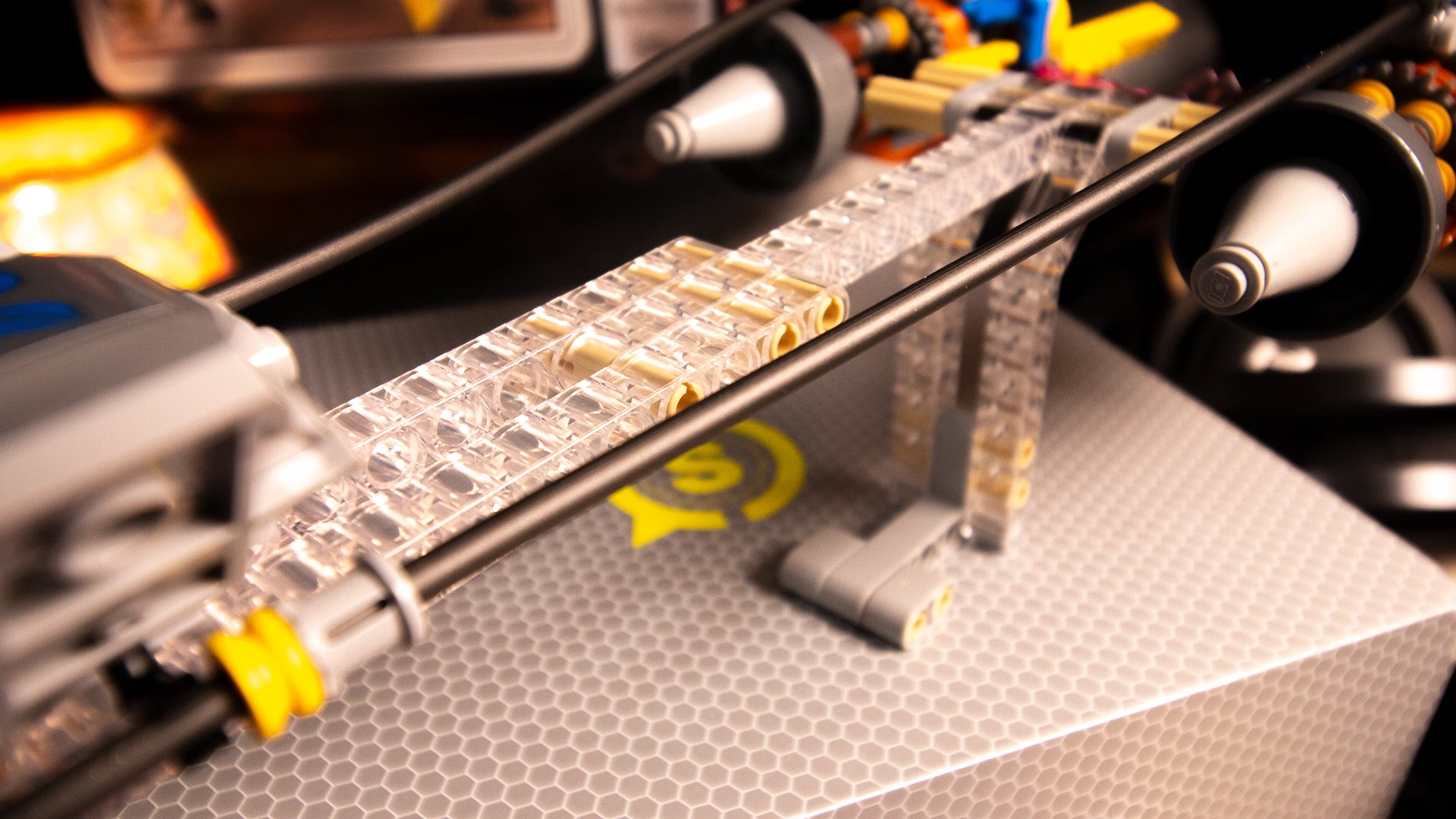 OK, obviously you can see it just fine, but the effort Lego made to use transparent rods for the hover effect this time around is commendable. Not only does the overall effect look neat, I am also astounded by the balance that the build achieves when assembled. This looks like it should fall over, but it does not. 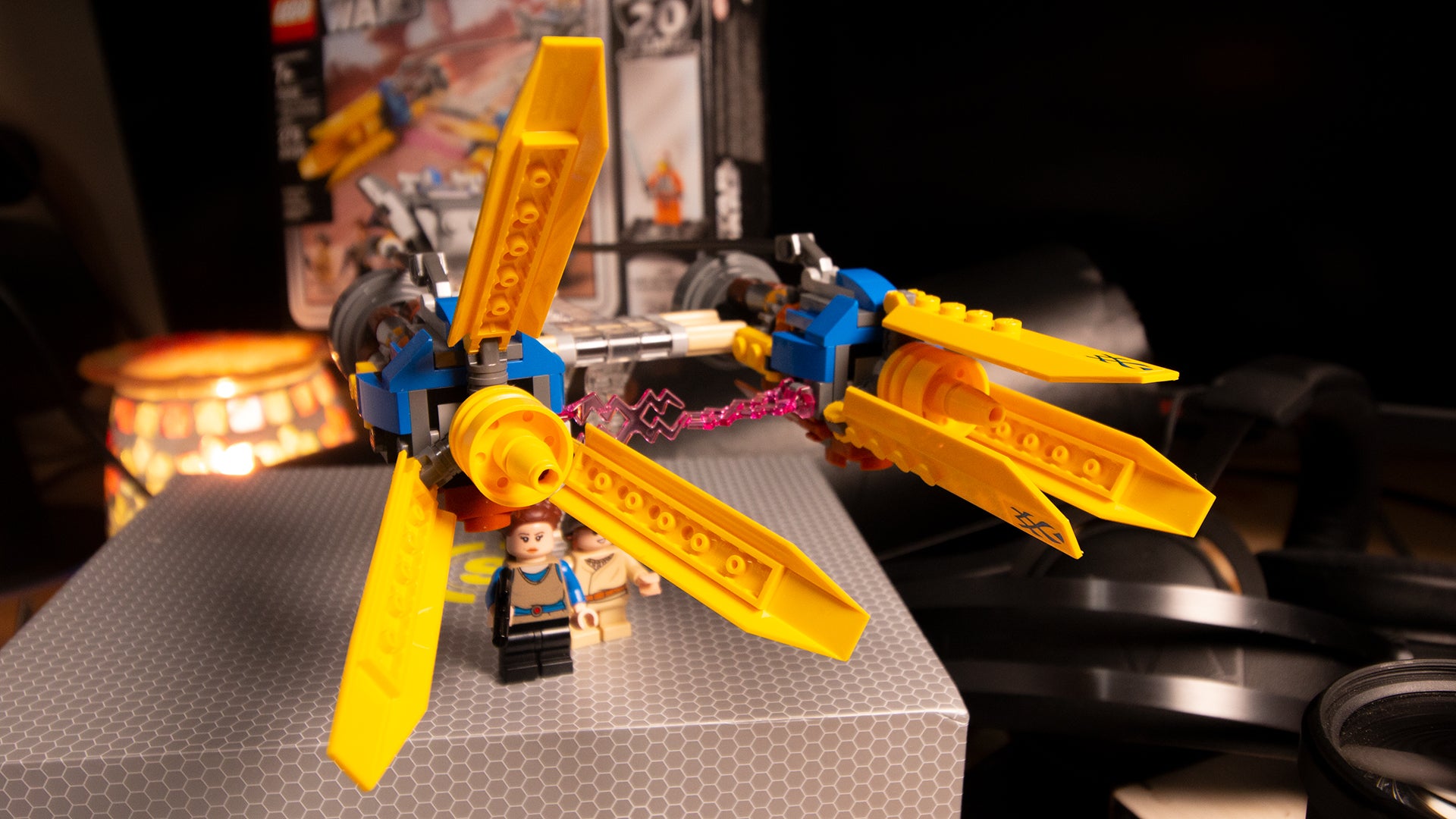 I love the use of translucent pink “lightning” pieces to act as the electrical arcs connecting the twin turbines. The original set used opaque red rods, and the effect wasn’t great. I also appreciate the intricacy of the turbines themselves. The first set’s turbines were just simple bits stacked together into a cylindrical shape. The new ones use a ton of tiny bits to make some seriously elaborate mechanical-looking constructs. 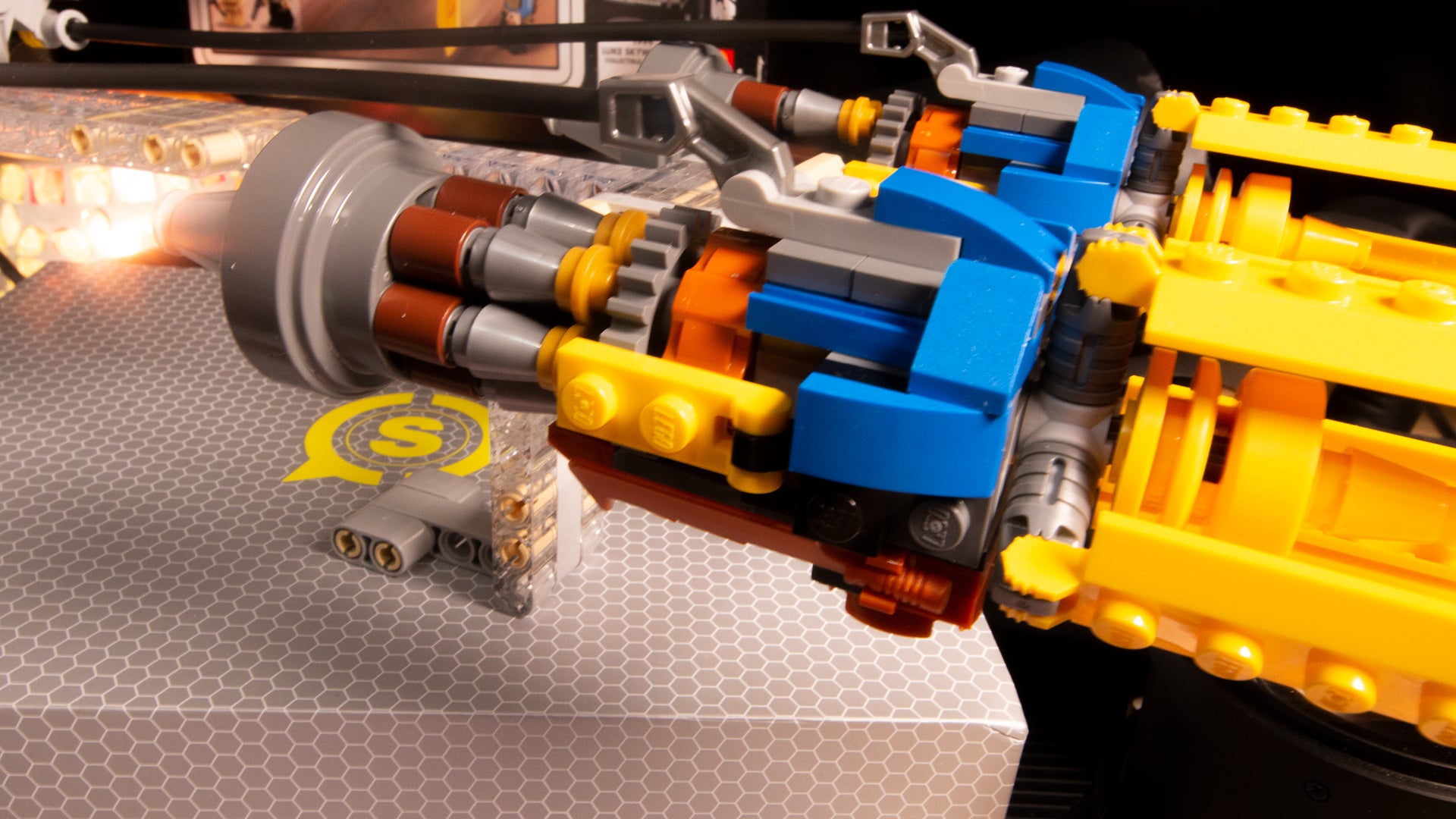 This is the kind of machine I could see a young Jedi Jesus piloting to victory, securing both his freedom and the credits needed to get Amidala’s ship fixed and Ben Kenobi’s mentor murdered. Yippee! 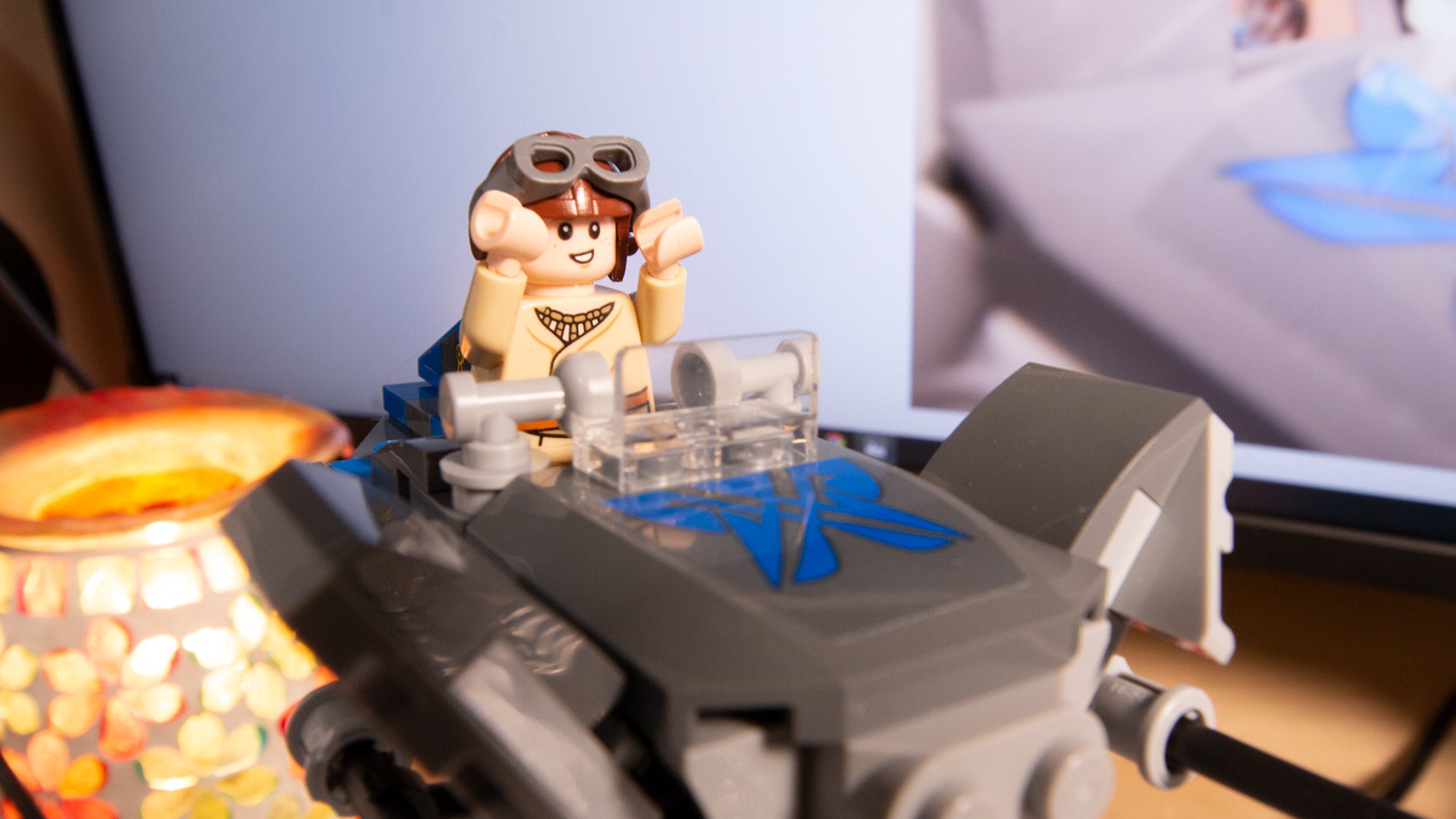 Is it just me, or is podracing cool again? Was it always cool, and I just didn’t realise it? Is it time for Star Wars: Episode I Racer 2? Yes, possibly, and yes again.