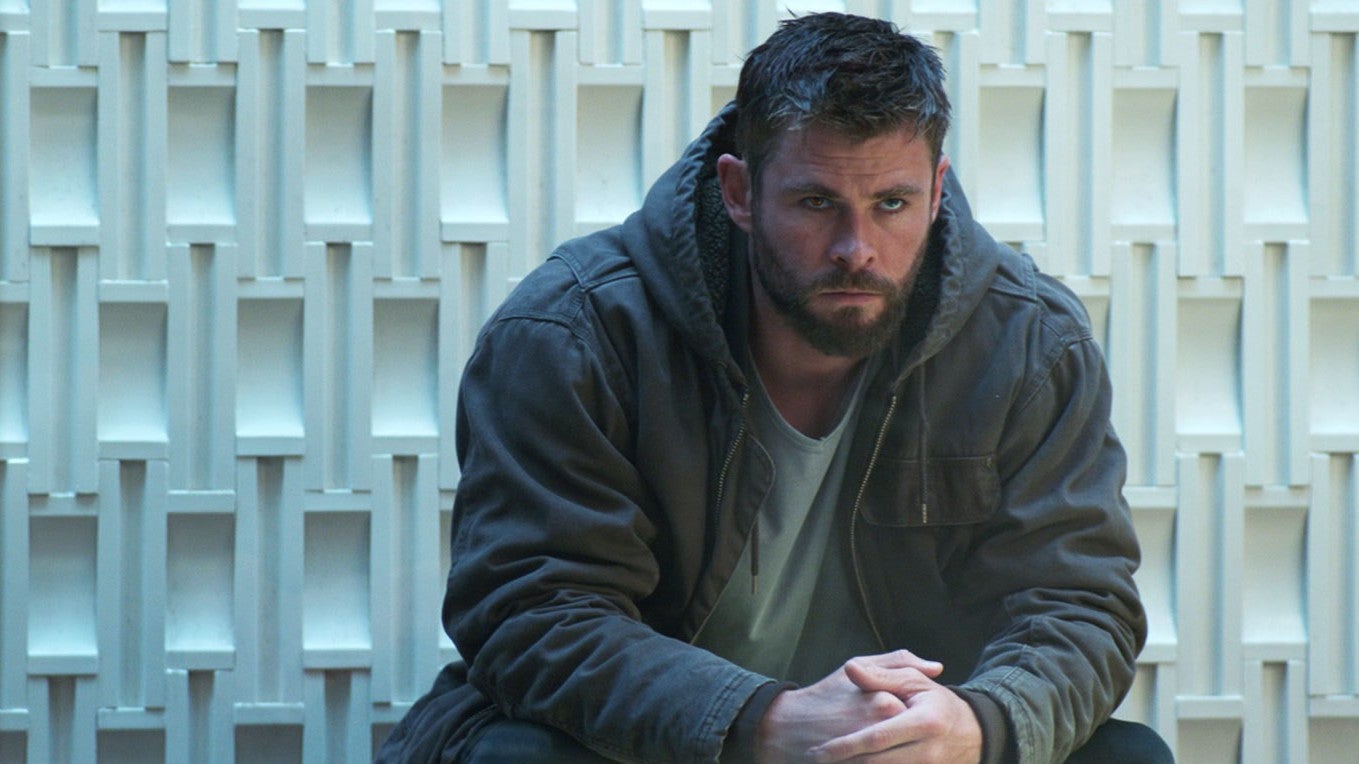 Ever since Tony Stark exclaimed “That man is playing Galaga!” during the first Avengers movie, gamers have been waiting for another video game reference to show up in the Marvel Cinematic Universe. OK, not really, but Avengers: Endgame sure did give us a big video game scene, right? Let’s talk about it.

The first chunk of Endgame shows the Avengers finally confronting Thanos, who is relaxing post-victory in his new intergalactic summer home. Our heroes tell him they want the infinity stones back so they can undo the damage Thanos did, but the big purple Titan tells them that he’s already destroyed the stones. Before anyone can fully react to this horrible news, Thor swings down his axe and chops Thanos’s head off.

Then we get a “five years later” title card. None of the Avengers have been faring well in the intervening time, Thor perhaps the worst of all. He is depressed. He’s got a sizable beer belly (Chris Hemsworth is wearing an unconvincing fat suit). And he’s a gamer now. Specifically, he plays Fortnite.

Thor’s descent into depression, and his weight gain, is presented as a joke. Rocket tells him he looks like melted ice cream. In a later scene, his mother tells her son to “eat a salad,” a hollow quip that inexplicably follows an otherwise supportive pep talk. The extent of the thunder god’s downfall is also shown in his hobby of choice, which is gaming. He doesn’t fight in the real world anymore; he fights in a virtual one.

He’s not even very good at Fortnite. There’s some kid who keeps beating him. In frustration, Thor picks up his headset and screams into it that he’s “Thor, the god of thunder,” and that he could totally kick that kid’s arse in real life, if he could only find him.

Thor turning to games when he’s in a dark place, and also his unhealthy, though characteristic reaction to failure does more to illustrate his downfall than the bizarre and unfunny fat jokes ever could. I’ve turned to video games in times of defeat and depression—it’s not an uncommon panacea.

It’s also a pastime that still requires you to learn how to deal with failure. This scene shows us that Thor still hasn’t figured that out.

Thor had already lost in real life by the time he confronted Thanos. Chopping off Thanos’s head presented the illusion of achievement, but not a satisfying one. Seeking a more tangible reward, Thor turned to video games. Maybe sometimes he wins. But this Endgame scene highlights a moment in which he loses, and refuses to accept that he has lost. It’s a moment that’s both funny and sad in the exact way that it needs to be.

In his real life, Thor hasn’t actually lost as much as he believes that he has. Some of the Asgardians are still alive. Valkyrie is right outside, doing the leadership work that Thor refuses to do. And the rest of the Avengers have cooked up a cockamamie plan to get the infinity stones back after all. But Thor is busy playing video games. And he can’t even do that right.

It’s too bad that this poignant scene happens in the midst of a collection of tired stereotypes of gamers: fat, lazy, surrounded by chip bags. Thor’s plotline almost manages to speak to some core truths about depression and turning to games in times of darkness, but then it whiffs the landing in favour of tired fat jokes. Still, though, it’s a lot better than that one Galaga reference.