In the most recent State of The Game stream, it was revealed why the starting gear in The Division 2 has strange text descriptions. It turns out these bits of text were written by a veteran of the Swedish military and are inspired by his experiences in the army.

Every week, Ubisoft does a stream about The Division 2 called State Of The Game. In these streams, developers explain future updates, answer fan questions, joke around with the community and more.

On the most recent stream, the topic of the starting gear was brought up. Specifically, the description text on the items players have equipped when first starting the game with a new character.

The starting gear includes gloves, kneepads, and more. Most players, including myself, didn’t pay much attention to the starting gear and just switched it out with new gear the moment we found something better. But if you take a moment you will find the items have odd descriptions. 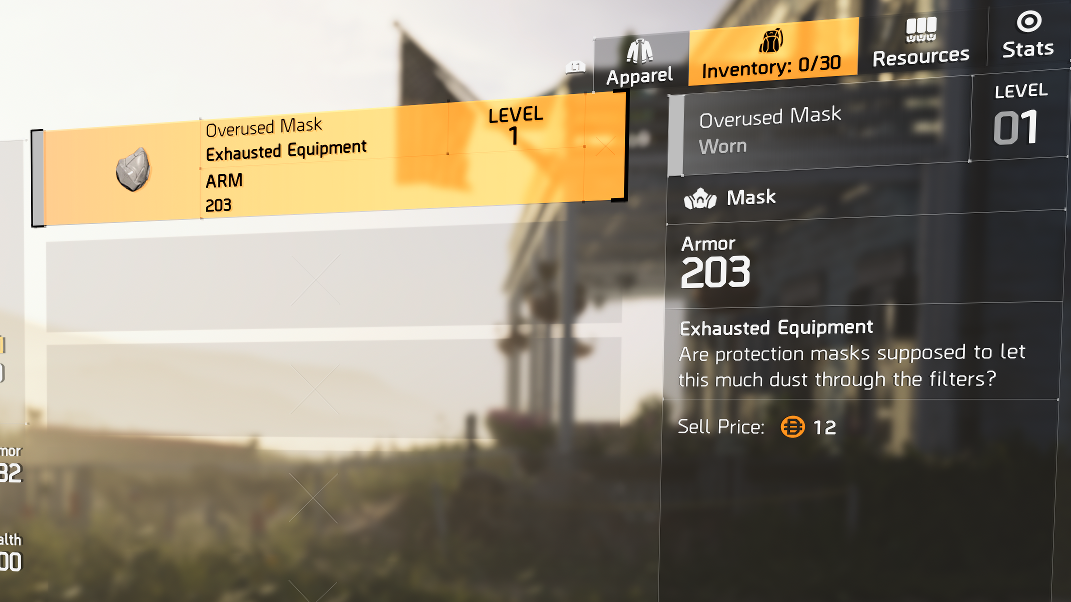 For example, the gas mask says “Are protection masks supposed to let this much dust through the filters?” 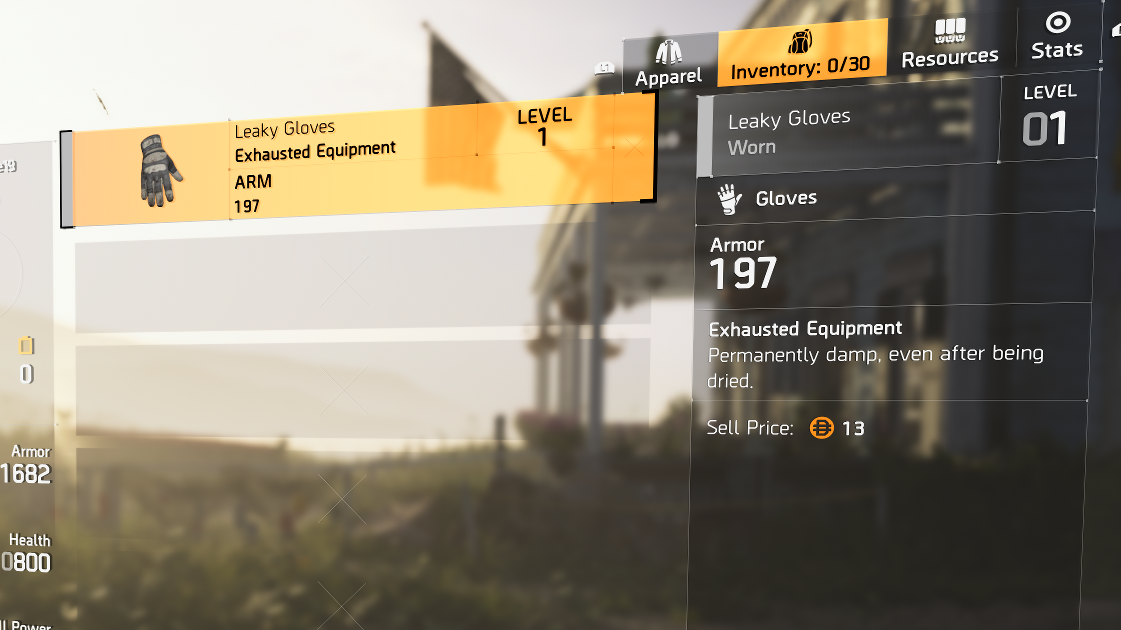 The starting gloves have a similarly odd description, “Permanently damp, even after being dried.” While these descriptions might seem random, they are in fact based on true stories that a developer, Rasmus Kunstlicher, on The Division 2 experienced while serving in the Swedish military.

Kunstlicher served for 11 months in the Swedish military and also did a tour in Afghanistan. During his time in the service, he dealt with army issued equipment that wasn’t reliable.

Their combat gloves, in particular, caused him and his fellow soldiers’ frustration because they were always wet and damp, even when left out by a campfire. They didn’t understand why. Other problems he experienced included kneepads that always slid down his leg and protected his shins and uncomfortable backpacks. “My knees will never be the same, god, all the gravel in our training grounds,” said Kunstlicher during the stream.

“Not all the stuff was that bad. Some of it was ok,” explained Kunstlicher. “We didn’t get to use it. But we knew it existed.”

I took screenshots of all the starting gear and included them below for players curious about what each description says on the different pieces of equipment. 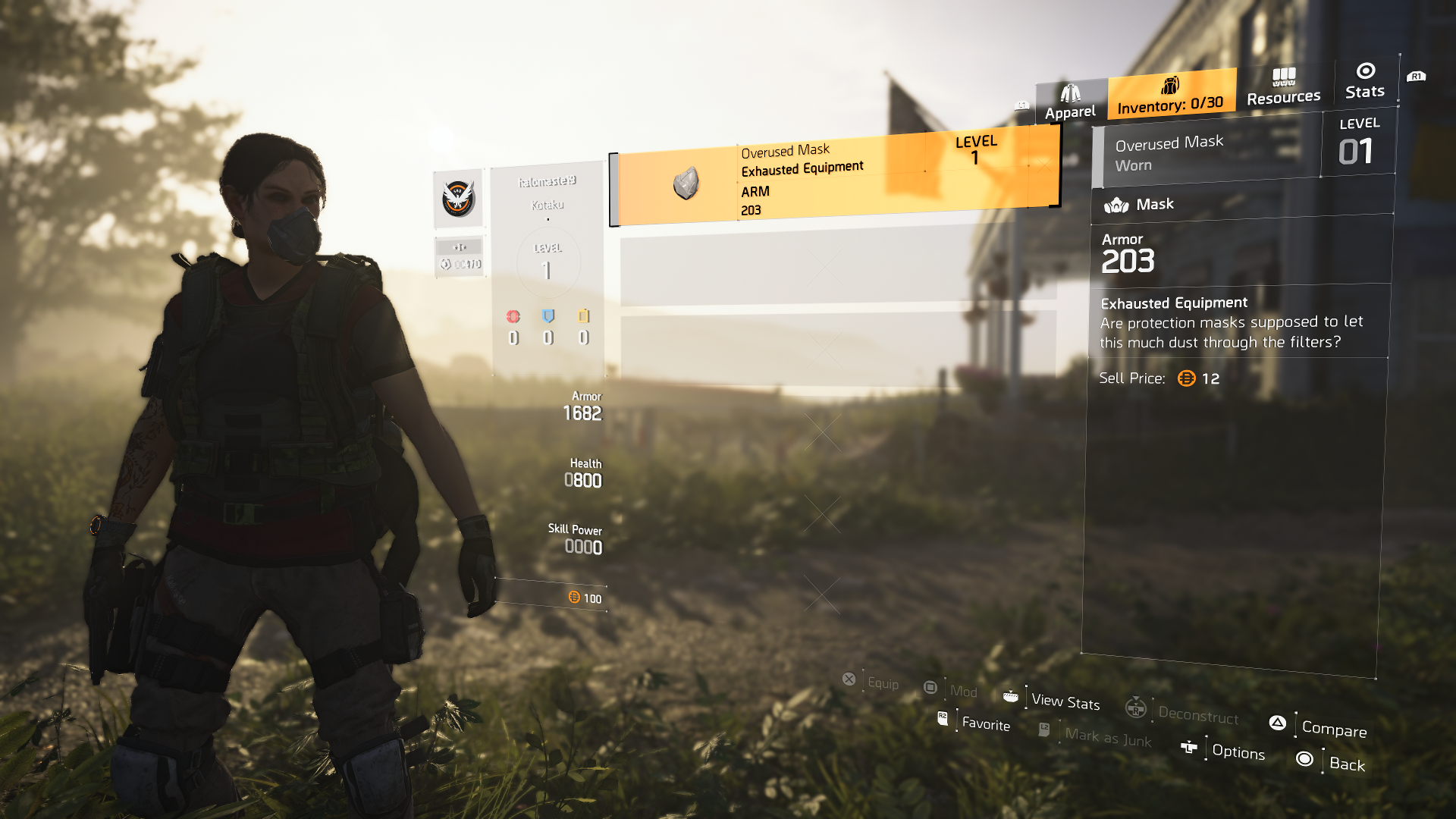 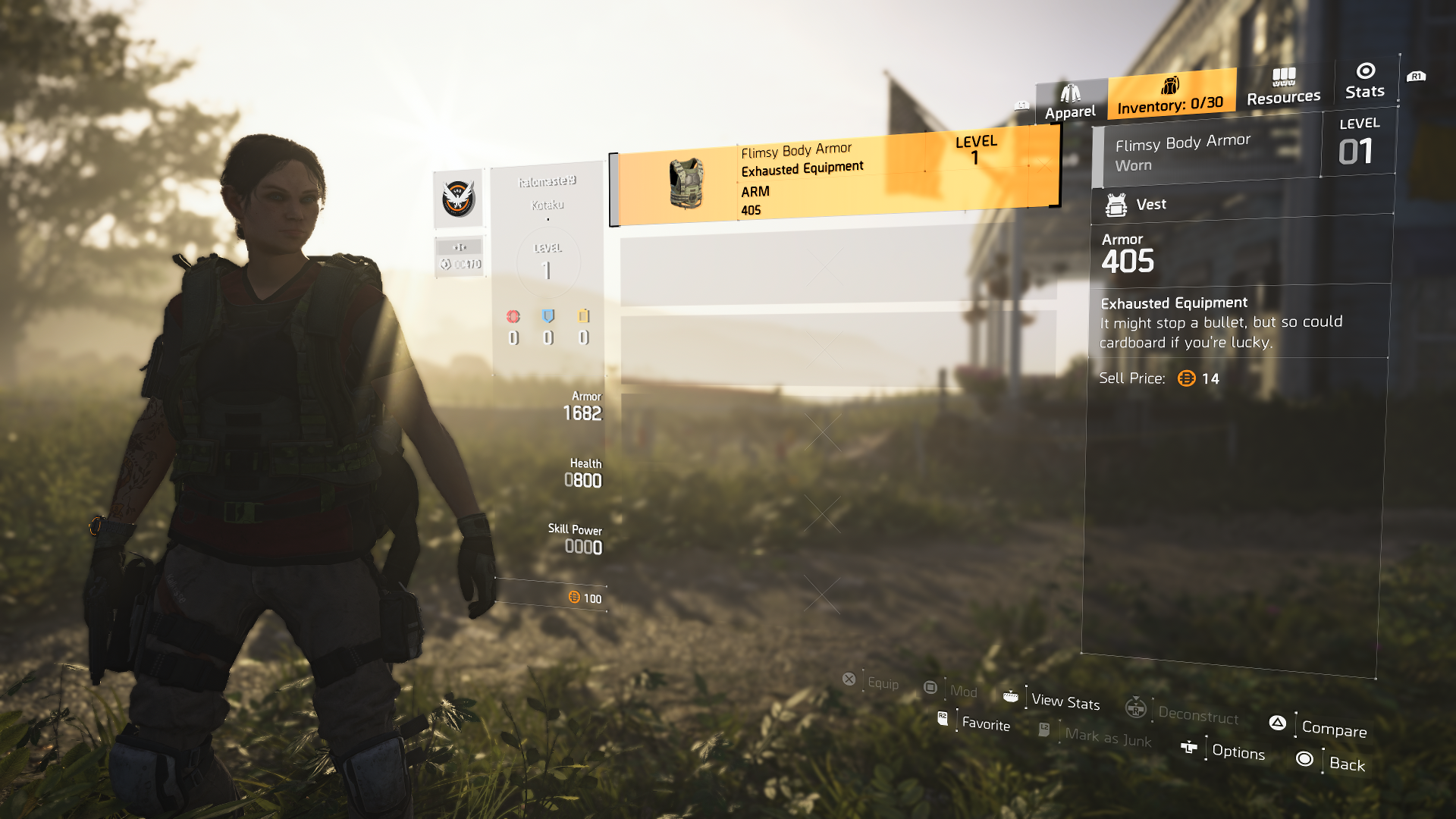