The Games We Wish Would Get Remastered

remasters
To sign up for our daily newsletter covering the latest news, features and reviews, head HERE. For a running feed of all our stories, follow us on Twitter HERE. Or you can bookmark the Kotaku Australia homepage to visit whenever you need a news fix.

There’s plenty of titles that deserve to find a new audience, or even just a fresh coat of paint. But whether its due to licensing issues, problems with the original source code, a lack of supposed interest or just being forgotten through the passage of time, there are tons of games still begging for a remaster.

Having moved into a new office with tons of fresh faces – and people staring at their Switch for new things to play – I did a quick whiparound of the office. What games would everyone love to see brought back to life? Within seconds, I was inundated with replies.

Croc: Legend of the Gobbos

We might have Spyro, Crash and a wealth of retro-inspired platformers. But where is the adorable Croc, the cutesy-crocodile with one tooth trying to save Gobbo Valley? Croc was made by the same studio behind Star Fox – Argonaut – and the game was eventually released on PS1, the Sega Saturn and a year later, on PC.

“It was this giant crocodile who would run around and you had to make it through levels,” Melissa, who nominated Croc, said. What’s worth mentioning is that Croc had some particularly odd controls. Circle would flip Croc around, and left and right only rotates the characters – it doesn’t actually strafe like most games. Left and right also invert when you’re in the air, which is … weird.

If Croc got remastered today, that’s definitely something that should be changed.

In a world of gyro-powered Switches and AR Pokemon games, how do we not have a new Pokemon Snap? The photography-centric game, where players focused on a Pokemon’s poses or encouraging them to come on camera at all, was the equivalent of going on a virtual Pokemon field trip.

There’s so many ways the game could be reinvented or remastered today – Pokemon Snap in VR, with the Switch using the gyroscope to aim the camera, using the Joycons for gestures to calm down and encourage Pokemon to venture out, or even another AR spin-off of the series.

Magic Carpet (but in VR) Magic Carpet – nominated by Lifehacker’s Chris – is one of those classic Bullfrog games. Unlike Dungeon Keeper, Theme Park, Theme Hospital to a degree, and even Syndicate though, Magic Carpet doesn’t hold up that well today. It’s visually restrictive, isn’t well explained without a manual, and the controls can be hard to pick-up from the off.

But we’re talking about a game from the early ’90s. What Bullfrog achieved with Magic Carpet was remarkable for its time. You’ve got a huge open-ish world, relatively stable frame rate, water effects, movement physics, explosions and freeform targeting in a time when Wolfenstein 3D, DOOM and Dark Forces were kings of the roost.

As seen with Resident Evil 2, remasters are a fantastic opportunity to update a game’s controls and systems to make them a little more palatable in the modern age. Magic Carpet has an incredible base from which a game could be built in 2019, and it’d be amazing to see what a studio could do. Chris would love to see Magic Carpet in VR, which is totally possible too, although I think you could take the series a lot further than that with the power of modern engines.

Titanic: Adventure Out Of Time

As someone who grew up playing a lot of FMV adventures and point-and-click games with family, I totally understand the huge appeal of the classic stories from the ’90s. And it’s not the first time someone has mentioned the Titanic adventure around the Kotaku offices before. When Titanic: Honor & Glory was announced a couple of years ago, all work basically shut down across our three sites as people started geeking out about random historical accuracies on the ship.

There's A Titanic Video Game, And It Is Legit

Did you know there's a new Titanic video game? If you didn't, you might enjoy knowing that one is coming out next year. It's being built in Unreal Engine 4, and according to our resident Titanic experts in the office, it is legit AF.

A demo for Titanic: Honor & Glory, if you’re interested, can be found here. There’s a Vive/Rift version, too. I mean, surely Atlus are already working on this for the Switch. The interest in Persona 5 alone would make the project worth it. But the old Persona games blown up and given a new coat of paint and some anti-aliasing would be a banger of a second-screen game.

A banger of an RPG from ’93 that probably won’t end up on the Sega Mega Drive/Genesis Mini later this year, Landstalker was an isometric RPG featuring a treasure hunting elf. Helped by a tiny partner Friday, and some decent controls for its time, Landstalker was an underrated title with a heavy focus on platforming.

The game was from that annoying PAL/NTSC era of games, although it has been reemulated and released through Steam. It could definitely use a bit of a graphical refresh – blowing the camera out a little, making everything a little more proportionate, and freshening up the UI a little. Landstalker was a character-driven game, so there’s a lot that could be done with that in 2019, too.

This is an instance where I’d want as straight a remaster as possible – sharpening of textures, modern compatibility, as much of the original soundtrack as possible, and pretty much that. EA has had a crack at bringing the Underground formula back in various ways, most recently with Need for Speed in 2015, but it’s never quite stuck. Just give me the original – or both games in a double-pack. That’d sell like hotcakes.

Kula World came out for the PS1 back in ’98, with players navigating a beach ball through about 200 levels. The puzzler was re-released as a classic title for the PS3 and Vita back in 2007, but not much has been seen of it since.

It’s the kind of game that would fit rather nicely on iPads and mobiles today, with a bit of an art rework. The option for co-op is neat as well, but even some sharpening of textures and blowing out some more levels would make for a good couch co-op Switch game.

Jason reckons that Suikoden 2 is still one of the best RPGs ever made, so I’m not hugely surprised that a few people in the office are holding out for a remaster. “I printed out a copy of the entire walkthrough and had a folder with notes … the only other game I ever had a connecting [with] like that was Red Dead Redemption,” Gordon, our in-house designer, mentioned.

People love the shit out of Suikoden 2. Why wasn’t it on the PS Classic, Sony? Either way, Konami really needs to get off its arse and bring this game back to life somehow. A Switch port would be a good start, especially since there’s a whole generation of gamers who won’t get to enjoy this.

I always have a soft spot for Crazy Taxi, which was like a combination between GTA, Tony Hawk and Midtown Madness. It’s playable again on phones for free, complete with songs from The Offspring and Bad Religion. It’s available on Steam for $9, but it’d be nice to see SEGA dust the game off completely and do something fresh with that time-limited, racing-style atmosphere.

Similar to Crazy Taxi in a way, Quarantine was a game about a dystopian world where you drove an armoured cab in the future, armed to the hilt with miniguns, spikes and rockets. Because crime is an epidemic, the city agrees to let a megacorporation come in and test a secret chemical to deal with the problem.

Naturally, they test that chemical on the population and everything goes to shit. So you end up with a city full of crazed lunatics and, from time to time, citizens who need to get from point A to point B safely. The sequel was a vastly better game, with the player travelling from the desert to the city, but the general idea of an armoured taxi that goes around doing missions is a hell of a lot of fun. Personal favourite of mine growing up, even if it really wasn’t that good.

The strategy treatment has done wonders for all kinds of franchises, but perhaps the most interesting about-face was the Mega Man series. Megaman Battle Network Series was a spin-off series that started on the Game Boy Advance, featuring an alternate reality Mega Man world where Lan Hikari and his NetNavi go around the real and virtual worlds solving crime.

Network Series started out as a horror game, with the developers putting together a prototype that linked to your heartbeat via a wearable device. But as card games started to become more popular, and the original idea became too unwieldy, the devs started to change tack towards a card game that only Capcom could make.

The series spawned six games for the GBA, along with Rockman.EXE Operate Shooting Star which was never released in the West. I don’t know whether all the games would be worth a remaster, but at least the first two or three would be a blast to play again.

Morrowind or Oblivion (on the Switch) 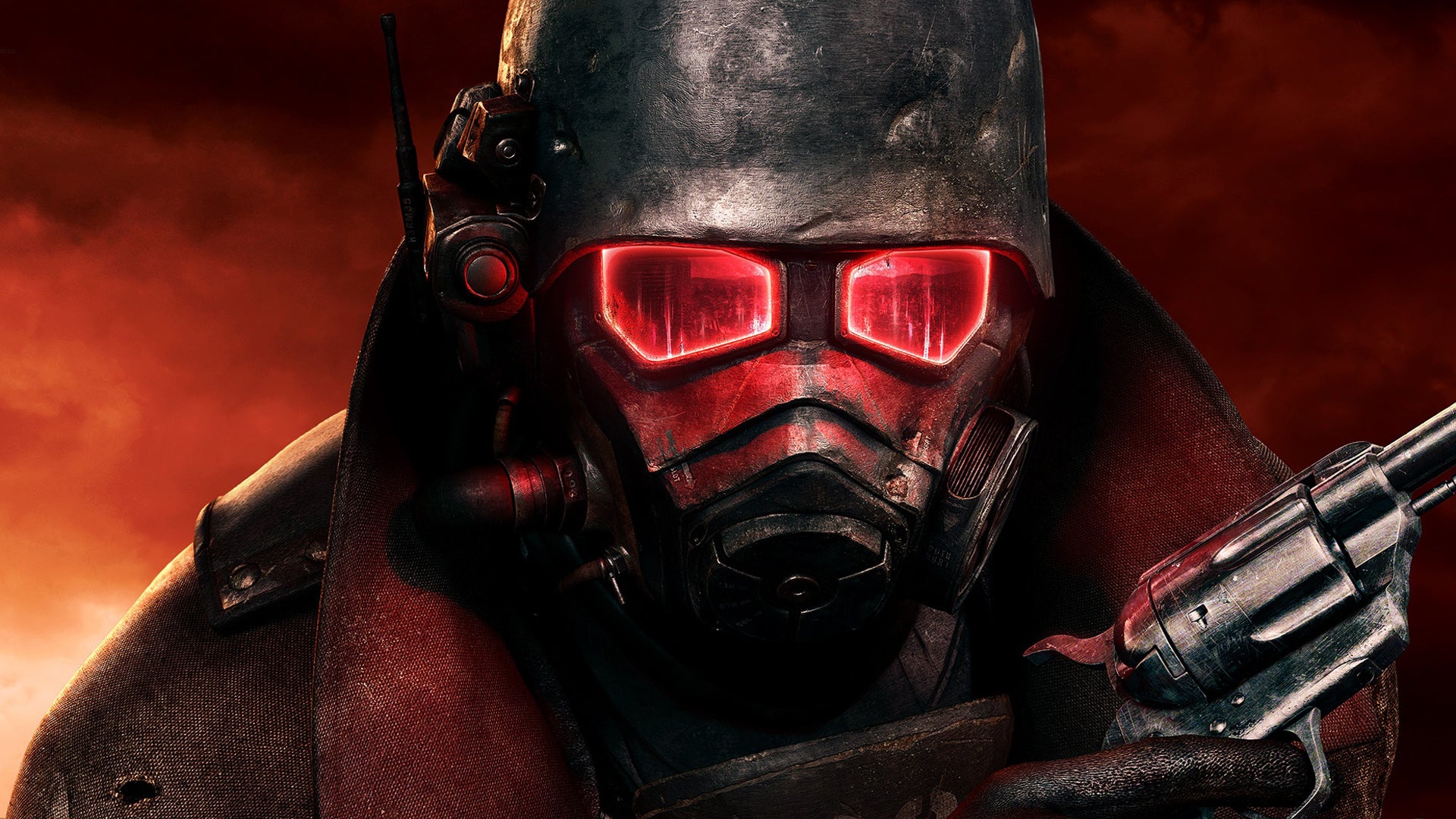 And while we’re at it, can we get New Vegas going on the Switch as well? Thanks Bethesda/Obsidian. A banger of a chilled puzzle game from 1990, Heaven & Earth is the sort of meditative game that would be a delight to play again today. The card, pendulum and various puzzle mechanics wouldn’t be too difficult to replicate, particularly with touch controls.

The amount of people who tuned into the 24/7 Bob Ross marathon on Twitch was fascinating, but perhaps not quite as much as the realisation that soon followed. Bob Ross, as it turns out, is wonderfully compatible with the intense, volatile world of gaming, as Twitch Creative quickly gathered a legion of followers tuning in for a meditative session with some Prussian Blue and Sap Green. But the spirit of Bob Ross has been living in video games for a long time. And it's perhaps best illustrated in Heaven & Earth, a puzzle game released in 1992 that's since been released as freeware.

What would you like to see brought back to life?