The Many Incredible Faces Of Shazam, And More Of The Most Marvellous Toys Of The Week

Welcome back to Toy Aisle, our weekly roundup of all the coolest new toys we’ve seen online. This week: Shazam gets some truly incredible faces to pull. Far From Home’s toys get a little closer to home. Two of Pokémon’s most iconic characters can charge your phone. Plus, the Golden Girls! Wait, what? Check it out! 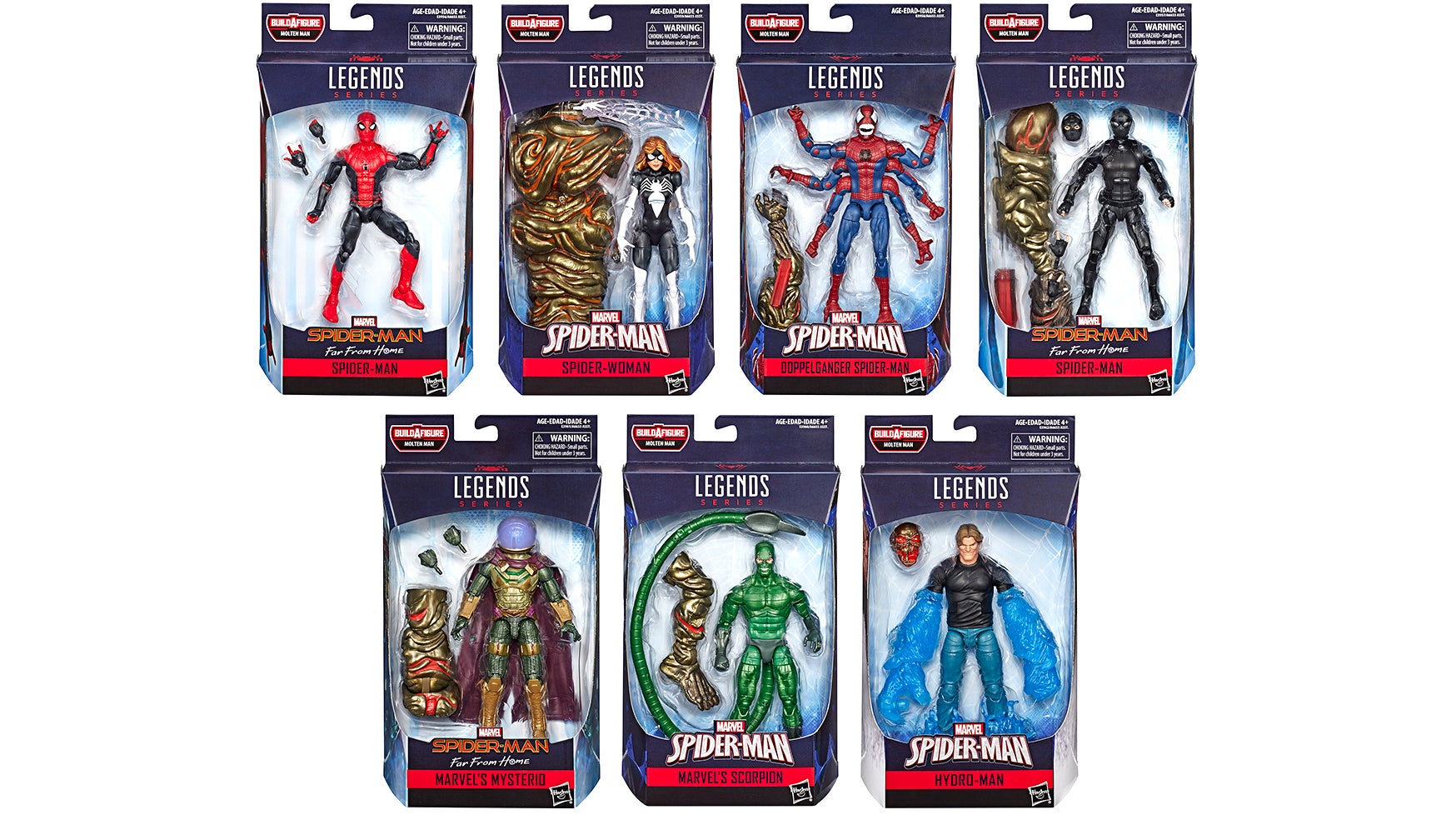 Now that Endgame is finally out, we can focus on what matters most: toys for the next Marvel movie! Hasbro’s lifted the lid on its line of Marvel Legends 15cm toys for Spider-Man: Far From Home, and they have us believing more and more in just how good the film’s take on Mysterio is going to be. Just look at that dome! That glorious, glorious dome!

Only three of the wave’s seven figures are actually based on the film — the aformentioned Mysterio, and two Spider-Man figures based on the new outfits Peter wears in the film: the all-black stealth suit, and the darker-toned new take on his Homecoming costume. Getting those figures, as well as ones based on the comic book versions of Hydro-Man, Scorpion, Spider-Woman, and Doppleganger Spider-Man will net you all the molten, golden, and very mushy looking parts needed to build a plus-sized Molten Man figure.

DC Comics has managed to turn things around with recent movie adaptions of its most iconic comic book properties. Wonder Woman led the way, followed by Aquaman, and now Shazam!, which doesn’t take itself as seriously as all those Superman and Batman flicks did.

Part of the credit has to go to Zachary Levi’s playful performance, which Medicom manages to almost perfectly nail with its recently revealed MAFEX figure. Officially available in February of 2020, the figure includes fun accessories like a smartphone, a soda can, and three swappable heads with varying expressions. 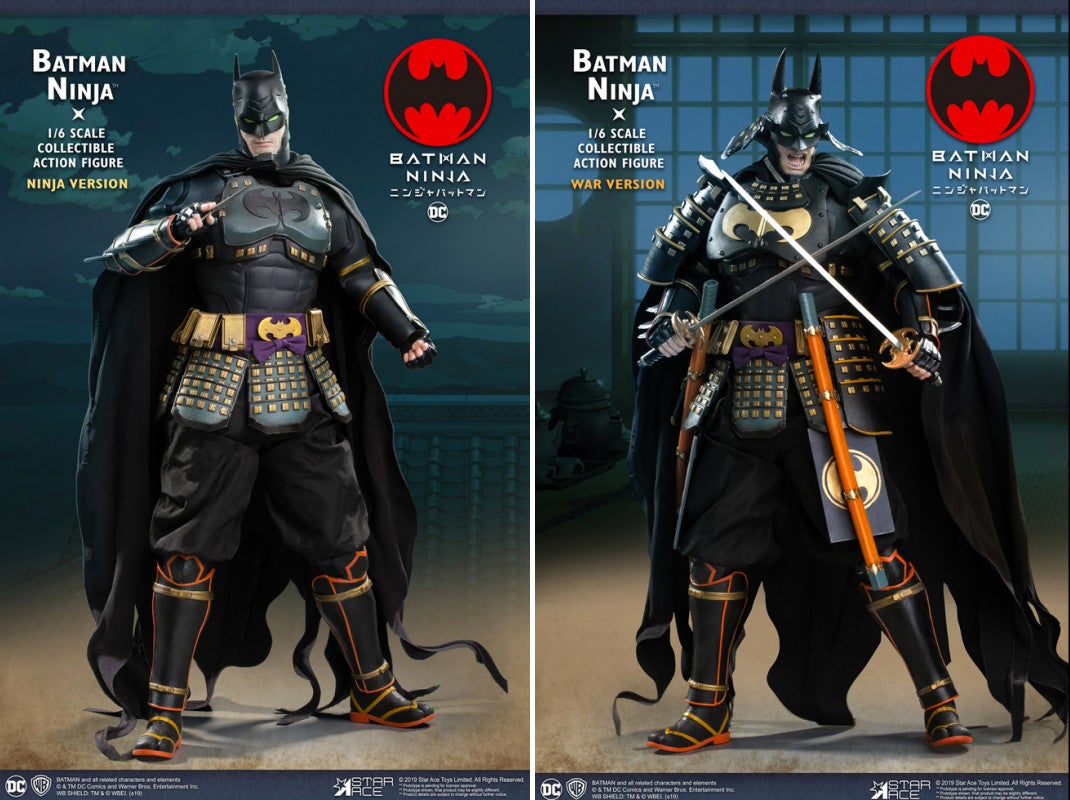 Batman Ninja is still one of the wildest cinematic interpretations of Batman we’ve gotten in a good long while — and what better way to celebrate the ridiculously immaculte ninja gear Batman dons in this movie than with Star Ace’s new 1:12 scale recreation? It even manages to capture the matte look of the CG animation from the film!

Two versions are up for grabs: the “War Version” Batman first wears riding into battle against the time-travelling Joker and his cronies when he lands in Sengoku Japan, and then the “Ninja Version” of the movie’s title, the stripped-down take after he sheds much of his war armour and really starts fighting the clown prince of crime properly.

The War Version is essentially both looks in one, as you can modify the armour of it to create the Ninja look — and it comes with a couple of extra hands and swords, so it’ll set you back another $30 on top of the $240 asking price of the Ninja version if you want it. [h/t Toyark] 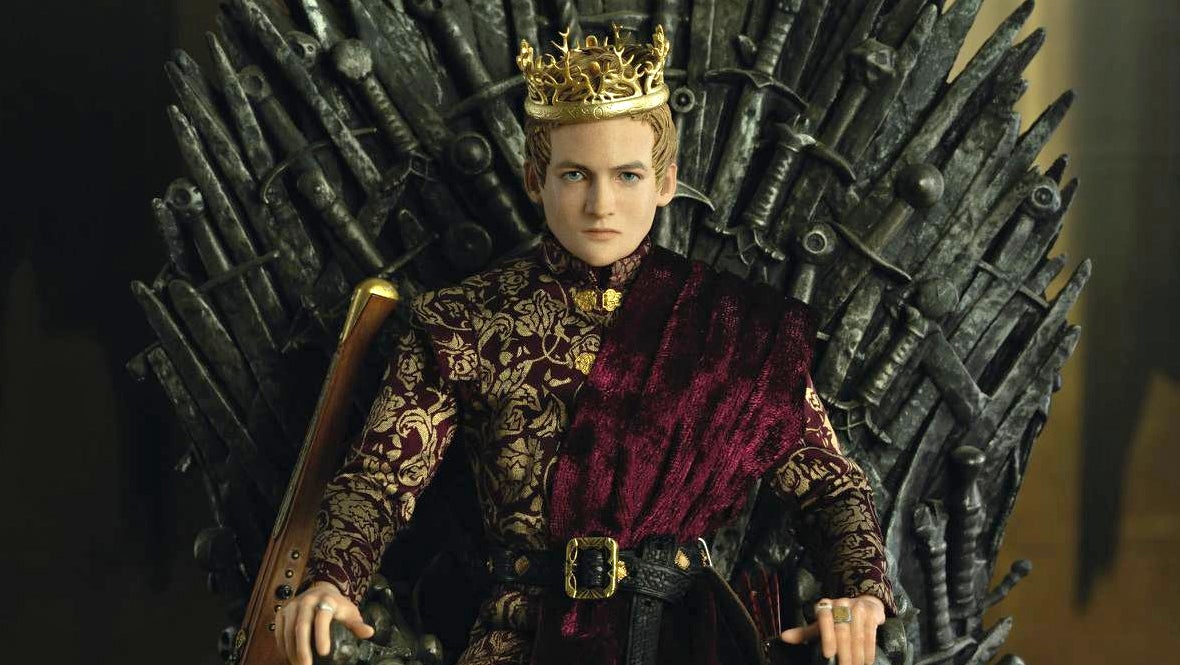 Do you remember the last time you cheered a TV character’s demise? There’s a good chance it was while watching Game of Thrones, and involved the gruesome final exit of the easy-to-loathe King Joffrey Baratheon.

If for some reason you feel the need to have Joffrey’s icy, sociopathic stare glaring at you from a corner of your desk, ThreeZero has teased its upcoming sixth-scale Joffrey Baratheon figure. There’s no pricing or availability details just yet, but ThreeZero has confirmed that unfortunately the Iron Throne isn’t an included accessory. 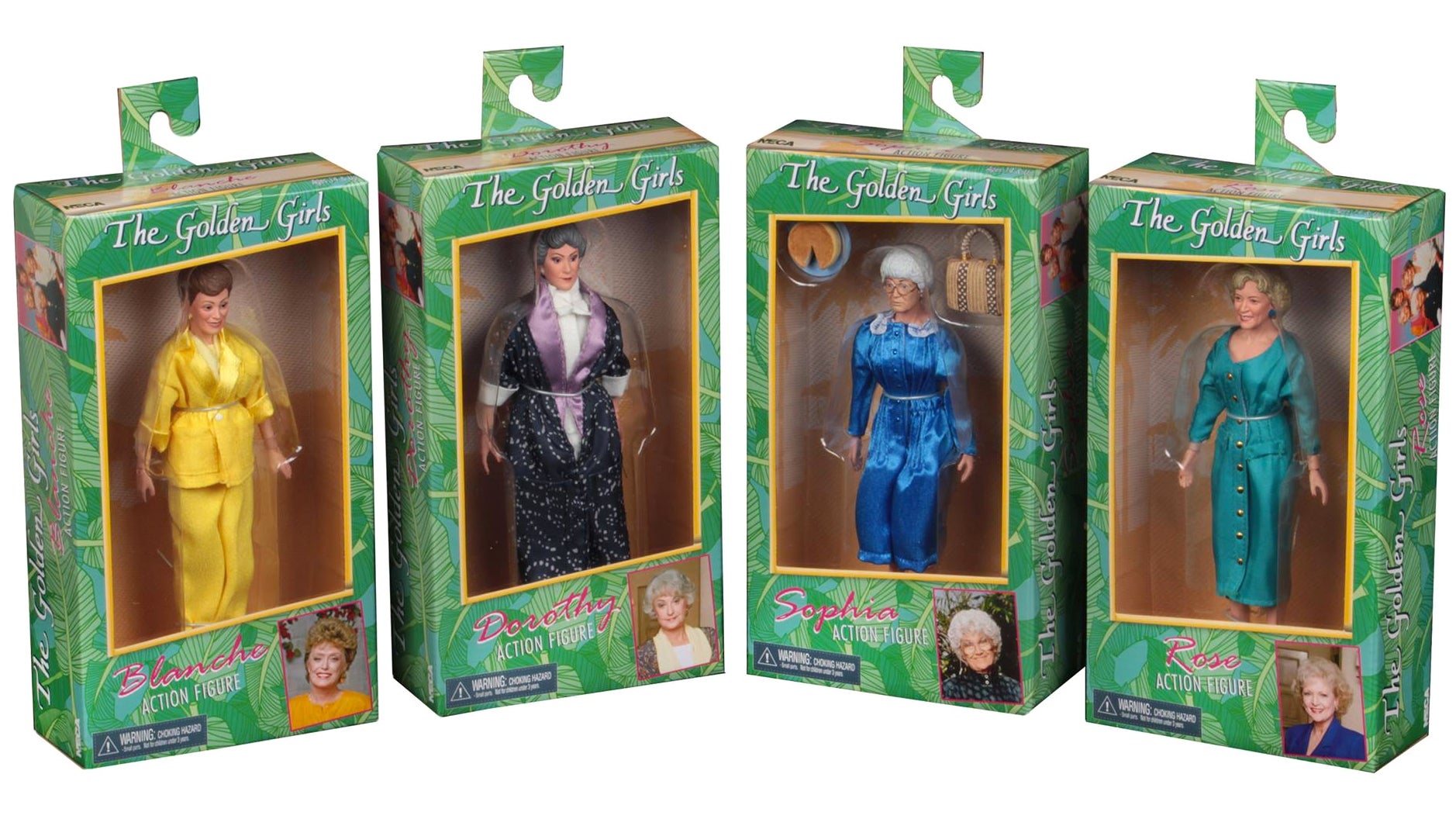 Marvel was so paranoid about Avengers: Endgame spoilers leaking that its line up of action figures and toys for the film was disappointing at best. At this point we’re far more excited for NECA’s eight-inch Golden Girls figures, which the company teased again with a look at the collection’s final packaging.

Blanche, Dorothy, Sophia, and Rose were first officially revealed at last year’s San Diego Comic-Con, but are expected to finally go on sale in June. 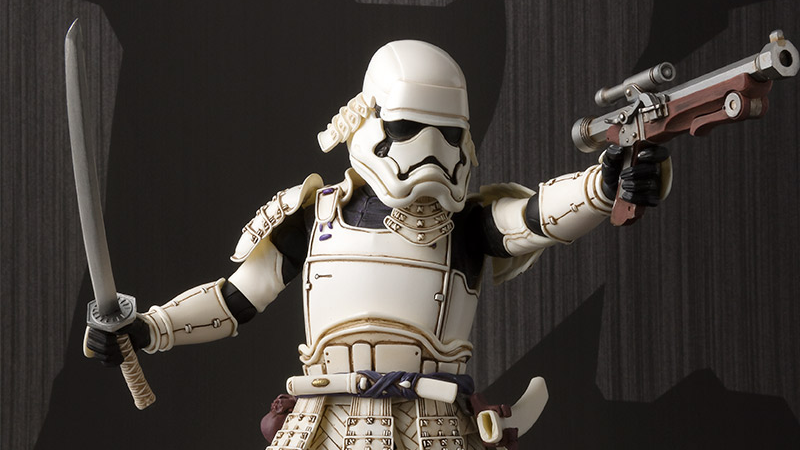 Bandai’s “Movie Realisation” line of Samurai-style Star Wars figures has been leaning more and more into the realm of the sequel movies, since we’ve already gotten takes on original trilogy classics like Vader, Boba Fett, and the Stormtrooper (in so many versions!). Now that Bandai’s already given us Captain Phasma and Kylo Ren, it’s time for their ranks to be beefed up with an army builder of their own.

The First Order Ashigaru Stormtrooper is, just like the usual First Order Stormtrooper, very similar to the Imperial version — it’s only really in the mask and the slightly different blaster that you can tell the difference. Still, it’s enough of one for Bandai to ask for roughly $85 when it hits shelves in Japan this September. [Toyark] 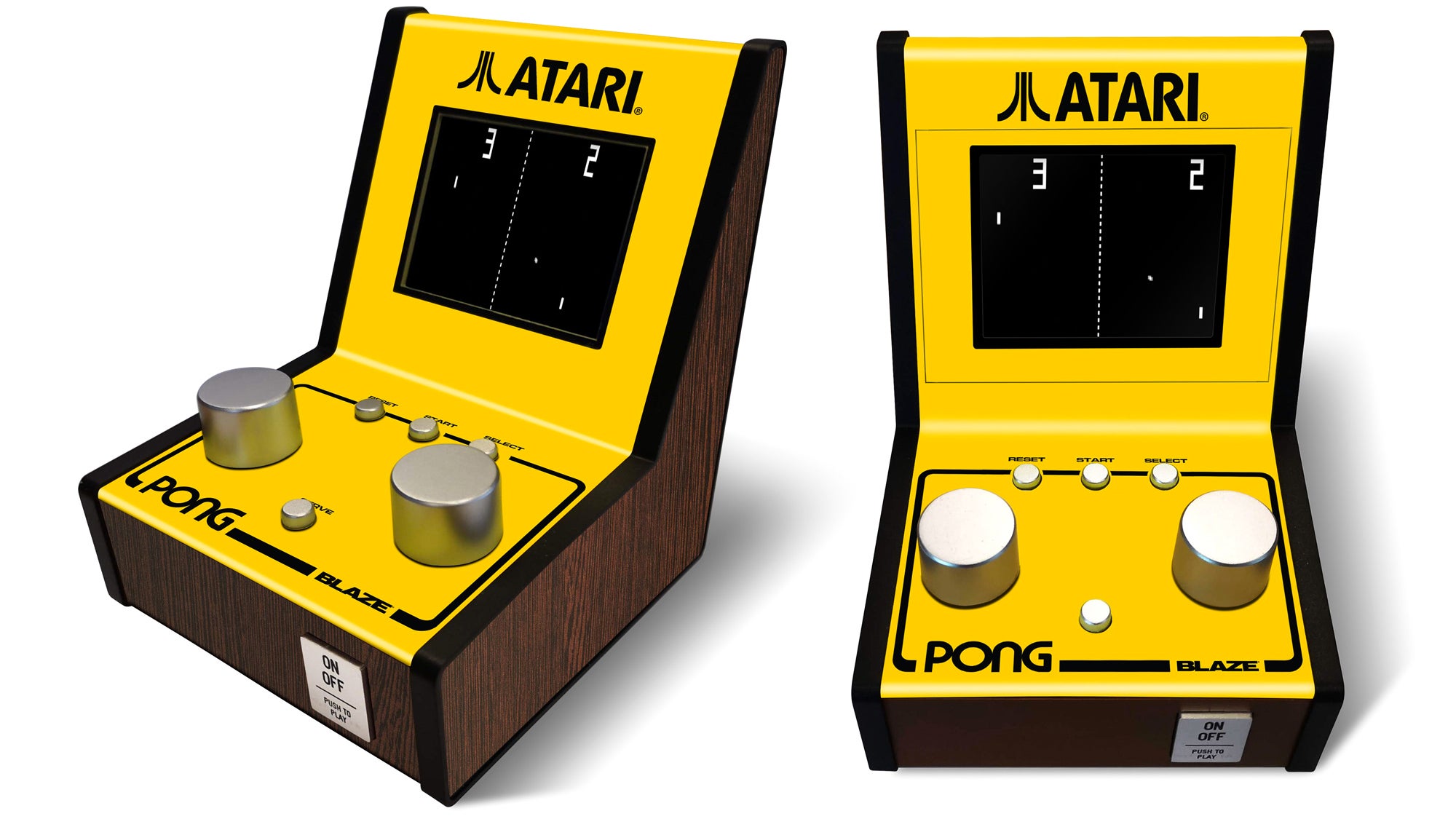 The game that launched today’s lucrative video game industry returns in yet another re-packaged portable recreation. You can find an iteration of Pong available for nearly every single gaming device ever released, but to truly play the game properly, you need a pair of spinning paddles.

The Blaze Atari Pong Mini Arcade comes with five games in total, but it’s Pong itself you’ll want to focus on, and with two paddle controllers you’ll be able to challenge a friend — as long as you don’t mind crowding around a 8cm screen.

It will be available in the UK come September for about $30, and PQube is currently looking to bring it other international markets soon. 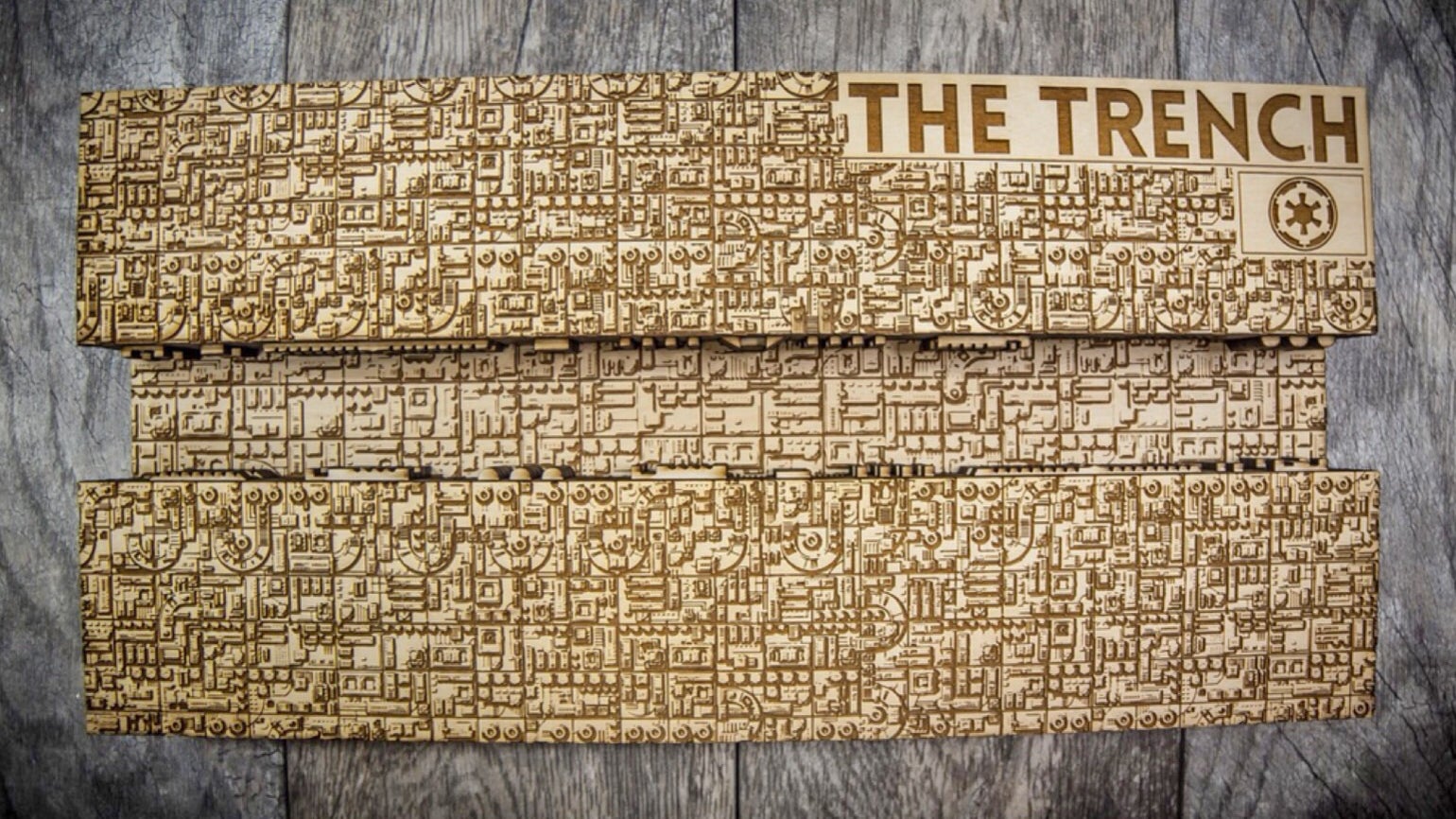 Commemorate one of the most climactic moments in film history with this laser-cut wooden recreation of one of the Death Star’s thousands of miles of surface trenches. The level of detail is staggering, although it begs for a miniature wooden version of Luke’s X-wing being chased by Vader in his TIE Fighter.

At 41cm long, the smallest version of this piece can be hung on your wall as a piece of art for $150. But there’s a grandiose, 102cm option too that can be converted into a coffee table with the addition of a glass top and some legs. That’s $600 well spent. 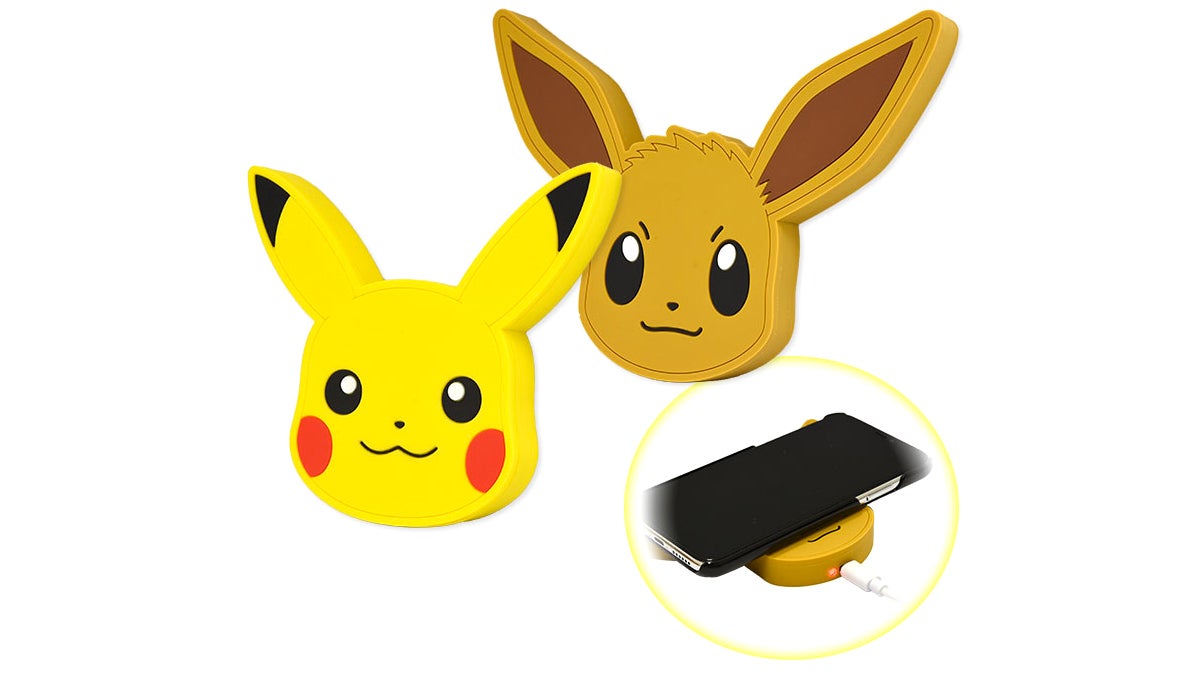 If you’re going to turn a Pokémon character into a wireless smartphone charger, you don’t really have a choice of who’s going to get the nod. The spark-throwing Pikachu is the obvious pick, but there’s a good argument for Gourmandise choosing Eevee as well, who can be evolved into the thunderbolt-dropping Jolteon.

For $54 you don’t get much in terms of features on these wireless charging docks, but anyone pre-ordering either version almost certainly doesn’t care about that.