Mortal Kombat 11 is getting slammed over its supposed equipment grind and the perceived greed of its microtransactions; user-submitted reviews on Steam and Metacritic have been poor. In these reviews, as well as in comments and on social media, fans have complained about the slow pace of earning rewards through gameplay and the randomness of rewards in the chest-strewn Krypt.

Some say the unforgiving grind for coins and hearts and souls, the materials needed to unlock reward chests, seems like it is tailored to push players towards real money transactions as an alternative.

According to a popular post on the PlayStation 4 Reddit, it would cost $US6,440 ($9,173) to purchase every skin in Mortal Kombat 11 with premium currency instead of winning them as challenge rewards or unlocking them in the game’s Krypt.

This maths adds up, in theory, but the facts don’t. You can’t use real money to unlock everything in Mortal Kombat 11. There is no convenient way to buy your way out of the grind.

The slots themselves have to be unlocked; each separate piece of gear must be leveled up through gameplay in order to unlock said slots, which can be filled with collectible augments that enhance skills, offer resistance to certain damage types, or offer other unique benefits.

If a player finds a new piece of equipment and swaps it with an existing one, they need to level it up all over again. It’s exhausting. 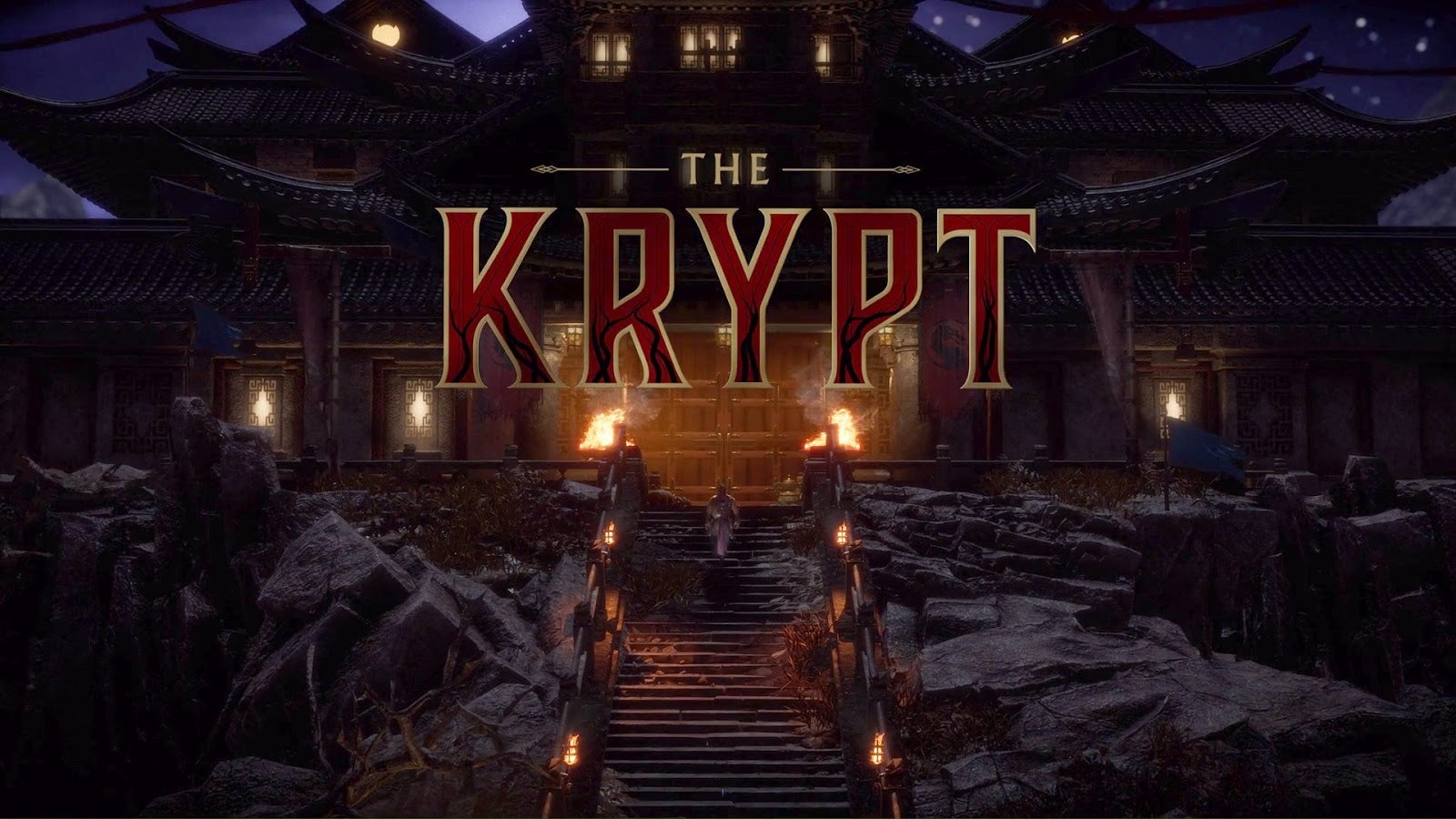 It doesn’t help that rewards are randomised in the game’s Krypt, Mortal Kombat’s third-person adventure side-game in which players can spend in-game currency to unlock treasure chests. Past games’ versions of the Krypt have all featured set treasure locations.

A chest located at coordinates X and Y on the map would contain the same item for all players. In Mortal Kombat 11, the contents of basic chests—those opened using the game’s coin currency—are randomised for every player.

For example, in the PC version of the game, I opened a chest that cost 13,550 coins. I received an augment for a piece of gear, a Cassie Cage skin, and a “Kobat Kard” background. 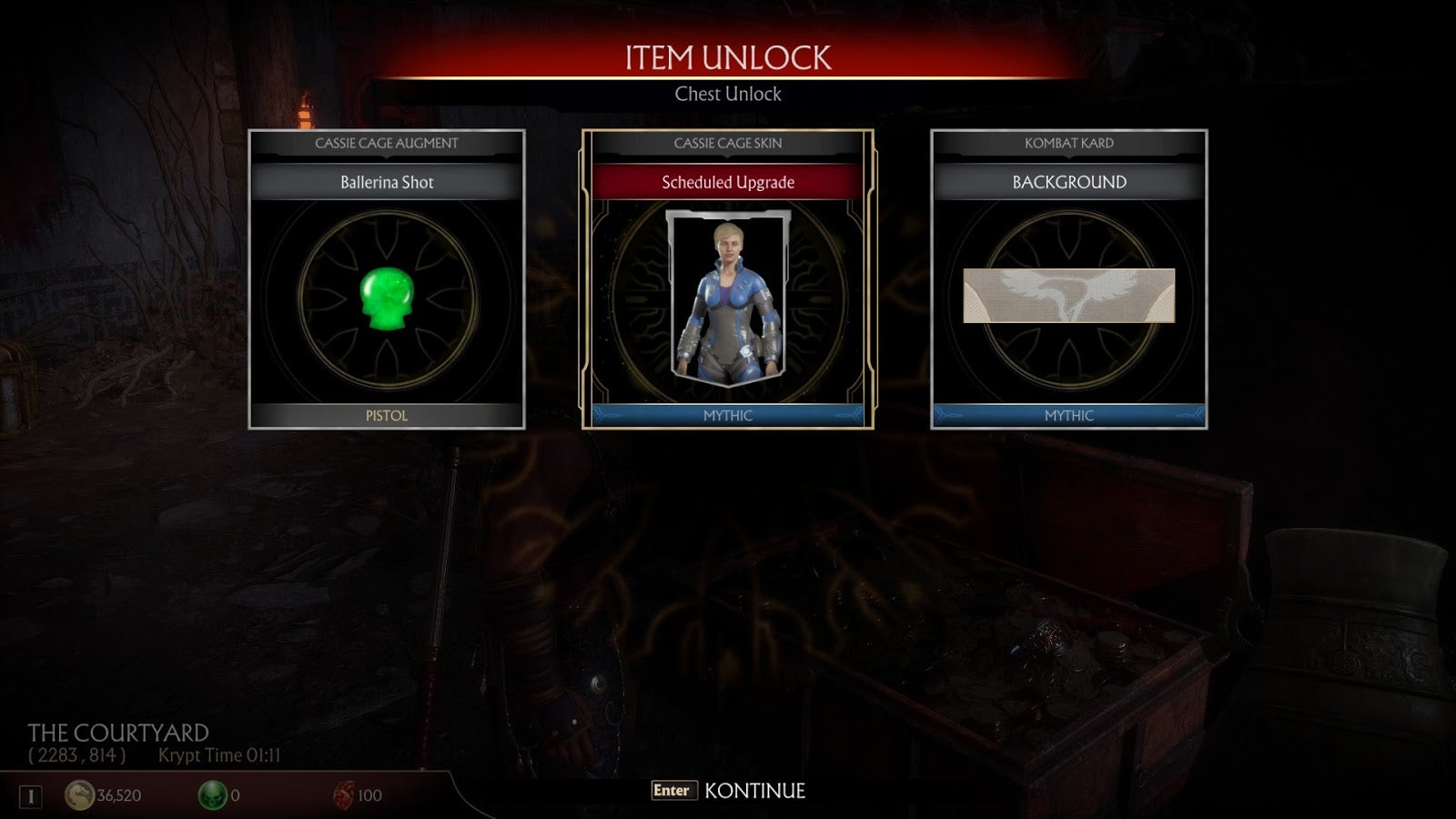 The same chest in the same location in my PlayStation 4 copy of the game cost only 2,550 coins and only contained a variation icon, which is a decal used to personalise a custom-created variation of the character Cetrion, whom I hardly play. 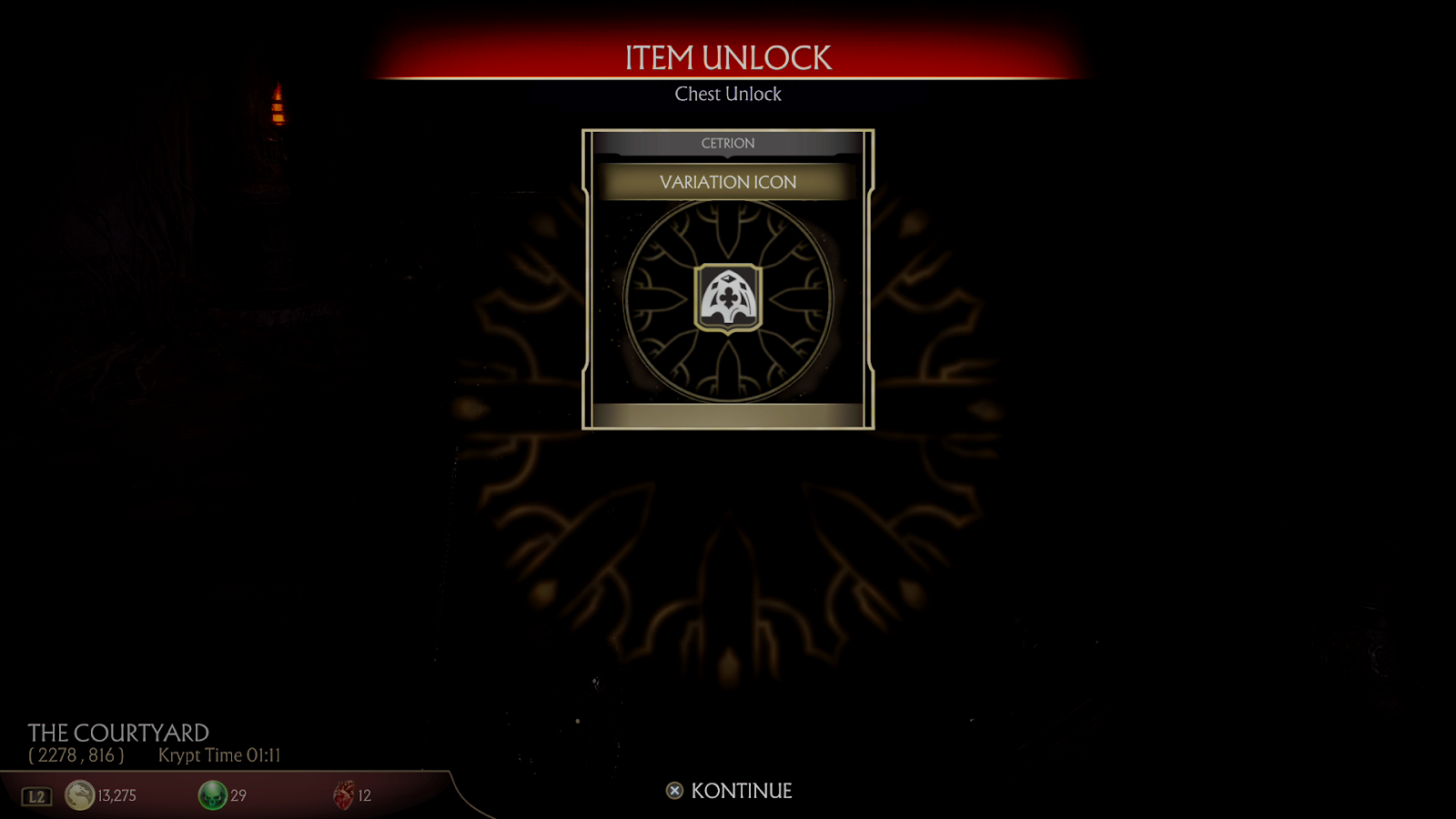 It bears noting that heart chests, which are special chests that require some of Mortal Kombat 11’s rarest in-game currency to open, are in fixed locations and have the same contents for everyone. Fans over at the Mortal Kombat Reddit page have already got them all mapped out. Most other items are random, though.

Could be a skin, or a piece of equipment. Could be a brutality or fatality unlock. Could be random crap like crafting materials or consumable items used to make battles in the game’s Towers of Time mode. The chances of getting exactly the skin or gear I want feels so slim, that if I saw the item pop up in the game’s Premium Store, I’d probably jump at the chance to pay for it.

Back to the calculation from AccomplishedPoet8 on Reddit—that steep $US6,440 ($9,173) figure. First, it’s actually a bit too low. 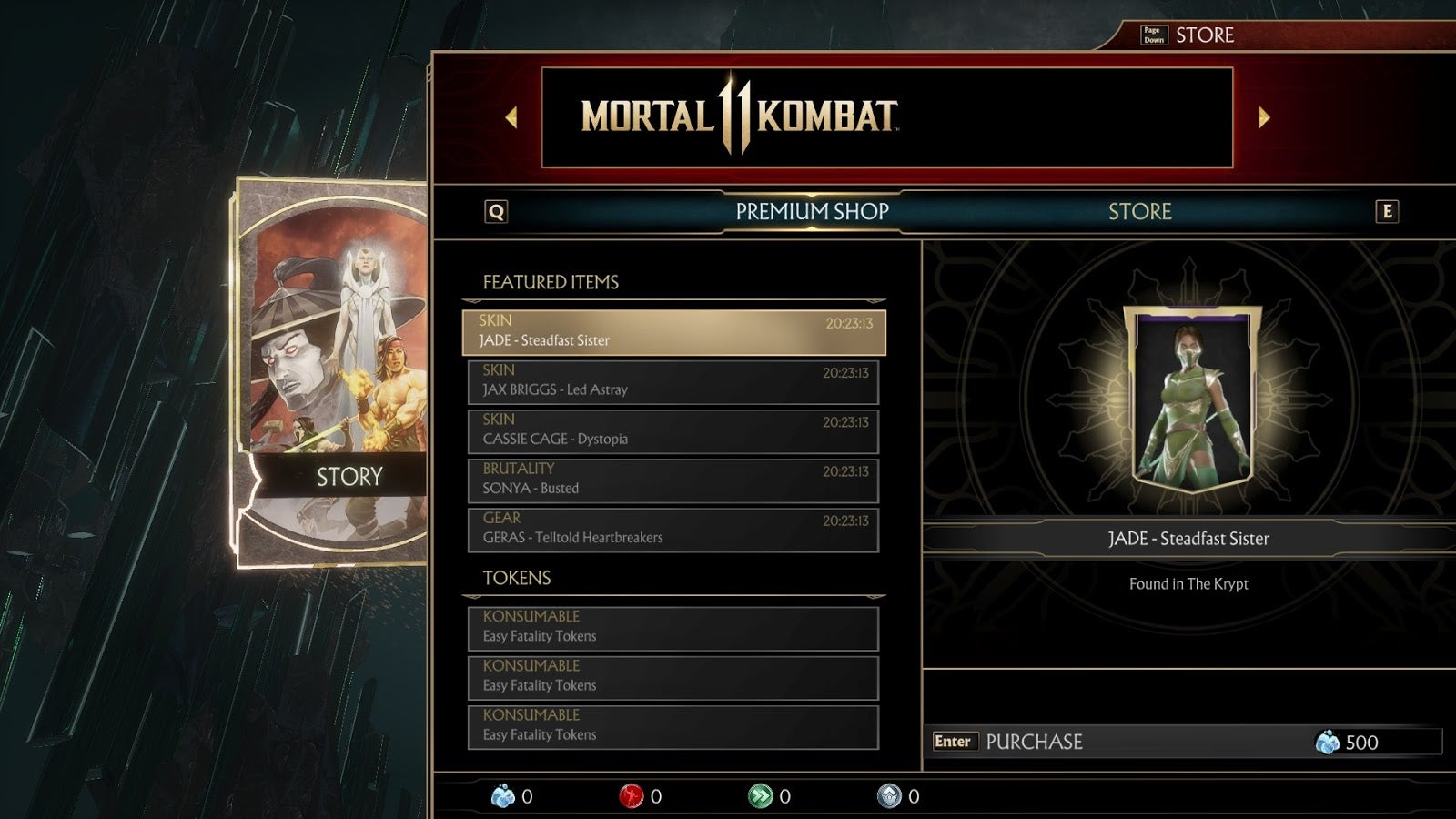 More importantly, these large figures assume that every skin in the game can be purchased. That’s not how Mortal Kombat 11’s Premium Shop works. Every 24 hours (not the 6-8 hours suggested in the Reddit post), the store cycles through offering a series of five items: three skins, a piece of equipment, and a brutality. There are only three skins available in the store every 24 hours.

If there are 56 skins for 24 characters (let’s just say you don’t have Shao Kahn), that’s a total of 1,344 skins. Assuming the store cycled through every available skin, three at a time per day, it would take 448 days to cycle through everything.

And that’s a big assumption. Responding to the $US6,440 ($9,173) story circulating yesterday, game director and Mortal Kombat co-creator Ed Boon tweeted the following:

Where do these people get their information? ???? The VAST VAST majority of MK11 skins are NOT for sale. That's not how @NetherRealm make games. You have to EARN them IN GAME!

So yes, purchasing every skin in the game with premium currency would cost thousands of dollars. But it’s not something that can be done. Time Krystals, the only of Mortal Kombat 11’s currencies that can be purchased with real money, can only be used towards the five rotating items in the Premium Shop or to purchase “easy fatality” tokens, the world’s most unnecessary shortcut.

So why all the fuss? Because due to the way the Krypt is randomised and the slow pace at which in-game rewards are doled out, Mortal Kombat 11 feels like a game that wants more money. The hurdles in the way of getting any specific skin or piece of equipment leave a very cash grabby mobile game type of taste in players’ mouths.

Why else would shit be so complicated to get, if not for the publisher or developer to be planning to offer an easy (but more wallet-straining) alternative?

There is no easy alternative at the moment, but Netherrealm is working to make progression less painful. While the developer has yet to respond to our inquiries on the matter, in a Kombat Kast on Twitch yesterday, the developer announced an upcoming patch will adjust the rate at which in-game rewards get doled out in players’ favour.

Along with the tweaks, each player will receive 500,000 coins, 1,000 souls, 500 hearts and 1,000 Time Krystals, giving each of them plenty of currency to help hunt for those must-have items.