A Throwback Detective Adventure Game Set In A Cyberpunk Future

tales of the iron sea 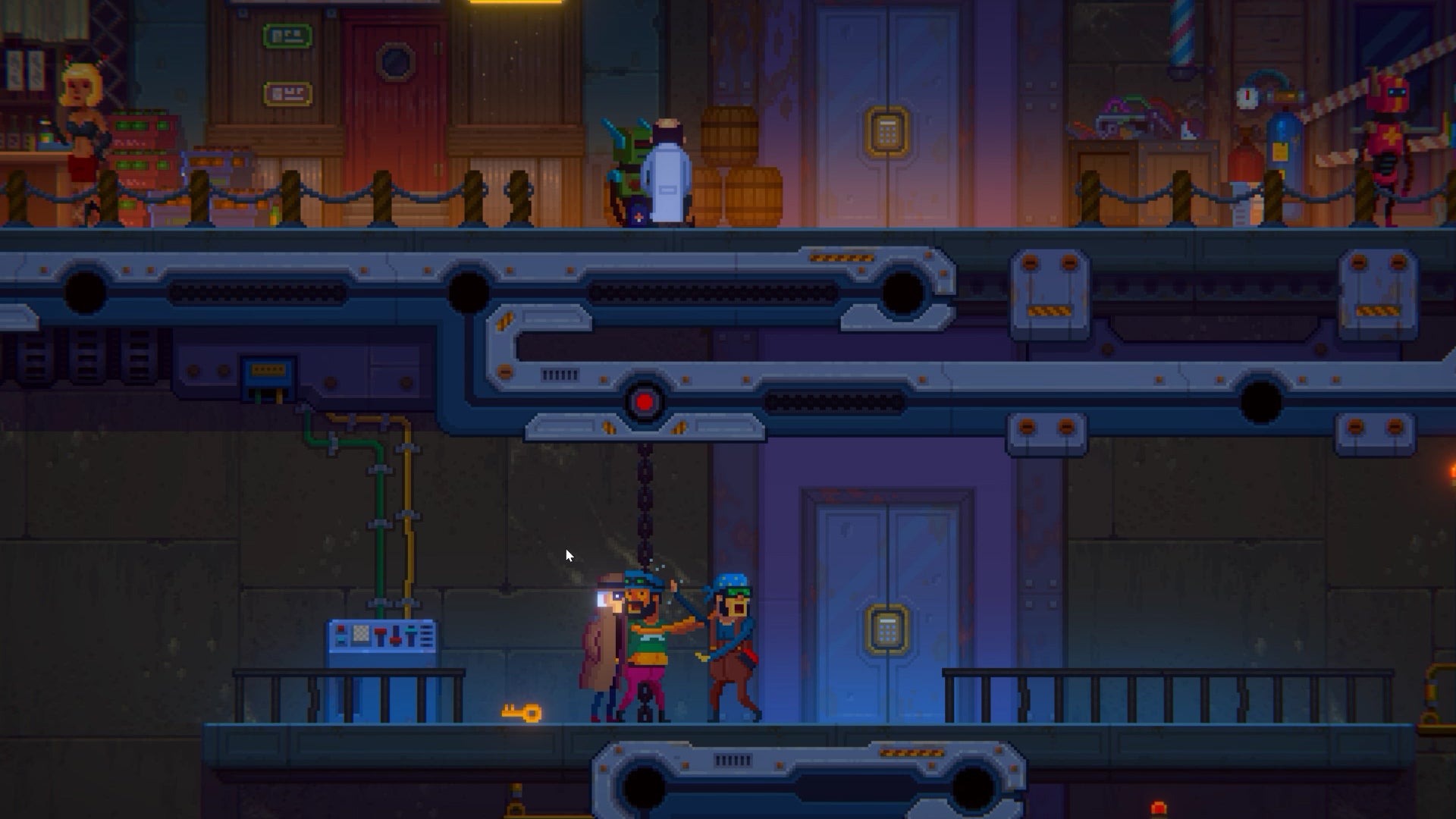 
Watch the video to see how the game plays or read my thoughts down below.

Tales Of the Neon Sea from Chinese studio Palm Pioneer starts with a pretty tedious tutorial in which I walked around its two-dimensional world in search of scraps to repair my character’s severely injured body. The game then cuts to a flashback to where the story begins, just like a noir film or a pulp fiction novel.

You play the role of a seasoned private detective, Rex, living in a rundown building full of your past adventures. You walk around in search of clues and solve puzzles to get to the bottom of various mysteries, ranging from curing a gnarly hangover to who the hell murdered this poor old lady. 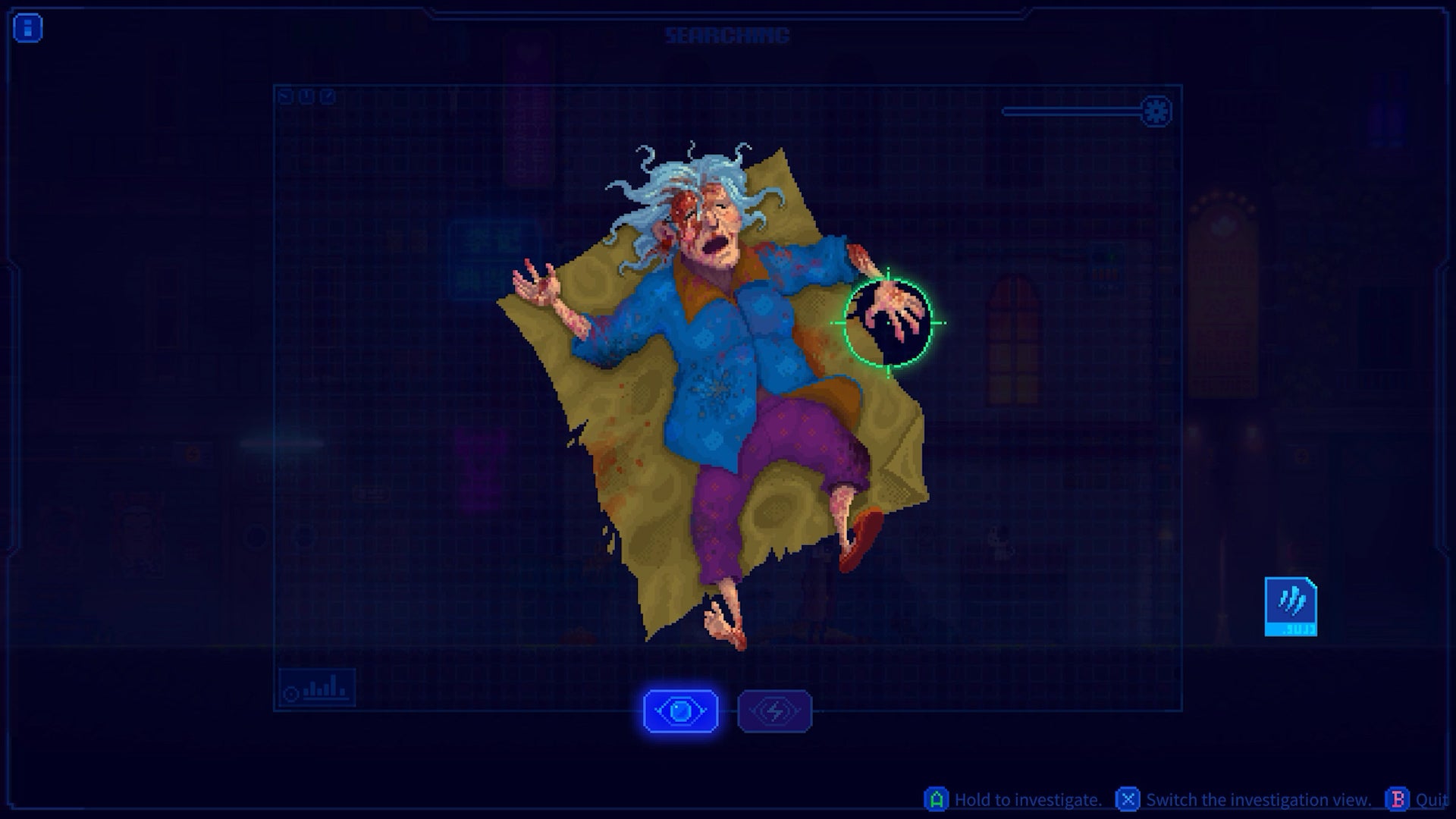 Tales of the Neon Sea reminds me of the days I spent huddled over an old family PC with siblings, and jotting puzzle solutions on notepads.

The game runs you through some of its simpler puzzles in the beginning to get you acclimated to the pacing. Go fetch these key items, use them in designated areas and pay attention to your handy notebook that keeps track of things you might need later.

The puzzles are super linear and straightforward. Playing Tales of the Neon Sea feels like the perfect game to play with someone riding shotgun.

One of my favourite things about the game is how it utilises sound. It’s very subtle, but you’ll hear things more clearly as you approach them. For example, the closer I walked to an open window, the more I heard the noises of the city at night. If I got close to the coffee pot or the fireplace, those sounds became sharper.

The apartment’s creaky floors or an alleyway’s wet pavement add to the game’s texture. You can almost smell the smog or feel the humidity.

The story doles out exposition in standard ways. After arriving on the scene of an active crime scene, a veteran cop tells a more clueless rookie cop that the main character, Rex, used to be a decorated member of the force. The story flows like a fun and cheesy B-movie.

It’s fun, pulpy writing that sheds light on backstory but helps solidify the story and gives the main character a little more dimension.

The story and setting aren’t perfect, though, and fall into the trap of regurgitating cyberpunk metaphors where robots are the oppressed. There is a bountiful amount of T&A littered throughout, and there are even some depictions of stereotypes that made me roll my eyes.

Despite that, the game is a fun throwback to old school adventure games. It also puts an interesting twist to investigating a crime scene for clues. The game takes a cue from Batman Arkham Knight by letting you scan dead bodies or objects for clues. Once those clues are collected, you can combine them to form an analysis.

This part is basically a metal detector simulator, so don’t expect any real challenge there. But once you have come to a conclusion, the game turns those clues into gears inside of a watch that then becomes a puzzle. Fit the gears together in the right order and watch the scene play out using holograms that only Rex can see. 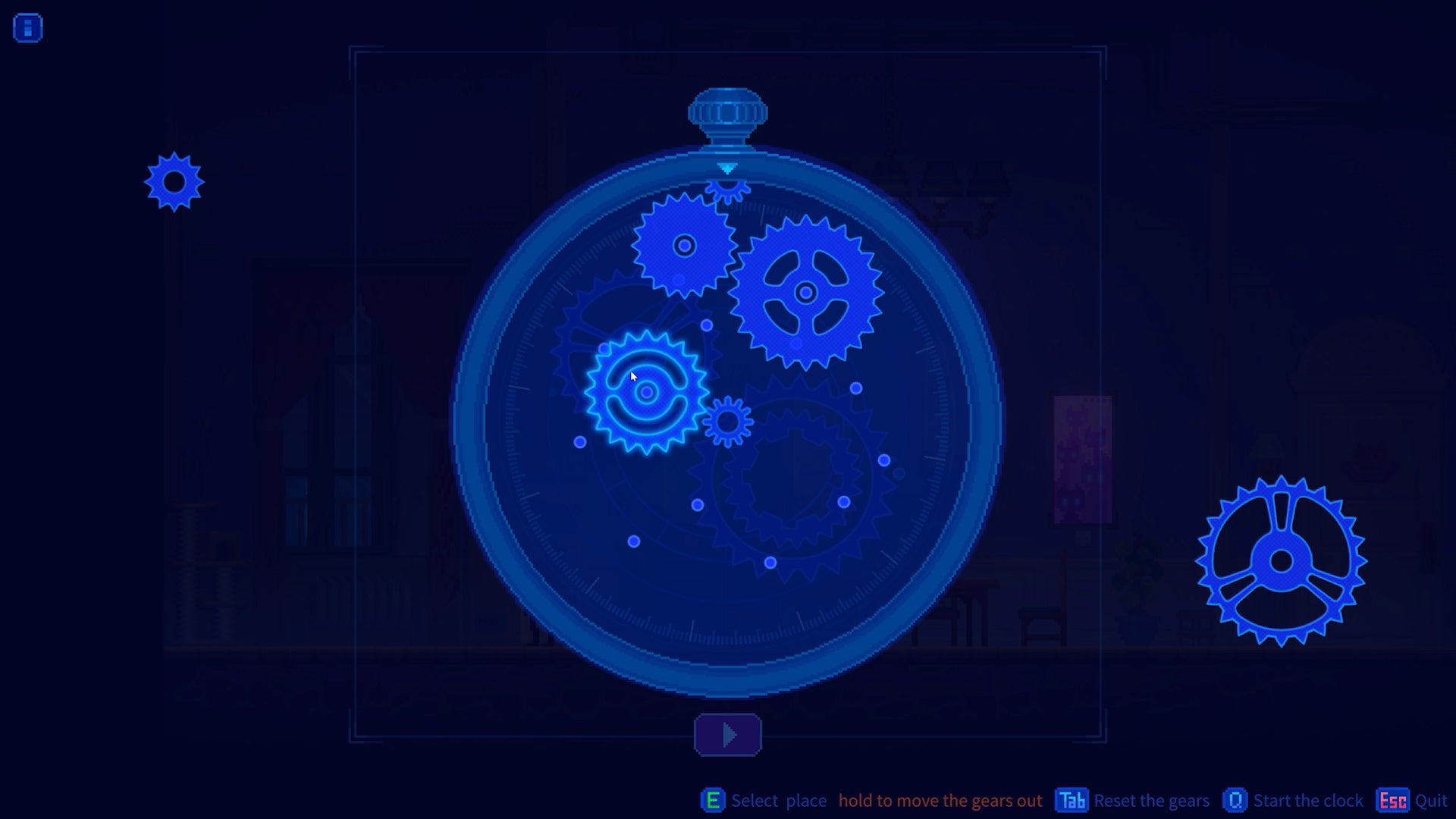 That’s the gist of the game. Perform the right sequence of events and then spend your time figuring out these little handcrafted puzzles in order to progress. Good as these can be, Tales Of the Neon Sea overstuffs the action with these kinds of puzzles, and it can get pretty annoying over time.

The game also has some quirky sequences that put you in the role of William, Rex’s little cat friend, who has to navigate the pretty humorous stray animal underbelly of the city. You jump from window to window doing a bit of gumshoe work, except as a cat.

For example, you could flip some switches, jump around different platforms and find some catnip to get some information out of another cat that will help find a murder weapon. 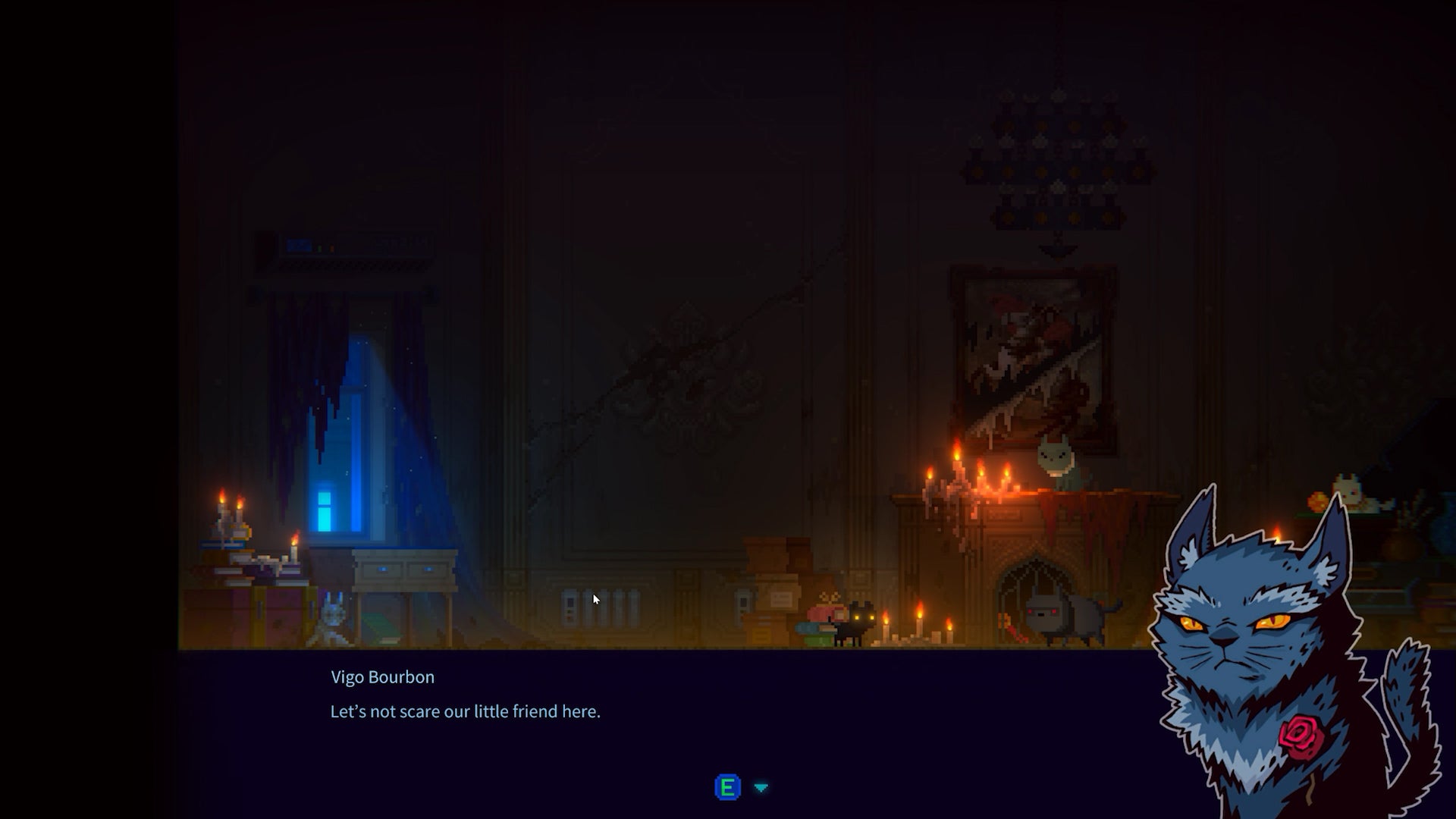 It’s a cute distraction, but a part of me just wishes they were a little more concise. It just isn’t as fun as being Rex and advancing the story where you have a little more to do and piece together.

Despite some puzzles taking a little too long to figure out and that one time I just got stuck on a platform and had to restart the entire game, Tales Of the Neon Sea has charm. If you have fond memories of those old-school adventure games, then this might be worth checking out.

The first three chapters of the game are available now on Steam, and the game’s developer, Palm Pioneer, says they’ll have the rest of the story available this spring.