After Playing Episode 3, I Think I’ve Been A Bad Brother In Life Is Strange 2

The third episode of Life Is Strange 2 has the player grapple with the fact that protagonist Sean Diaz’s younger brother Daniel is his own person. It can go very badly.

Each episode of Life Is Strange 2 is a delight, albeit the kind of delight that has me covering my face with worry.

Sean and Daniel, who have been on the run since their father was murdered, are now living with a bunch of crust punks, trimming weed on an illegal pot farm. It’s a stressful, risky life. Their situation would be hard enough to handle without the fact that Daniel has telekinetic powers, and Sean is trying to raise and guide his absurdly powerful nine-year-old brother.

The bond between Sean and Daniel as Sean tries to take over for their dead father has been the heart of this story so far. When you make choices in Life Is Strange 2, you see whether they just affect Sean, Daniel or both of them represented by two wolves running in the bottom right hand corner of your screen.

More often than not, all the choices you make affect both of you. If you smoke weed in front of your brother, you’ll see those wolves run together on the screen.

I’ve been waiting for my risky choices and dumb decisions in previous episodes — all the times I stole to try to survive, lied to people to keep Daniel safe or yelled at him for using his powers out in the open — to bite me in the arse. This episode, that happened.

Daniel has been growing stronger and stronger between this episode and the last one, and while it’s impressive, it’s also a little scary. At one point, Sean calls him “Akiraniel”, after the character from the anime and manga Akira, which also features absurdly powerful psychic children.

Not being able to intimidate Daniel makes it harder to parent him. He knows he’s stronger than you, and his arrogance is more frightening than his power. 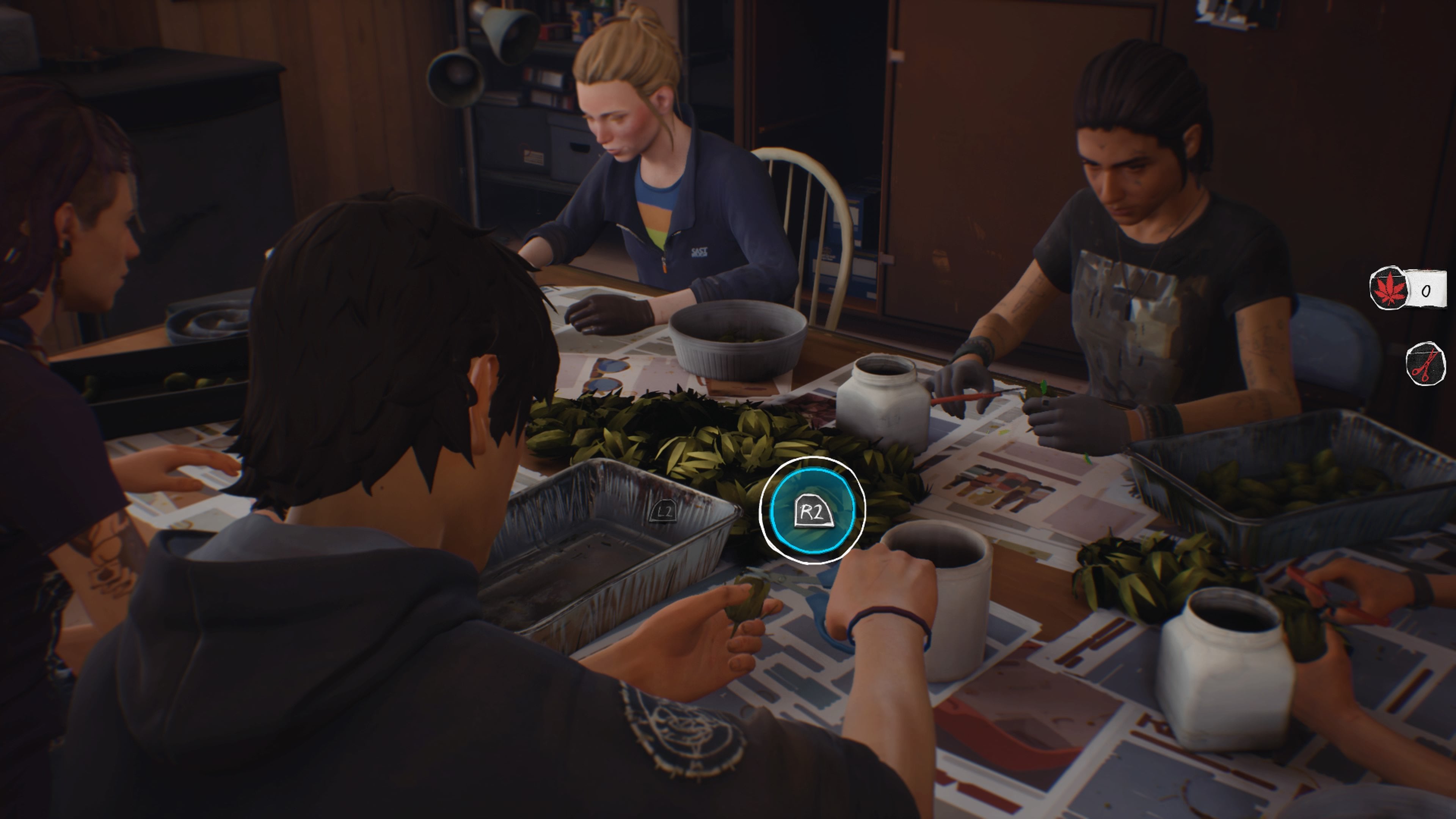 Life is Strange Episode 3 isn’t all darkness, of course. Living with the crust punks is the first time Sean and Daniel have had anything approaching a social life. Sean desperately wants to spend time with them, though he also knows that Daniel is resentful of his absence.

It was hard not to let Sean have a little fun, especially as this episode features a few romantic interests. Because Sean has to be the responsible one and Daniel’s caregiver, it can be easy to forget that he’s also still a child.

My Sean ended up hooking up with Cassidy, though I think I’ll always be curious about how things might have gone with Finn. Though he can be self-centred and reckless, Finn’s also a calming presence in Sean’s life and gives him an ear whenever Sean needs to vent about his many problems.

Despite these moments of comfort, things went very bad for me in this episode. Normally in these kinds of games, I make myself live with my choices. But now, seeing the violent aftermath of how I’ve been raising Daniel, I fear that I’ve been doing things all wrong.

The game warns you in each episode that Daniel will follow your lead. If you steal, he will steal. If you lie, he will lie. If you let him use his powers in moments of danger, he will do it. And in this episode, you have the opportunity to steal, lie and get into plenty of danger.

The pot farm isn’t a happy hippy commune. Your boss and his goon are armed, and they make sure you know that they aren’t afraid to hurt you.

After seeing how it can all shake out, I want to give Daniel a better shot at the hard life he’s had so far. Through my choices in this episode, I can tell that I’ve been too hard on a kid who is trying to find his own identity and grow up. Things went so bad I’m considering replaying.

Maybe if I do go back and replay, I’ll have Sean pursue Finn. Maybe I’ll be a better brother to Daniel. I know that I’ll have to deal with the consequences of my actions in the next episode, no matter what choice I make.